Editor’s note: For the latest version of this story, see 8 Trips You Didn’t Know You Could Afford in 2019.

Thanks to expanding air routes, tour deals, and favorable exchange rates, bucket-list experiences are more affordable than ever—if you know where to look. Here’s where to head for the best value on a newly affordable vacation in 2018, before everyone else gets there.

A Budget Destination for Every Month of 2018

Dreaming of sailboats in Victoria Harbor, but budgeting for an affordable vacation? West Coasters might be able to get there for less than they’d spend flying across the U.S.—Hong Kong Airlines launched flights between L.A. and Hong Kong in late 2017 that have been selling for under $500 round-trip. That’s about $33 for every hour you’ll spend in the air flying there.

Once you arrive, Hong Kong is your oyster: Visit temples, sample street food, and peruse shops and restaurants on your own walking tour, or book one through Viator (our sister site). Use fast and affordable travel options like public transit to explore the corners of this bustling island; hop the ferry to Kowloon for a view of the island’s cityscape and to explore the mainland. Hotel rooms for under $150 per night are easy to find, so with the right airfare, Hong Kong could cost you about the same as an affordable vacation to some American hubs.

Get prices for Hong Kong hotels 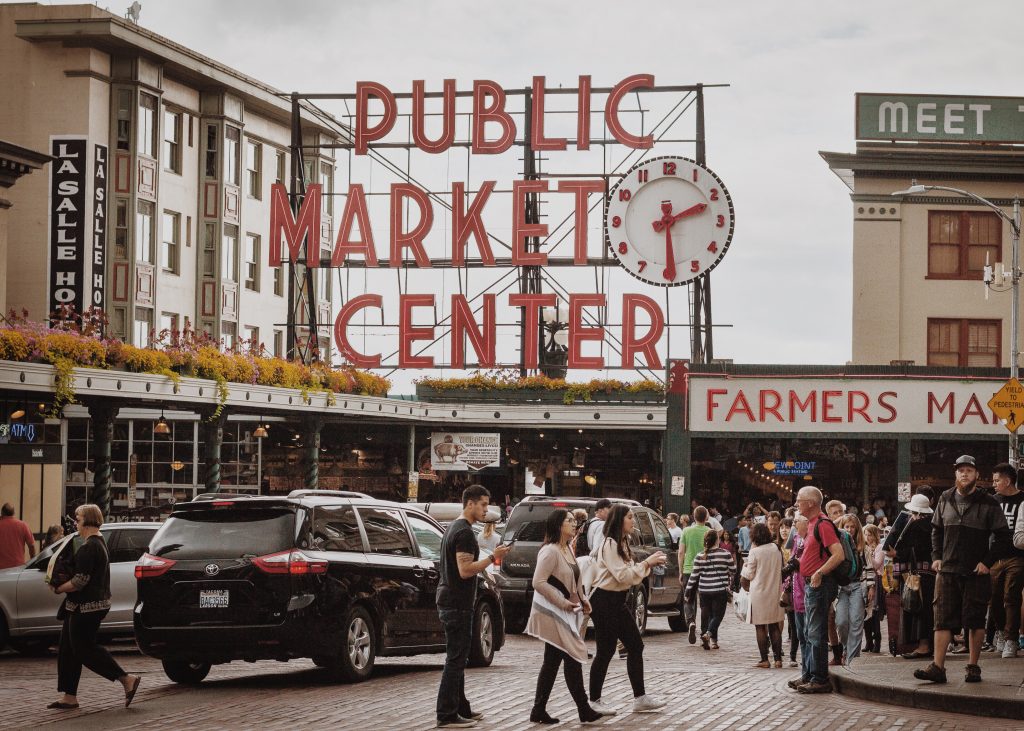 Sprawling stateside hubs can be surprisingly affordable travel options if you’re willing to take a budget airline and forego your carry-on bag. Spirit Airlines recently launched daily seasonal Seattle flights through Chicago O’Hare, Dallas-Fort Worth, Fort Lauderdale, and Minneapolis-St. Paul, so the Puget Sound’s parks, seafood, and surrounding natural scenery just got a lot closer (and cheaper) for many Americans.

Get prices for Seattle hotels

A surprisingly affordable vacation that’s as dreamy as (and less crowded than) India or Thailand, Sri Lanka’s rapid growth as a tourism destination means its air routes are quickly becoming cheaper while the island’s on-the-ground costs are still ultra-affordable.

Flights from the East Coast are as low as $700 round-trip from New York City during monsoon season. Once you arrive, food and accommodation won’t cost you much more: “Sri Lanka 3-star hotels start at just $13 per night,” Senior Editor Jessica Bisesto of deal-hunting website TravelPirates says. “Meals are inexpensive and budget travelers can enjoy three square meals from $9 per day.”

It’s true that delicious local Sri Lankan cuisine—chop chop, hoppers, lamprais—can cost as little as $3 per meal. However, larger tourist areas like Mirissa’s beach resorts and Colombo’s larger hotels will of course charge more, so remember that it pays to get off the beaten path. Many Sri Lankan locals speak English, and rainy season is still a worthwhile time to visit: you’ll have cave temples and wildlife safaris virtually to yourself.

Get prices for Sri Lanka hotels 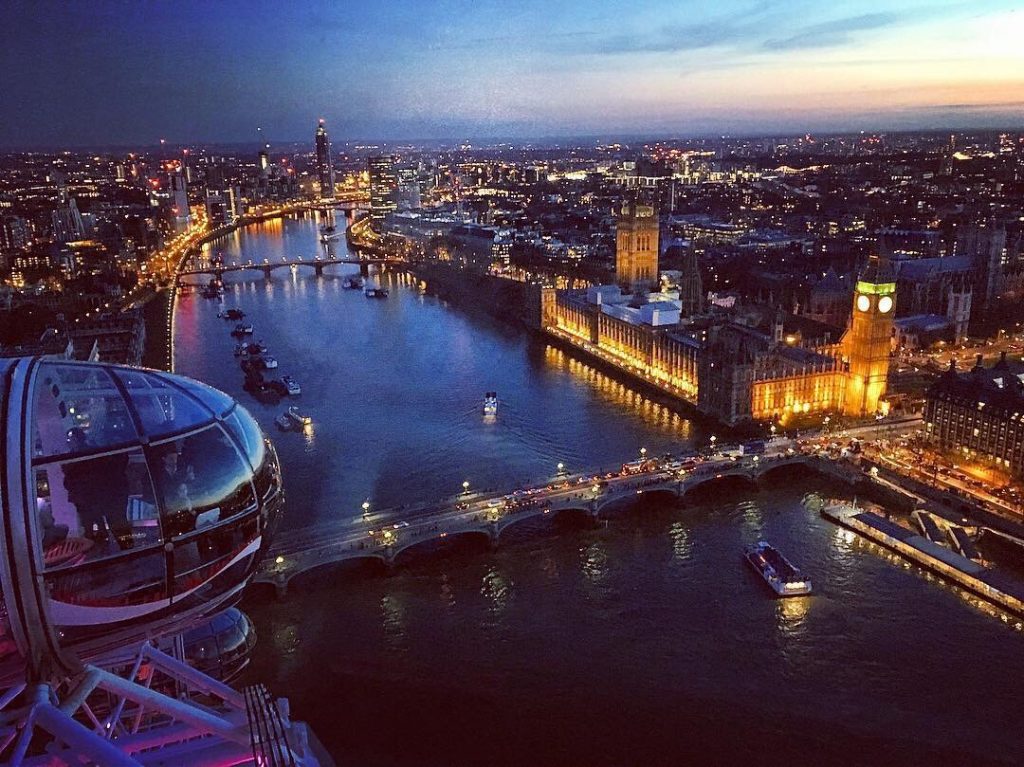 The U.K. has become a far more affordable travel locale in recent years due to largely negative news for England: Brexit led to an economic downturn, and recent high-profile terror attacks have made some tourists think twice about visiting. But, there’s one solidly positive reason for England’s newfound affordability: expanding air routes.

The newest carrier to launch London transatlantic service is Primera Air, which now flies from Boston to London and Birmingham for as low as $99 one-way. British Airways also recently launched flights to Nashville–introducing the area’s first non-stop route to England, which opens the door to an affordable vacation across the pond for an entire region of Americans. International low-cost carriers WOW and Norwegian Air offer routes from around the U.S. that continue to cost as little as $69 one-way, and are still expanding.

Once you’re across the pond, Airbnb is thriving in London with an average rental rate of $115 per night, and sister-site TripAdvisor Vacation Rentals are in no short supply. Undercut big-city restaurant costs by grocery shopping so you can eat in some days, and the case for converting your dollars into those now-only-slightly-pricier pounds has never been stronger.

Get prices for London vacation rentals

After hurricanes Harvey and Irma last year, much of the Caribbean will no doubt be looking to rebound through tourism in 2018. Expect lower-than-average hotel prices to entice travelers seeking an affordable vacation: Islands like Grand Turk have recovered completely, so you can feel good about heading to a destination that depends on tourism bouncing back.

Round-trip flights are around $350 from northeastern cities like New York and Boston, and $200 from Florida. Best of all, you won’t need to worry about converting your U.S. dollars.

Get prices for Turks and Caicos hotels

You might never become a royal like Meghan Markle, but you can travel like one on a surprisingly affordable vacation. England’s Prince Harry and the American actress made headlines for vacationing at his favorite safari camp in Botswana—but the country is also perfect for an affordable vacation if you’re seeking a value safari.

Explore the Okavango Delta on a 10-day trip with Intrepid Travel for $1,100, which includes a local guide, transportation, some meals, and experiences at a rhino sanctuary, Chobe National Park (famous for its large population of elephants), and Zimbabwe’s famous Victoria Falls. The trip starts in Johannesburg, where flights to and from the U.S. are surprisingly affordable travel option: Fares as low as $800 round-trip from hubs like New York and Los Angeles aren’t uncommon in the off-season (December through April).

Get prices for Botswana hotels

Airfare to far-off Argentina can be a splurge, especially compared to the rest of South America—but prices on lodging just dropped considerably for one big reason. Argentina’s government recently lifted its hefty VAT (value-added tax) that has long imposed a 21 percent increase on hotel stays for international visitors. The tourism-friendly change means three and four-star hotels are often priced around $100 per night, so you can consider bucket-list spots like Buenos Aires and Mendoza wine country at 21 percent off.

Argentina’s currency has also swung in Americans’ favor recently: One U.S. dollar is currently worth about 19 Argentine Pesos (for up-to-date currency conversion check XE.com). For comparison, in early 2017, the dollar was worth about 15 Argentine Pesos. There’s also no shortage of free things to do on an Argentine affordable vacation in Buenos Aires: stroll the botanical gardens, visit the ecological reserve, see the famous Recoleta Cemetery, or take advantage of a free local walking tour.

Get prices for Argentina hotels

Low-cost carrier Southwest announced in late 2017 that it will soon begin selling fares to Hawaii, which will likely create competition that will drive down Hawaii flight prices on other airlines as well—a phenomenon known as the Southwest Effect. Few details of Southwest’s planned service have been offered up, but keep an eye out for cheap fares from West Coast hubs as Southwest reveals more information.

Get prices for Hawaii hotels