Tokyo, Beijing, Bangkok, Delhi—chances are some of the behemoth mega-cities in Asia have made it onto your bucket list. But you might not know about many of the still-massive metropolises hiding in plain sight across the continent.

Hidden Cities in Asia You Probably Don’t Know About

Little-known off-the-beaten-path Asia hubs like Suzhou, Surabaya, and Hue have just as much to offer, yet far fewer tourists. Here are the hidden cities in Asia you didn’t know you wanted to visit.

10 Asian Cities That Should Be on Your Bucket List

Perhaps one of the most overlooked cities for China travel is the “Venice of China.” Just a 90-minute bullet train ride from towering Shanghai, Suzhou is a city of 10 million—bigger than some better-known cities in Asia like Seoul—that’s rife with bridged canals, exquisite gardens, and hilltop pagodas. The massive city (3,200 square miles) is super accessible for a weekend trip from Shanghai, and hasn’t quite joined the tourist track yet.

Where to Stay: Hotels in underrated Suzhou are ultra-affordable, meaning you can spend a lot less on a big-name luxury hotel that would normally be a splurge, like the Shangri-La Hotel Suzhou. 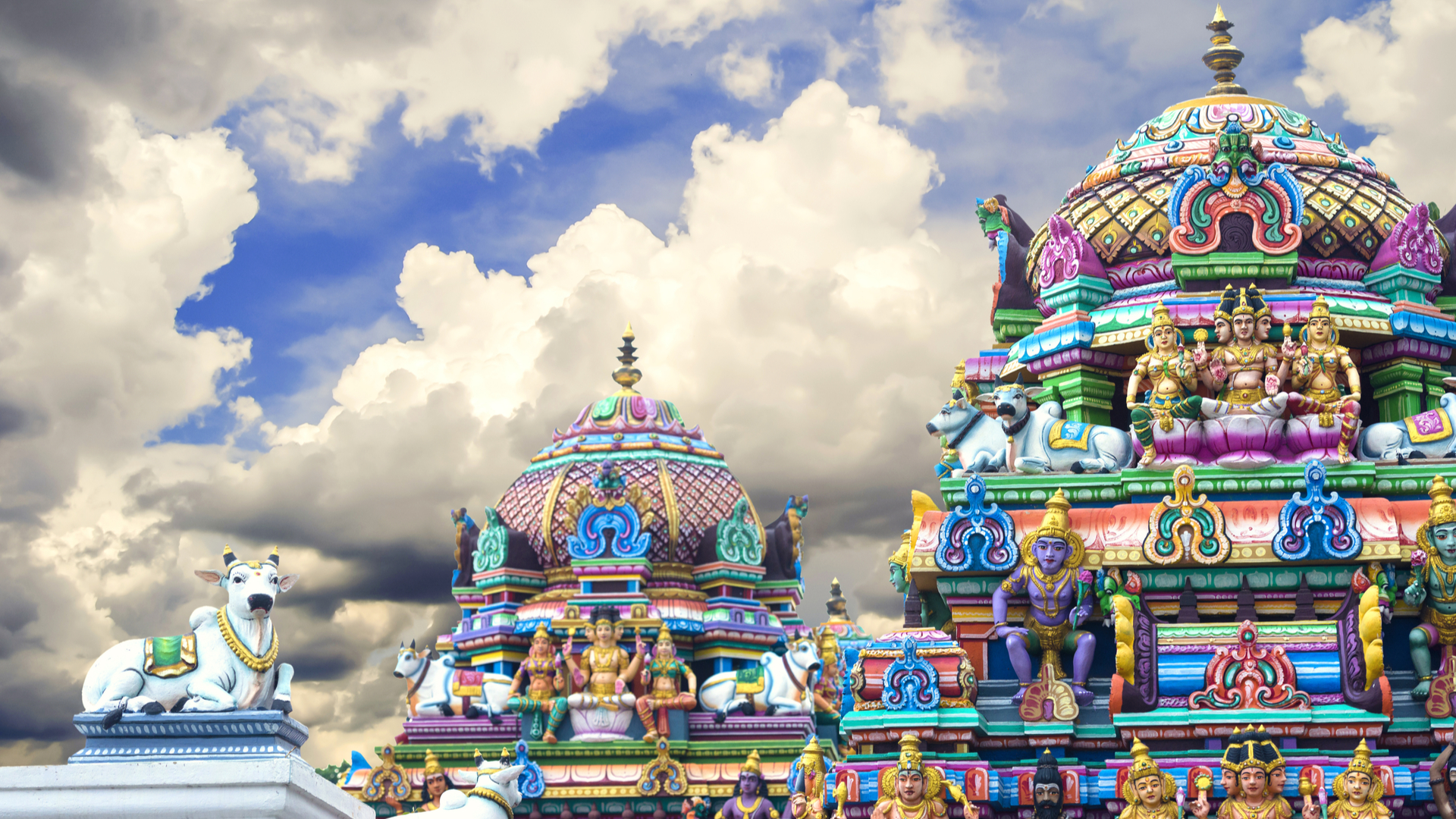 Bigger than Kolkata and Jaipur, coastal Chennai might be the perfect introduction to overwhelming India’s colorful temples and fiery Tamil food. British colonial history runs deep here in the form of the East India Trading Company outpost turned museum, Fort St. George. Cathedrals and colonial museums meld with South Indian culture like Hindu temples and bustling Marina Beach, an urban swimming spot where locals and visitors alike love to sun themselves and swim in the Bay of Bengal.

Where to Stay: An Instagram-worthy hotel fit for a queen, the Leela Palace Chennai packs value and style just a five-minute walk from the beach.

A very off-the-beaten-path Asia destination, the capital of Bangladesh is becoming more popular to travelers looking for undiscovered Mughal forts, colorful palaces, and intricately decorated mosques. One of the megacities in Asia, 100-square-mile Dhaka is home to over 8 million people.

Where to Stay: Live like a (futuristic) local by opting for apartment-style digs at Space Hotel and Apartments Dhaka, which have big kitchens and terraces for the best city views. 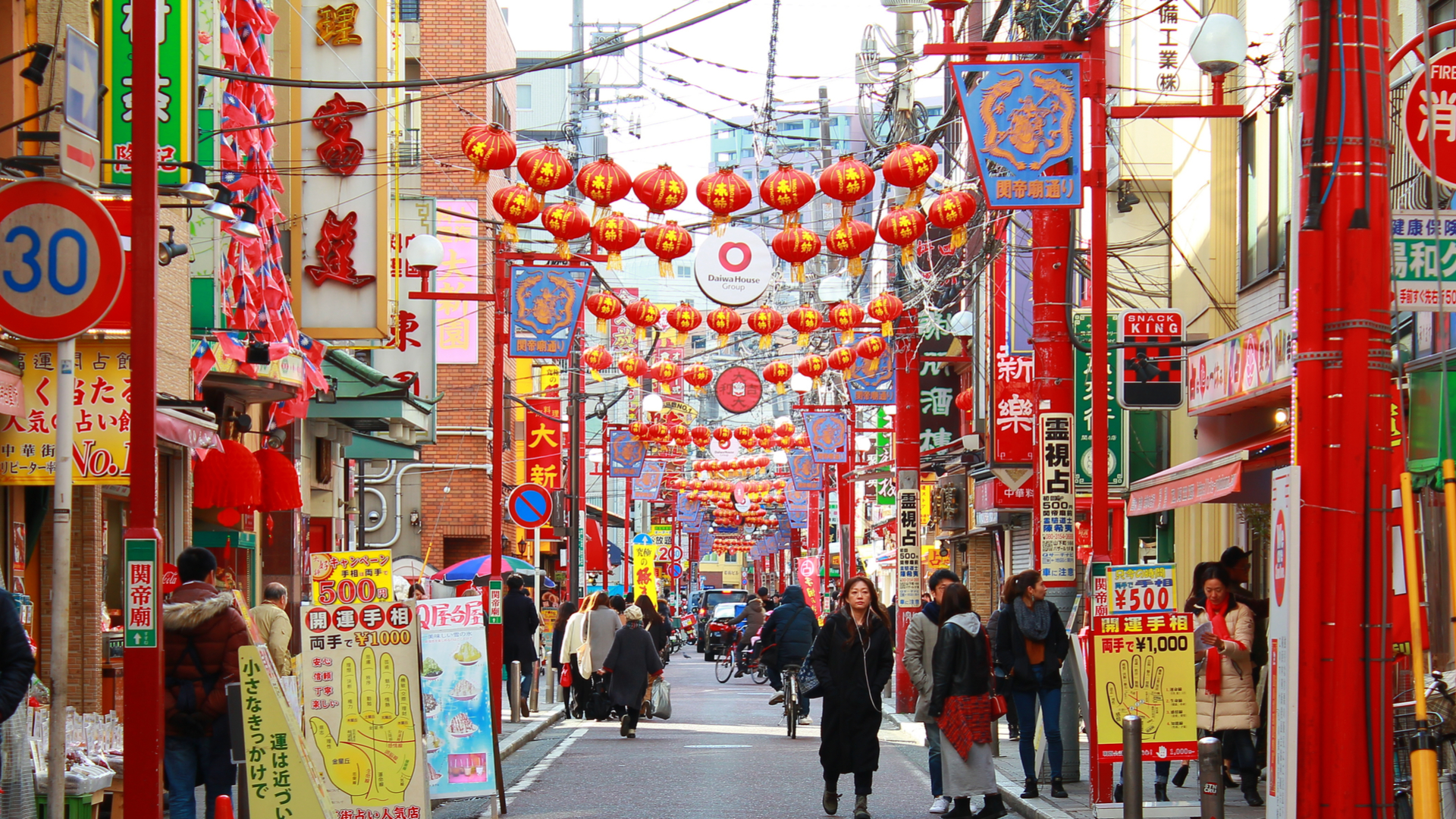 South of Tokyo, Japan’s port city of Yokohama is a smaller seaside option when it comes to cities in Asia for botanical gardens, skyscrapers, and a sprawling Chinatown. Yokohama’s waterfront, museums, and historic pagoda-style homes attract visitors already, but far fewer than overwhelming Asian cities like Tokyo and Hong Kong, so you can slow down and get more familiarized with the culture.

You might know Incheon as South Korea’s award-winning, high-tech airport, rather than the city home to almost three million people. Much smaller than Seoul, the city is a favorite for its island beaches, amusement parks, and a replica of New York’s Central Park: Songdo Central Park. Manmade lakes, parks, and markets make it a great stopover for family-friendly fun.

Where to Stay: Famously expensive South Korea is affordable if you’re staying at the sky-scraping Orakai Songdo Park Hotel, which visitors love for its pool and close proximity to Songdo Central Park. 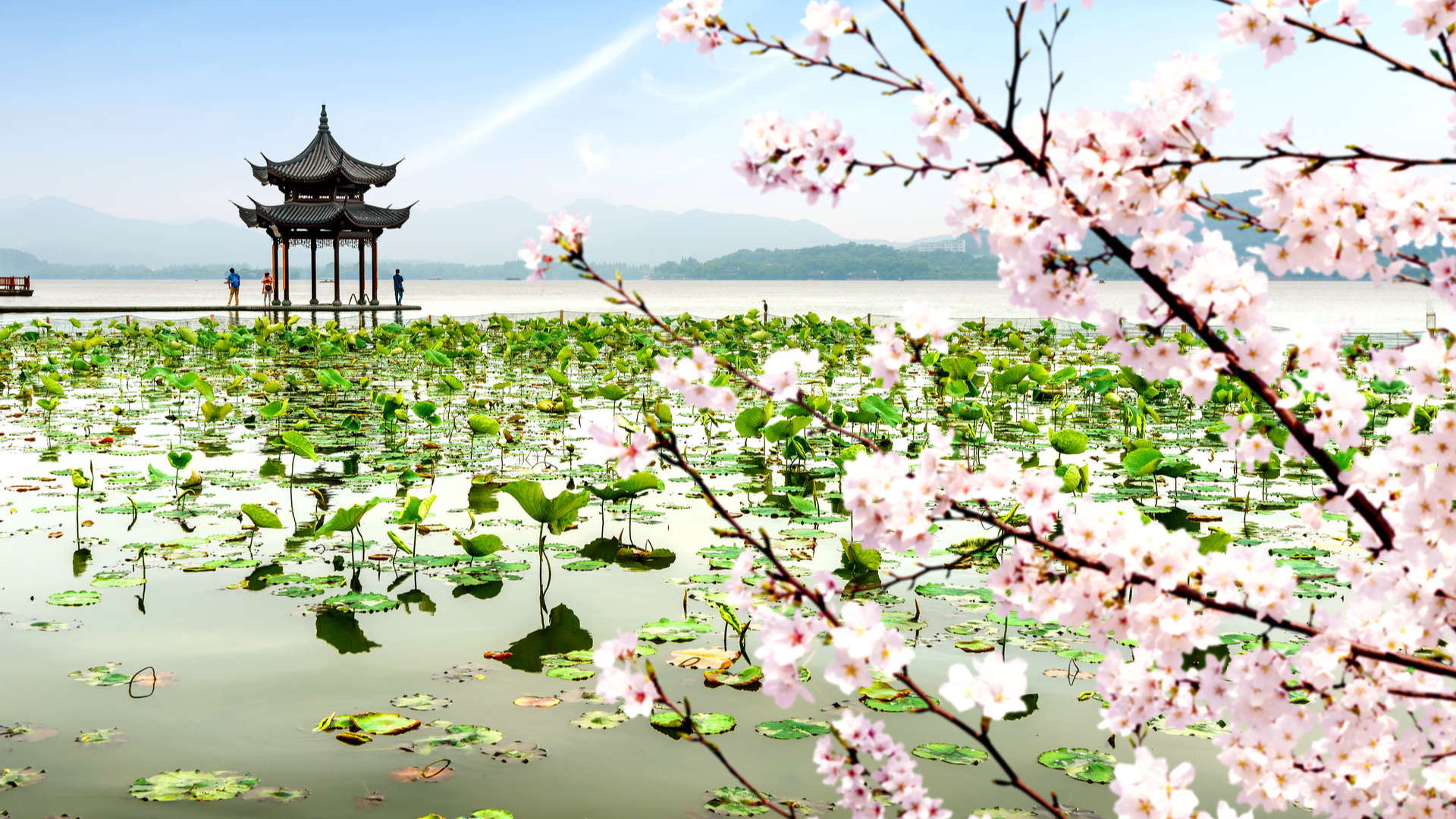 The capital of Zhejiang province, Hangzhou sits at the end of China’s Grand Canal and is home to scenic lakes, ancient cave temples, and cultural institutions like the National Tea Museum. Don’t miss the historic temples, gardens, and scenery here that date back centuries. Home to almost 10 million people, Hangzhou isn’t unknown to all—it gets its fair share of tourism. But this off–the-beaten-path Asia destination is an underrated city worth including in your trip plans.

Where to Stay: Another opportunity to book a typically expensive hotel in surprisingly affordable China, the Intercontinental Hangzhou starts at under $150 per night. 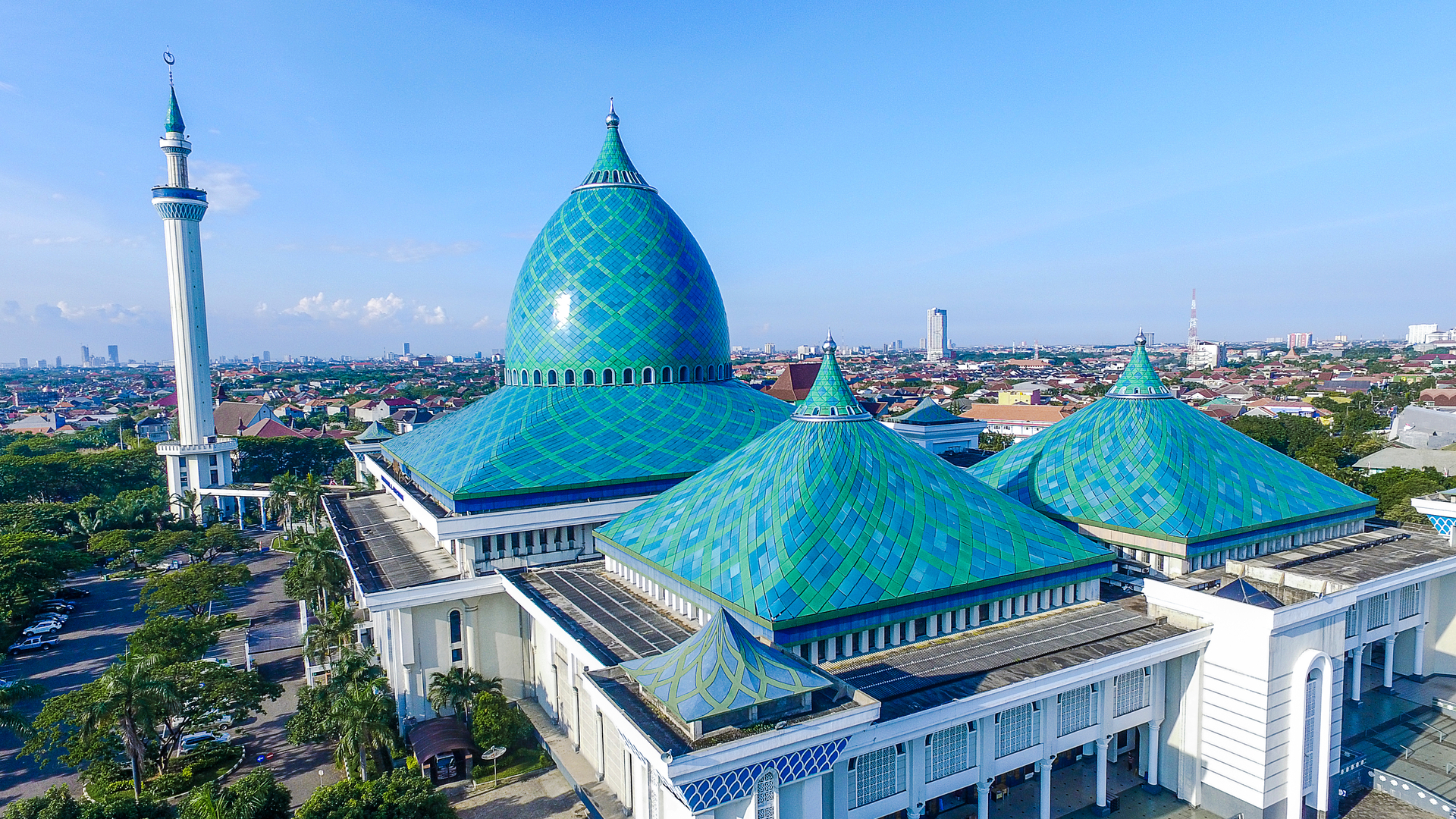 Sitting opposite well-known Jakarta on the island of Java, Surabaya, Indonesia is a smaller city that still boasts a diverse population of 2.8 million people. Adjacent to Bali, Surabaya’s unique scenery ranges from peaceful Javanese gardens and historic mosques to towering skyscrapers and Dutch colonial architecture. Museums, Buddhist temples, and a bustling Arab quarter make it an intriguing cultural stopover on the way to beach relaxation in Bali.

Where to Stay: Spend a lot less for luxury in super-affordable Surabaya by booking a five-star hotel like the Hotel Majapahit Surabaya, a white-washed property frequented for its day spa and close proximity to landmarks like Ampel Mosque.

Perhaps the fastest-growing travel destination in the world right now, Sapporo, Japan is drawing attention for its well-known beer and winter activities like skiing and snow festivals.

TripAdvisor (SmarterTravel’s parent company) recently recognized the 433-square-mile city of two million people as its number-one locale for year-over-year search increase: TripAdvisor users showed 87 percent more interest in Japan than they did last year, and Sapporo saw the largest nation-wide growth with 143 percent more interest. This may mean it’s about to get a lot more touristy—so visit now while it’s still relatively unknown.

Where to Stay: The stylish Unwind Hotel&Bar beckons Sapporo visitors to do just that with rooftop fire pits, cozy internal decor like fireplaces and wood-paneled walls, and a bar/lounge where you can curl up with an inventive cocktail and fur blanket. 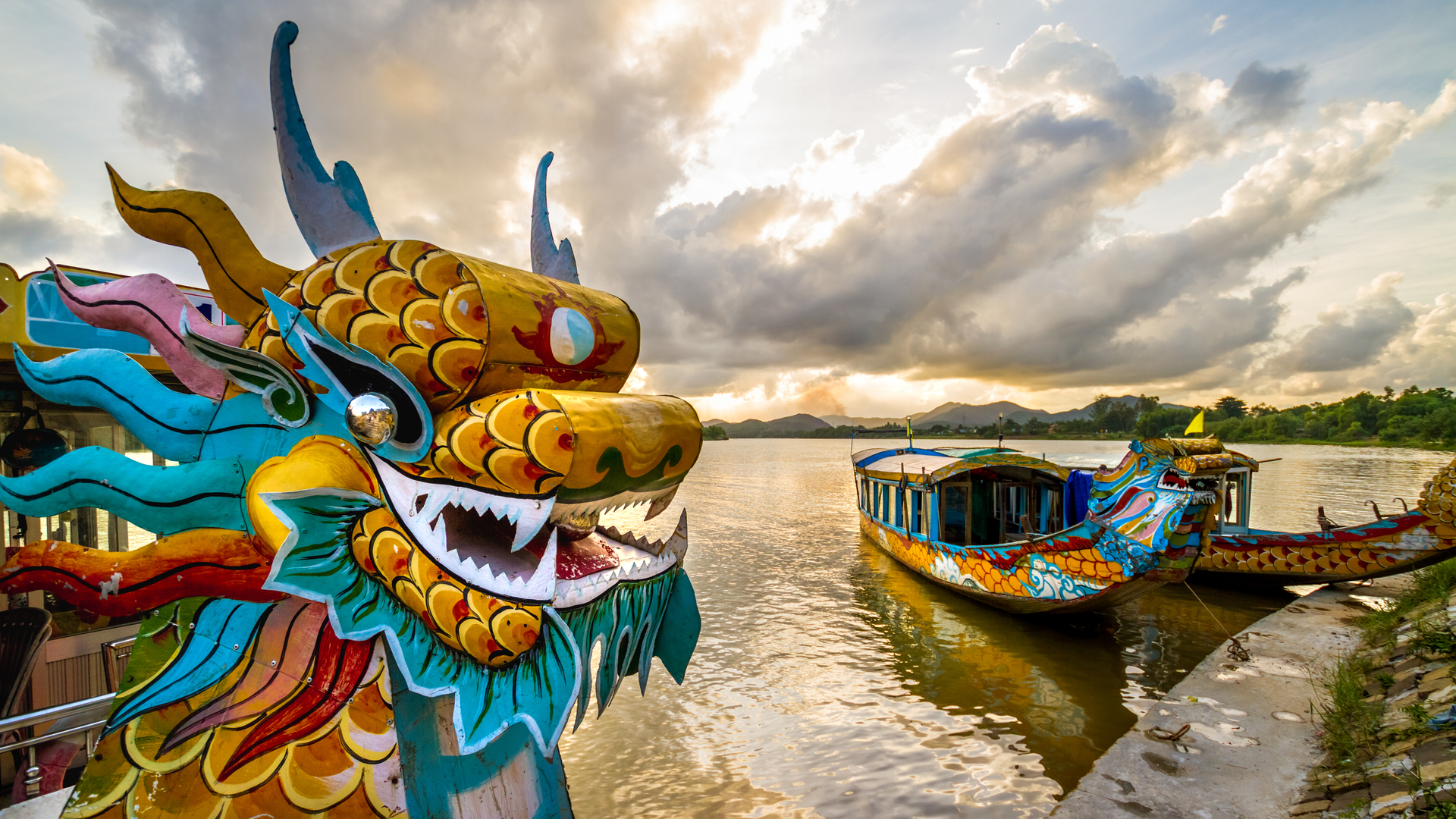 Vietnam’s intricate temples, tombs, and palaces are especially royal in Hue, a small city of 400,000 that was home to the Nguyen dynasty of the 19th century. Not far from Da Nang, a city of 1.4 million people, Hue is rife with historic sights like Khai Dinh Tomb and Thien Mu Pagoda, many viewable from a scenic boat tour along the Perfume River.

Where to Stay: Dynastic Hue calls for the royal treatment at a hotel like the Indochine Palace, which has a large pool and luxurious rooms near the Perfume River for a low nightly rate.