Learn from us, dear reader. In our collective too-many-to-count years of traveling, we’ve made plenty of dumb mistakes while traveling. (It’s how you learn!) We’ll never make them again—and we want to spare you.

Not Going to a Travel Clinic 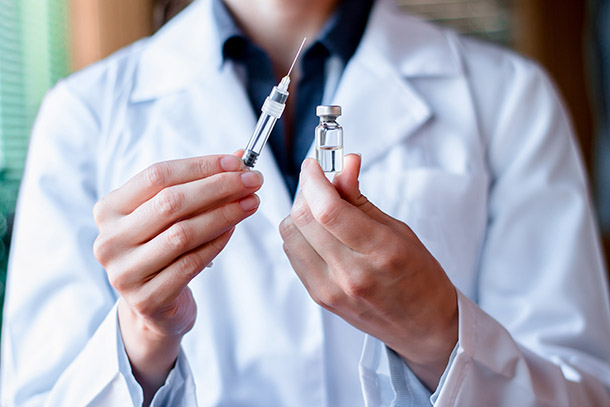 “I was living in Australia when I booked a bucket-list trip to Thailand, but I didn’t think to do much prep work since I was already living abroad. Within hours of landing, I met multiple people whose travel partners had gotten malaria—and on top of that, the Thai airport security had taken my aerosol bug spray. Even though I ended up being fine, I spent the entire week fearing I’d contract malaria. Now I always go to a travel clinic before I travel overseas.” –Ashley Rossi, Associate Editor

Everything You Need to Know About Visiting a Travel Clinic 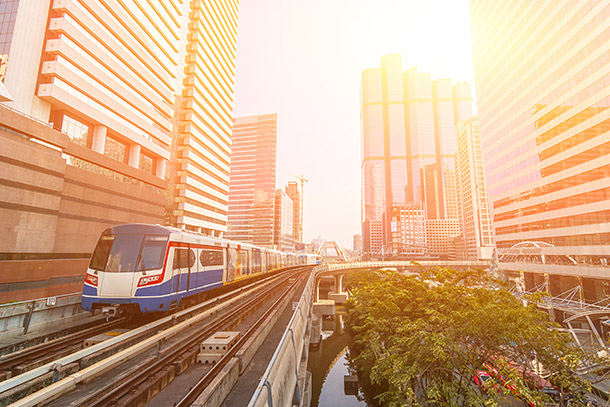 “I used to mostly walk or take taxis in new places because I thought they’d save me time and would be worth the extra money. Plus, walking would allow me to get in exercise and see everything. Big cities like London and Paris, however, have definitely proven me wrong. Making public transit cards or public bike rentals a priority and committing to using them at least a few times during a trip has been one of the best travel lessons I’ve learned.

No two cities are equal, so this certainly applies in some places more than others—but spending lots of time and money on a cab that’s stuck in traffic isn’t wise when you could have spent the same amount of time and just a few dollars on the subway. Now it almost feels like I’m missing out on part of a city if I don’t see what its transit system is like.” –Shannon McMahon, Associate Editor 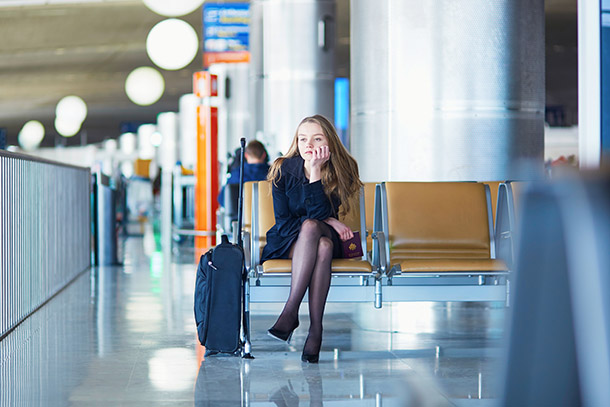 “I thought I’d save money by booking two separate legs of my flight itinerary on two different budget airlines, and that leaving a few hours between each flight would be enough time. But after a big delay on the first flight and long security lines once I arrived, I found myself begging people to let me cut in front of them to catch my next plane. Now I always try to book my entire flight through the same ticket, so if something goes wrong, the airline will have to help me get a connecting flight.”  –Caroline Morse, Senior Editor

Not Reading the Fine Print 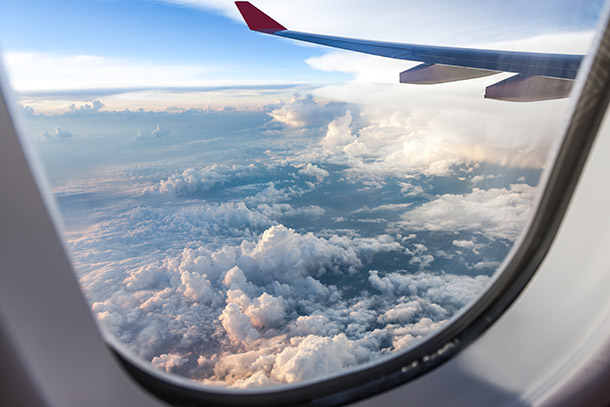 “When I booked my super-saver ticket from New York to Copenhagen on Norwegian Air, I was so excited about the cheap price that I didn’t even realize that I had booked a seat in ‘last class.’ The ticket said economy, but as I watched the flight attendants handing out meal boxes to people in the rows ahead, checking their seat numbers against a paper list, I knew I had made a huge mistake.

My name was not on the list because I did not opt to purchase an in-flight meal in addition to the cost of my ticket. I didn’t even see an option to do so. There was no complimentary meal, and even when I asked the flight attendant for tea, he asked me if I had paid the extra fee for in-flight service. When I said no, he told me the only thing he could give me was cold water. Thankfully, he did sneak me some tea after he saw me shivering in my seat.

Now I read everything about the type of service to expect before I fly. And of course I remember to book my tickets very carefully—especially when dealing with budget airlines.” –Jamie Ditaranto, Editorial Assistant

Not Checking the Location 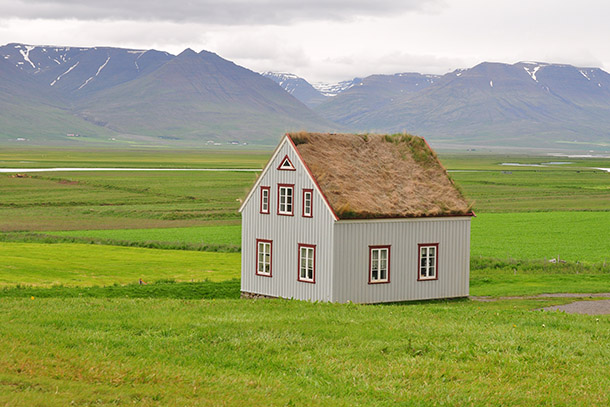 “One amateur travel mistake I made was booking a vacation rental based on the home’s features and appearance without considering the location. My family and I spent a week on Cape Cod several summers ago and I took the lead on finding a vacation rental for us to stay in. New to home rentals, I quickly ruled out any places that didn’t look picture-perfect, and finally landed on a beautiful home that would accommodate all of us.

I knew the house was a few miles away from the beach and downtown, but I didn’t anticipate the logistical challenges this would create for a group of eight. Anytime we wanted to do an activity outside of the rental—such as spend a day at the beach or go out to dinner—not being within walking distance required more advanced preparation and coordinating with other people’s schedules, which lost us precious time in the long run.

This made me realize how important it is to consider all aspects when booking accommodations—it’s not just about looks. It’s important to know what logistical challenges you might face depending on where you stay.” –Olivia Briggs, Editorial Assistant

Missing Out on Great Fares 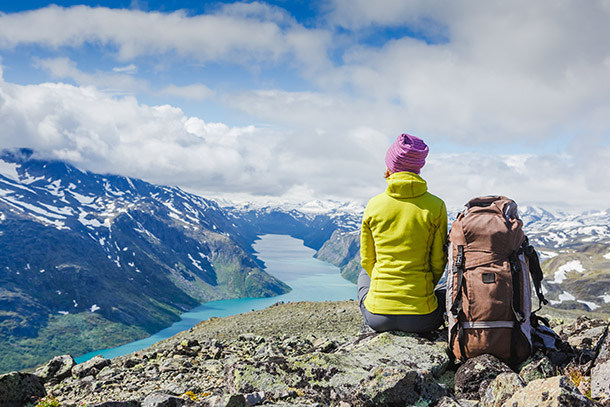 “One mistake that still bugs me is letting great fares slip by. I’ve seen some ridiculously affordable flights come up—Boston to the Caribbean for $90, to Central America from $120, et cetera—but I’ve passed because the timing wasn’t right. No more! Now, I’ll go just about anywhere if the price is right. Ready to pounce, I’ve even memorized my passport number!” –Patricia Magaña, Senior Editor

Not Being Better Prepared Than the TSA 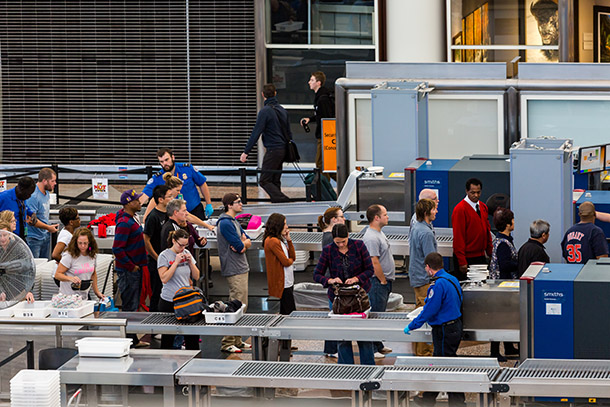 “I used to assume that the airport security agents were familiar with all of the TSA’s rules and regulations. Big mistake. Too many times I had an item confiscated by security because the agent incorrectly said it could not be brought in my carry-on. Now I make sure to have the Can I Bring It? app ready on my phone, along with a printout of the TSA’s rules pertaining to certain items, whenever I’m traveling carry-on only with something that could raise eyebrows—like my hiking sticks.” –Josh Roberts, Managing Editor