Think twice before you say any of these things on a plane—unless you want your next in-flight drink to be served with a side of spit.

Can You Watch My Kids?

You’ve paid plenty for your coach ticket, so now it’s time to relax, take a nap, maybe let your kids run wild. The flight attendant’s just sitting at the back of the plane, after all—you’re sure she’ll be happy to watch the little darlings, right? Wrong.

“I’ve had passengers get mad at me because we didn’t have a play area on the plane. Another passenger came to the back of the plane and asked me where she could put her baby. She didn’t want to hold it,” flight attendant Heather Poole told Parade Magazine. Parents, wise up: Flight attendants already have enough to do.

We all wish we had a personal butler we could summon with the ring of a bell. But despite the presence of a call button above every airplane seat, the flight attendant is not that butler. “Fetch me a blanket” is a sure way to get on a flight attendant’s bad side. Use the call button only when it’s really necessary. If you want a glass of water, walk back to the galley and ask for it in person. 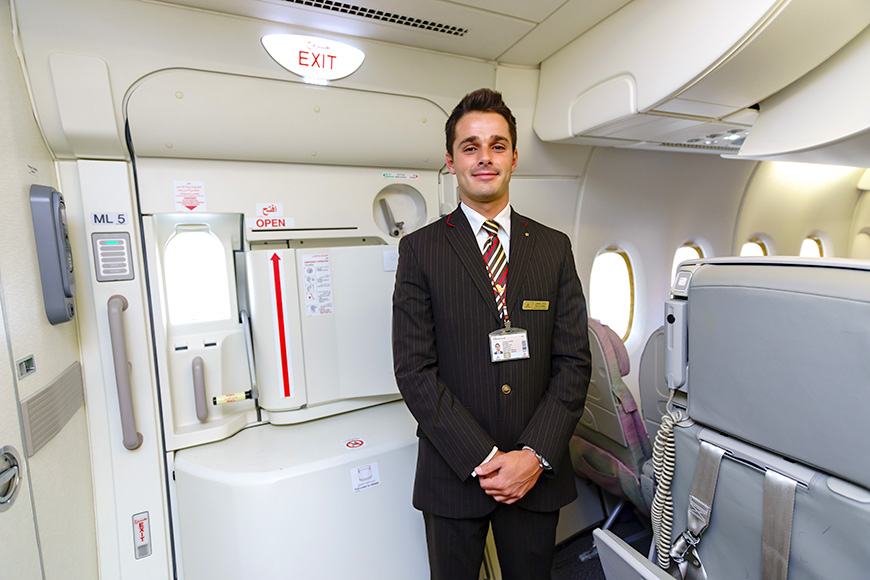 The word “stewardess” is about as contemporary as the glamorous coach-class experience of yesteryear. Both are gone forever. “Stewardess” was in vogue when women were the only people hired as flight attendants. Nowadays, it’s common to see both men and women working the aisle, and the term “flight attendant” reflects this. Plus, these crewmembers do an important job aboard the plane beyond serving drinks.

Wait, What Kind of Drinks Do You Have?

The beverage service doesn’t just magically appear in front of you. The start of the service is usually announced on the PA system, along with a list of the beverages available on board that day. You might also find a card in your seatback pocket that lists what you can order (and the prices).

So if you’re really craving something kind of unusual (“Do you have any Surge Soda on this flight?”) or exotic (“Man, I could go for a can of cran-pineapple-berry-tang juice!”), consult your in-flight card to see if it’s being served. Flight attendants hate having to run down the list of available drinks for every clueless passenger who asks. (And they’ll hate you even more if you ask after they’ve just answered the same question for the person sitting next to you.)

Can You Help Me Lift My Bag?

Congratulations. You’ve managed to cram everything you own into your carry-on bag. There’s no way you’re gate-checking it now, even if it does weigh 100 pounds. Who cares if you can’t lift it—you’ll just ask one of the flight attendants to heft it into the overhead bin for you. They’re basically baggage handlers that come along for the ride, right?

You probably wouldn’t think that way if you knew that 80 percent of respondents in a 2010 survey of Association of Flight Attendant members said that they had suffered injuries from carry-on bags in the past year. Also, since lifting bags into bins is not technically part of flight attendants’ job descriptions, they won’t get compensated if they get hurt helping you lift your bag.

I Will Blow Up This Plane If I Don’t Get Bumped to First Class!

Your terrorism jokes aren’t funny. Ever. Instead of laughs, the joke’s on you: That idle threat will get you kicked off the plane and possibly arrested.

This Drink Is Too Expensive!

I Miss the Good Old Days of Hot Flight Attendants

Remember the “good old days” when flight attendants were required to be young, single, and hot? Well, we bet the last flight attendant you harassed can remember the good old days when passengers were expected to be friendly, well dressed, and polite. Keep your misogynistic thoughts to yourself, you dirty old man. 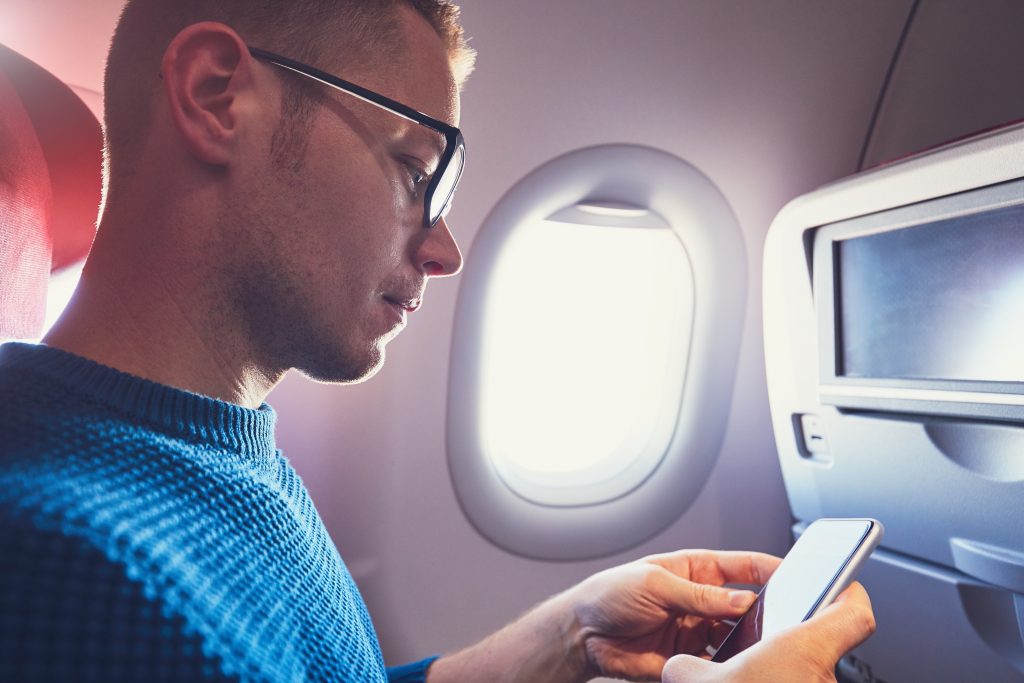 I’ll Turn Off My Phone in One More Minute!

Different airlines have different policies about the use of electronic devices during takeoff and landing. Once you’re on the plane, though, the flight attendant’s word is law. So when you’re asked to turn off your phone or laptop, it means now, people. Holding up your finger to signal one more minute is rude. Stop it.

Can You Throw Away This Bag Of Vomit For Me?

Flight attendants see enough gross stuff already. They don’t need to be tasked with throwing away your used air-sickness bag or your baby’s dirty diaper. Walk to the lavatory and throw it away yourself. (And if you’re throwing away a dirty diaper, that raises another question: Where are you changing that kid? Please don’t do it on the tray table.)