Who says the best things to do in Chicago are only available in the summer? While the beaches, music festivals, and rooftop bars might not be hopping during winter in Chicago, there’s still a great variety of activities to discover in the Windy City come wintertime.

Things to Do in Chicago in Winter

Here are 10 of the best things to do in Chicago in winter despite its chilly temperatures. 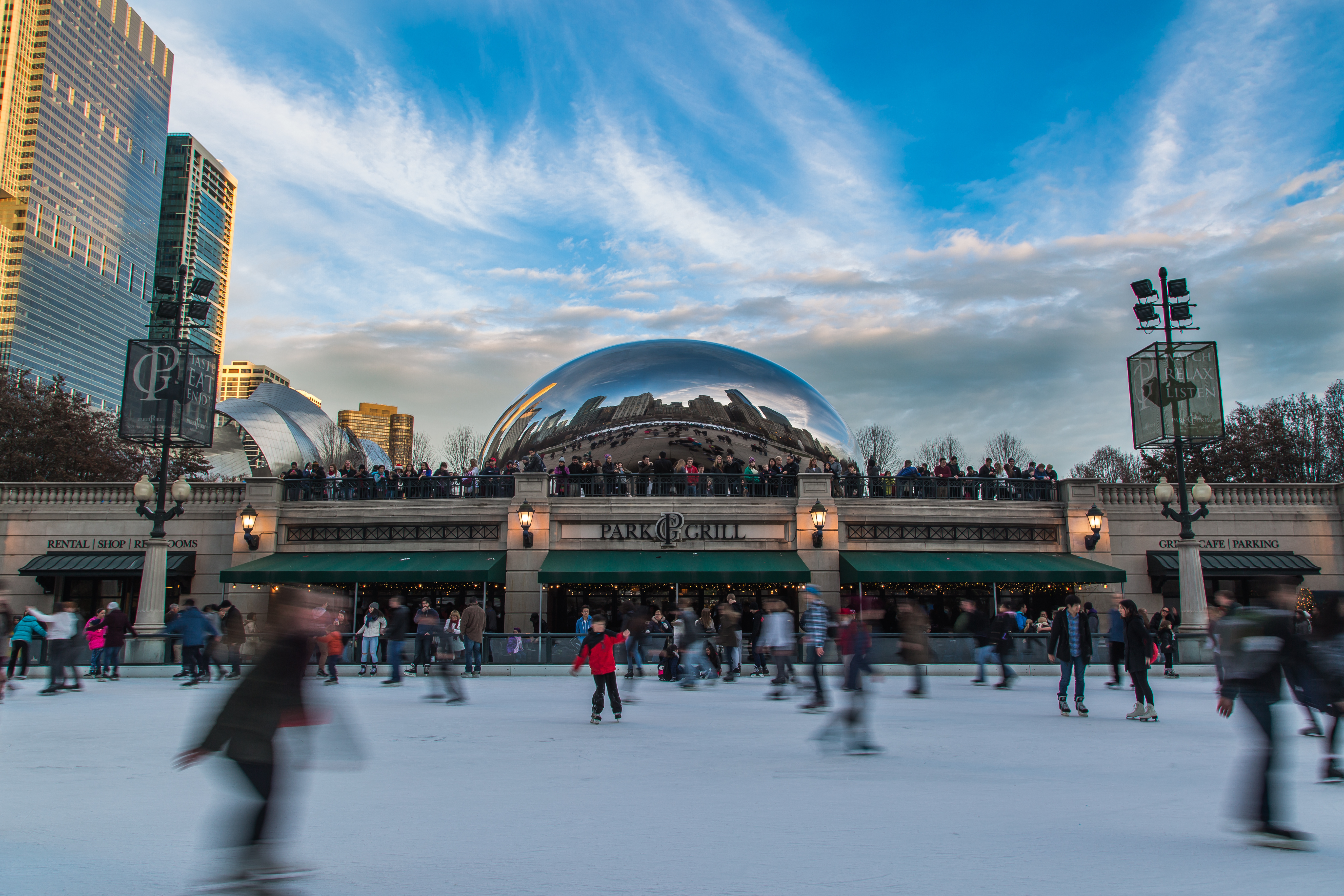 Nothing says winter better than outdoor ice skating with your significant other or family around the holidays. Two popular Chicago skating rinks that open for the winter season (November to March) are McCormick Tribune Ice Rink in Millennium Park and the nearby Maggie Daley Park Skating Ribbon, for those looking for something a little different than your traditional ice rink—the “ribbon” is a skating path that’s about twice the size of a standard ice rink.

Get in the Holiday Spirit 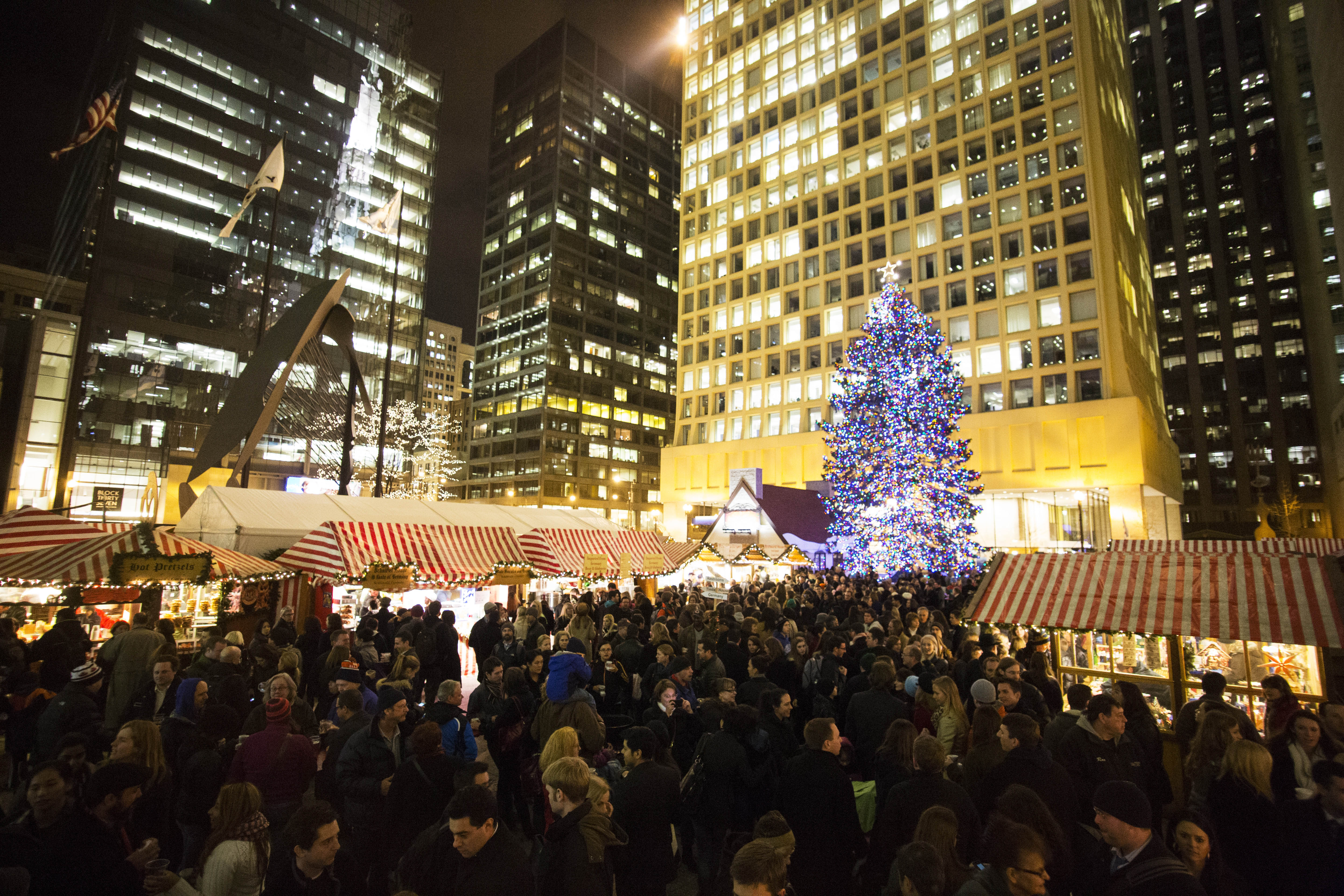 There’s no shortage of events and activities in Chicago in winter, and November and December take the cake for showcasing the festive spirit. You’ll find the German-inspired Christkindlmarket in Daley Plaza, as well as Caroling at Cloud Gate, ZooLights at the Lincoln Park Zoo, and Winter WonderFest at Navy Pier throughout the winter season. Other festive events include Holiday Magic at the Brookfield Zoo, the Magnificent Mile Lights Festival, and the Millennium Park Christmas Tree.

Ring in the New Year 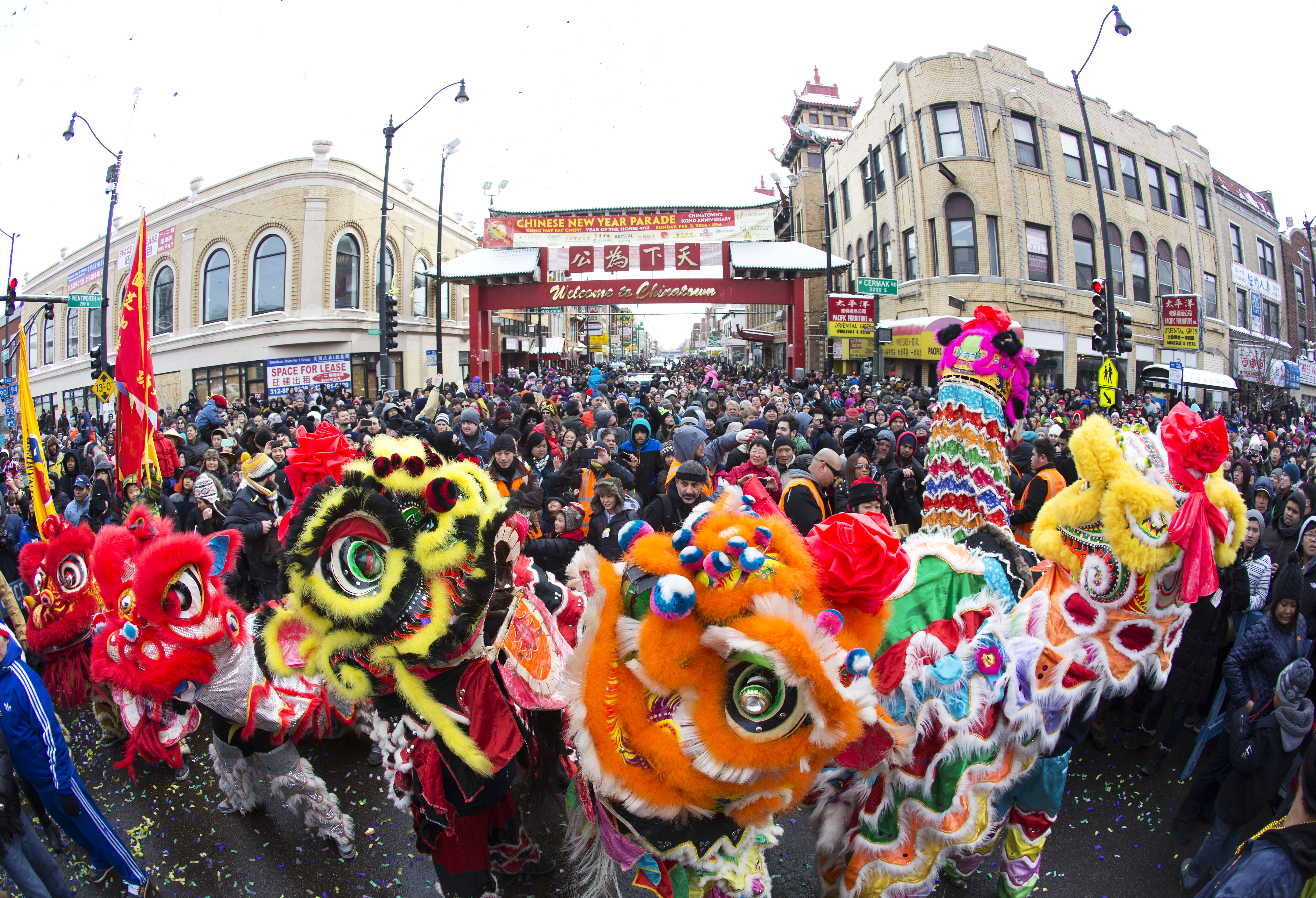 The Windy City’s hundreds of bars and clubs are a great place to celebrate the New Year, and there is a spectacular fireworks display at midnight. Chi-Town Rising hosts the New Year’s Eve celebration with celebrity and musical guests, and a countdown to midnight in the Loop. It’s one of the best ways to keep warm and celebrate Chicago in winter.

Expand Your Palate at Restaurant Week 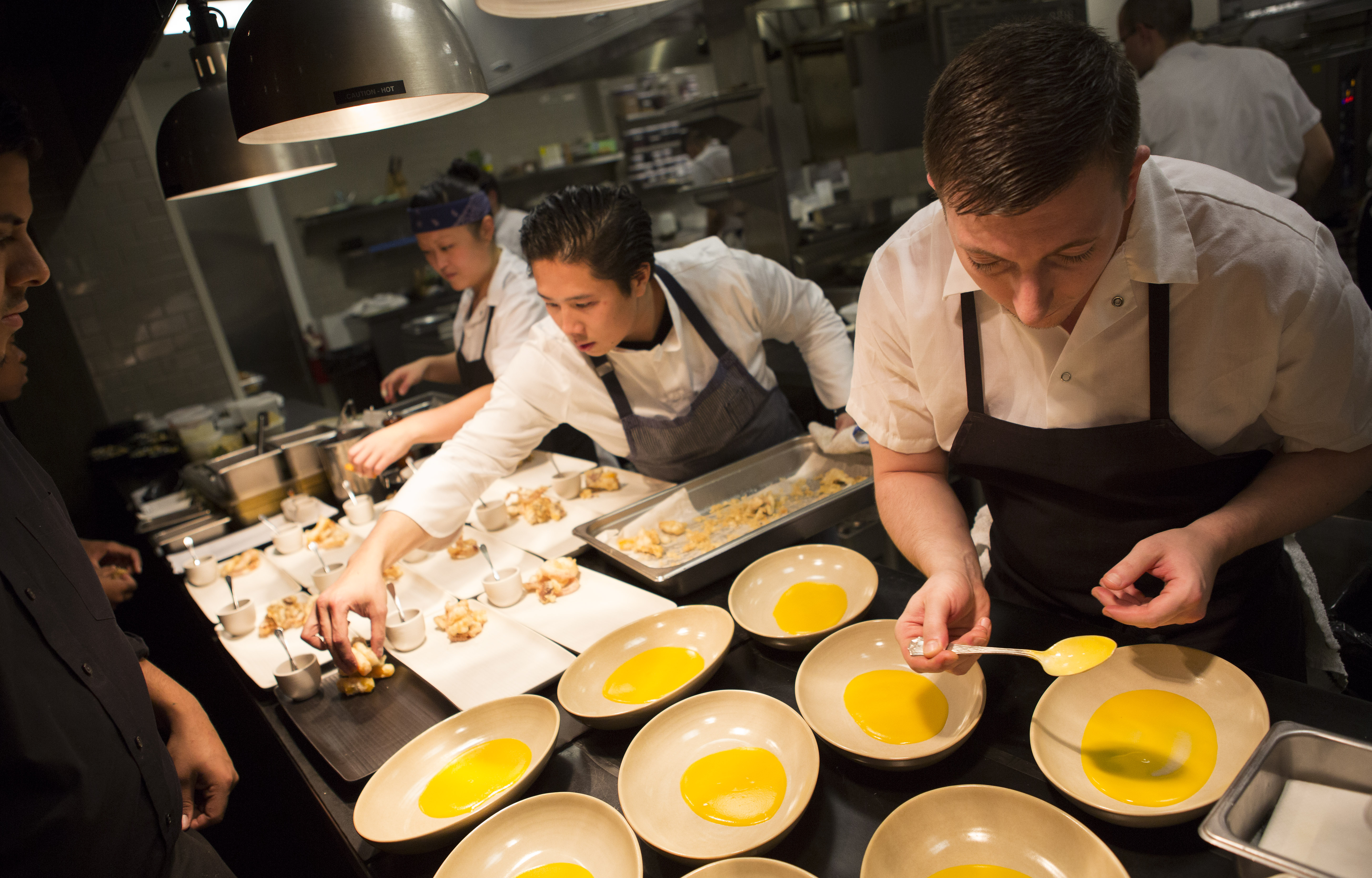 Held annually after the holiday craziness has died down, Chicago Restaurant Week is a city-wide celebration featuring prix fixe menus and samples at hundreds of restaurants. Chicago’s culinary scene is booming, with the new Fulton Market District and city staples like steakhouses and deep-dish pizza joints. Cozying up to a good meal at a great price is the perfect way to spend an evening in Chicago in winter. 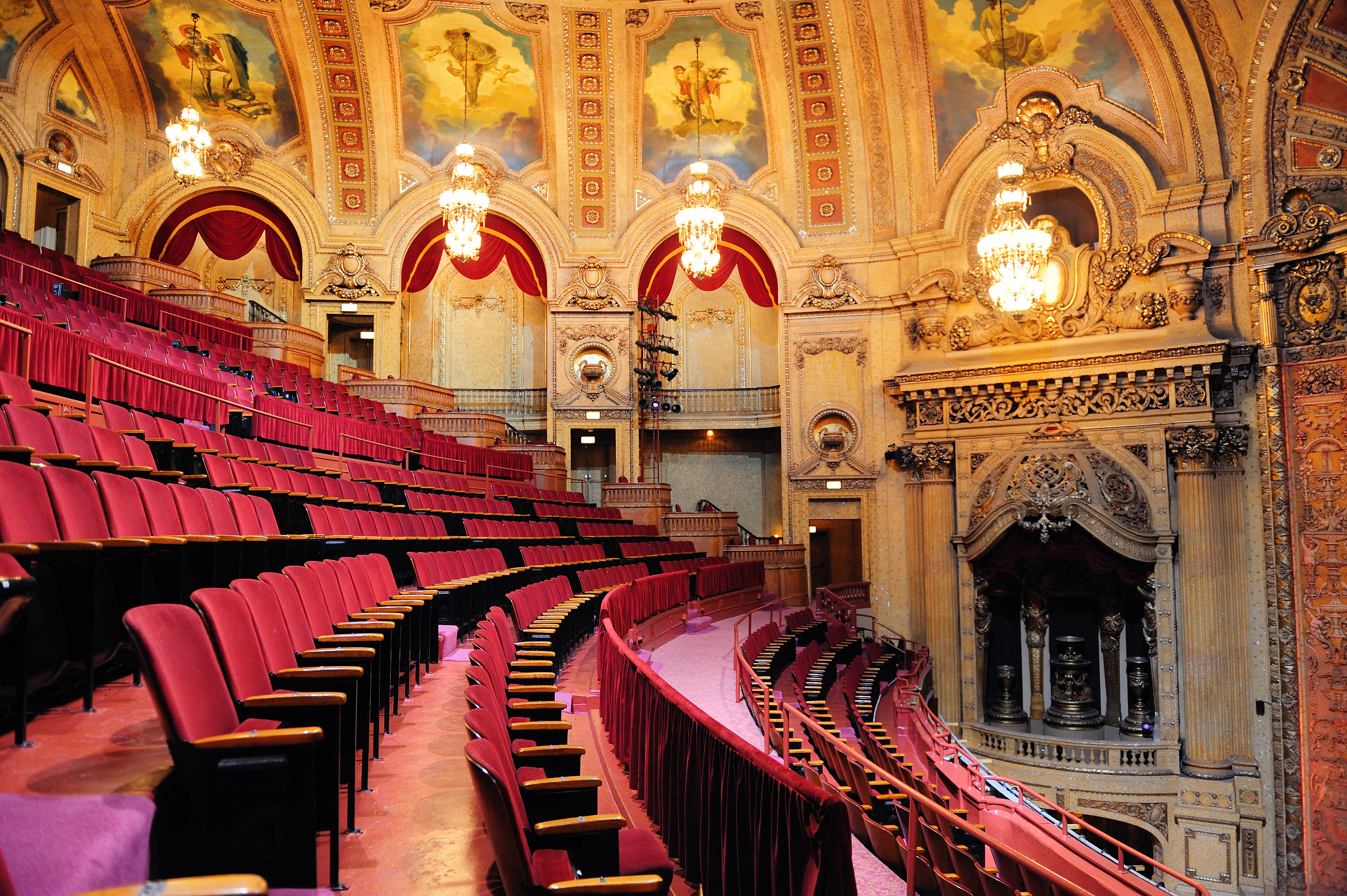 Spend an evening indoors and catch a show during winter in Chicago. After the holidays the city hosts Chicago Sketch Comedy Festival and Chicago Theatre Week. If you’re looking for an inexpensive show to see in Chicago in winter, Theatre Week is the perfect time to do so, as tickets for more than 100 shows are under $30. Going to a show at famed Second City or the Chicago Theatre is also a popular thing to do in Chicago in winter. 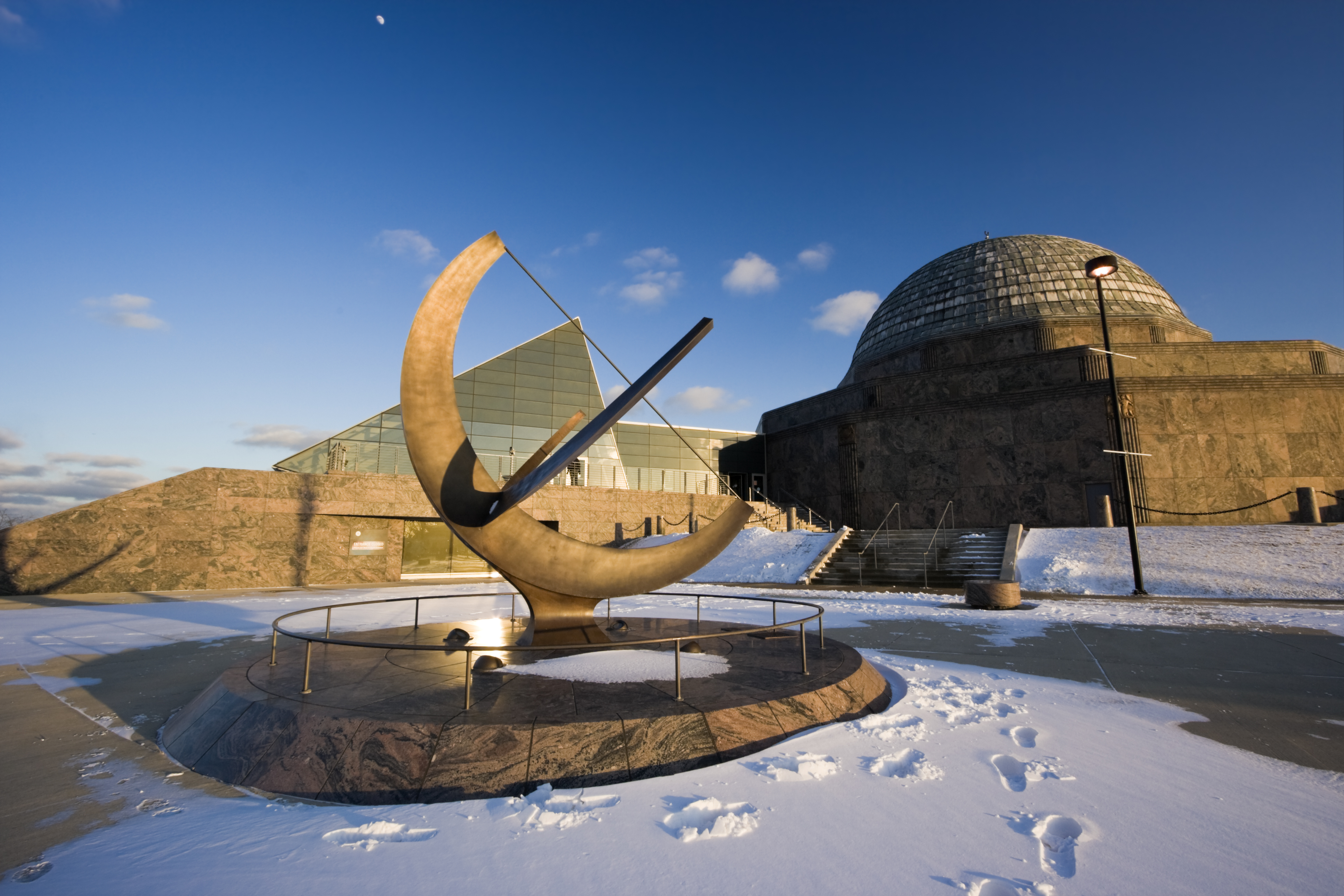 Keep warm at Chicago’s aquarium, its planetarium, or its many museums to discover a new traveling exhibit or check out a permanent display. Venues like the Museum of Contemporary Art, Chicago Children’s Museum, Chicago Cultural Center, Museum of Science and Industry, DuSable Museum of African American History, and Field Museum all have rotating exhibits. For families, the Shedd Aquarium and Adler Planetarium are two of the best things to do in Chicago in winter with kids. 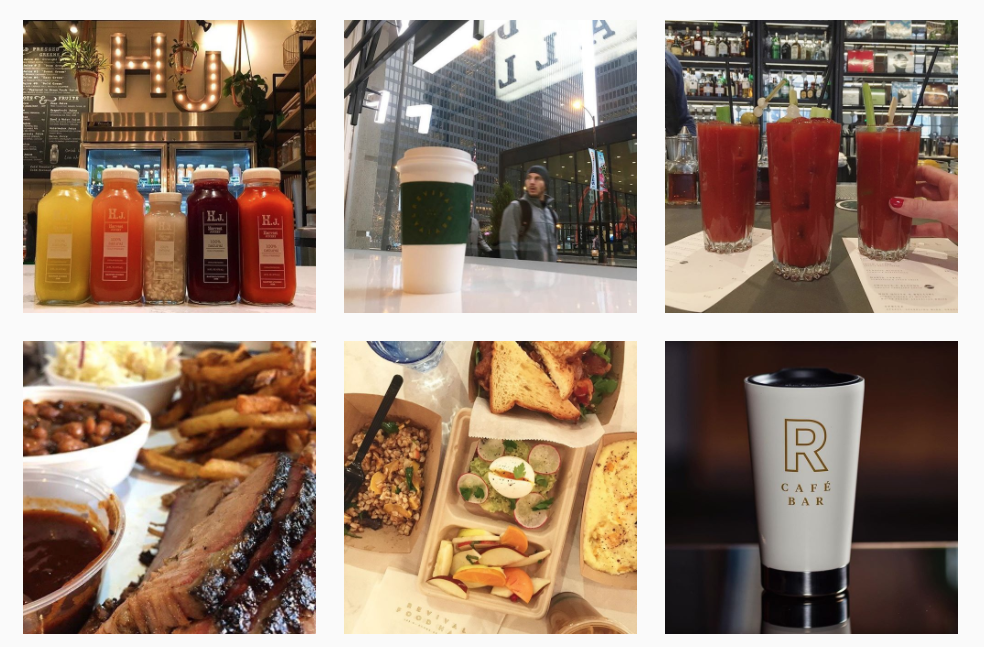 Explore Chicago’s culinary scene at one of the city’s indoor food markets or food halls. Chicago French Market in the West Loop hosts more than 30 local food and artisan vendors inside so you don’t have to shop in the cold. The recently opened Revival Food Hall houses 15 stalls featuring locals’ favorite restaurants, as well as concept spaces with well-known Chicago chefs.

What to Eat in the World’s Top Foodie Cities 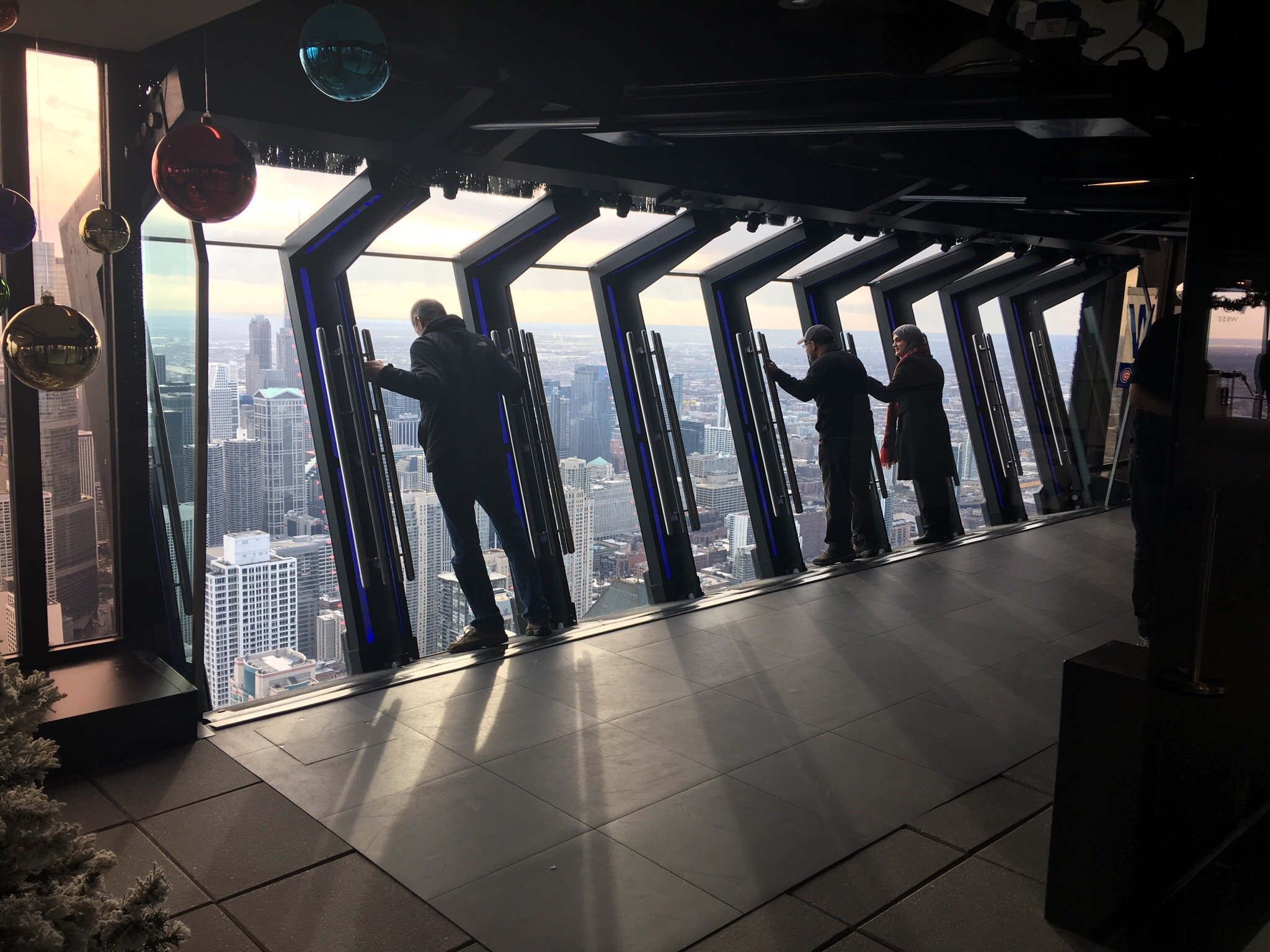 Discover the beauty of winter in Chicago from above with the city’s two sky-high attractions, 360 Chicago’s TILT and SkyDeck Ledge. TILT is a new experience on the top of the John Hancock Building that has a tilted glass lookout 1,000 feet in the sky. And if that’s not enough for you, check out the Ledge on top of the Willis Tower where you step onto a glass ledge on the second tallest building in the Western Hemisphere. Another adrenaline-pumping indoor winter activity in Chicago is rock climbing at an area gym, like Brooklyn Boulders. 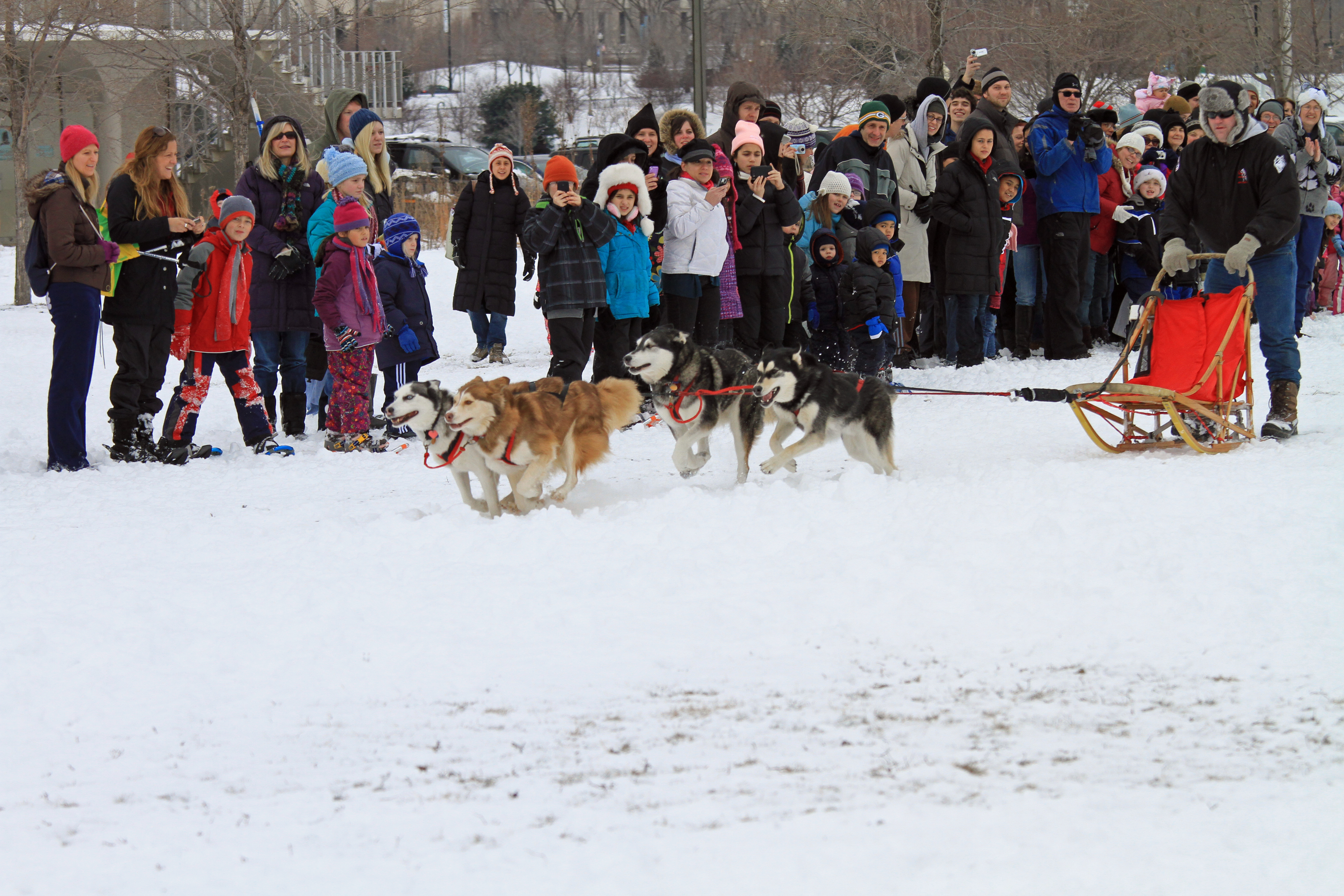 Northerly Island is a peninsula close to Adler Planetarium and Soldier Field that has walking paths and great views of the city. The park and fieldhouse are open only on the weekends during winter and spring, but snowshoeing and cross-country skiing are popular winter activities to do here. And the island’s Polar Adventure Day series is one of the best things to do in Chicago in winter with kids.

8 Crazy-Fun Sports to Mix Up Your Winter 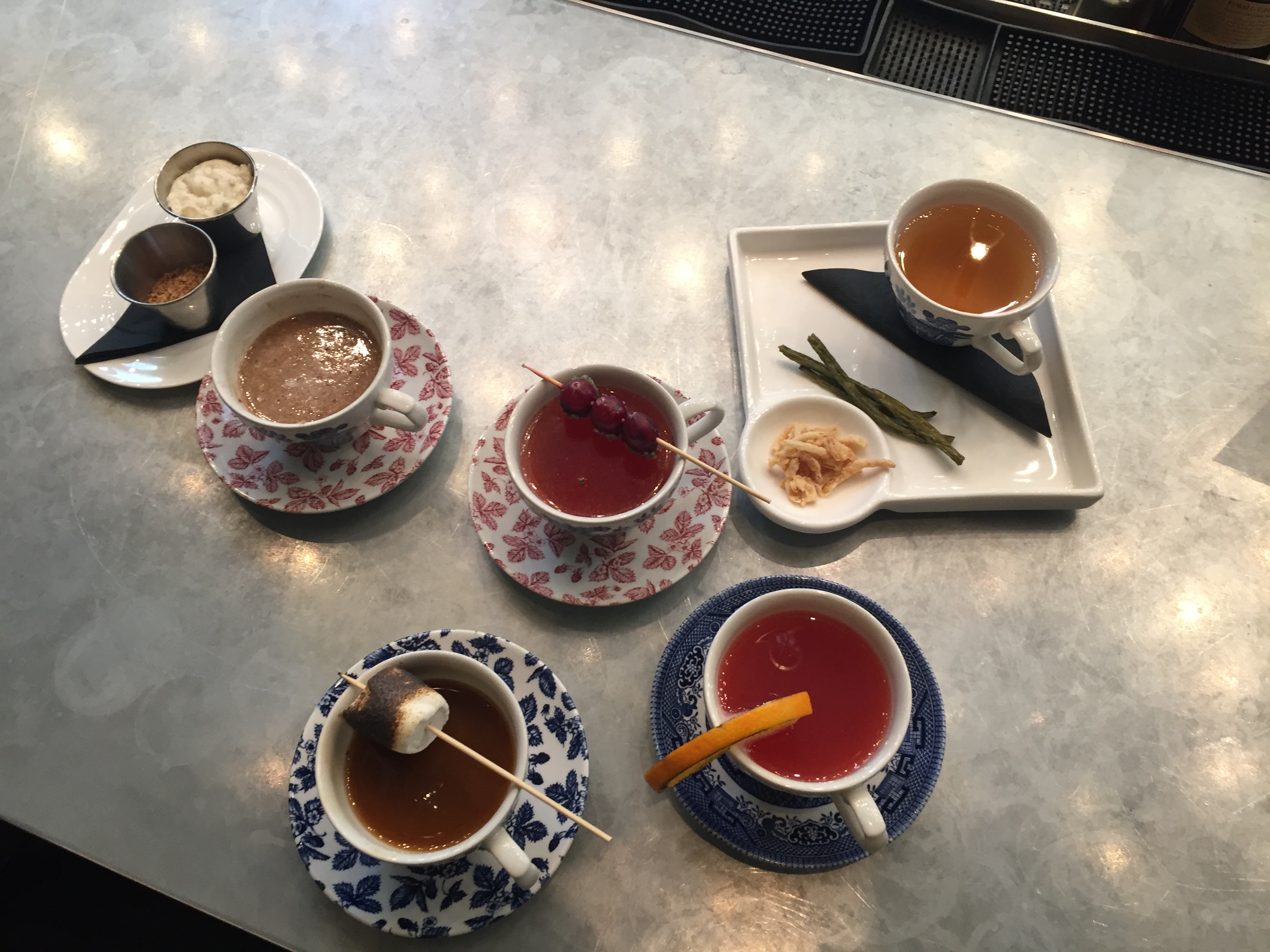 After a cold winter’s day you deserve a nice warm cocktail, and Chicago has plenty of options for you. The Signature Room at the 95th offers a build-your-own hot chocolate bar (alcoholic or non-alcoholic), and the Virgin Hotel Chicago hosts an “Upside Down Tea Party” every weekend (boozy or non-boozy options available). Also in the hotel is a cozy wine and coffee bar, Two Zero Three, serving coffee cocktails like Peach Fuzz Buzz.

If you’re opting to use alcohol as an extra layer of warmth, tour one of the city’s popular breweries, Goose Island or Lagunitas; cozy up with a craft beer in a neighborhood taproom; or take a cocktail making class at KOVAL, the first distillery to open in the Windy City post-prohibition.

Editor’s Note: This story was first written in 2016. It has been updated to reflect the most current information.