When Americans hear the word ‘Brazil’ they picture Rio’s beaches, rainforests, and Christ the Redeemer. They probably don’t think of visiting the concrete jungle of Sao Paulo—but they should.

The largest city in all of the Americas (yes, it’s even bigger than New York) is a well-known business hub that most tourists miss. But Sao Paulo should be the first place you visit in Brazil—and it likely will be in one capacity: as a layover at the megacity’s massive Guarulhous International Airport, which is the gateway to most of South America. Venturing beyond the airport to experience Sao Paulo, the beating heart of Brazil, is the best way to introduce yourself to Brazil’s many cultures.

Indulging in Sao Paulo, Where Luxury Travel Is Shockingly Affordable

Sao Paulo is known for its arts scene, vibrant nightlife, and especially for being home to one of the most diverse food scenes in the world. From its well-established Italian neighborhood, to local ingredients like Amazonian ants at star Chef Alex Atala’s D.O.M., to traditional Japanese sushi in the Liberdade neighborhood (the world’s largest Japanese community outside of Asia), Sao Paulo’s culinary world is full of surprises. And home to a number of celebrity chefs.

Brazil’s three-to-one exchange rate means Americans can experience the swankiest entertainment and Michelin-Star restaurants for a lot less than you’d expect. And to boot, Brazil’s new eVisas mean entering the country is now just $40, a fraction of the former price.

What Celebrity Chefs Say Americans Need to Do in Brazil

It’s hard to know where to begin in a megacity like Sao Paulo, but who knows the territory better than an award-winning local chef? I asked two of Sao Paulo’s most well-known Brazilian chefs what Americans should do with their newfound affordable access to Brazil, starting with Sao Paulo.

Chef Helena Rizzo was named the Best Female Chef in the World in 2014, and is the mind behind Mani, which has ranked fifth among the 50 Best Restaurants in Latin America. Chef Ivan Ralston is behind the two Michelin-star restaurant Tuju, which I wrote about eating at for less than the price of a subpar American restaurant here. Here’s our Q and A:

Editor’s Note: These answers have been edited and condensed for clarity.

Americans now have easier access to Brazil thanks to eVisas that began this year: What are a few things you think Americans visiting Sao Paulo for the first time should absolutely do?

HR: There are a few neighborhoods I like: Liberdade, where you can find the Japanese community. The museum Pinacoteca, housed in an amazing building designed by Italian-born architect Lina Bo Bardi. The artsy Vila Madalena and the hip Pinheiros neighborhoods, where you can find some of the best restaurants in the city. Mercado Municipal is the biggest food market in Sao Paulo, very traditional.

IR: Sao Paulo is a multicultural city with many attractions. It’s not obvious tourism. There is no Statue of Liberty or Christ the Redeemer, but Sao Paulo is absolutely enthralling for its cultural wealth. Americans and other tourists should visit traditional restaurants like Mocoto, Casa do Porco, and Tordesilhas. They should also get to know restaurants inspired by immigrant gastronomy like Italian at Osteria del Pettirosso, traditional Japanese at Kan Suke and Ryo, Korean at Komah, and Middle Eastern at Saite Marie. Our city has some of the best casual restaurants in the world too, like Tan Tan Noodle Bar, Capivara, and Da Marino. And there are of course high-end gastronomic restaurants like Mani, Picchi, D.O.M, and Tuju.

Q: What Brazilian dishes do Americans need to eat in Sao Paulo, and where?

HR: The tasting menu at D.O.M., for Alex Atala’s pioneering Brazilian ingredients; traditional dishes from the northernmost part of Brazil at Rodrigo Oliveira’s Mocoto. At Tordesilhas, chef Mara Salles is a veteran and one of our biggest chefs, and presents traditional dishes from many Brazilian regions, such as the Amazon; please try tacaca, a very traditional kind of soup from the Para state. At Casa do Porco Jefferson Rueda showcases everything pork, from nose to tail, in both traditional and his own original dishes. Izakaya Matsu, a Japanese bar with top-notch comfort food, is where I love to eat tonkatsu and tempura.

IR: The offering of dishes and restaurants in Sao Paulo is huge and constantly evolving. Each of the places I mentioned have very special dishes: Mocoto’s tapioca, the whole roasted pork of San Ze at Casa do Porco, cacio e pepe at Osteria del Pettirosso, and tasting menus at any gastronomic restaurant.

What’s the best day trip from Sao Paulo to take, and why?

HR: Whenever I can, I visit the beaches on Sao Paulo’s North Coast (a three hour drive away). It’s the perfect combination of sea and mountains with lush forest. There is also a great range of bed and breakfast and restaurants in the area.

IR: A beach called Camburi. It’s a two-hour hours trip from Sao Paulo and it’s as beautiful as the beaches in Vietnam.

What’s your favorite Brazilian ingredient to cook with?

HR: My favorite ingredient is manioc, or cassava, and that’s where the name Mani comes from. Cassava is a very, very popular ingredient in Brazil, eaten with joy by rich and poor. It is a tuberous root consumed both in its natural state plus in different by products such as cassava flour, tapioca starch and tucupi (fermented cassava root sauce). There are so many different ways to use it: fried, roasted, cooked, glazed, as a thickening agent in stews and soups. Here at Mani we serve different types of farofa (roasted and sauteed cassava flour) as side dishes; we use tapioca starch in our basket of breads; we have tucupi (cassava juice) as the foundation for several sauces and dishes; and cook cassava itself in stews, purees, gratins, gnocchi, and more.

IR: It’s hard to tell, there are so many! I’ll mention one per season: Tomato in the summer, mushrooms from Santa Catarina in the fall, white clams in the winter, and jabuticaba (Brazilian grape tree) in the spring.

What’s your personal favorite thing to do in Sao Paulo as a local?

HR: Watching concerts in intimate venues, like the spots I mentioned above.

IR: Eating, for sure! Sao Paulo has the best gastronomy in the world with less ostentation than other places.

What is your personal favorite restaurant in Sao Paulo to eat at? 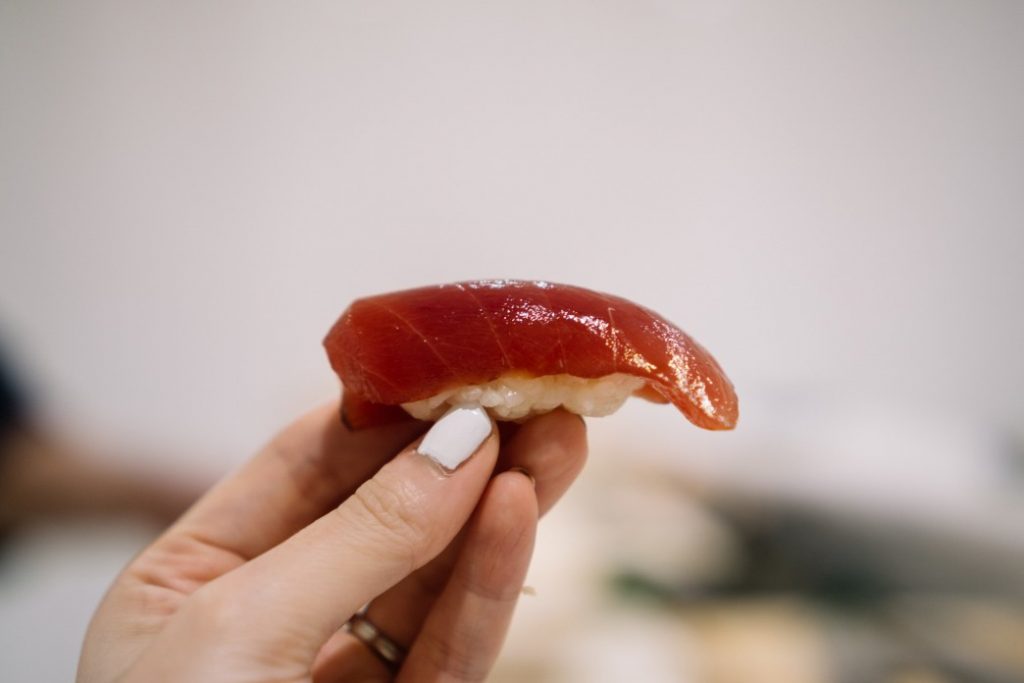 HR: It’s difficult to choose one favorite. Nowadays I go to Izakaya Matsu a lot, because I love Japanese comfort food and it’s near my home—with a three-year-old kid at home that’s a bonus! And also it’s not an expensive place.

IR: There are SO many international cuisines—this is the advantage of being in Sao Paulo. We have great places for Japanese, Italian, Korean and Arabic food.

HR: Japanese, although I come from an Italian family and at the end of the day, when I come home for a hard day at the restaurant, all I want is a simple pasta with tomato sauce.

What’s the best city in Brazil to spend time in after seeing Sao Paulo, and why?

HR: I have recently been to Pantanal, in Mato Grosso do Sul state, which is one of the few places in Brazil where you can find the ecosystem still intact. It’s an amazing place to be in contact with raw nature, to see so many birds, alligators, and other wild animals, and also try great fish such as pacu (piranhas) and piraputanga.

IR: It depends on what you are looking for, but I’d say the obvious answer is Rio de Janeiro.

SmarterTravel Editor Shannon McMahon visited Sao Paulo as a guest of LATAM Airlines and Embratur, Brazil’s tourism board. Follow her on Instagram: @shanmcmahon.