During LeBron James’ triumphant return to the Cavaliers from 2014 to 2018, locals and outsiders alike seemed to agree that Ohio’s prodigal son could help make Cleveland great again. “When LeBron James decided to return to his roots, Cleveland was already rallying after decades of decline,” said the New York Times in its list of 52 Places to Visit for 2015.

Cleveland did see record tourism numbers in 2015, 2016, and 2017, and tourism experts expect the trend to continue upward. But LeBron has since moved on. And sports, while they’re a big part of the city, haven’t proven to be what’s ultimately sealing Cleveland as a destination.

As more travelers than ever head to Ohio’s second-largest city, it’s instead the passionate locals who are making Cleveland pretty great. Thanks to world-class museums, a revitalized arts scene, and some signature quirkiness, “The Land” is a cultural destination worth traveling for.

The fast-growing city’s art, music, and food and beer scenes are buzzing. Yet they, along with Cleveland’s sold-out theaters, award-winning restaurants, and sleekly restored warehouses, remain little-known to outsiders. Even more surprising are Cleveland’s many opportunities to enjoy some truly unique and historic outdoor scenery.

Unexpected Things to Do in Cleveland, Ohio

The Land’s hidden gems are spread far and wide, making this a city best explored over a few loosely scheduled days. Whether you’re looking for a weekend-worthy itinerary or a list of the coolest spots the city has to offer, many of the best things to do in Cleveland are also the most unexpected.

Situated on 1.5 miles of Lake Erie shoreline, Cleveland’s Edgewater Park Beach comes alive in warmer months with events and activities, from free concerts and movie screenings to kayaking and bird-watching. If you’re partial to a shadier spot, the Edgewater Beach House is the perfect spot to watch the sun set over the water. Food trucks also pull up here for regular happy hour events and movie nights during summer.

Inland from Lake Erie, Cleveland has plenty of other outdoor attractions that make the warmer months the best time to visit. The Cleveland Botanical Garden is a favorite for locals and visitors alike. Edgewater Park beyond the beach hosts frequent outdoor events. And biking—especially in and around University Circle—is a great way to explore the spread-out city.

Cleveland is an arts hub thanks to several esteemed art institutions, plus new and exciting local initiatives fostering street art, galleries, and shops. Head to the Gordon Square Arts District for outdoor murals and to pop into local galleries and work spaces like 78th Street Studios, which open every third Friday of the month for multi-sensory exhibitions. Artisan shops in the area offer handmade leather goods, jewelry, handbags, and clothing—plus old-school records.

Farther out, University Circle’s arts and culture district includes the massive (yet totally free) Cleveland Museum of Art, which holds more than 61,000 pieces ranging from ancient Greek artifacts to Andy Warhol photographs. Steps away is the Cleveland Museum of Contemporary Art, made unmistakable by its sleek and reflective modern architecture rising sharply over Euclid Avenue.

Sleep in a Cult-Classic Movie Setting

Fans of the film will be happy to find that Cleveland is home to A Christmas Story House and Museum. The house, which was used as a filming location for scenes in the cult-classic movie, is open for tours during the day and is also bookable as overnight lodging for up to six people—as is the “Bumpus House” next door. And the location isn’t too shabby: The Tremont neighborhood is centrally located, and stays include both admission tickets and meal and beverage discounts at the cozy Rowley Inn located across the street.

You might know Cleveland has a thriving craft brewery scene (including Market Garden, Noble Beast, Masthead, Great Lakes, and Forest City, to name just a few) but you might not know just how eclectic its drinking spots can get. From a kid-friendly pinball bar to self-serve wine hidden in a former bank’s historic rotunda, there’s something for everyone.

A retro pinball lounge, Cleveland’s Superelectric Pinball Parlor recently added a full bar. For something swankier there’s Spotted Owl, a mixology bar in a converted monastery that’s rumored to be haunted; order off the mood-based “cocktail wheel” to be surprised with something you’ll love (featuring your spirit of choice). For a quieter drink with a view, Heinen’s Grocery Store downtown is a former bank that’s reserved its upper rotunda as a balcony bar that includes a self-serve wine bar—meaning you can sample several options or pick a varietal to enjoy by the glass. For a pour-your-own beer equivalent, hit nearby Wild Eagle Saloon.

Cleveland’s most historic corners are worth exploring on foot to learn about the city’s past. The Ohio City neighborhood’s West Side Market opened in 1912 and operates today for locals and visitors alike to purchase groceries, baked goods, or vendor snacks like pizza bagels and pierogi—famous here thanks to the city’s large Eastern European diaspora.

Downtown, The Arcade dates back to 1890 and still houses local businesses in its original Victorian-style atrium (pictured at top) , plus a hotel—the Hyatt Regency Cleveland at the Arcade—where you can have a room overlooking the National Historic Landmark’s string lights. Or simply stroll through the shops below for a picturesque view.

Cleveland’s scenic Lake View Cemetery might be its best historic gem, as it’s the final resting place of some famous names like John D. Rockefeller (the oil magnate got his start in Cleveland before heading for New York) and the 20th U.S. president, James A. Garfield, who was assassinated just months into his term. There’s a historic memorial to Garfield at Lakeview that offers tours, plus a Tiffany-designed chapel. And the 285-acre grounds are full of horticulture.

The Land is home to a vast array of cuisines, from noodle and donut shops to high-end sushi and James Beard-recognized restaurants. One of the best things to do in Cleveland is to try them all. University Circle is home to some of the city’s best Asian eateries and casual fare. Detroit-Shoreway’s Brewnuts slings craft-beer donuts that feel appropriately Cleveland. The Ohio City Galley hosts four new rotating restaurants at a time in a swanky communal bar and food hall space, so you can try new restaurant concepts before they fully flourish and wash everything down with a craft beer or cocktail.

As an affordable city, Cleveland is also perfect for going high-end with all the best local chefs; wine and homemade pasta at Flying Fig, creative meat dishes at Black Pig, and colorful sushi at Ginko are all splurge-worthy options.

Rock and Roll Beyond the Hall of Fame 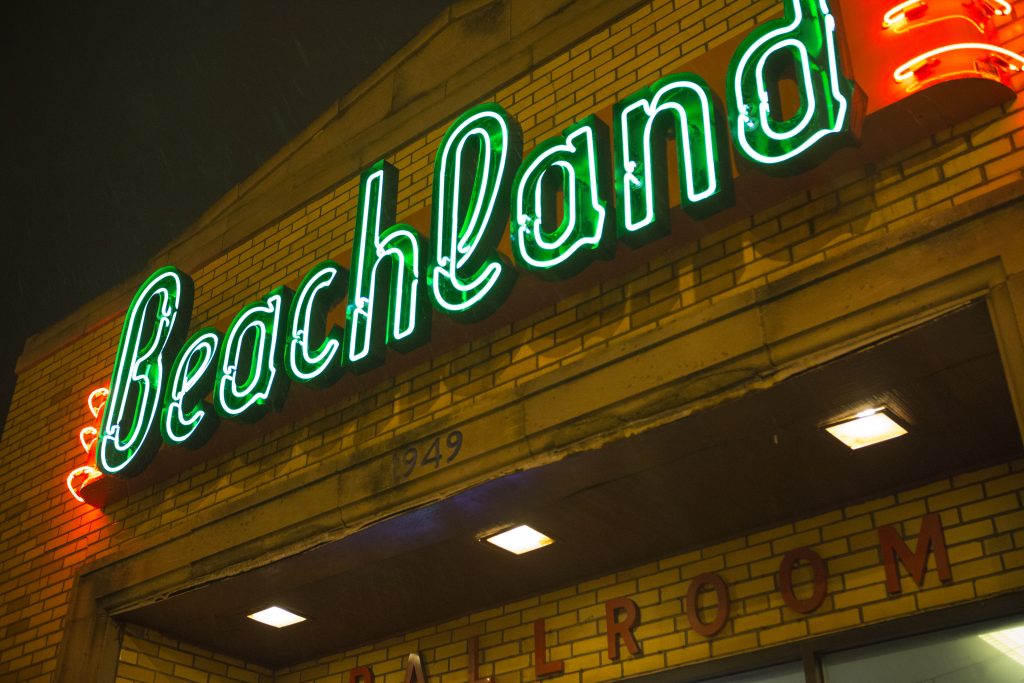 It’s no secret that Cleveland is probably best known for its Rock and Roll Hall of Fame and Museum. Visitors spend hours wandering its halls for educational exhibits and nostalgic artifacts (think outfits worn by the Supremes and instruments played by the likes of Jimi Hendrix), and they should. But it’s a great idea to keep Cleveland’s rock vibes going beyond the museum by visiting local live music clubs. Options include the retro restored music venue/bar Beachland Ballroom & Tavern, or Stella’s Music Club downtown.

Plan Around a Festival

Cleveland sees no shortage of festivals year-round. This summer the city will play host to The Tall Ships and the 2019 MLB All-Star Game will hit Progressive Field—both in July. The annual Brite Winter Music and Arts Festival brings acts, games, and light shows to the cold city each February, while the city’s Polish celebration of Dyngus Day marks the end of Lent each spring. Cleveland State University also hosts a two-week-long Indian classical music festival, Cleveland Thyagaraja Festival, that draws upwards of 10,000 people in April. You can find a full and updated calendar of events here. 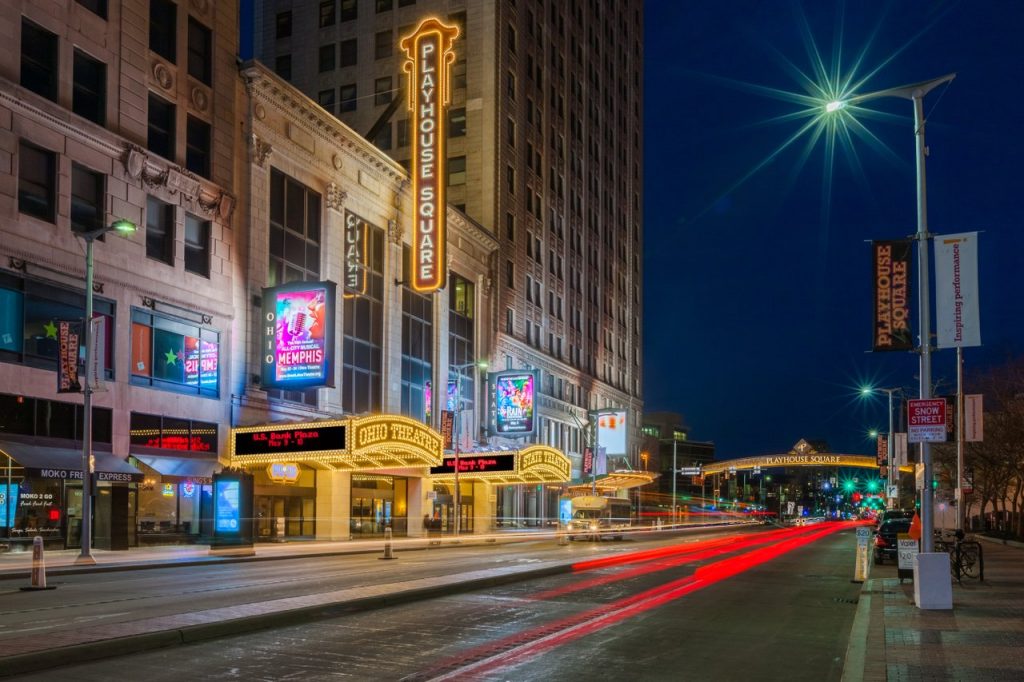 Two of the most esteemed institutions in Cleveland are the Cleveland Orchestra and Playhouse Square—a collection of theaters that bills itself as the country’s largest performing arts center outside of New York City. You can see the city’s prestigious orchestra free of charge if you’re visiting in July when it plays its annual free community concert, the Star-Spangled Spectacular.

Head to a Game

One of the best ways to experience Cleveland like a local is to head to the city’s conveniently located stadiums (all are downtown) to pass a few hours watching the Cavaliers, Indians, or Browns. LeBron may be a Laker now, but Cleveland’s fans are still as proud as ever of their rapidly changing town.

If you don’t believe it, try walking more than a block in The Land without spotting a T-shirt proudly emblazoned with the city’s name.