With the holiday season upon us, many travelers will be heading home to celebrate with family. But, some Christmas destinations are magnificent enough to make us wonder if there really is no place like home for the holidays.

Whether you’re looking for a tropical spot or a winter wonderland, there are endless possibilities for holiday travel. However, these three destinations are a step above the rest. Here’s why you should have Puerto Rico, London, and Munich at the top of your Christmas getaway list. 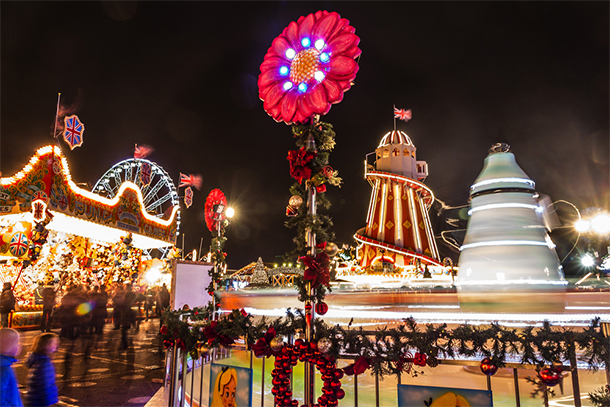 (Photo: Christmas in London via Shutterstock)

This one seems like a no-brainer—London is a world-famous Christmas destination, and for good reason. From ice-skating and festive lights to Christmas markets, musicals, and caroling, Britain’s capital has something for every holiday-season traveler.

There are dozens of Christmas markets in London alone (see also Manchester, Birmingham, and Liverpool) that boast shopping, food, crafts, and games. Hyde Park’s massive Winter Wonderland features acrobats, carnival rides, and a full ice rink. These markets typically have free admission and are open until a few days before Christmas.

But, the celebrations don’t end there.

December 26 is Boxing Day in the UK, which extends the festivities. This national holiday is another historic day of giving, on which English servants used to get gift boxes from their employers. Nowadays most people don’t have to work (or, in this year’s case, get the following Monday off), and will spend the day with family, outdoors, at sporting events, and take advantage of holiday savings at the start of an annual sales season.

How to See Sprawling London in Just a Weekend 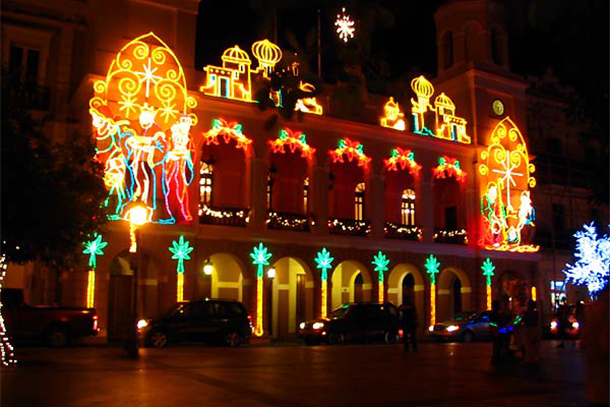 If the holiday season flies by too fast for you every year, try heading somewhere warmer. The American Caribbean territory of Puerto Rico boasts the longest Christmas season in the world, and for good reason. While London’s celebrations are supplemented by Boxing Day and go until New Years, Puerto Ricans stay full of holiday cheer until the Festival of Saint Sebastian in mid-January. There’s also Three Kings Day—a staple in most Hispanic countries—which is celebrated January 6, and New Years, which is just as fun as Christmas. All of these days come with a long list of traditions.

Christmas is the island’s busiest time of year. Tourists and locals alike eat seasonal treats like arroz con dulce (rice pudding) and coquito (coconut-based eggnog with rum), while carolers mill about and an endless array of festivals take over San Juan.

Each December 31st, Puerto Ricans ring in the New Year with parties around the island. Revelers take part in the popular yet odd tradition of eating a grape for each chime of the clock in the seconds before midnight. Three Kings Day means parades a plenty, and the following week you can dance and shop your heart out at the Festival of San Sebastian. Local artisans will set up shop and Puerto Ricans will parade around Old San Juan in honor of the patron saint of soldiers and athletes. 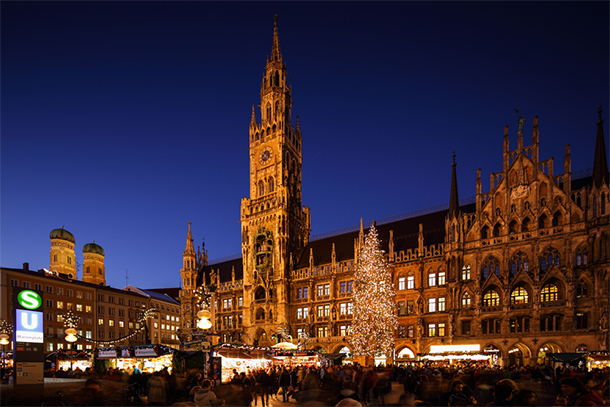 (Photo: Christmas in the Marienplatz via Shutterstock)

Germany has some of the oldest and most heralded Christmas markets in the world and is about to see an influx of tourism in 2016 thanks to the German Beer Purity Law’s 500-year anniversary. Each Christmas, the massive Christkindlmarkt in grandiose Marienplatz Square emerges to mark the beginning of holiday celebrations in the heart of Bavaria.

Winter festivals, toy villages, and craft markets take over early, with most opening in mid or late November. Germans don’t have a Thanksgiving to delay their affinity for strings of lights and decorated trees. Even Munich’s five-star airport is home to a seasonal Christmas Market, which stays open until December 27, so visitors returning home can be immersed in the festivities until they’re boarding their departing flight.

You Tell Us: Which winter wonderland suits you best? Comment below.

Editor Shannon McMahon has visited both London and Puerto Rico and can attest to their Christmas spirit. Follow more of her adventures on Twitter @shanmcmahon_.