For travelers, Great Britain is a work in progress, richly rewarding those who visit with up-to-date information. Here are a few important changes to be aware of for 2014.

London continues to grow and thrive post-Olympics. Free Wi-Fi is everywhere, bus transportation is more efficient than ever, and the city’s freshly scrubbed monuments have never looked so good. Some of the biggest changes are in East London, where backhoes and bulldozers buzz around busily turning the 2012 Olympics site into what is now Queen Elizabeth Olympic Park (great for Londoners, but a bit far from the center for most tourists).

The Shard, a shimmering glass pyramid that soars 1,020 feet above the Thames in central London, started welcoming visitors to its observation decks last year. Perched in the building’s pinnacle, the decks offer great views of the Tower of London (directly across the river), St. Paul’s, and the South Bank (underfoot). But a visit to the top costs a jaw-dropping £25 (for advance tickets)—not worth it for most visitors.

Years ago the venerable Tate art gallery split in two, with the original site dedicated to British art and the new site—the Tate Modern—filled up with modern art. An extensive renovation at the Tate Britain has wrapped up, which means even better gallery spaces in the oldest parts of the building. Now, the Tate Modern is adding a new wing (currently under construction yet opening bit by bit), allowing the museum to expand beyond its current European and North American focus with exhibits on Latin American, African, and Asian art. A new space called the Tanks (formerly underground oil tanks) is already open and hosts live performances, film screenings, and installations. 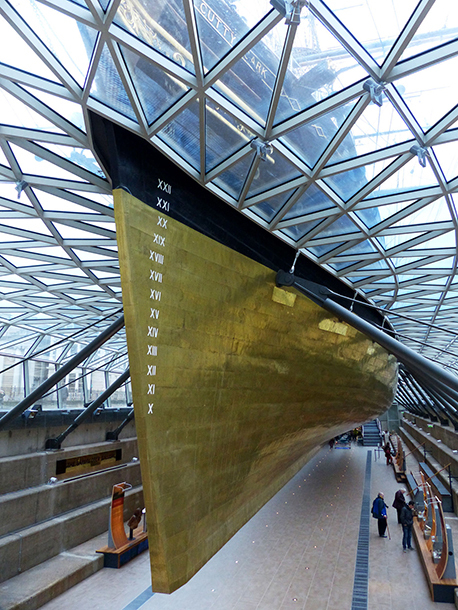 Greenwich’s famous Cutty Sark, the last and fastest of the great tea clippers, was gorgeously restored in 2012 after a devastating fire. It’s now suspended within a glass building, allowing visitors to walk on its decks, through its hold, and below its gleaming golden hull. Multimedia and hands-on exhibits bring the ship’s record-breaking history to life.

Finally, after nearly 5,000 years, Stonehenge has a decent visitors center. The new center features artifacts found at the site and a 360-degree virtual view of what the stone circle looked like back then. The highway that once ran adjacent to the iconic edifice has been closed. Instead, people start at the visitors center—located more than a mile west of the stones—then take a shuttle or walk to the stone circle. Advance reservations are required, and tickets feature a timed entry window (though a few walk-up tickets are available each day).

In the Georgian city of Bath, the Georgian House, which gives an intimate look at life in the 18th century, has reopened following an extensive renovation. The American Museum (I know, you need this like you need a Big Mac) on the outskirts of town is now easier to visit, thanks to a free hourly shuttle that runs from the town center.

In Portsmouth, the Mary Rose Museum opened last May. The £36 million facility, shaped like an oval jewel box, preserves the hull of Henry VIII’s favorite warship, which sank in 1545. You can view the hull (through protective glass, for now), but the highlight is the collection of Tudor-era items that were found inside the wreck, such as clothes, dishes, weapons, a backgammon board, and an oboe-like instrument. There’s even the skeleton of Hatch, the ship’s dog.

In York, the renovation of the Minster’s Great East Window continues, with temporary exhibits that explain the project, such as the painstaking process of removing, dismantling, cleaning, and restoring each of the 311 panels. The Minster’s new undercroft museum focuses on the history of the site and its origins as a Roman fortress. Thirsty tourists will appreciate a new activity in town: an intimate, tactile, and informative 45-minute tour of the York Brewery, a charming little microbrewery.

In 2014, Glasgow will host the Commonwealth Games July 23–August 3, with 6,000 athletes expected to compete.

The Battle of Bannockburn—Scotland’s most significant military victory over the English—will mark its 700th anniversary in 2014. In honor of the occasion, the Bannockburn Heritage Centre in Stirling is being spiffed up with an interactive 3-D battle simulation and 360-degree film. A three-day festival called Bannockburn Live will take place June 28–30. Activities include music, highland games, reenactments of the battle, and themed Scottish villages.

Whether you’re interested in Scotland, Stonehenge, Shakespeare, or all of the above, having—and using—good information will put the great into Britain on your next trip.