Christa Terry is a writer and startup founder living the freelance life with two kids in tow. Follow her on Instagram @christa.deann or find her on ButterTea.

Until recently, if you were born between ‘77 and ‘83, you were either a youthful Gen-Xer or a decrepit Millennial. Now you’re a Xennial, part of a micro-generation loosely united by two things. First, we Xennials had mostly tech-free childhoods, but came of age in the Internet boom years. And second, our capacity for nostalgia is seemingly limitless.

The Best Places for Xennial Travelers to Visit

Let your longing for the past be your guide. Take one of these 10 vacations that prove the people in our microgeneration really were the Lucky Ones. 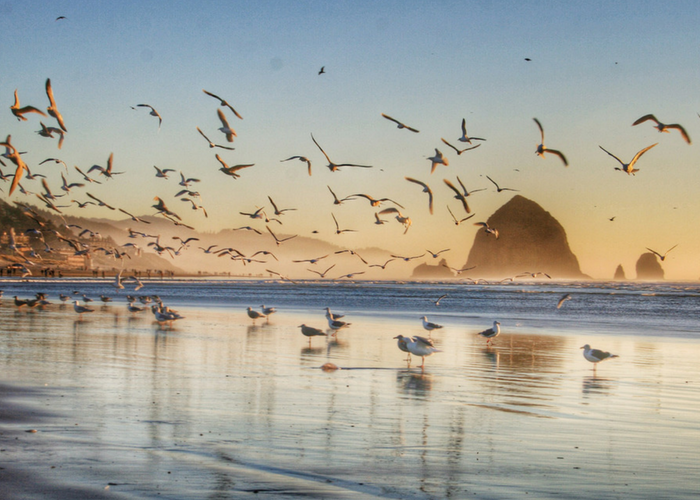 Hey you guyyyyyys! Diehard fans of Richard Donner’s 1985 cult kid classic Goonies will love this somber-but-friendly coastal town. Astoria’s economy was once fueled by fishing but is now kept afloat by wannabe Goonies making the trek to check out the Goondocks house, walk the route of the opening car chase, and visit the The Oregon Film Museum (a.k.a. Jake Fratelli’s jail, now dedicated mainly to all things Goonies).

Cap off your visit with a drive down the coast to Cannon Beach, where you can gaze at the iconic 23-story-tall Haystack Rock and think about how this is your time.

Where to Stay: For a great night in Astoria, book a room at the Hotel Elliot in the center of the city. This historic hotel has its own bar and rooftop terrace, but is also within walking distance to many restaurants if you feel like going out.

East Side Gallery in Berlin 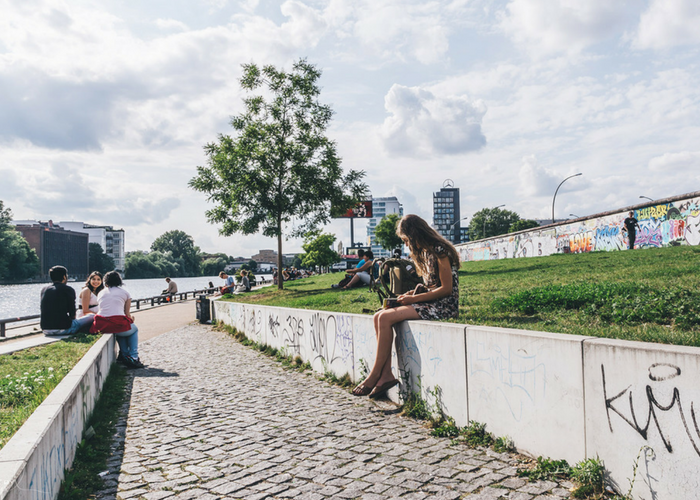 The toppling of the Berlin Wall is one of the first political events most Xennials remember, but don’t go to Berlin expecting to see great lengths of the once-imposing Cold War relic. Only about two kilometers of original wall still stands, with most of it represented by cobblestones marking where it once loomed. You can walk or bike stretches of the Berliner Mauerweg, but the longest and best-preserved portion of actual wall is the strollable and striking East Side Gallery in Friedrichshain-Kreuzberg, a 1.3-kilometer-long section painted with 100 murals as an international freedom monument.

Where to Stay: The RIU Plaza Berlin am Kurfurstendamm offers modern rooms and a central location in the city. 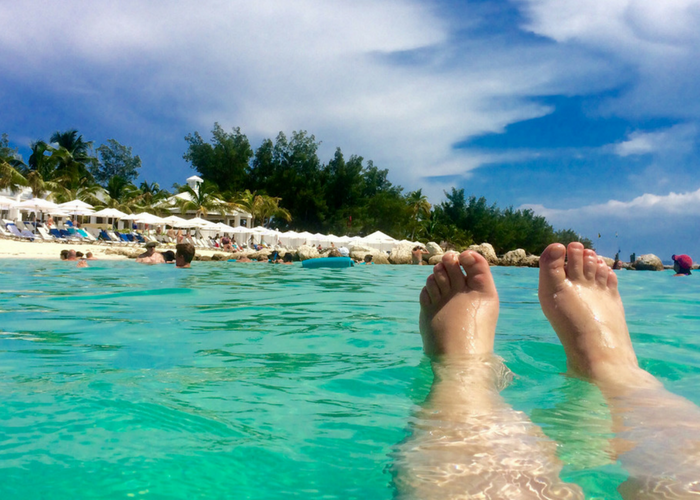 The New Kids on the Block are now the old kids on the block, but that hasn’t stopped them from playing sold out shows since their grownup reboot. Their annual Half Moon Cay/Nassau cruise tends to book up a year in advance, so if you’re keen to realize your teenybopper dreams of hanging tough with Danny, Donnie, Jordan, Jon, and Joe, do the right stuff and put yourself on the waiting list. Then try not to cry too much when you realize your Millennial friends have no idea who those guys are.

Where to Stay: The cruise sets sail from Miami, so if you want to get there a day early, consider a stay at Eurostars Langford, where you can enjoy an evening at its rooftop bar. 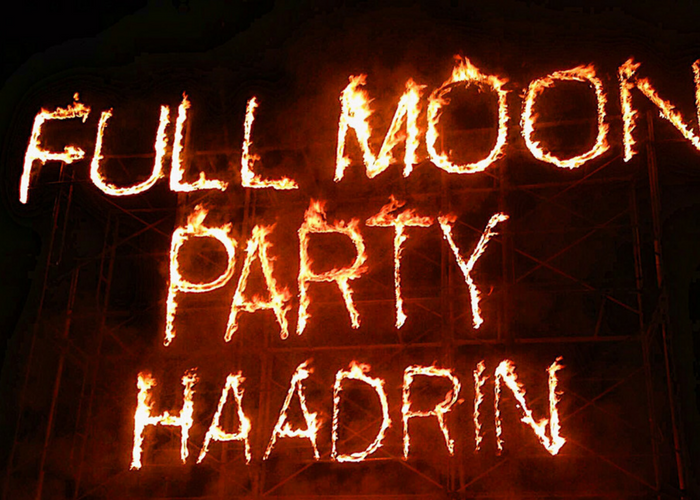 There’s nostalgia for the things we did, and then there’s our longing for experiences we never had. Whether you read The Beach in high school or watched the film in college, you probably fantasized about some isolated invite-only stretch of sand where you could fish all day and party all night. The next best thing used to be heading to Koh Pha-ngan, home of the Full Moon Party.

But what began as a little-known, relatively chill backpackers’ bash has become an overnight blacklight bacchanal with plenty of drugs, sex, and violence. So why go now when the vibe has totally changed? You can’t recapture paradise, but for Xennials with fond memories of gritty warehouse raves, the Full Moon Party is nostalgia squared.

Where to Stay: Just 30 minutes away by boat, Baan Sai Tan boasts gorgeous pools and makes for a perfect home base from which to explore.

You wore out your Before Sunrise VHS reliving continental fantasies and vowing you’d eventually take a European gap year. This film had everything. Self-fulfillment through travel. Star-crossed romance. Beautiful scenery. And 90s-era Ethan Hawke’s luscious mane. That head of hair didn’t survive into the new millennium, but you can still get a Euro Pass and hop on a train to Vienna for a DIY Before Sunrise tour. You can even start in Budapest and hope you connect with a beautiful stranger who’s intelligent, articulate, and up for anything.

Where to Stay: Start in Budapest and stay at the Iberostar Grand Budapest. This hotel is located in the center of the city and offers complimentary spa access. It’s the perfect place to unwind before your train journey begins. 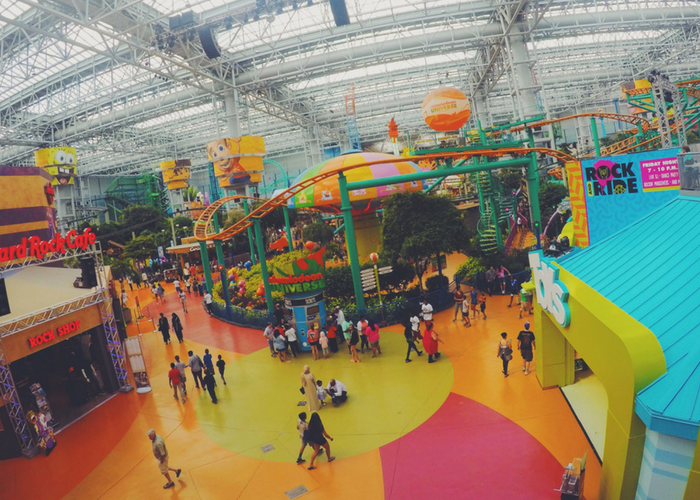 The Mall of America is one of those fascinating spots you should hit up once just to say you’ve been, but there’s more to it than minor celeb appearances, the giant LEGO robot, and an aquarium full of sharks, stingrays, and turtles. This mall on steroids also has Nickelodeon Universe, an indoor theme park that’ll take you back to your Nick-obsessed childhood.

There are thrill rides for the grownups and plenty of nods to the late-’80s/early-’90s (which Xennials know was the true high point of the network’s programming). Hang with Ninja Turtles and SpongeBob in between roller coaster rides, and try not to say “I don’t know.”

Where to Stay: The DoubleTree in Bloomington is just a 10-minute drive away. 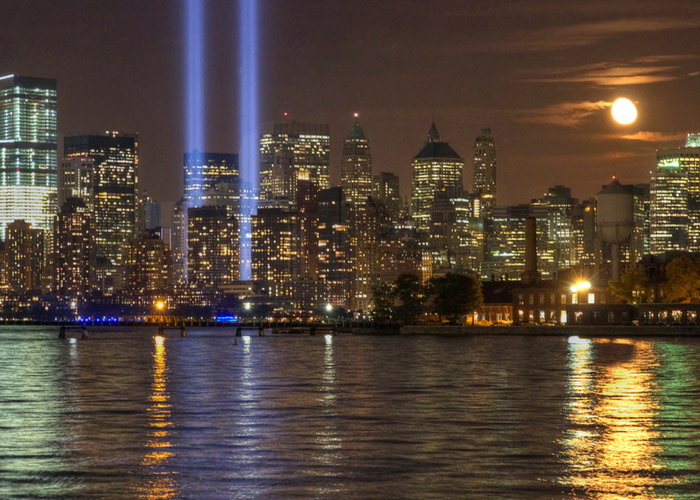 September 11, 2001, was a defining moment in the lives of Xennials. We reached adulthood in a strong economy with the promise of a bright future after college, but the post-9/11 financial meltdown turned us into a (micro)generation of scrappy, out-of-the-box thinkers cobbling together part-time jobs and living with our parents much longer than most.

The National September 11 Memorial & Museum tells the story of what happened before, on, and after 9/11, and honors the personal stories of the men, women, and children who died that day as well as those who worked hard to heal New York in the aftermath. But if that gets overwhelming, the rest of New York City is there to remind you that the world is still an amazing place.

Where to Stay: Consider an overnight at The Jane, a historic hotel in the meatpacking district that boasts a river view in each room. 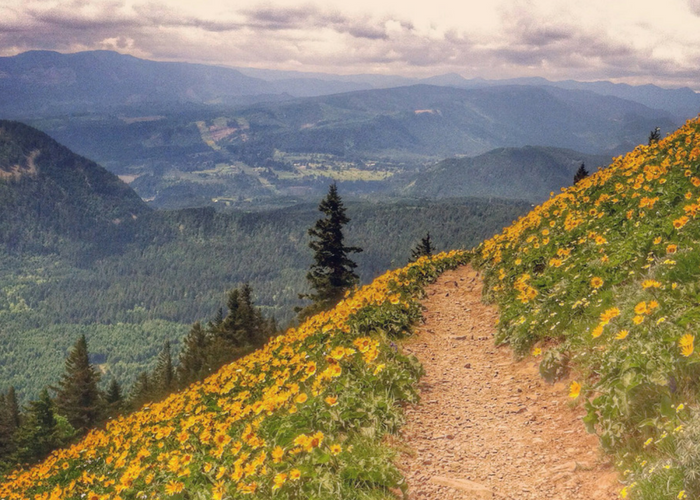 Xennials are called the Oregon Trail Generation for good reason. The game (which you can stream here) found its way into most of our classrooms because it was educational, but what made it fun was the way it dispatched party members with a revolving door of measles outbreaks, snakebites, bouts of exhaustion, broken limbs, and, of course, dysentery.

Few of us ever made it to the end of the Oregon Trail, but you can still check out 13 miles of the real thing at the National Historic Oregon Trail Interpretive Center. It’s kind of mind-bending to chat with pioneer reenactors and see actual wagon ruts when your previous experience with the Oregon Trail mainly involved getting everyone in your party killed.

Where to Stay: More like a bed and breakfast than a traditional hotel, the Baker City Blue Door Inn will make you feel right at home on the Oregon Trail. 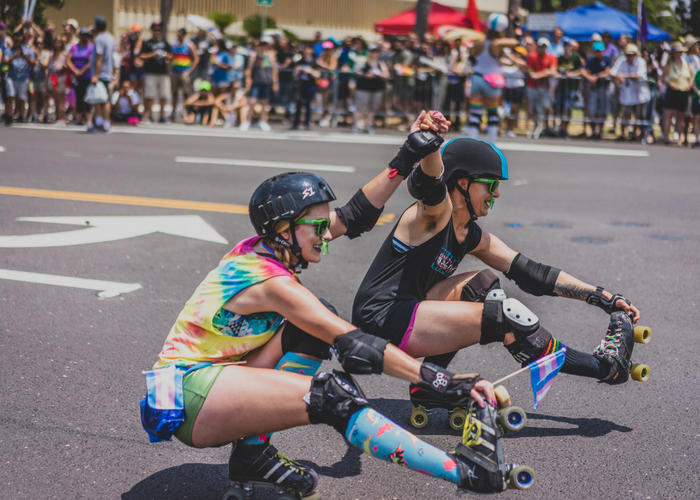 There’s something unapologetically ’80s about roller derby, and California is undoubtedly the modern home of this retro cool sport. Leagues abound and you might even discover there’s one near you, but if you want to see (and train with) the best of the best, head west.

The Los Angeles Derby Dolls have made a big name for themselves with appearances on CSI Miami, Bones, and Bunheads. Their games? Are wild. And every spring you can learn to kick major ass on the track at their four-day co-ed intensive roller derby training camp, March RADness.

Where to Stay: If you plan on attending one of those intensive roller derby training camps, you’ll want to stay somewhere comfortable so you can relax after a long day. Try the Freehand Los Angeles for all the amenities you need and a comfortable room that won’t feel so far from home.

A Visit to Prague 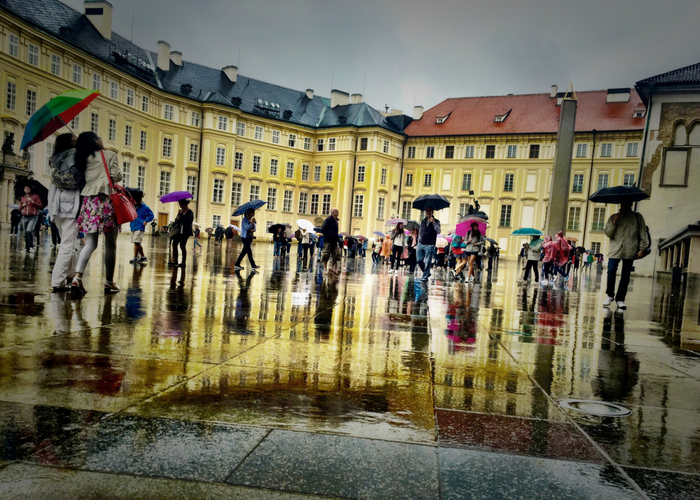 This Eastern European city had a reputation for being exotic when we Xennials were in college, with all the charm of Paris at a fraction of the cost. But Prague was not as far off the beaten path as we thought and was already teeming with tourists by the time we heard of it. That said, if you didn’t make it to the Czech Republic way back when, it’s still worth crossing off your college bucket list. What Prague still has is fairytale charm, plenty of rich history, and some of the best beer you’ll ever drink—making it the perfect trip to scratch the FOMO itch.

Where to Stay: The COSMOPOLITAN Hotel Prague was originally built in 1889 and is a short walk from Prague’s Old Town Square, a must-see for any visit.

A Final Note on Nostalgia

If you’re wary of nostalgia-fueled travel, you’re not alone. When the term Xennial hit the headlines, every day started to feel a little too much like #tbt. But looking for joy in the past can be healthy, especially when you’re living in uncertain times.

Just make sure you’re not descending into an acute state of nostalgia where nothing is ever as good as it once was. When that happens, the remedy is simple: start making fresh memories so you’ll have something new to be nostalgic about when the next microgeneration comes along.

Christa Terry is a writer and startup founder living the freelance life with two kids in tow. Follow her on Instagram @christa.deann or find her on ButterTea.