We all have such good intentions when we’re traveling. We’ll practically bathe in hand sanitizer after braving the airplane bathroom and always wash our hands before we eat. But there are some common things that many travelers do to inadvertently sabotage their health. Once you’ve read the disgusting details about these seemingly innocuous activities, we’re guessing you’ll never do them again. 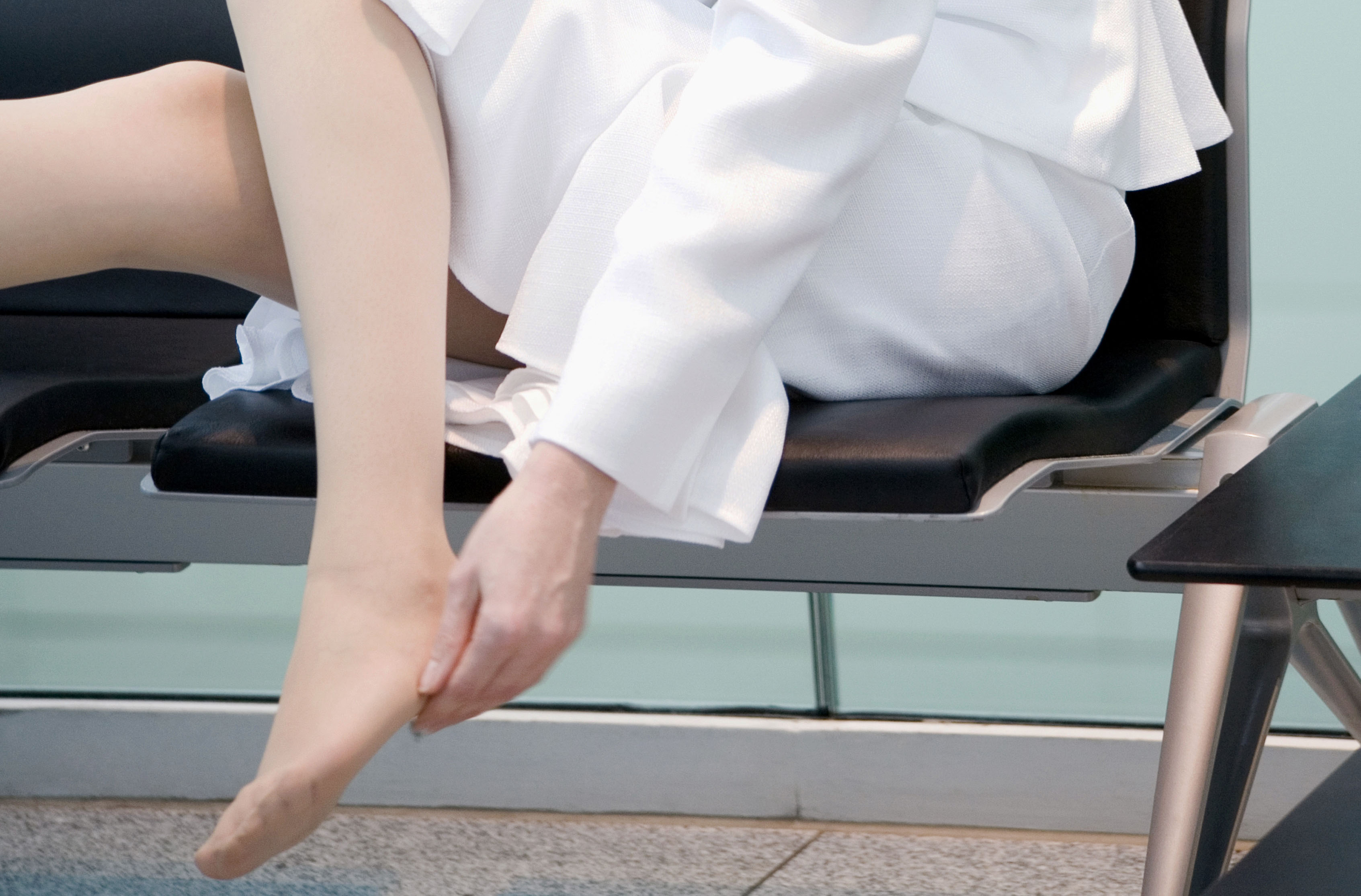 I prefer to wear slip-on shoes when I travel, for comfort and ease of getting through airport security. But there’s nothing worse than forgetting to wear socks (or at least bring a pair to slip on) when you’re going through the security screening. Think of all of the other unfortunate barefoot people that have passed through before you (and how long it’s been since the floors have been cleaned), and you’re going to want to wash your feet immediately.

Podiatrist Kathleen M. Stone tells WebMD, “Probably the only way you can combat the fact you are walking on a filthy floor is to keep a pair of socks on.” University podiatry instructor Rami Calis concurs, saying “Athlete’s foot is not the only issue. Think of all the things that fall off people’s shoes. Also, there might be small tacks or sharp pebbles that could cut you—and if you have an opening in the skin, that is asking for infection. Even a sock won’t protect your foot. If you do step on a tack, then we’re talking about having to get a tetanus shot, and possible staph or pseudomonas infections. You never know where people’s shoes have been—If someone who’s been on a farm walks through the airport, you’ll have fecal matter, too.”

What Not to Wear in the Airport Security Line

Not Sanitizing After Using Security Bins 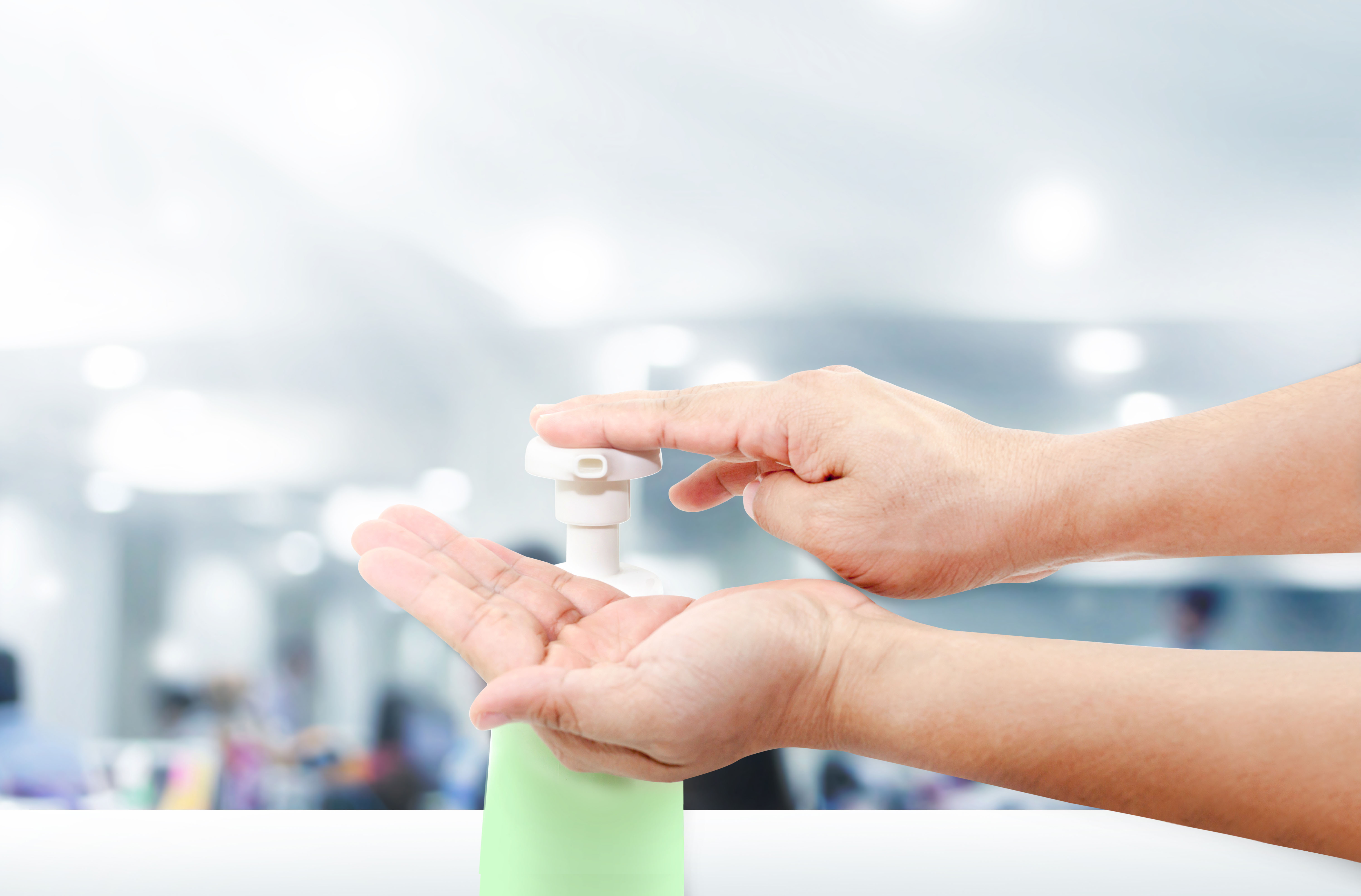 Unfortunately, there’s no way to get around using the bins at airport security (unless you’re using TSA Precheck and don’t have to take off your shoes off or remove your 3-1-1 liquids from your bag). To combat this germ hotspot, make sure to wipe down everything you place in the bin after using it—those gray little boxes are teeming with bacteria.

According to a study done by TODAY, “Tests of two bins used to collect shoes, bags and just about everything else dumped in for the X-ray machine revealed the presence of dangerous bacteria. One bin yielded evidence of fecal matter at levels high enough to make people sick.” Think about that statistic the next time you take your phone out of the bin and promptly put it on your face to make a call. 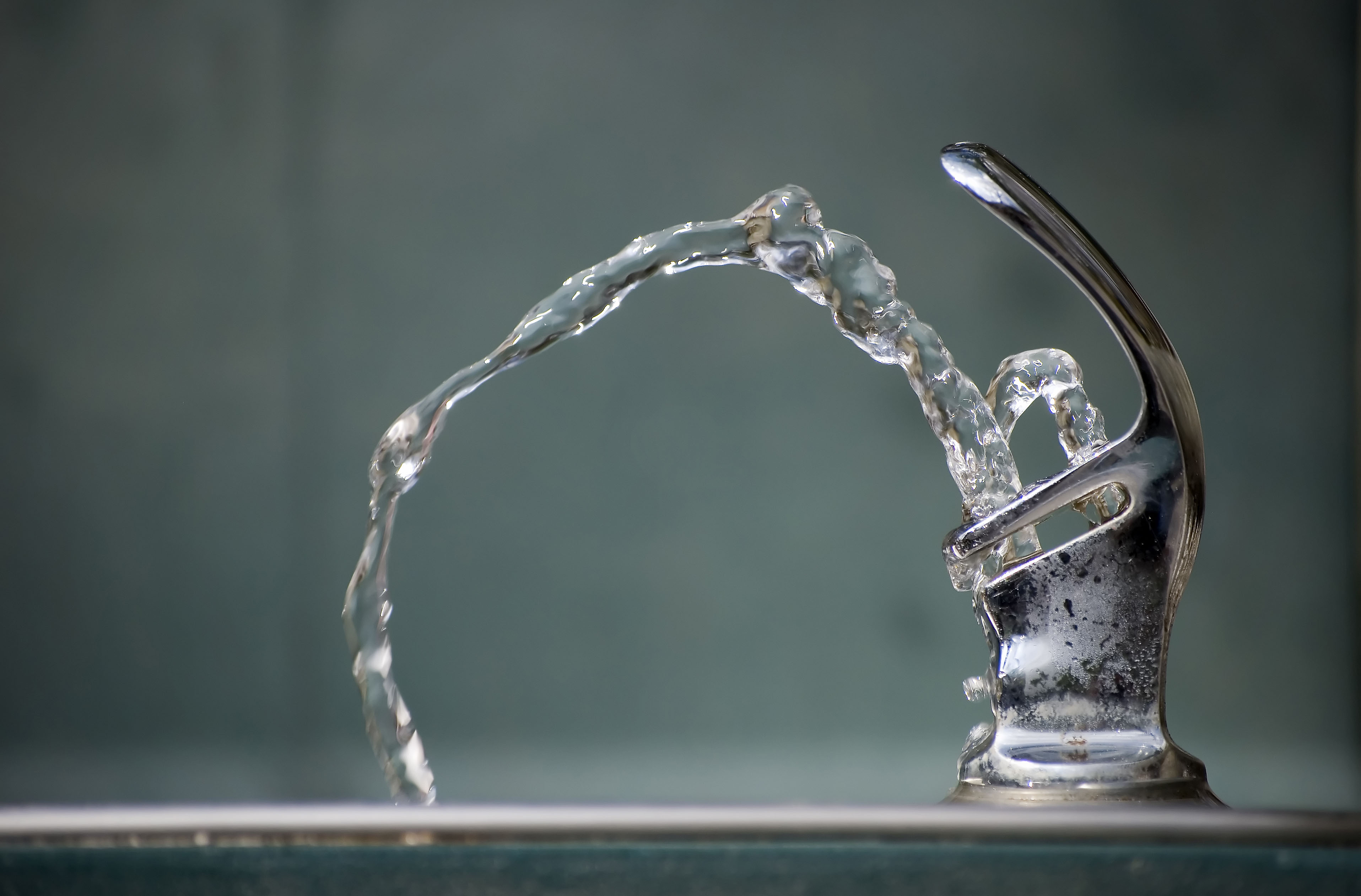 It’s time-honored travel advice: Bring a refillable water bottle with you and utilize public water sources to hydrate on the cheap. But you could be harming your health in the process: a study conducted by Canada’s Toronto Star newspaper tested 20 public water fountains and water coolers across Toronto, and found that half of the spouts tested contained bacteria levels that were “too high to count.” Virginia Tech water expert Marc Edwards discussed the risk of using water fountains, saying: “You’re increasing your likelihood of a harmful exposure. Pregnant women, children and people who are sick would be most vulnerable. Harmful pathogens that could live on fountain and cooler spouts include e-coli and legionella, which can cause gastrointestinal problems and pneumonia-like symptoms.”

10 Things You Should Never Touch on a Plane

Using Your Phone While Eating 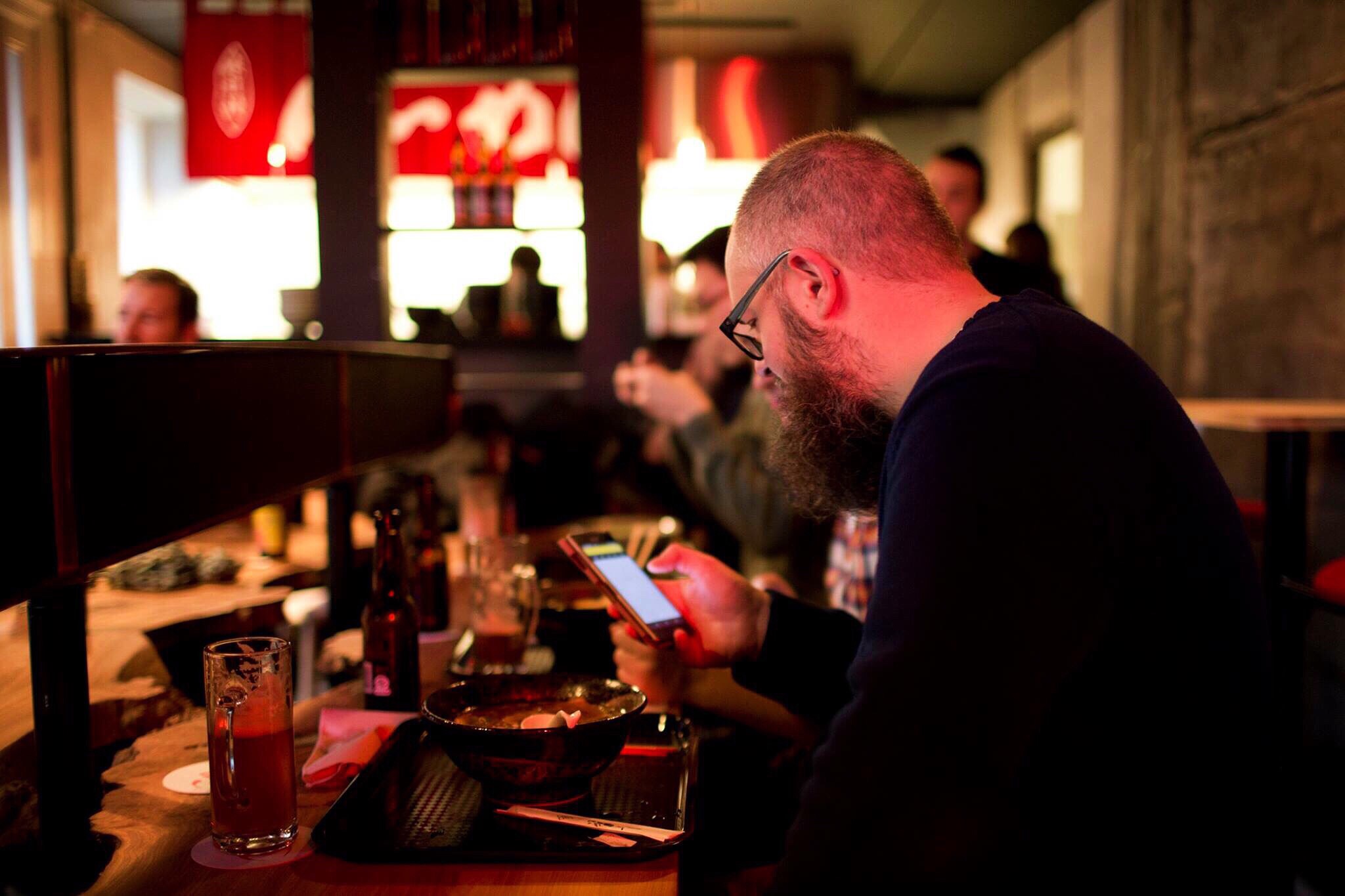 It’s bad etiquette to use your phone at the table, but we’ve all been there–sometimes you’re dining alone and use your phone for company, or you just want to look up something quickly while you’re eating. Studies have shown that our smartphones are pretty filthy, and carry all kinds of bacteria. So when you’re switching between eating with your hands and touching your phone screen with those same hands, you’re providing an easy route for bacteria to get in to your mouth.

If you must use your phone while eating, be sure to sanitize your device with wipes (like these smartphone-safe ones) before digging in.

Not Wearing Flip Flops or Slippers 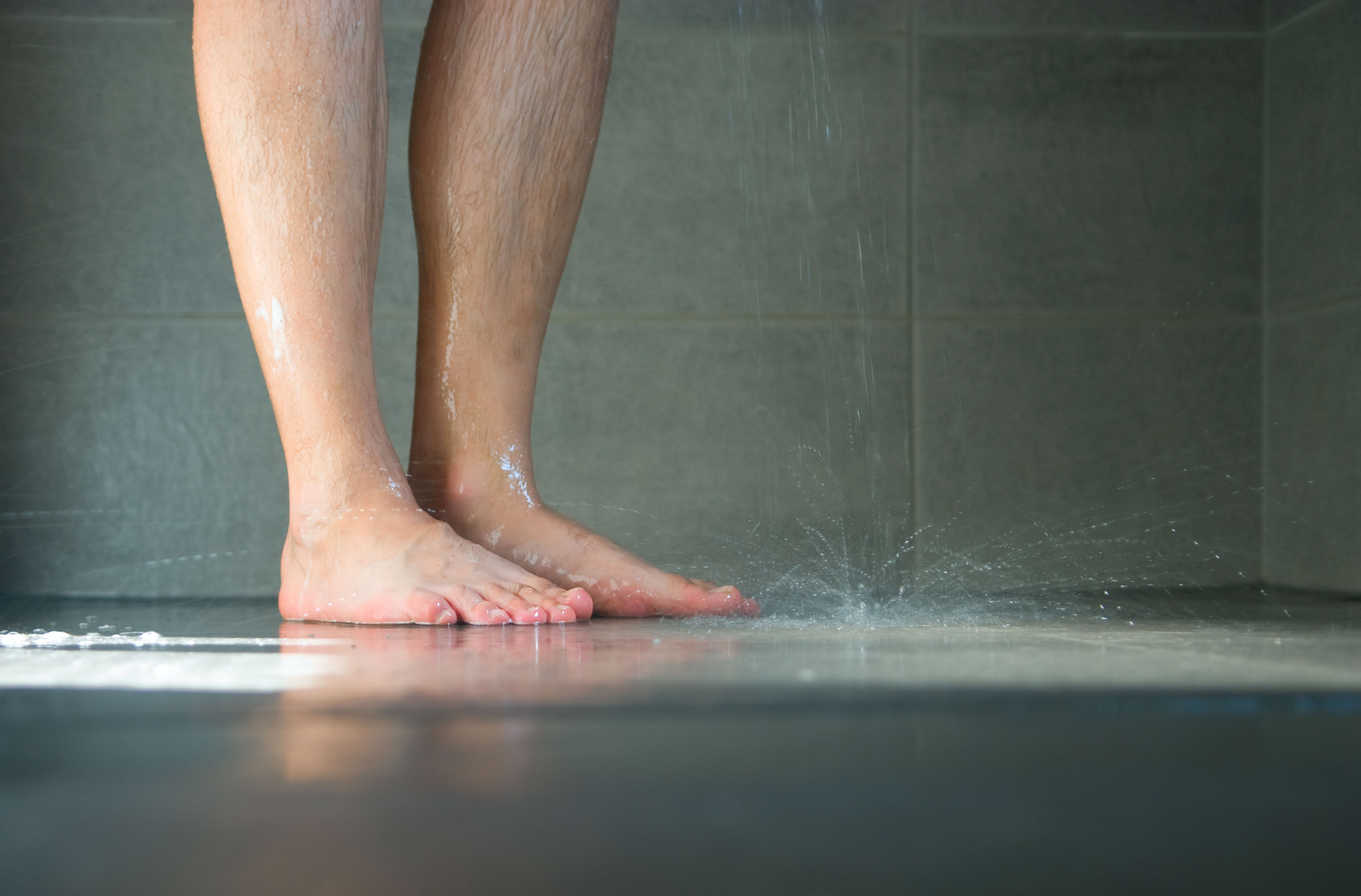 If you’re using a shared bathroom (like in a hostel or your hotel’s gym), of course you’d wear flip flops—that’s just common sense. But did you know that the fungus that causes athlete’s foot can lurk in your private hotel room too? According to Lexington Podiatry, “While warm, carpeted floors are nice in the morning when you wake up in your hotel,” it can pose a risk to your foot health. “That very carpet is likely the perfect breeding ground for organisms such as athlete’s foot fungus.” 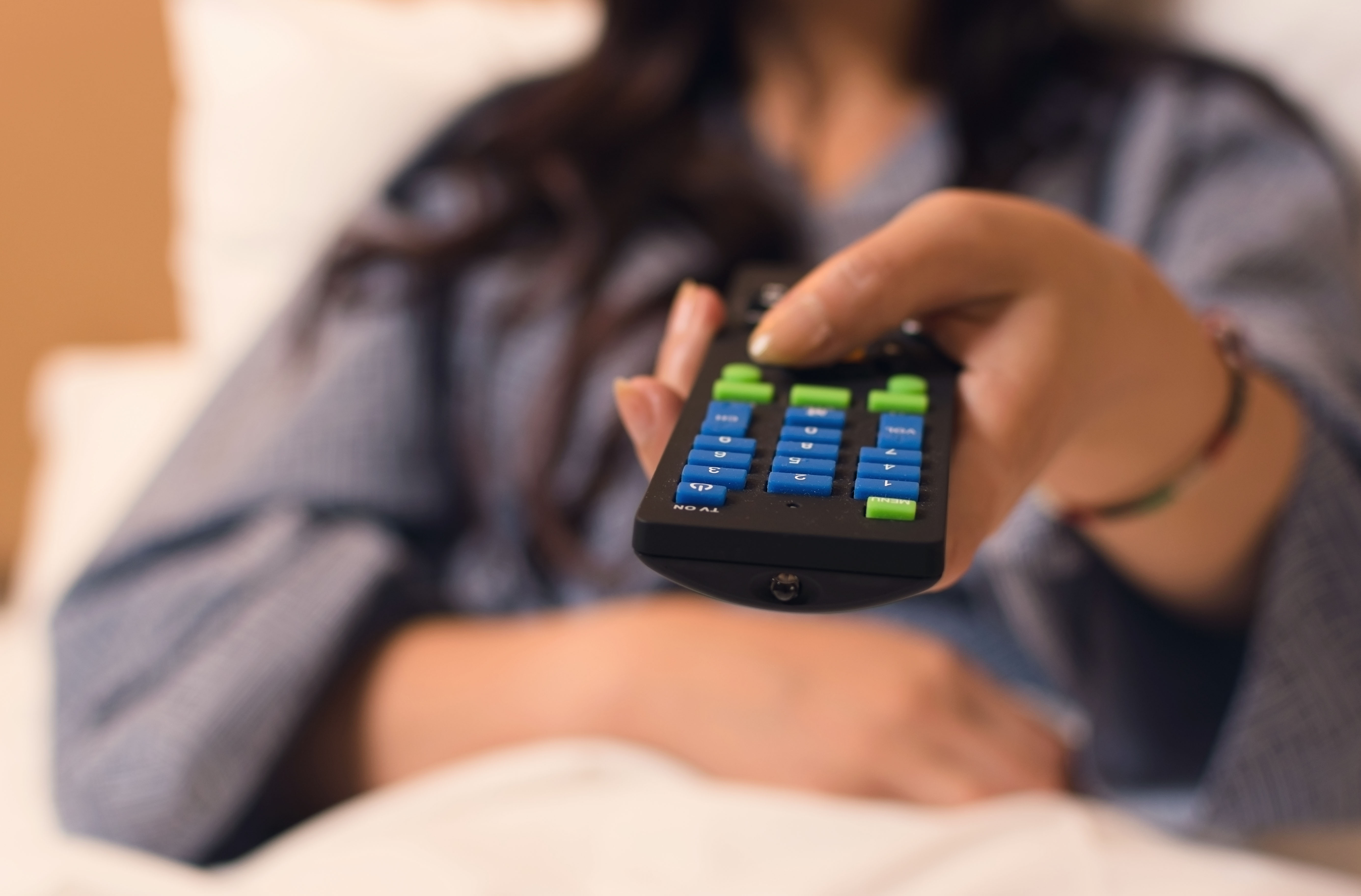 Think about how many people touch the remote in your hotel room, and then guess how rarely it gets sanitized. A University of Houston study found that remotes are among the dirtiest objects in hotel rooms. So if you’re tempted to channel surf while dining on room service, be sure to slip something (like the disposable shower cap you’ll find in many rooms) between you and the remote.

What to Pack If You Hate Getting Sick

Not Wearing Shoes in the Airplane Bathroom 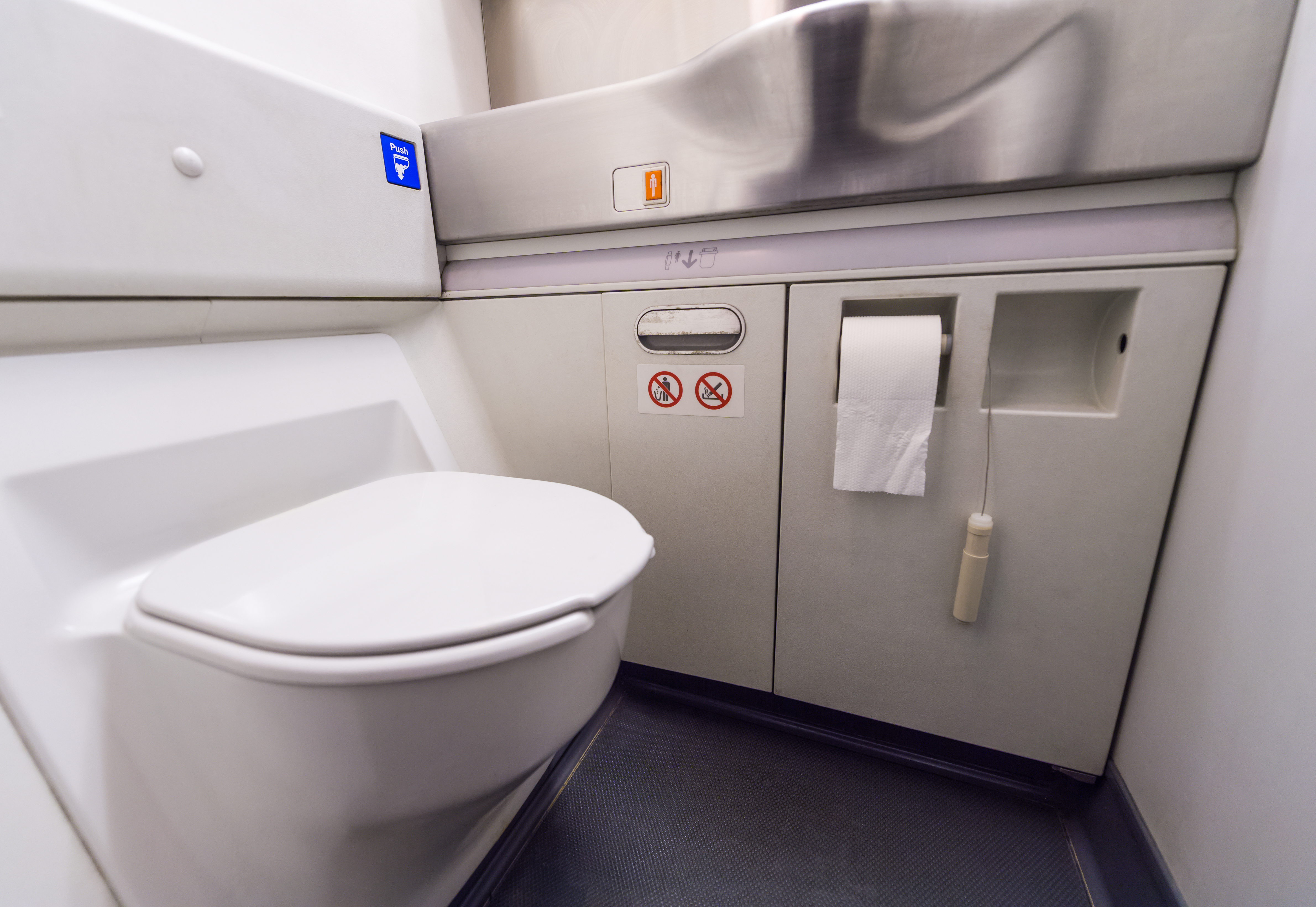 I am always amazed and horrified when I see fellow flyers visit the airplane bathroom without their shoes on. Let’s be honest—things can get turbulent, and when was the last time you visited a bathroom in the sky that didn’t have a mystery puddle on the floor? Do you want to feel that liquid seep in through your socks (or even worse, on to your bare feet)? Travel expert Johnny Jet writes: “Wear your shoes! An airplane bathroom is so disgusting and dirty. In fact, I know flight attendants who will keep the shoes they wear into a plane’s lavatory outside of their house! That’s how dirty the bathrooms are.”