When travel finally opened to Cuba, everyone said, “You have to go now before it’s ruined!” I have a different take. I think more Cuba tourism could—potentially—bolster its economy and provide more opportunities for preserving its unique heritage. That’s a far cry from “ruined” to me.

But if you’re interested in visiting places like Cuba before they become overrun with tourists (and, in extreme cases, have to start telling people not to come), then you may want to bump these 10 on-the-rise destinations to the top of your travel list. Not because they will be “ruined,” but because they will definitely see more visitors.

Secret Places You Need to Go Before Others Do 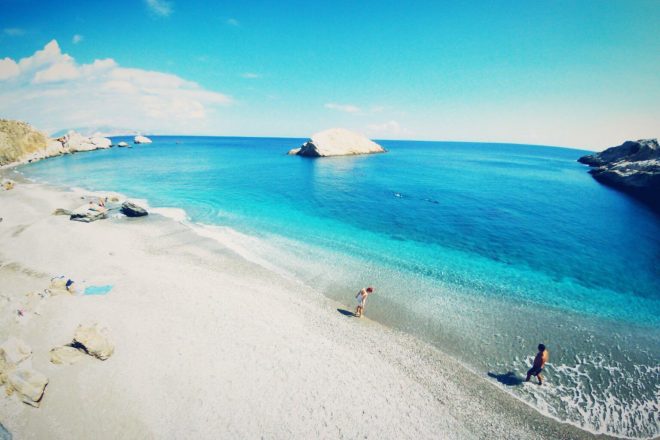 When most people think of Greek islands, they think of Santorini. But its neighbor to the northwest in the Cyclades Islands is poised to take Santorini’s place in the Aegean spotlight. Folegandros has similar architecture—whitewashed buildings with flowers crawling up the side, blue-domed churches—and similar draws, including secluded beaches and cliffside vistas.

What Folegandros doesn’t have are huge groups of tourists. This may be partially because the big cruise lines don’t dock there (so you’ll have to take a ferry from Piraeus on the mainland or from other islands, including Santorini, to reach it). Its streets are paved in slate, and hiking along the coast is one of the best ways to reach sheltered beaches like Katergo, with its pebbly shore.

Book it: Get prices for Polikandia Hotel and other area hotels 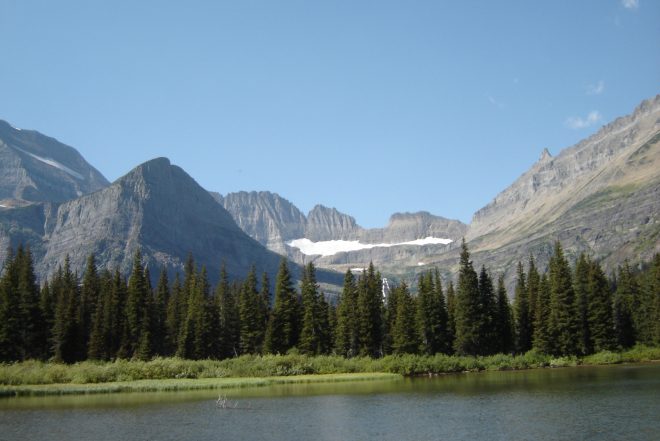 Unlike America’s most visited national parks, Glacier National Park sees comparatively modest traffic (although visitor numbers bloom every July and August). But visitation numbers (2.3 million in 2015 compared with 307.2 million travelers to the most-visited national park, Great Smoky Mountains) are likely to rise higher over the coming years as tourists realize this may be their last chance to see the glaciers that give the park its name. Like it or not, the ancient ice is disappearing.

After you’ve experienced the quintessential Going-to-the-Sun Road drive, you should take in the park’s most beautiful (and secluded) alpine meadows and mountains on more than 700 miles of trails. Strapping on a pack and doing some backcountry camping for a night or two is a surefire way to limit the number of fellow travelers you’ll bump into. But if you prefer to stick closer to you vehicle, the North Fork section of the park is the least crowded due to rough dirt roads. Brave them for a chance to see rare wildlife and a largely untouched swath of nature.

Book it: Get prices for the Many Glacier Hotel and other area hotels 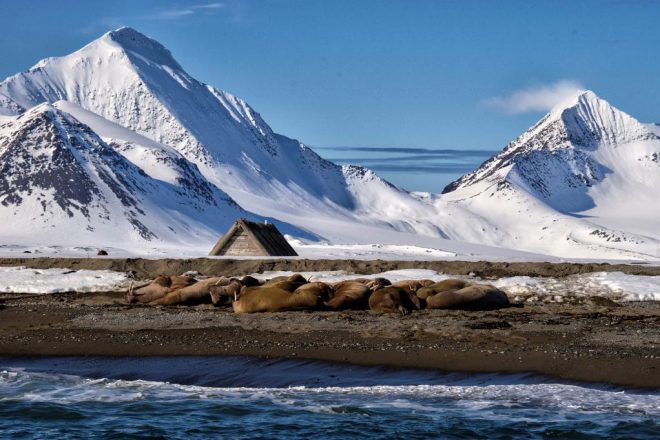 With Iceland now increasingly attracting travelers, thanks in part to free stopovers from Icelandair and WOW air, it’s time to look elsewhere for a crowd-free Nordic vacation. And while Svalbard, an archipelago located halfway between Norway and the North Pole, doesn’t currently have any free stopover (and its remote location means it’ll take more time and money to get there), it does offer unique scenery and wildlife—including polar bear, reindeer, walruses, and seals—and few tourists.

Once on the island, snowmobiles, dog sleds, and boats are the main means of transportation between colorful villages, protected nature reserves, and national parks. Dogsledding, snowshoeing, Nordic skiing, and spotting the aurora borealis are the main activities in winter, while hiking on glaciers and kayaking under the midnight sun dominate the summer months. Of course, with the threat of polar bears, carrying a firearm is recommended.

Stay at a remote radio station turned hotel for a new kind of adventure. Many flights leave from the already-far-north Tromso (though you’ll avoid aurora-chasing crowds there, too) or Oslo in the summer.

Book it: Get prices for Isfjord Radio and other area hotels 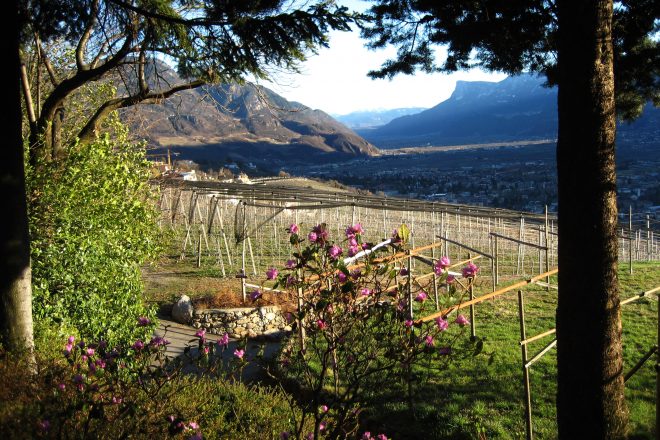 The Swiss, Austrian, and French Alps get all the attention for their hiking and skiing opportunities. But the Dolomites (technically part of the Alps) in northeastern Italy afford the same natural beauty—minus the crowds and hefty price tags. Some of the smaller villages and ski areas take more time to get to because they’re less accessible by public transit, but this hasn’t stopped large swaths of German and Austrian tourists from trekking to the region (also known as South Tyrol or Sudtirol in German). The secret is spreading thanks to the region’s unique combination of Alpine and Mediterranean climates.

Towns like Merano (not to be confused with Murano) have a distinctly Austrian feel, plus activities centered on wellness and relaxation like thermal springs, vineyards, and wineries drawing in walkers and hikers for tastings—and a break from trekking. Area castles add a dose of culture and make for a perfect pitstop along the innumerable wanderwegen, or hiking trails.

Book it: Get prices for Ansitz Plantitscherhof and other area hotels 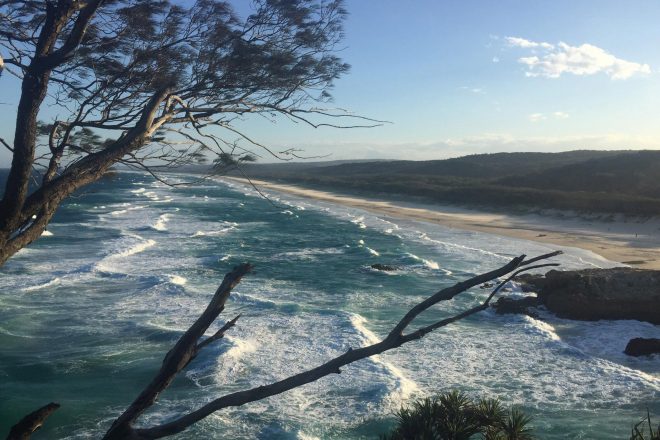 Flying to Brisbane, one of TripAdvisor’s destinations on the rise in 2015, is pretty much as far away from the United States as you can possibly get. So it’s easy to see why travelers may stick to the mainland for awhile once they arrive. But off the coast of Brisbane is the locals’ best-kept secret: North Stradbroke Island.

Called Straddie, the second largest sand island in the world is reached by a ferry across Moreton Bay Marine National Park (and by 2026, 80 percent of the island will be protected, too). Diving and snorkeling, surfing, whale watching, paddling, and swimming freshwater lakes are just a handful of the water-based activities the island offers. Many of the island’s small villages have art galleries and cafes, too.

Whether you opt to camp on beaches or stay in a hotel, make time to enjoy the local seafood that dominates menus.

Book it: Get prices for Samarinda Jewel by the Sea and other area hotels 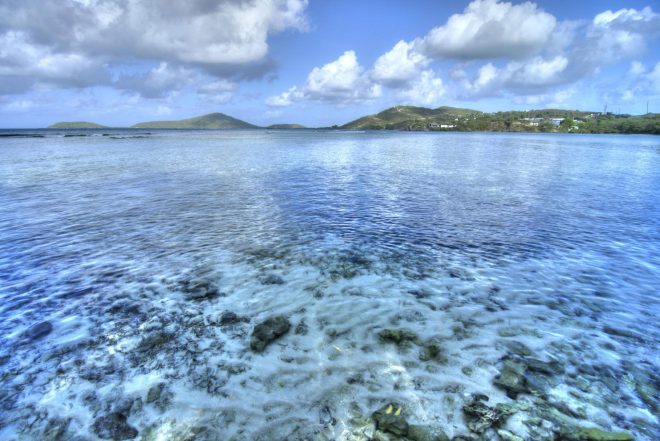 Sometimes it’s easy to forget how easy a Caribbean getaway is from the mainland U.S. While most visitors to Puerto Rico will stay on the mainland or Vieques, there’s a third option. Culebra is the smallest and sleepiest of the three islands, making it practically custom-made for those looking to get away from it all.

White-sand beaches, such as Flamenco, attract sunbathers, while the clear blue waters (in part due to minimal river run-off) lure snorkelers and divers who can explore numerous surrounding islets and reefs.

With no casinos, golf courses, large hotels (you’ll find mostly B&Bs, campsites, and villas), and no real nightlife, this little slice of sand shows no signs of developing into a giant tourist destination. But with its natural allure, that may not always hold true. Don’t wait to find out.

Book it: Get prices for Villas Cabuyal and other area hotels 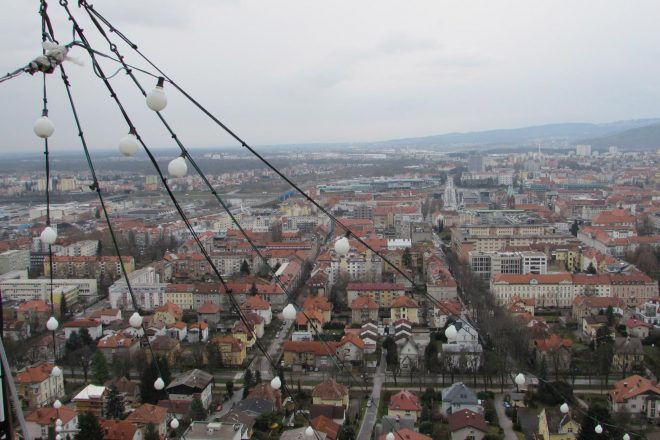 Sure, Europe will always have Paris. And Rome. And <insert any other major city here>. But one city that stands to break out is Maribor, Slovenia’s second-largest city. Only Ljubljana, the country’s capital, is larger, though it too is off the beaten tourist path. Maribor may not be as big of a city as the well-trodden European capitals, but travelers are discovering it’s low-key appeal after its designation as a European Capital of Culture in 2012.

This is the type of town you come to if you want wander the Old Town along the Drava River, stop in cafes to sit with a good book or people watch, and maybe pop into the 15th-century castle. It’s also home to the oldest grapevine on earth—fitting since the town is surrounded by wine growing regions producing zelen and gewurztraminer, among other varieties.

You won’t have a list 10 miles long with can’t-miss museums and restaurants. But what you will have is a relaxing European vacation. Visit late June through mid-July for LENT, the country’s largest festival.

Book it: Get prices for Bascarsija Etno House and other area hotels 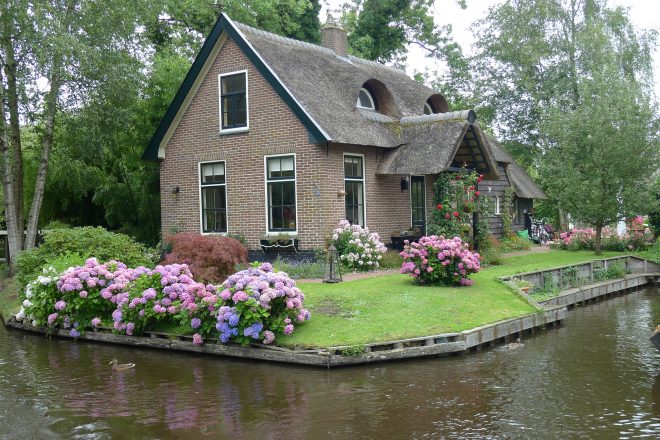 Tiny Hallstatt in Austria became a huge tourist draw in part because it is possibly one of the most picturesque places on earth (so much so that a Chinese businessman built an entire knockoff village), but also because of its proximity to Salzburg, allowing tourists to snap photos and return to the city all in a day. A similar trend may soon happen for Giethoorn.

The small canal-laden town in Holland is only 90 minutes from Amsterdam and has just as much aesthetic appeal as its more mountainous Austrian counterpart. Often referred to as the Venice of the North, the village is best explored by boat: an electric “whisper” boat, canoe, or traditional wooden punter with one person steering and the other propelling the boat forward with a stick.

If the canals feel too crowded, bicycling through the village, over its 150-plus bridges, and around the area (part of the Weerribben-Widen National Park) is another, no-less-scenic option.

Book it: Get prices for De Kruumte and other area hotels 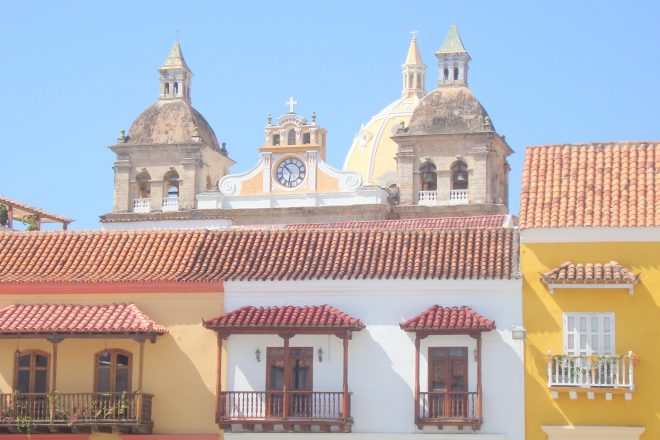 Number two in the world on TripAdvisor’s list of destinations on the rise, Cartagena sits on Colombia’s Caribbean coast. In addition to the beaches that come along with this impressive stretch of coastline, the colonial city is loaded with history, including the impressive San Felipe de Barajas Castle.

The city’s Old Town is a UNESCO World Heritage Site, in part because of it boasts “one of the most complete systems of military fortifications in South America.” The colorful walled city contains cobblestone alleys that lead to plazas under the watch of churches, outdoor cafes, and bars. Within the eight or so miles of stone walls, it’s easy to get lost in the maze of streets and find your own slice of solitude, though the sights and sounds of a busy city are never far away.

And if the beaches along Bocagrande get overwhelming, a short boat ride can take you to the quieter Isla Tierrabomba.

Book it: Get prices for Decameron Baru and other area hotels 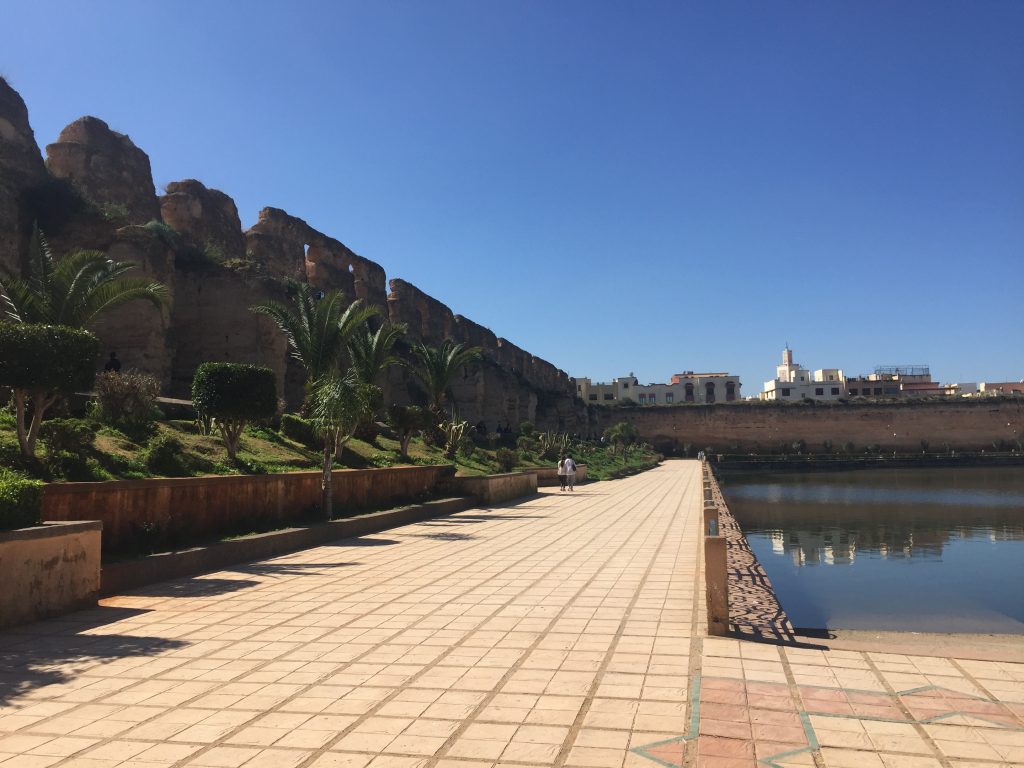 Morocco has long been the destination that checks the “exotic” box on many travelers’ lists, but most look to Fez and Marrakesh. The oft-overlooked a Meknes, a UNESCO World Heritage site, is smaller in size, but still has a winding maze of streets and packs in historical sites like Bab Mansour, one of the country’s most imposing and well-preserved gates, and the Mausoleum of Moulay Ismail, the sultan who made Meknes his capital.

The location is also ideal for day trips to the Roman ruins at Volubilis, also designated a UNESCO World Heritage site.

The 9th-century city has a quieter, more laidback feel compared to cities like Marrakesh, making Meknes a good introduction to Moroccan culture. Some of the best places to look for accommodations are at riads, or traditional Moroccan homes designed with a garden or courtyard at its center. Many riads have been converted into unique guesthouses that will give you a feel for the area’s history and culture.

Book it: Get prices for Riad Yacout and other area hotels