Layovers and flight delays are good for one thing: airport drinking. And these are the bars to do it in. Bottoms up. 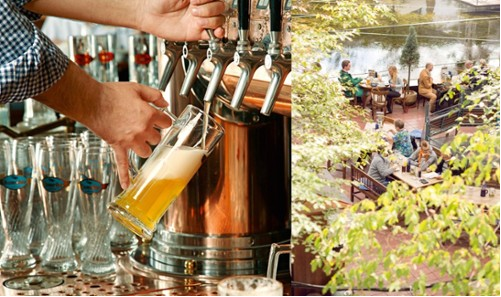 An alfresco beer garden—complete with an on-site brewery, master brewer, and local musicians taking the stage—sounds like something you’d find in Munich proper, not the flughafen (that’s German for airport). But you’re in “Beer Me” heaven at Airbrau. Sip their blonde Jetstream pilsner while tucking into Bavarian comfort food, such as grilled pork knuckle in beer sauce with pretzel dumplings (sounds strange; tastes delicious). 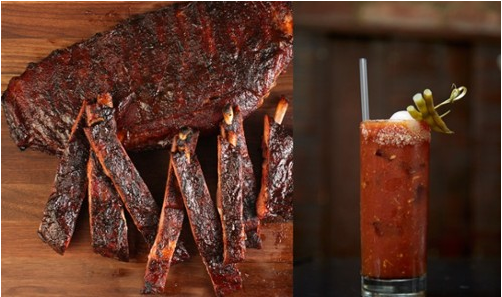 You’ll find Texas-worthy barbecue and the exact bourbon you’d want to wash it down with at Blue Smoke, Danny Meyer’s airport outpost of his Gramercy ‘cue joint. Both the Bloody Mary (Tito’s Vodka, Magic Dust and Rick’s Smokra) and Baby Back Ribs with Sesame Slaw are worth missing your flight over.

Location: Terminal 4, Near Gate B34

10 Best Rooms With a Brew 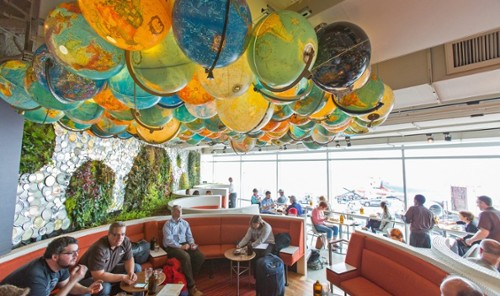 One of Denver’s most famed sustainable restaurants, Root Down, has an airport location—yes, we said “sustainable” and “airport” in the same breath. Gluten-free vegans flock there for the roasted beet, pesto, and hazelnut salads, not to mention the sriracha-glazed tofu bento boxes (there’s plenty of high-carb, high-meat offerings, too, including Colorado lamb sliders with harissa aioli). But we’re lugging our carry-on’s there for one main reason: the 24 Colorado-brewed beers on-tap, including well known ones (Fat Tire) and new discoveries (Great Divide’s ‘Yeti’ Stout). 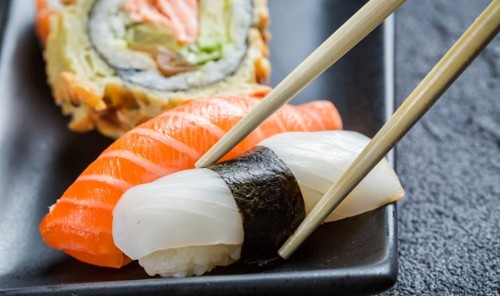 We generally frown upon the sushi/sake combo at airports, but stick with us: Sushi Kyotatsu is beloved by Tokyo’s high-flyers for a reason. For one thing, there’s no set menu; the sushi chefs prepare your meal based on what’s freshest at Tsukiji market, plus an expert blend of organically farmed sushi rice. Wash it down with Asahe beer or multiple sakes and call yourself refreshed. Jet lag, schmet lag.

10 Foods You Should Eat in Japan (That Aren’t Sushi 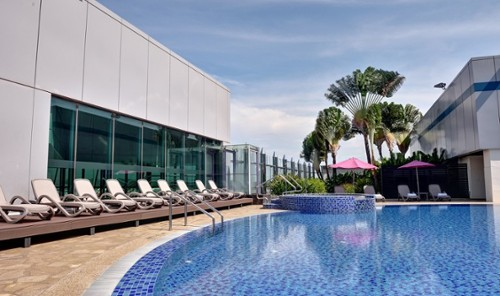 You’ll want to get to the airport even more than three hours early if you’re flying out of Singapore, because there’s an unofficial vacation extender in Changi’s Terminal 1: a turquoise rooftop pool, with pagoda’d daybeds and (wait for it) a full poolside bar—all available (with showers) for about twenty bucks. Every airport should have one of these. Welcome to Portlandia, where you can pick up a 22 ounce growler of beer before your flight. That’s just one of the only-in-Oregon offerings at Rogue Ales at the Portland Airport, where the multitude on-tap beers include Shakespeare Oatmeal Stout, Chocolate Stout, and Dead Guy Ale. Pair it with the Cobb Salad—the chicken is marinated in Rogue Irish lager—and call yourself wheels-up.

Photo courtesy of Port of Portland 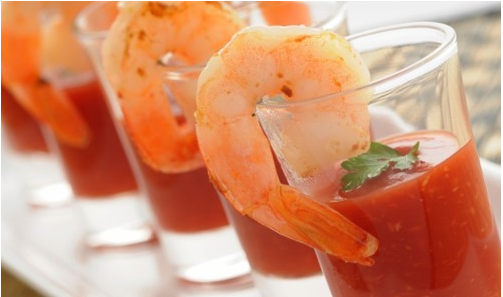 What happens at the Vegas airport stays at the Vegas airport—especially during happy hour. That’s when the libations at The Village Pub & Poker are a mere $2.50 each (including Ellis Island Microbrews and all cocktails). Be sure to start off with their half-price appetizers—a shrimp cocktail or poblano and charred tomato quesadilla—for a better chance of making it to your gate. 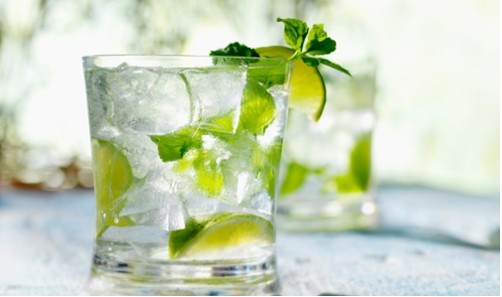 Cuban food (and, ahem, rum) are obviously required orders whenever you’re in Miami… but it’s also a must when you’re in the Miami airport. At Ku-Va, you can kick back one of their legendary mojitos alongside an ultra-authentic Cubano dish like grilled pork loin with rice, beans, and plantain, and boiled yuca in cassava sauce. 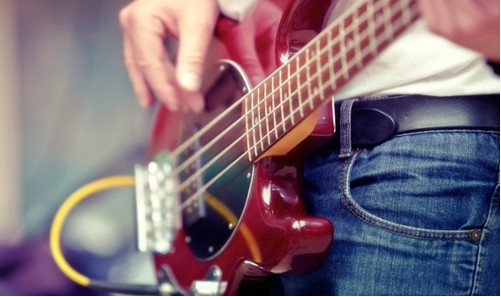 Tootsie’s, one of Music City’s most famous honky tonks, has an outpost at Nashville International Airport, where live music sets it apart from the crowd. Day-drinking is downright encouraged here: the breakfast menu comes with a list of “eye-openers,” or ways to get sloshed alongside your grits and Texas toast.

This article was originally published by Jetsetter under the headline World’s Best Airport Bars. It is reprinted here with permission.