Yesterday, the airline celebrated the addition of its sixth U.S. gateway when the inaugural flight from Istanbul touched down at Boston’s Logan Airport. Turkish will offer five weekly trips to the East Coast hub on Airbus A330 and A340 planes, on Mondays, Wednesdays, Fridays, Saturdays, and Sundays through June 9; after that, frequency will be daily.

This is great news for international travelers on the East Coast. Turkish goes to more countries than any other airline: 249 destinations in 106 nations. The carrier’s Istanbul hub is an ideal connecting point to destinations in Asia and Europe—plus it’s a fantastic stopover destination. During short layovers, flyers can take advantage of the airline’s free city tours and lavish, recently upgraded business-class lounge. Longer stopovers, arranged via the Turkish multi-city booking engine, offer travelers the chance to easily add an exploration of Istanbul to their itineraries.

Introductory fares start at $799 roundtrip. I did a test search, and while I didn’t see any of the low-priced introductory fares for mid-summer travel, I found roundtrip flights from Boston to Istanbul in September for as low as $690 including taxes and fees. Cheap fares are available to other destinations, too: I found September flights from Boston to Rome from $787 roundtrip, and Boston to Paris from $810 roundtrip, both with stopovers in Istanbul. These are unmistakably competitive prices for late-summer Europe travel.

These exciting gains for East Coast travelers were not rolled out without fanfare. I was on the first Turkish flight and got to see the inaugural hoopla first-hand. Speeches and a ribbon-cutting ceremony took place, and traditional Turkish dancers descended upon Boston Logan’s Terminal E. Two water cannons welcomed the aircraft as it landed. It was a lot of fun. Here are some photos: 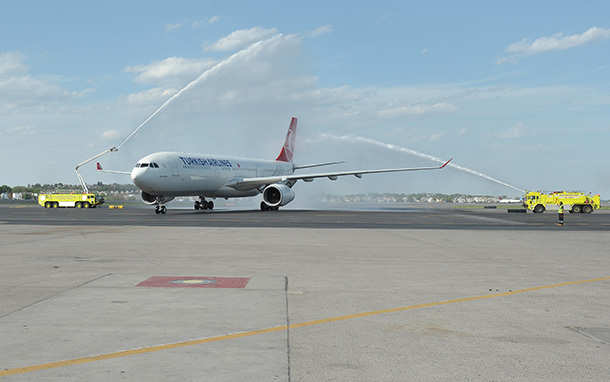 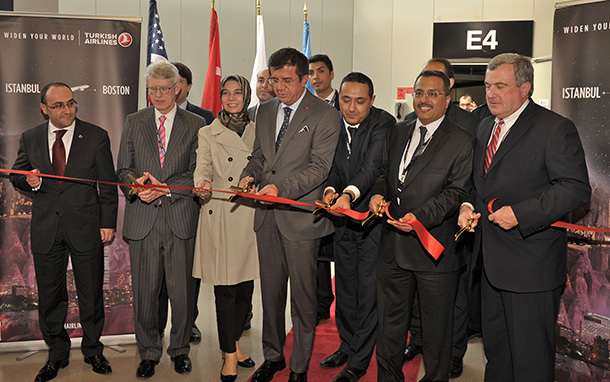 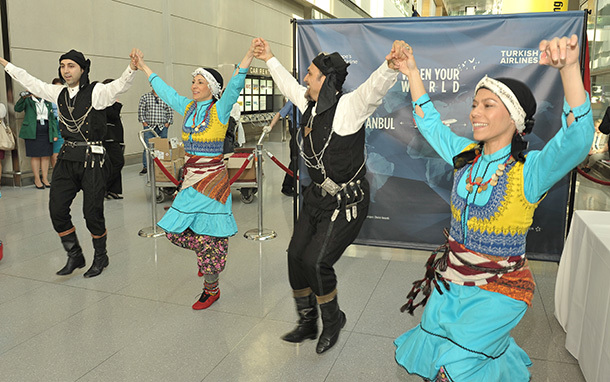