Vacation inspiration can spring up from anywhere—but when it comes to Europe, travel movies might offer the most vivid dose of wanderlust you can get. There are plenty of classics to consider, but some newer travel movies and TV shows make European cities as much of a character in their scenes as the stars.

Here are some inspiring travel movies (and shows) to spark your next trip to Europe.

The Before Sunrise Trilogy

A trilogy that’s about a life of travel as much as it is about love and time, Before Sunrise and its two follow-up movies—Before Sunset and Before Midnight—will take you on intimate walking-and-talking journeys through three distinct European destinations, starting with Vienna’s alluring streets by night.

First join strangers Celine and Jesse on a fateful train stopover in the 90s, then follow up with them on an afternoon in Paris nine years later, and finally check in at a family’s summer home in Greece another decade later to see where the two end up. Celine and Jesse’s tumultuous relationship plays out in real time against one dreamy backdrop after another. The final installment of the trilogy was nominated for an Oscar for best screenplay, and director Richard Linklater (Dazed and Confused, Boyhood) puts the destinations on display with rich scenery that will having you searching for flights to Austria, France, and Greece.

Master of None, Season 2

11 Secret Italian Villages to Visit Before the Crowds Do

A film about Spain’s capital by its most famous and beloved director, Volver is a twisted portrait of Madrid told through the lives of three women (and in a much more realistic way than Woody Allen’s well-known Vicky Cristina Barcelona). The movie has been hailed for painting an accurate image of Spain and explaining its complex culture, from mid-century Francoism to today’s boisterous, modern Spaniards in Madrid. If you’re not already familiar with Pedro Almodovar’s work, you’ll want to be before you head to Spain—and you’ll definitely learn some Spanish in addition to the history.

A love story that isn’t really one at all, Once uses Dublin’s quaint streets and cozy music shops to tell the story of a busker who meets a foreigner with as much talent for music as he has. The two form an unlikely bond to try and achieve their dreams as they struggle to make ends meet, and cloudy Irish scenery sets the mood for the film’s realism and dry humor.

10 Best Things to Do in Dublin, Ireland 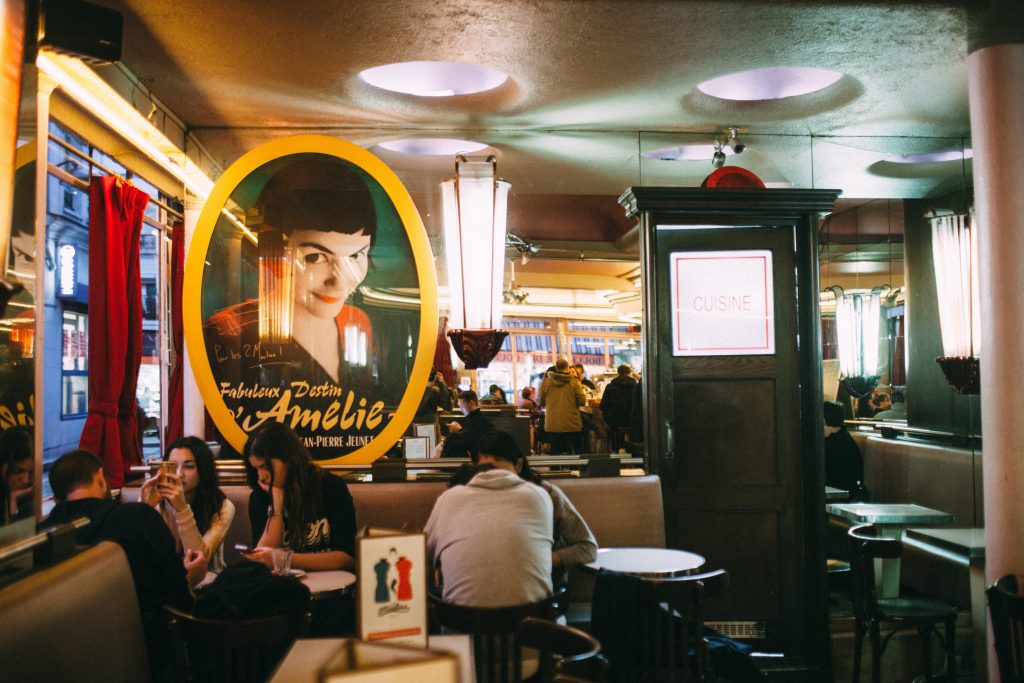 If you’re going to watch a foreign film, it should be French. And if you’re going to watch a French film about Paris, it needs to be Amelie. Shot in dozens of spots across the City of Lights in stunningly colorful detail, the whimsical storyline introduces Paris and its quirky locals through their connections to one curious woman: Amelie. She meddles in the lives of others after she uncovers some peculiar hidden items from one man’s childhood, sewing together a story unlike most Parisian tales. Plus, you might pick up some useful French along the way.

Tired of love stories and action movies? You can get to intimately know Istanbul in its natural state through its street cats, instead. Kedi is a documentary that follows a few distinct felines through this city on the border of Europe and Asia. Istanbul considers its strays an age-old part of the community, with personalities as different as the people they encounter.

Quiz: How Well Do You Know Travel Movies?

Call Me By Your Name

A tender novel turned film, Call Me By Your Name is a coming-of-age story that uses stunning spots in Italy’s Lombardy region to bring you on an emotional roller coaster through a summer of youth. It’ll also make you want to rent a spacious villa for an entire summer spent wining, dining, reading, and relaxing in Italy’s sunny outdoors.

The Secret Life of Walter Mitty

An incarnation of Iceland’s recent tourism boom, The Secret Life of Walter Mitty follows a daydream many of us have probably have: giving up day-to-day responsibilities to escape for a life of adventure in one of the most extreme places on earth. Follow Walter Mitty to Iceland for an extreme dose of adventure travel and Iceland’s stunning natural scenery.

My Winter Week in Iceland

A hefty library of travel resources (readily available on Netflix, no less), Anthony Bourdain’s Parts Unknown episodes vary greatly depending on the destination. But most of the show’s Europe installments will surprise you with their originality, helping you get off the beaten path and find something newer than the tourist-addled spots you see in most Europe travel movies. Spain, Copenhagen, London, Scotland, and the Greek islands are some of my favorite Parts Unknown episodes of all time for getting a new view of some over-traveled locales.

Whether you prefer a modern or classic action film, James Bond movies are the perfect way to gear up for a London trip—and they even work as Europe travel movies thanks to filming locations across France, Italy, and Turkey. From the classic 1960s films to the recent Skyfall and Spectre installments, be on the lookout for famous European and U.K. filming locations, and even scenes in hotels you can stay in across Europe and the U.K.

One last romance story—because travelers do tend to be romantics, after all. Anyone who’s ever met a local on their travels or entertained a foreigner at home will appreciate Copenhagen. The city’s namesake movie was a film-festival darling, and tells a story of two strangers meeting and chaos unraveling amidst vivid local scenery. Filming locations include many of the city’s most popular points of interest, from the Thorvaldsen Museum to Frederik’s Church.

SmarterTravel Editor Shannon McMahon writes about all things travel, and loves a good Europe travel movie on the plane or at home. Follow her on Twitter and Instagram.