Croatia is a lovely place to visit, with charming old cities and towns, gorgeous beaches and coves, distinctive foods, and incredible cultural riches. Part of the former Yugoslavia—but don’t call it that now—this European nation just across the Adriatic Sea from Italy also boasts hundreds of islands, a mostly Mediterranean climate, and modest prices, making it an affordable alternative to nearby stalwarts like Italy and Greece. But is Croatia safe for travelers?

Generally, the answer is a resounding yes. Violent crime in Croatia is rare, and overall crime levels are quite low, making it extremely safe to travel to Croatia. The U.S. State Department has given Croatia its lowest travel advisory level, Level One, indicating that you should “exercise normal precautions” when traveling.

Still, there are a few Croatia travel warnings that you should be aware of before arriving in this Balkan nation. As in most popular tourist destinations, pickpocketing and petty theft are common, so make sure to take the normal precautions, including keeping your wallet and phone in your front pocket and investing in a slash-resistant purse or backpack.

Also, some political tension does remain from the Croatian War of Independence, which, from 1991 to 1995, secured Croatia’s freedom from Yugoslavia. This means that occasional racially or ethnically motivated crimes do occur, according to the U.S. State Department. In addition, the threat of terrorism exists across all of Europe, but the U.S. government considers Zagreb at “minimal risk.”

It’s also good to keep in mind that Croatia sits on an earthquake fault and is subject to occasional minor seismic events. In recent years these have not been severe.

Tips for Staying Safe in Croatia 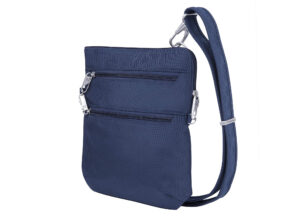 Safety while traveling abroad is a top priority, here are some of our editors’ must haves for keeping yourself safe.

Before we elaborate on the safest parts of Croatia, it’s worth answering a common question: “Where is Croatia?” It’s located on Europe’s Balkan Peninsula and bordered by Slovenia, Hungary, Serbia, Bosnia and Herzegovina, and Montenegro. Its coastline runs along the Adriatic Sea.

When looking at Croatia’s map and deciding where to go, keep in mind that there are some mildly dangerous places. In general, Zagreb has a higher risk of petty crimes that target travelers—especially pickpocketing—than Croatia’s other cities. Steer clear, especially, of the area around the seedy Zagreb Bus Terminal, and avoid Ribnjak Park and King Tomislav Square after dark.

Zagreb’s strip clubs are not safe for travelers. Violent fights are common, as are scams that involve egregiously overcharging tourists for drinks, sometimes by thousands of euros. When a customer complains about the exorbitant bill, bouncers bully him into paying with threats of violence.

Croatia’s nightclubs and bars (the non-strip variety, too) are also notorious for overcharging, so check your bill before paying and stick to reputable venues recommended by mainstream guidebooks. Be careful at all nightlife venues, as drink and food spiking is common. This practice targets male travelers, too, with the intent of robbing them once they’re drowsy. So watch as your drink is being made, never leave your food or beverage unattended, and don’t accept cocktails from strangers.

Be particularly vigilant for pickpockets and other thieves on Croatia’s popular beaches along the Adriatic coast—go experience them, by all means, but know that many of these tourist towns see an uptick in petty crime over the busy summer months. You’ll want to take every precaution necessary to keep your valuables (especially sensitive documents like passports) safe while you’re on the beach.

Avoid demonstrations and political gatherings in Croatia; though most are peaceful, they can occasionally turn violent or otherwise dangerous. If you find yourself in an area where an event like this is taking place, follow instructions from local authorities.

If you’re looking for Croatia’s safest places to visit, Zagreb’s Upper Town (Gornji Grad) and Lower Town (Donji Grad), both known for great restaurants and museums, tend to be very safe for travelers, though tourists should still be on high alert for pickpockets. Medvednica, the mountain overlooking Zagreb, and Medvedgrad, a preserved fortress, are very safe, both by day and by night, and are worthwhile destinations. According to one recent report, the safest place in Croatia is the beautiful, quiet Dalmatian town of Sinj, near Split; it’s followed by the towns of Dakovo, Pozega, Samobor, and Krizevci. Split and Dubrovnik made the top 15.

How to Get Around Safely in Croatia

To answer the question of whether Croatia is dangerous, one must look beyond crime rates and onto the roads. Many governments’ Croatia travel warnings note that road safety can be an issue and recommend that travelers exercise caution when driving in Croatia. Locals don’t always follow safe driving practices, and many of Croatia’s smaller roads (especially in Istria and along the Adriatic Coast) are poorly maintained, lack guardrails, and get slippery when wet, warns the Government of Canada.

Consequently, Croatia has many more annual road deaths per capita than, say, the United Kingdom, according to Gov.uk. If you find yourself in trouble and needing emergency road assistance, call +385 1-1987, a service that’s staffed by English-speaking operators. During the tourist season, English-language traffic information is broadcast at 98.5 FM.

As for taxis, avoid scams by only taking official taxis with working meters, and by familiarizing yourself with Croatian money so that you don’t get cheated with incorrect change. Uber is a good alternative in some Croatian cities.

Most forms of public transportation are fairly safe in Croatia, though you might want to avoid the aforementioned Zagreb bus terminal after dark. If you take the bus or train, guard your valuables, especially at night, making sure that your passport and other valuables are locked and secure.

7 Ways to Protect Your Valuables While Traveling

In general, to decrease your chances of becoming a crime victim in Croatia, don’t display signs of wealth, don’t carry large amounts of cash, never accept anything from strangers, beware of pickpockets at all times, never leave valuables unattended (especially on the beach), and use your in-room hotel safe. The emergency phone number in Croatia is 112, though you can also 192 to reach the police specifically. If you need assistance, you can also reach out to your home country’s embassy.

If you’re a female traveler, know that Croatia is one of the safest places in the world to be a woman; women are generally treated respectfully, and many coastal towns are well lit after dark. Still, female travelers should stick to main streets at night, avoiding some of the old cities’ darker alleyways. U.S. victims of sexual assault (or other crimes) in Croatia should contact the U.S. embassy in Zagreb at +385 1-661-2200.

Croatia’s mountains are beautiful, so many travelers come here to hike. If that’s your plan, make sure to seek expert advice from local guides, even you’re embarking on what seems like an easy trek. The weather in Croatia’s mountains is fickle, even in summer, and temperatures can drop dramatically overnight. Solo hikers have gotten lost in the mountains, so join a group if you can. Call the emergency number, 112, if you need help.

If you’re headed to Croatia’s northern forests, take precautions against ticks (which can transmit encephalitis) and against fires, which are common in Croatia’s forests during the country’s hot, dry summers. Make sure cigarette butts are completely extinguished, don’t light barbecues, and don’t leave behind any trash. In the event of a forest fire, earthquake, flash flood, or other natural disaster, monitor media reports and follow local authorities’ instructions.

Some travel destinations have figurative minefields. Croatia has literal ones, littered with unexploded bombs, leftover from conflicts that ended back in 1995. Sadly, in the era since peace was declared, these dangerous remnants have killed and maimed hundreds of people.

If you find yourself in these dangerous areas—which, fortunately, tend to be far from Croatia’s big tourist draws—stay on paved roads, keep an eye out for the aforementioned warning signs, and avoid open fields, ditches, and the shoulders of roads. If you’re in doubt, you can always ask locals for safety advice. 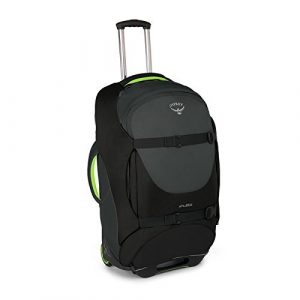 Editor’s note: This story was originally published in 2019. It has been updated to reflect the most current information.