Business-class seats to London are on sale, with fares starting at $1,007 round-trip. Prices are valid for travel in April, May, and June; during these months, nonstop economy flights from New York to London via other airlines cost around $900 to $1,200 round-trip, depending on carrier and travel dates. So you’re paying coach rates for a product that promises lie-flat seats in two-by-two rows, lounge access, and use of preloaded Samsung Galaxy Pro tablets during flight.

La Compagnie, the all-business-class airline that says it wants to “democratize” upper-class flying, is once again advertising shockingly cut-rate fares in an effort to promote new service. I’ve covered this airline and its crazy, yet short-lived deals a lot: first in June, when the carrier kicked off service with fares to Paris for $1,600 round-trip, and in January, when $1,400 round-trip tickets across the pond were on offer.

Whenever La Compagnie comes out with its juiciest offers, seats for the lowest advertised fares never last long. By now, there probably aren’t many seats available at the base promotional rate for travel between Newark and Paris. As of this afternoon, Thursday, February 19, those very cheap seats are not yet sold out, but they’re only available for select dates. I spotted a few tickets from Newark to London for $560 in June. Return tickets are more expensive, with fares starting at $1,029. It’s not quite $1,007 round-trip, but it’s still a steal. 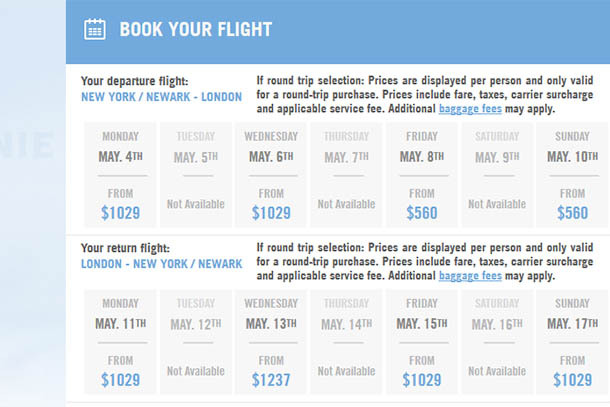 La Compagnie begins service between Newark Liberty and London’s Luton Airport at the end of March, via an all-business-class Boeing 757-200. All flights going to London are red-eyes, departing at 10:20 p.m. But with lie-flat seats, who cares?