“Fun” and “San Diego” are practically synonymous, which is the reason most of its laid-back, life-loving population chooses to live here. There are endless things to do in San Diego, but the following 10 activities are ones you won’t want to miss.

Fun Things to Do in San Diego

For a memorable and varied trip, add the following San Diego activities to your must-do list.

If you don’t have beer tasting on your list of things to do in San Diego, add it. The beer-making scene has exploded to the point that San Diego is now to American craft beer what Napa and Sonoma are to American wine. With more than 100 breweries within city limits, you could even theme your vacation around suds and hops. Make it a point to visit Karl Strauss, Ballast Point, Lost Abbey, and especially Stone Brewing Co.’s whimsical World Bistro & Gardens in Escondido.

San Diego’s breweries converge around Highway 78 (“Hops Highway”), along which small, independent microbreweries operate tasting rooms. On 30th Street (“Beer Boulevard”), pubs serve dozens of local beers, while the Mira Mesa district is home to excellent brewers like Rough Draft and Green Flash. To best experience the city’s thriving craft beer scene, book a tasting tour with Brew Hop, which gets you from taproom to taproom in safety and style.

If you’re a dedicated scuba diver, you probably already know about San Diego’s Wreck Alley, an underwater treasure trove of sunken ships to explore. Lying 105 feet under sea level is the 366-foot-long HMCS Yukon, a Canadian destroyer that transformed into an artificial reef after it sank. Divers brave these depths to get a close-up look at the ship’s old deck and gun turrets, and to swim through its light-filled hallways.

The protected La Jolla Cove is another world-class dive site—its kelp forest teems with garibaldi, leopard sharks, bat rays, and shellfish. If you’re interested in what’s underwater but would rather stay up top, La Jolla Cove is also a great place to snorkel alongside the seals. 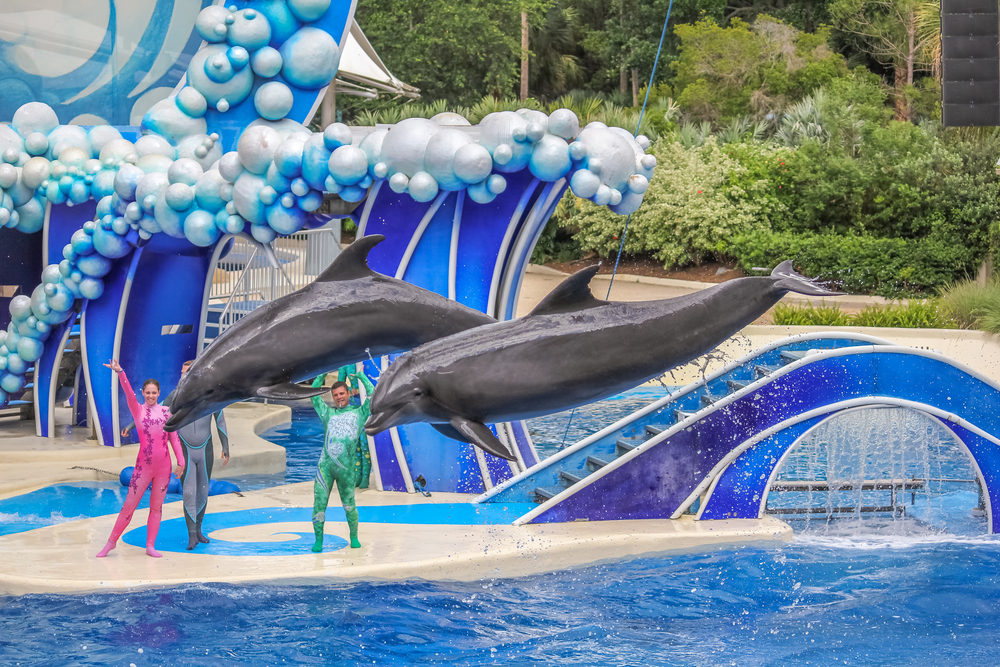 When you’re thinking through things to do in San Diego, don’t forget that from mid-December through April, some 20,000 gray whales travel through these waters during their annual migration from Alaska to Mexico and back. If you’re here between mid-June and September, you’ll see blue whales instead—a group of at least 2,000 of these 100-foot-long behemoths frequent San Diego’s coast during the summer months.

Viewing from shore can be fantastic, but for a truly exhilarating experience, board one of the small boats operated by Hornblower or Flagship for a harbor excursion during which an experienced captain steers you out toward these endangered giants. At SeaWorld, you can see captive orcas and belugas up close, and at the Birch Aquarium at Scripps, you can take a whale-watching tour with a marine biologist, then hang out at the aquarium to get to know other types of marine life.

When planning out your San Diego activities, don’t forget to leave time in your itinerary for exploring the city’s stunning landscape on foot. Much of San Diego is quite spectacular, and its outdoor jewels are best experienced at a walking pace.

San Diego’s best place to hike is gorgeous Torrey Pines State Natural Reserve, where windswept bluffs meet the bluest of skies and seas. If you’re heading out around dusk, point your compass toward scenic Sunset Cliffs National Park, strap on your hiking boots, and get ready to enjoy a magnificent way to bid the sun adieu.

San Diego is, of course, a surfer’s paradise. There are dozens of stellar beaches where you can ride the Pacific waves, whether you’re a lifelong pro or just a beginner. Bring your own surfboard and saunter into the saltwater at your leisure. If you would rather borrow a board and need a few pointers, book with Surf Diva at La Jolla Shores—you’ll be up and gliding in no time. 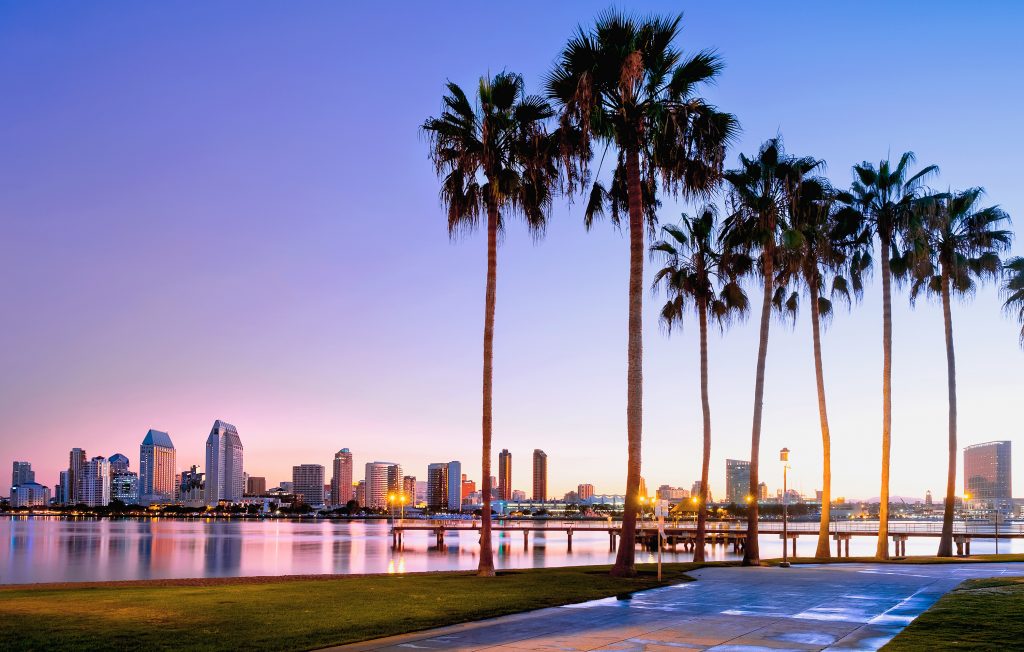 San Diegans love to stay fit and active, and bicycles are one of their favorite ways to get around. Join the tanned, toned crowd at Mission Bay Park or on the boardwalk along Mission Beach.

Take a Side Trip to Mexico 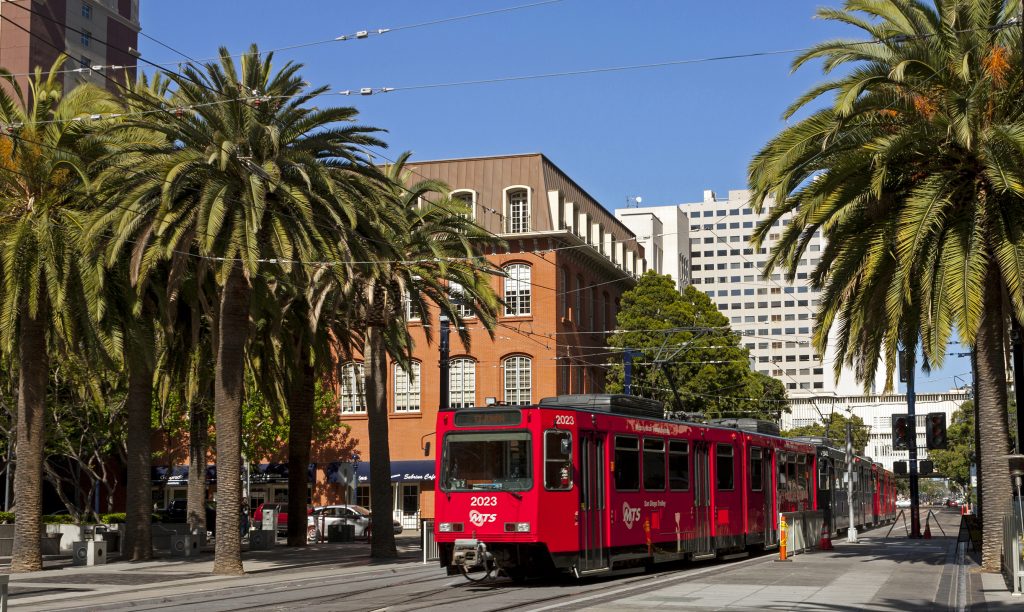 If you’ve traveled a long way to visit San Diego, you may as well travel a bit farther to be able to say you’ve visited Mexico too. The San Diego Trolley’s Blue Line stretches the 20 miles down to the border for a memorable Tijuana day trip. Consider stopping at Barrio Logan along the way—it’s a vibrant and artistic Mexican-American neighborhood whose Chicano Park murals are one of the newest National Historic Landmarks.

What to do in San Diego? Immerse yourself in culture at beautiful Balboa Park, where more than a dozen engaging cultural institutions include the San Diego Museum of Art, the San Diego History Center, the Museum of Man, and a beautiful Botanical Building. There are frequent multicultural festivals and performances at America’s largest urban cultural park, as well as the May S. Marcy Sculpture Court & Garden, an outdoor space featuring sculptures by important artists.

You might not have an actual time machine, but you do have Old Town San Diego State Historic Park, a charming district that transports you back to when San Diego was just being established. This is the site where Spaniards first settled on the U.S. West Coast, and most of what was here in the mid-1800s remains well-preserved: historic buildings and ranch homes depicting colonial life, old-timey shops selling souvenirs and candy, the Whaley House Museum, and 19th-century homes and businesses, including the still-running Cosmopolitan Hotel.

Of all the fun things to do in San Diego, perhaps nothing is more fun than taking flight with nothing but air surrounding your body for hundreds of feet below. You can do just that at Torrey Pines Gliderport, America’s most popular coastal soaring site. Go tandem paragliding along with an instructor, who’ll pilot your contraption to ensure that your launch off these dramatic cliffs is safe and exhilarating.