In a world where we ride in strangers’ cars and rent their apartments, HomeExchange.com is different in that there is a mutually beneficial relationship rather than a commensal (or in some cases parasitic) one. Founded in 1992, the company has reached 55,000 plus members with homes in over 150 countries. The website allows its members (for $9.99 per month) to exchange homes with others for a more authentic travel experience.

HomeExchange.com analyzed its 54,000 members and found the top “exchange-friendly” countries in the world, based on the total number of HomeExchange.com listings available per country in comparison to the country’s total population. 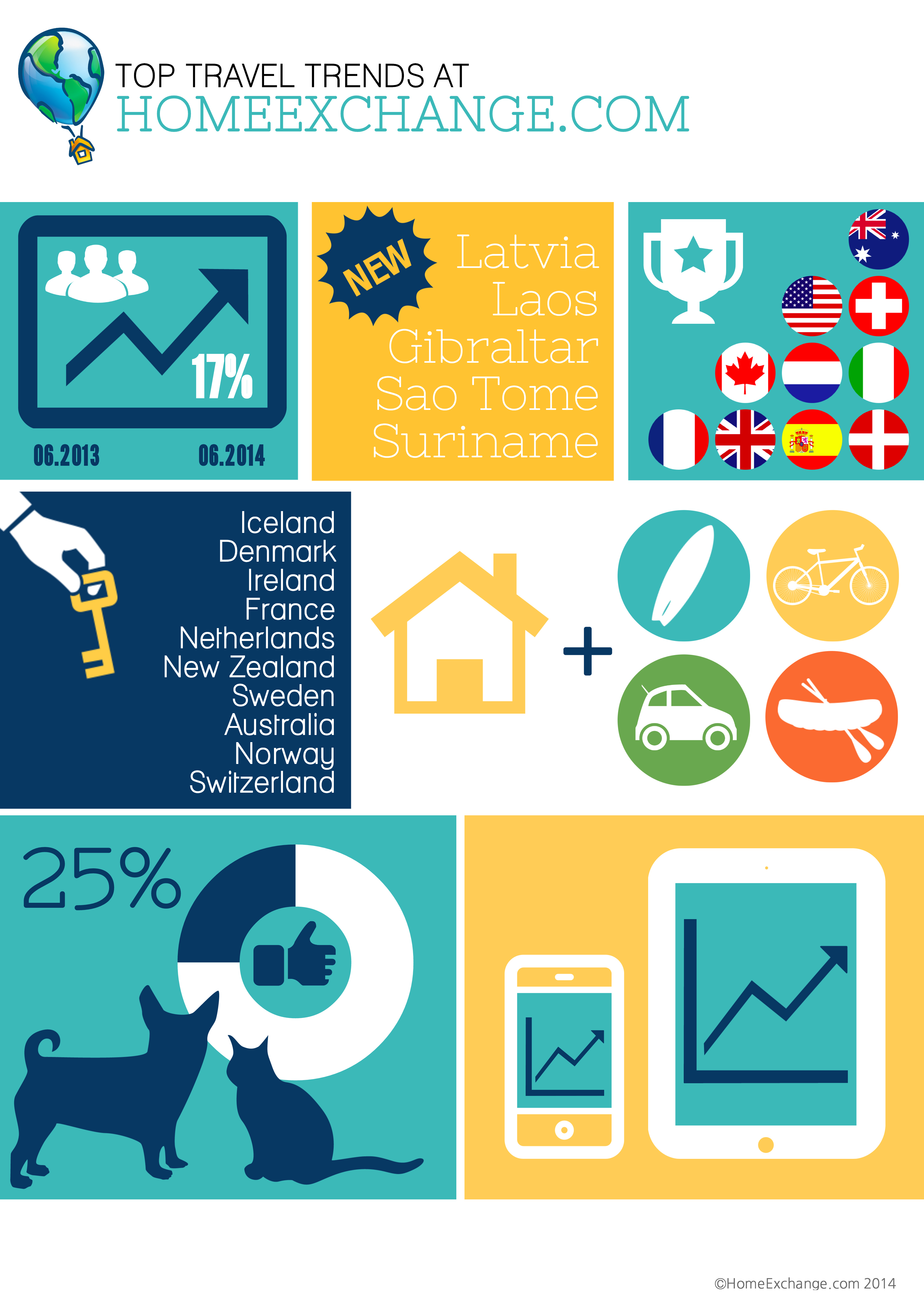 Iceland, Denmark, Ireland, and France rounded out the top four, with the Netherlands, New Zealand, Sweden, Australia, Norway and Switzerland making the top ten list. And, it’s no surprise the U.S. isn’t up there in terms of those most willing to participate, but the report does list it as a top country in membership growth.

On the other hand, Skift’s State on Travel Report 2014 named China, Indonesia, Thailand, Hong Kong, and the Philippines as top countries open to a sharing experience based on willingness. It is important to note this report analyzed sharing services like Airbnb, as opposed to exchange services (like HomeExchange.com). The most noticeable differences are the geographic ones; Asian countries seem to be more “share-friendly” while Western European countries seem to be more “exchange-friendly.”

You Tell Us: Have you ever had a shared or exchange travel experience? Where?