According to foodies and beer connoisseurs alike, Portland (and the rest of Oregon) is taking over the culinary scene in the States. OpenTable and Thrillist recently released lists of the “Top 100 Fit for Foodies Restaurants in America” and “Every State in the USA, Ranked by Beer,” listing Oregon as the top state for beer and the state with the most restaurants.

Oregon has been on our radar recently, too. Its current “Seven Wonders of Oregon” campaign is winning tourism industry awards and causing serious Instagram-envy.

While Portland has gained the reputation of being excruciatingly ‘hipster’, the state has so much more to offer than mustaches and plaid. In the past five years, the state’s tourism industry has reported consecutive revenue increase. So, if you’re looking to book your next weekend trip or domestic destination, Oregon should be on the top of your list. Here are five of the must-see/eat/drink/do activities we’ve found throughout the Beaver State. 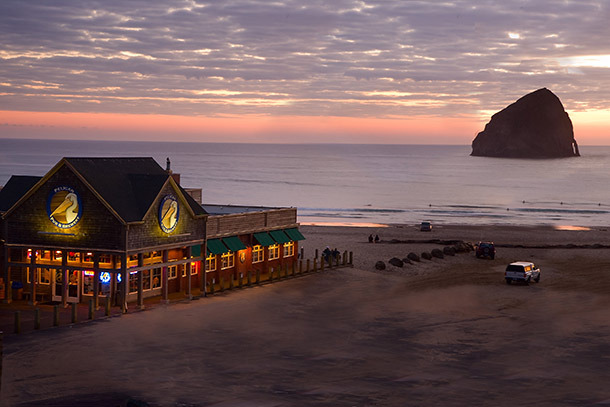 I mean look at that view. The almost 20-year-old brewery is about to launch a second location on Cannon Beach in spring 2016 by Oregon’s other Haystack Rock. While we anticipate its second opening, the Pacific City location offers an incredible blend of “beer cuisine”—from the Kiwanda Cream Ale batter on their famous Tower of Rings to the brownie sundae made with Tsunami Stout.

With seven core beers and an array of seasonals, specialty, draft-only, and Belgian series beers, beers are not in short supply at this beachside brewery and restaurant. Six of their year-round beers have won international and domestic awards, as have some of their food dishes.

Don’t Miss: One of the three annual Brewer’s Dinners. It’s a five-course meal complimented by beer and commentary by the Brewmaster, Darron Welch.

This isn’t your typical rafting experience. The guides at Winding Waters have come up with a variety of rafting trips showcasing local food, music, and even bourbon specialty tours. Each trip varies in number of days, which river you raft on, and by season. Whether you pick a one-day rafting adventure or the four-day Music for Wild Places in Hells Canyon, you’ll be sure to appreciate the blend of nature and culture.

Don’t Miss: The Plate & Pitchfork Raft Trip, which takes you on a culinary adventure with locally prepared meals each day. Chef Benjamin Bettinger from Laurelhurst Market travels with the tour, cooking along the banks of the Snake River.

Ranked in the top 100 U.S. Restaurants for Foodies by OpenTable, Roman-inspired Ava Gene’s prides itself on using local foods, which they refer to as “producers”—even dedicating an entire section of its menu each week to highlighting a food source. From an award-winning wine selection to a feature in The New York Times, Ava Gene’s is a must stop for foodies and Italian lovers alike.

Don’t Miss: The chef’s counter. If there’s available space, get up close and personal with Ava’s chefs and take advantage of the producer’s fresh ingredients. Order the burrata and gnocco fritto. 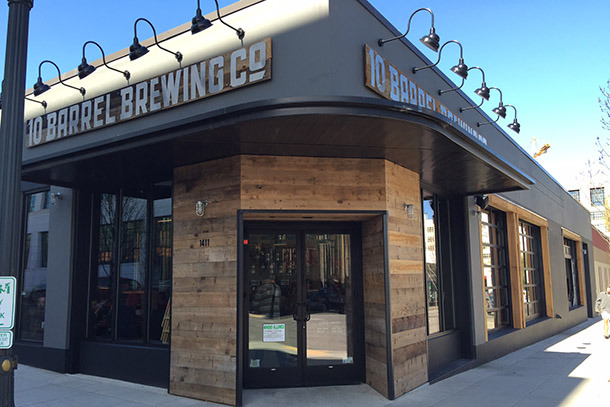 Started by Garrett Wales and brothers Jeremy and Chris Cox in 2006, the 10 Barrel Brewing Company has now expanded to three pub locations in addition to the brewery. Visit their Bend or Portland restaurants for an exceptional pub-cuisine experience, or check out the brewery in Bend. They’re taking over distribution throughout the Pacific Northwest and recently opened a third pub location in Boise, Idaho. In addition to their award-winning core beers like Apocalypse IPA, the team produces seasonals and specialty beers through their “Small Tank Project.”

Don’t Miss: Free brewery tours at their Bend brewery every Friday at 3:00 pm.

A foodie city can be overwhelming to travelers. And if you’re a foodie, you don’t want to miss out on hidden gems. Luckily, Forktown Food Tours will show you all Portland has to offer with their culinary tours. Chose from five specialty experiences, each taking you on three-hour, 1.5-mile journey through different areas of the city. Focused on delivering small and customizable experiences, the group strives to meet all dietary restrictions and caters towards any special requests.

(Photos from top: Scene of bridge in Oregon via Shutterstock, Pelican Brewing, 10 Barrel)