To make lifelong memories with your little ones, take them to San Francisco. When you come to San Francisco with kids, you find that the city is packed with attractions, rides, and performances that entertain, educate and exhaust little ones—your children will be talking about their trip to Northern California for years to come.

Here are nine of the ways to explore San Francisco with kids.

The quintessential experience when doing San Francisco with kids is boarding an open-air cable car and going ding-dinging past curvy Lombard Street, over Nob Hill, and down Powell Street to Fisherman’s Wharf and the ocean itself. There’s no amusement park ride more fun, and perhaps no tourist experience so memorable. Conductors know this well, so they go out of their way to make things special for their youngest passengers.

Be prepared for a long line to get on, although buskers entertain while you wait. If it’s too long, you can board a streetcar instead, which is almost as fun. For children who get interested in the trolleys’ rich history or their pulley mechanics, the Cable Car Museum is free and centrally located.

The Exploratorium is one of the most spectacular activities in San Francisco, especially if you’re a kid. The nuclear physicist Frank Oppenheimer founded it back in 1969 near the Palace of Fine Arts; in 2013, it moved to a waterfront venue on the Embarcadero’s Pier 15, gaining three times the square feet and many more exhibits.

Today, 600-plus displays created by scientists and artists encourage children to get lost in—and excited about—physics, biology, psychology, and the other sciences. In a dark maze called the Tactile Dome, you make your way through by moving your hands over textured passages. There’s a great gift shop, too, as well as the light-filled Seaglass Restaurant. 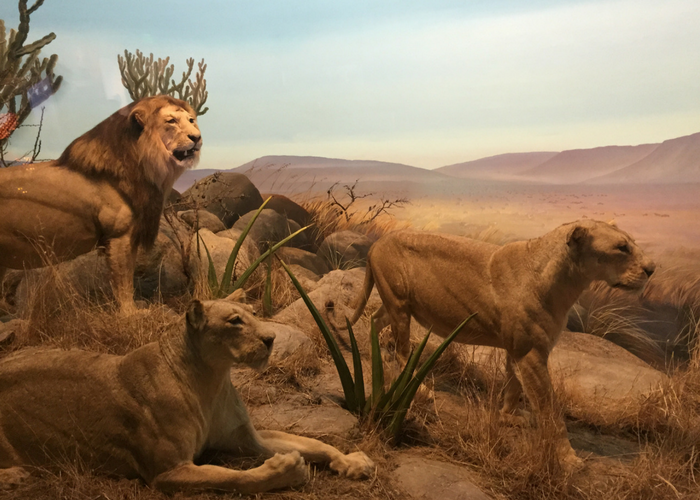 You can’t have a conversation about kid-friendly San Francisco without mentioning the California Academy of Sciences. Much more than a museum, the centerpiece of this inspiring Golden Gate Park institution is a four-story biodome that replicates the humid rainforest ecosystems of Borneo, Madagascar, and Costa Rica, featuring real-life snakes, chameleons, butterflies, dart frogs, and hundreds of birds.

Downstairs, an aquarium houses more than 38,000 living things spanning 900 species—kids can pet the starfish and urchins, and watch the African penguins get fed. In the planetarium, a Neil deGrasse Tyson-narrated show explains the universe’s mysteries. In the Shake House, children can safely experience an earthquake, and on the living roof, carpeted in grass and wildflowers, they get a great view over Golden Gate Park. If you can, catch one of the activity-packed “Penguins+Pajamas” events ($109 per person), during which chaperoned kids ages 5 to 17 spend the night in the aquarium. 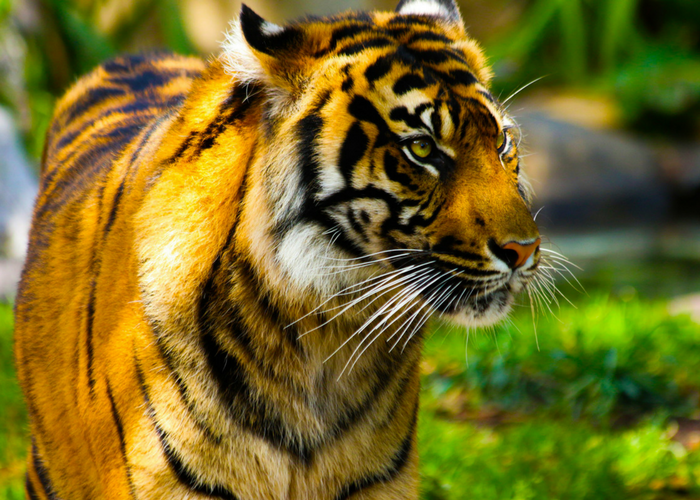 Established in 1929 on San Francisco’s western edge, near Ocean Beach, this zoo also offers a full daily calendar of events, such as a grizzly bear feeding, a chimpanzee talk, and an “insects in action” demonstration. 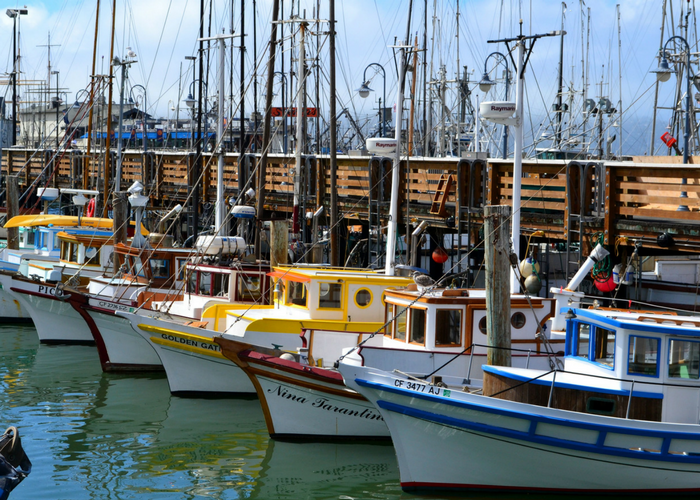 At the Embarcadero’s northern end is the focal point of kid-friendly San Francisco: Pier 39 and its surrounding neighborhood, Fisherman’s Wharf. Families descend on Pier 39’s admission-free amusement park over the water for its two-story carousel, engaging shows (acrobats, magicians, and jugglers), the Aquarium of the Bay, mirror mazes, and dozens of creative souvenir shops and family-friendly restaurants. Pier 39’s main attraction, though, is the colony of dozens of California sea lions that have taken up a multi-decade residence on the pier’s west side docks.

After cracking up at the pinnipeds’ antics, head out into Fisherman’s Wharf to experience Musée Mécanique, where you plunk coins into old-timey arcade games, order chowder in a bread bowl at Boudin’s sourdough factory, then go for dessert at Ghirardelli Square, where the sundaes are a must-do. Other quirky attractions on the wharf include Ripley’s Believe it or Not! Odditorium, Madame Tussaud’s Wax Museum, and Rainforest Cafe, which has animatronic jungle animals, faux thunderstorms, and a robust kids’ menu.

One of the lesser known activities in San Francisco—but a great one for kids—is Yerba Buena Gardens, occupying five acres atop Moscone, San Francisco’s busiest convention center. Up on this roof, there’s a merry-go-round, a lovely playground and learning garden, a bowling alley, an ice-skating rink, and the Children’s Creativity Museum, which offers stimulating hands-on exhibits and theatrical performances for the very young. A quick walk down is the stately and beautiful Martin Luther King Jr. Memorial, providing a meaningful opportunity to teach children about social justice. 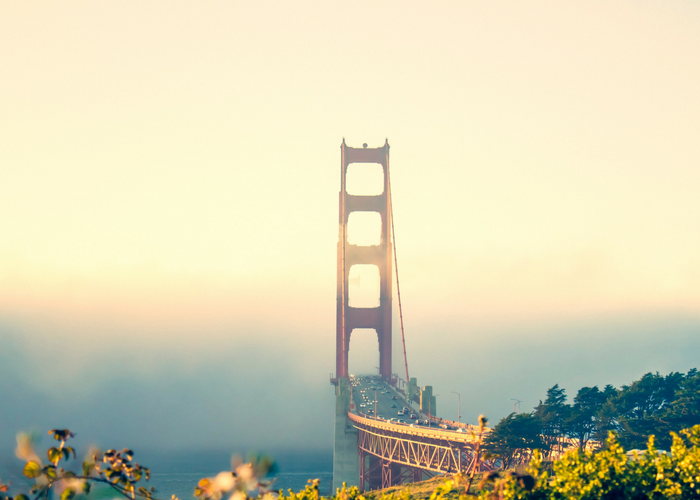 Once an active Army base, the Presidio is now a national park that provides a hub of family-friendly activities in San Francisco. The Disney Family Museum tells the story of Walt’s life in vivid color by way of exhibits and videos; the grand finale is a detailed scale model of Disneyland. The House of Air is a hangar stretched with trampolines—at any given time, dozens of kids are here jumping their wiggles out. On Crissy Field’s beach, with its head-on view of the Golden Gate Bridge, kids frolic in the tide.

Other fun things to do here include hiking amid groves of eucalyptus, taking a ranger-led nature walk, attending a stargazing party, climbing the jungle gym at the Julius Kahn Playground, camping at the Rob Hill campground, crafting at the officers’ club, or enjoying the dance theater and bowling alley.

The home of the San Francisco Giants, AT&T Park, is indisputably one of America’s best ballparks. Here, home runs splash into McCovey Cove, the smell of garlic fries wafts through the salty air, and local fans are still fired up from seeing their team win the World Series three times over the past decade.

One of the most kid-friendly San Francisco spots is the ballpark’s admission-free Fan Lot, which is open even when it’s not baseball season—children hit Wiffle balls, run the bases in a miniature ballpark, and experience the four curvy slides (two are more than 50 feet tall) that make up the Coca-Cola Superslide. The ballpark also offers 1.5-hour tours at least twice most days. When it’s not baseball time, big-name performers like Beyonce, Lady Gaga, and Cirque du Soleil perform at AT&T Park, so keep an eye out for what’s coming while you’ll be in town. 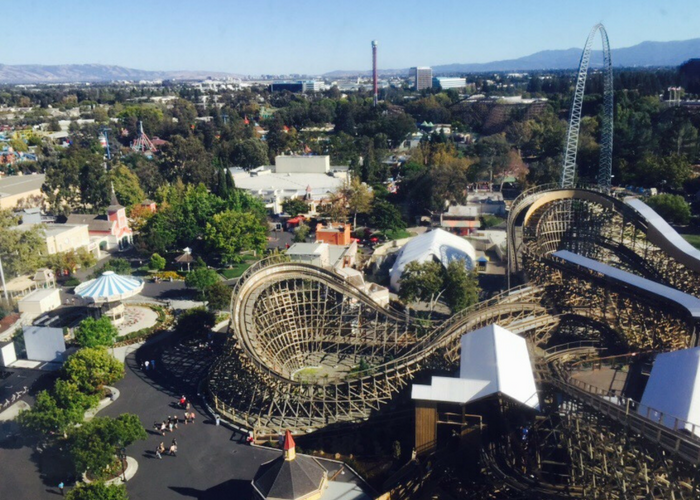 The Great America theme park isn’t in San Francisco proper—it’s about an hour’s drive south in Santa Clara, adjacent to Levi’s Stadium, where the 49ers play. Still, any list of kid-friendly San Francisco activities would be remiss not to include the Bay Area’s best amusement park.

Just after the entrance is a magnificent two-story carousel presiding over a dramatic pond of many fountains. Beyond that are intense thrill rides for the big kids and a huge section filled with kiddie rides for the little ones. Stage shows star Snoopy and his Peanuts pals and encourage audience participation.

On hot California days, the Boomerang Bay water park is open to play in. If you’re visiting during the chillier holiday season, however, don’t miss Great America’s Winterfest, a Christmas-themed evening spectacular during which the entire park lights up after dark with music, good cheer, and impressive ice skating performances.