Spain and Italy are working hard this year to accommodate hordes of travelers hungry to experience their delightful cultures.

The big news in Florence is the food scene. The steel-and-glass Central Market has undergone an exciting resurgence. The top floor is now an inviting, upscale food court, and several of the restaurants stay open late. On the ground floor of the market, vendors still sell meat, fish, and produce. The open-air San Lorenzo Market, whose stalls used to surround the Church of San Lorenzo, still sprawls down the streets ringing Central Market.

Florence now has an EATaly, part of a growing chain of foodie mini-malls that are popping up in big Italian cities. The slick, modern mall has a gelato counter, pastry shop, gourmet grocery store (with kitchen gadgets), and a cluster of food counters serving pastas and pizzas, main dishes, and daily specials.

On the art scene, Florence’s Duomo Museum, with works by Michelangelo and Donatello, is closed for renovation until November 2015.

In Siena, the Santa Maria della Scala museum is open after an extensive renovation, displaying some of the most ancient Byzantine reliquaries in existence—many made of gold, silver, and precious stones. And a new section covers Siena’s history.

In Padua, you can now get 40 minutes inside the Scrovegni Chapel to view Giotto’s marvelous frescoes (instead of the usual 20 minutes) if you pay €4 extra and visit during evening hours.

If you want to see Bolzano’s Ötzi the Iceman—the hiker found entombed in a glacier after 5,000 years—without getting buried in lines, buy your ticket online at least one day in advance, print it, and bring it with you to the archaeological museum.

If you’re Romeward-bound, book your hotel room and Vatican Museum tickets early. Pope Francis is a big draw—and, as anywhere, with crowds come pickpockets. Beware of any commotion—even caused by children and pregnant women—in the Metro and anywhere crowds form, and be sure to wear a money belt.

In ancient Rome, the southern part of the boulevard Via dei Fori Imperiali, near the Colosseum, has reopened to traffic. (For a while in 2014, the road was a pedestrian zone on weekends and only open to buses, taxis, and bikes during weekdays.)

Throughout Spain’s Catalunya region and particularly in Barcelona, restaurant menus have traditionally been in Spanish and Catalan, but these days—with the feisty spirit of Catalan independence stoked—you’ll often find menus in Catalan and English without any Castilian Spanish.

Barcelona’s big news for art lovers is the opening of Casa Lleó Morera, which has one of the best-preserved Modernista interiors (from 1906), containing finely crafted mosaics, ceramic work, wooden ceilings and doors, stone sculptures, and stained glass. Reservations are required and access is by tour only.

Also for Barcelona, the easiest way to get advance tickets for architect Antoni Gaudí’s soaring Sagrada Família is on the church’s own website. At Gaudí’s popular Park Güell, you now need a timed-entry ticket to enter the Monumental Zone to see the architect’s iconic work: the colorful dragon, grand staircase, and wavy-benched view terrace. While the rest of the park is free and wide open, reserve your €7 ticket online as far in advance as you can for the Monumental Zone.

San Sebastián is spiffing itself up to be a European Capital of Culture in 2016. Its excellent Museum of San Telmo now has more exhibits on Basque culture than ever.

In Madrid’s Royal Palace, the kitchen, where the gala dinners were once prepared, will open to the public, though the royal pharmacy has closed. The National Archaeological Museum has reopened after a major renovation—it’s like a small British Museum and well worth visiting.

Toledo’s plan to make the old town center essentially traffic-free is taking shape with construction of a new parking lot and an escalator that should ease the walk from the train station into town.

Gibraltar’s monkeys, which congregate at the Apes’ Den on the Rock, have gotten more aggressive, spoiled by being fed for photo ops. Taxi drivers have been warned to stop feeding them.

In Córdoba, the brand-new high-tech Museo Taurino Córdoba pays tribute to the city’s bullfighting tradition with displays on bull-raising, bullfighters, and the aesthetics of the fight (though similar museums in Ronda and Sevilla are better). 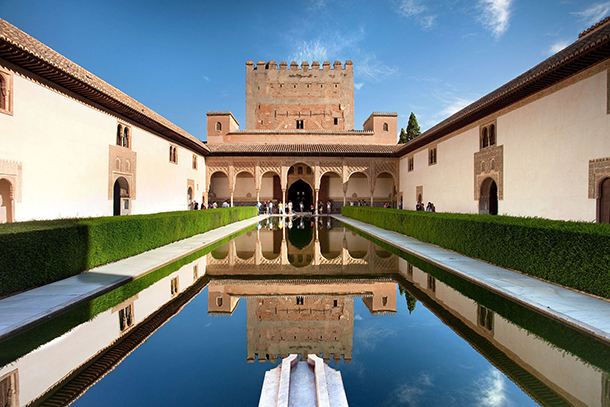 In Granada, if you want to see the famous Moorish palace at the Alhambra on short notice, the easiest solution is to buy the pricey Bono Turístico city pass, which even at the last minute (sometimes even the same day) lets you choose virtually any entry time to the complex.

Throughout your travels to Spain and Italy, while you enjoy the classic, enduring sights, appreciate how they also change with the times to accommodate all the people who come to enjoy Europe’s southern realm. Enjoy both the old and the new!