Many refer to the cluster of islands off the coast of Venezuela—Aruba, Bonaire, and Curacao—as the “ABC Islands.” But often Aruba and Bonaire overshadow the “C,” Curacao. No one’s sure how this curious island got its name, but one theory is that it comes from the Portuguese word meaning “heart,” as the island was the center of trade in the 17th century. While the name has stuck, Portuguese is just one of the languages you’ll hear on Curacao island—Papiamento, Dutch, English, and Spanish are the others.

As soon as my plane started to descent over its dry, flat land, I could tell Curacao wasn’t a typical Caribbean island. And that’s just one of nine reasons to visit this vibrant island. Bon bini to this hidden gem.

#1: It’s Not Your Typical Caribbean Island

Although Curacao’s history has many different European influences, the island has been part of the Kingdom of the Netherlands since it was colonized by the Dutch. You’ll notice it before you even leave the airport: Blue and white porcelain dishes and delicious Dutch snacks are sold throughout the island as souvenirs, and the capital, Willemstad showcases recognizable Dutch architecture of gambrel roofs and curved eaves.

Curacao has a population of 160,000 and modern infrastructure, including the tallest bridge in the Caribbean. Ship repair, not tourism, is the largest industry on the island. Besides Dutch, many locals speak Papiamentu, Spanish, English, and Portuguese.

Many island natives take advantage of their European passport and travel throughout Europe and attend university in Holland if they can. You’ll also see plenty of Dutch people either working, living, or vacationing on the island.

Like other Caribbean Islands, Curacao does have a mega pier for cruise ships, but you won’t feel like you’re in Disneyland everywhere you go. The pier is adjacent to historic Rif Fort, which gives cruisers an easy option to experience Curacao’s history.

Which Caribbean Island Is Right For You?

#2: The Island Is One Big Party

Any night of the week and any time of year, you can find some sort of nightlife vibe in Curacao. Nightlife is one of the best things to do in Curacao, with annual festivals like Carnival and King’s Day among the largest and most fun.

Music festivals come to the island frequently, and many of the beaches turn into popular bars and clubs at night with DJ sets and live music. There are plenty of lounges and low-key bars too, especially in the trendy Pietermaai area.

#3: It’s Been a ‘Trendy Foodie City’ for Decades

Food trucks or truk di pan, meaning bread trucks, have been around the island for over 30 years. Serving meat and fries smothered in peanut sauce, food trucks attract many locals after they’ve enjoyed night out on the town. You’ll find typical Caribbean cuisine here with many tapas style restaurants serving seafood. My favorite local dish to try was arepa di pampuna or pumpkin pancakes. Pumpkins are grown year-round on the island and arepas are typically eaten as a snack.

#4: Any Type of Traveler Will Love It

Cruisers, families of all ages, divers, adventure travelers, couples, and groups of friends can all find things to do in Curacao, and accommodations offerings range from five-star resorts to hostels.

There’s something for everyone with activities from fine dining to shopping to street parties to beach clubs. Plus, with over 40 beaches on the island, you’ll have no problem finding your own personal paradise.

With plenty of shipwrecks in the ocean, diving and snorkeling are some of the most popular things to do in Curacao. Whether you’re a novice diver or have an open water certificate, you’ll find a dive site perfect for your level. The Tugboat shipwreck and dive site is just five meters below sea level and is doable as a diver or snorkeler; you can also do a wall dive here, and explore an underwater cliff face. Other top dive sites include Car Pile, Superior Producer, Hell’s Corner, Mushroom Forest, and Blue Room. Locals favor Director’s Bay and Watamula.

#6: You Don’t Have to Worry About Hurricane Season

On a clear day if you hike Mt. Christoffel you can see the Venezuelan coastline, so you know you’re close to South America and generally out of the path of any Caribbean hurricanes. The last major hurricane to hit was over 60 years ago, and with the wet season being only two to three months long, rain is a rarity. 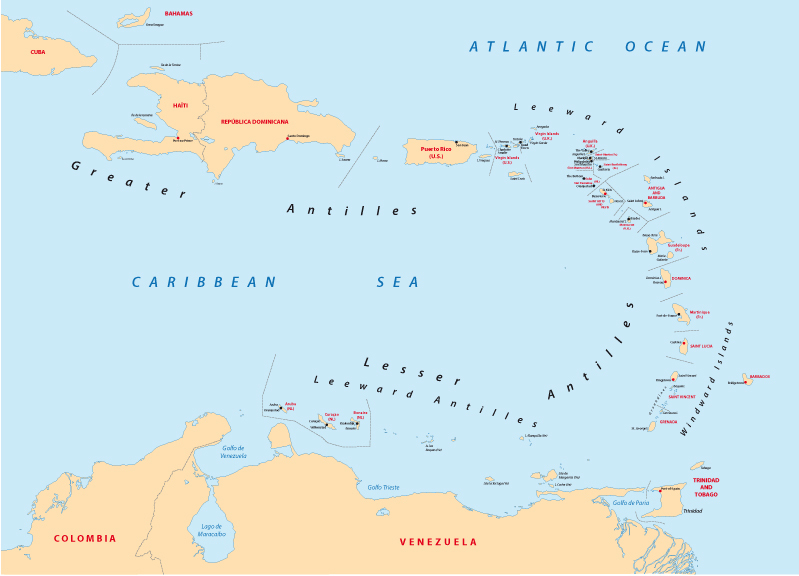 Despite its location at the southern end of the Caribbean, Curacao isn’t hard to get to … even if you’re coming from Europe. Direct flights run daily and weekly from North American hubs like Miami, Charlotte, New York City, and Toronto, which makes the island accessible to most of the country. And of course, there are daily flights to and from Amsterdam.

Depending on the time of year you want to travel, round-trip flights are relatively inexpensive in shoulder season, which is considered spring and fall. Dollars are widely accepted, but you can also take advantage of the favorable exchange rate of the Netherlands guilder: currently 0.56 USD to one (see XE.com for up to date conversion rates). Hotel nightly rates average under $250 for a four-star hotel in the high season ($150 per night in the low season), and vacation rentals are easy to come by, especially on the beach. Taxis are relatively expensive, and renting a car averages between $30 to $50 per day.

The Top 25 Ways to Save on Caribbean Travel

#9: It Really Is That Colorful

The water in Curacao and the liqueur of the same name are both famously blue things to enjoy in Curacao, and it’s easy to do both at the same time. While locals favor the beaches like Porto Marie, Knip Beach, and Director’s Bay, tourists typically head to Mambo Beach and Jan Thiel Beach.

Immediately, you’ll notice the colorful houses, but it’s not just for show. Legend has it that in the 1800s the governor of Curacao was getting migraines from the sun shining off the white painted houses on the island and he instructed locals to paint their houses as bright as they could. As it turns out, he just owned the paint company on the island and was trying to increase his sales. Now, the tradition has continued on for centuries and reflects the bright and vibrant culture of the island. And more recently, street art has taken over Willemstad and Pietermaai, with gorgeous murals popping up.

What to Wear in Curacao

Ashley Rossi was hosted by the Curacao Tourist Board on her trip. Follow her on Twitter and Instagram for travel tips, destination ideas, and off the beaten path spots.