Women now make up nearly half of all business travelers in the United States and abroad, and most of them are solo travelers. So it’s no surprise that in recent years, more hotels have been clamoring to offer services catering to women’s needs and preferences.

While some road warriors applaud the extra touches—from smaller slippers and padded hangers to entire floors set aside for female guests (complete with female staff)—there are others who take offense to the notion of women receiving different treatment (especially when it comes to the mildly patronizing touches of floral decor or the latest issue of Cosmopolitan). Some might also argue that prohibiting men from certain rooms or services is flat-out discriminatory or that it might open the door for other forms of separate treatment—after all, men-only floors would generate a lot of controversy. 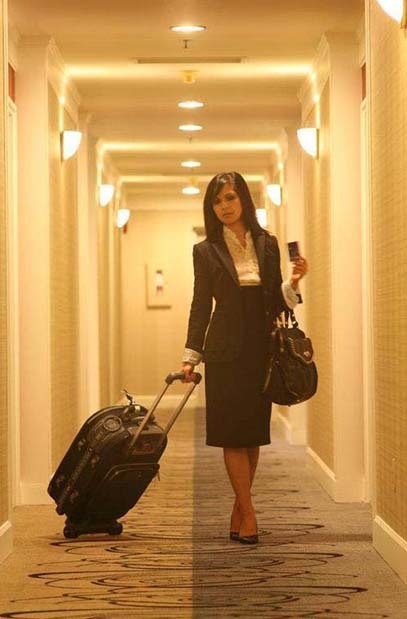 The 812-room Bella Sky Comwell in Copenhagen opened in 2011 with its 17th floor dedicated to female guests. The Bella Donna Floor, as it’s called, is outfitted with champagne and smoothies in the minibar, ionic hair dryers, nail files, and skin-care samples in the bathroom. However, the hotel lost a lawsuit in April charging that the women-only floor was discriminatory toward men. The 20 women-centric rooms in this convention center hotel are still available, but men are now permitted to book the rooms as well (although hardly any do).

If booking a room on a women-only floor is appealing to you, whether for security reasons or for the tweaked creature comforts, there are a growing number of choices around the world. Maiden Voyage, a U.K.-based social network for female business travelers, lists hotels in 25 cities it deems especially friendly to female travelers. Among its selections is downtown Vancouver’s Georgian Court Hotel, whose 18 rooms on the women-only Orchid Floor not only grant an added layer of security but also provide yoga mats, flat irons, satin hangers, and ladies’ “emergency kits” with hosiery and sanitary products.

In India, where security concerns are more at the forefront, entire hotel brands have adopted females-only floors. Since 2005, the ITC Group has had designated women-only floors at all of its Luxury Collection properties throughout India. These so-called Eva Floors, whose access is restricted by key cards, are staffed entirely by females (including a female security guard and female concierge) and also contain a videophone for additional screening of visitors.

The upscale Lemon Tree Hotels chain has also introduced women-only wings in its 19 properties around India, which, in addition to safety measures, provide full-length mirrors, jewelry boxes, and, in some locations, the option to book a taxi with a female driver (via an outside vendor).

In 2013, the Leela Palace New Delhi debuted Kamal, its secure women-only floor, complete with private access to the spa and a complimentary one-hour spa treatment. 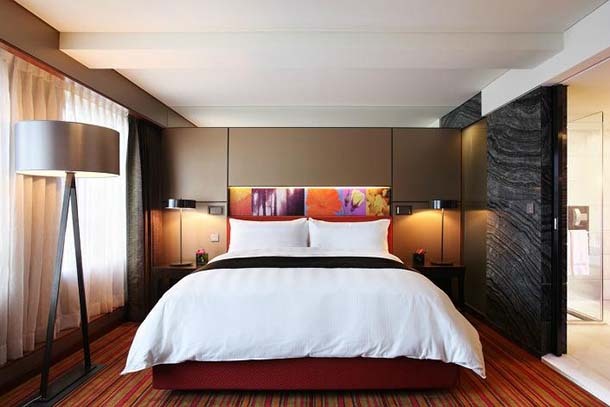 And many other hotels in Asia have women-only floors—their guest rooms typically modified by female-centric interior design and bath amenities. These include the Naumi in Singapore’s Central Business District (with aromatherapy products), the Fleming in Hong Kong’s Wanchai district (with makeup kits and leg-massage machines), the Lotte Hotel Seoul (with a choice of red or green floral design), the Crown Princess Kuala Lumpur (with direct access to the hotel’s Balinese spa), and the Hongta Hotel, in Shanghai’s Pudong area (three dedicated floors, with 24-hour female butler service).

Stateside, this trend is also gaining traction. The Ellis in downtown Atlanta has set aside its 10th floor for women; the rooms are outfitted with curling and flat irons and a “kiss cam” for calling loved ones back at home ($20 surcharge). Several Crowne Plaza properties—including the Hamilton Crowne Plaza in Washington, D.C., the Crowne Plaza Bloomington near the Minneapolis/St. Paul airport ($20 surcharge), and the Crowne Plaza Philadelphia West ($20 surcharge)—augment their key-access floors and wings with everything from spa bathrobes and manicure kits to fresh flowers and separate concierge services.

The Wyndham Boca Raton, which has operated its women-only floor since 2010, stocks its guest rooms with large bath sheets (better as a cover-up than bath towels), silk hangers, aromatherapy candles, and women’s magazines. The Hampton Inn & Suites Albany-Downtown has the women-only Empire Floor, with a portion of its room rate donated to the American Cancer Society Making Strides Against Breast Cancer.