While waiting on a rental car at the Cabo airport, someone mentioned it might rain. I didn’t think much of it at the time, as it was about then that my wife returned with our rental car and we started our vacation. But it did rain that weekend—Hurricane Odile dumped 15 inches of rain on us.

We were very fortunate that the hotel where we stayed had water, food, and limited generator power. Even so, being trapped in a disaster zone has its challenges. We had to wait four days before we could be evacuated. The days after the storm were not as scary as the storm itself, but were more trying.

Riding out a hurricane in a hotel room—and being stranded for days afterward in a severely damaged tourist destination—gave me a lot of time to consider what I wish I had known in advance, what we did right, and what I’d do differently next time. Here’s what to know if you find yourself vacationing in a hurricane.

Before the Storm: Evacuate Early or Hunker Down

One of the first questions people ask me is if we thought about getting out of town. The answer is no. No one really seemed convinced it would make landfall, so it didn’t really cross our minds. From the stories I heard from other evacuees, going to the airport less than 16 hours before a storm is a bad idea. Most people that went the morning of the storm had to shelter at the Cabo airport. If you are going to try to get out, leave the day before. If you can’t get a flight, the hotel seems like a better place to be. And if you do make a break for the airport, make sure the hotel will let you back in if your flight is canceled.

During the Storm: Prepare the Room

I foolishly assumed that we could ride out the storm in our room. My wife, Christina, smartly packed all of our stuff in case we needed to move quickly. We also put our shoes by the door. This turned out to be very useful as we did have to be pulled out of our room after the sliding glass doors exploded. Now, before they exploded, we closed the heavy curtains. It was scary not being able to see what was happening outside, but it did keep much of the glass from showering the room. Christina also dragged the easy chair into the bathroom, which gave good cover when the doors blew out.

During the Storm: Expect Physical Sensations

Here are some strange things you might experience as the storm makes landfall. I mention this because knowing about it might help in a stressful moment. The air pressure of Odile was really low for a Category 3 storm. When atmospheric pressure drops, your joints swell. This is why people with arthritis can predict the weather. If you have joint issues, make sure you have some anti-inflammatory pain medication on hand. Breathing is also strange. Because the air pressure is lower, it feels almost too easy to breathe. Your ears will pop a lot, like they do when you’re flying in a plane. Right before the windows blew out, our toilet started making bizarre slurping sounds. I turned the pipe off because I was afraid it was going to flood, but in the end it was just the air pressure.

During the Storm: Get Equipped, Stay Busy

Some people we met after the storm told us that, before Odile hit, they went to a big box store to buy battery-powered lanterns, snacks, and Rummikub. Christina and I always carry a deck of cards, but having something to do during and after the storm is a good way to stay busy. If you buy candles, don’t get scented candles. I learned that the hard way during a power outage last summer. The stench was overpowering.

The Essentials: A First Aid Kit

After the Storm: Find a Community

After the storm, it is imperative to try and forge some bonds of community with other folks. It is in everyone’s best interest to do this. I know it sounds over-dramatic, but “live together, die alone” was the theme of a show about castaways that was popular a few years back. Christina did most of the heavy lifting there, as I am more wary of strangers, but finding community was essential in the post-hurricane time. You will bond pretty quickly with people you meet in a situation like this; it’s hard not to. If you can find some people to laugh with, the whole thing is easier to deal with. The group we formed traveled to the airport together for the evacuation. It made that experience a lot easier, too. Having a few friends keeps morale high and helps add weight to the decisions you make.

Evacuation line at the airport

After the Storm: Stock Up on Post-Hurricane Supplies

The last thing is the most important: hydration. If you are in a place that gets a heavy-hitting hurricane, you are most likely somewhere warm. There is also a chance you will be in a spot where flooding could compromise the drinking water. If you have time and access, pick up some bottled water. If you can get purification tablets, they can help if you have a water source you don’t trust. Antidiarrheals are also good backup. We waited hours on the Cabo airport tarmac with no bathrooms. That is not a place you want to be caught unprepared.

Dress Prepared for a Hurricane 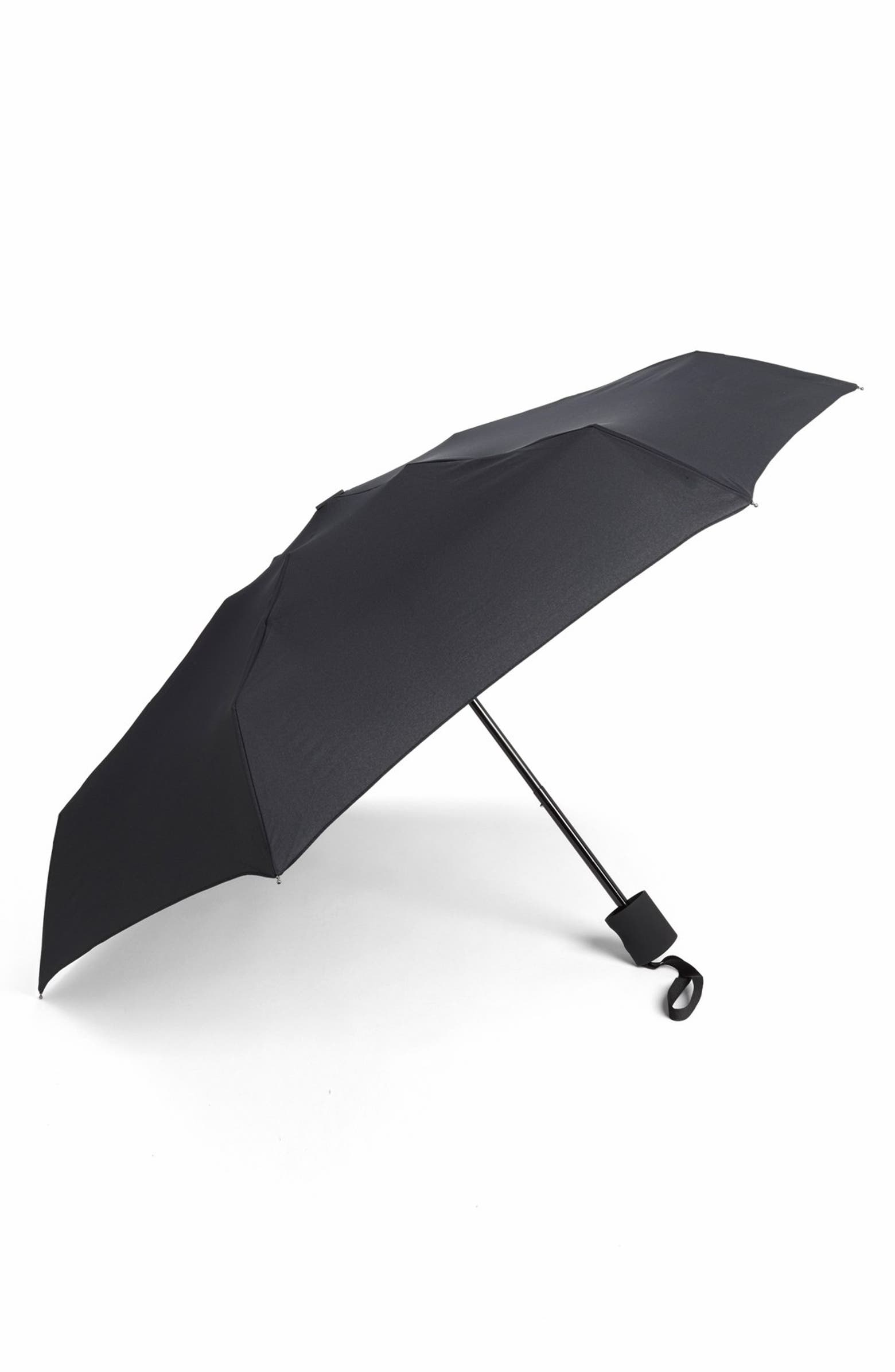 Guest blogger Nate McFadden is the cohost of the Alpine Strangers podcast.

Editor’s note: This story was originally published in 2014. It has been updated to reflect the most recent information.