To engage any New Orleanian in conversation, simply ask where to find the town’s best po’ boy or gumbo. Don’t be surprised to receive a dissertation on the fine points of ingredients and technique of New Orleans food. A passion for good food is the thread running through every neighborhood, home, and restaurant in New Orleans.

The Lowdown on New Orleans Food

Through New Orleans cuisine, visitors experience the city’s heritage as well as its bright future in every bite. Here’s everything you need to know to get started exploring New Orleans food. 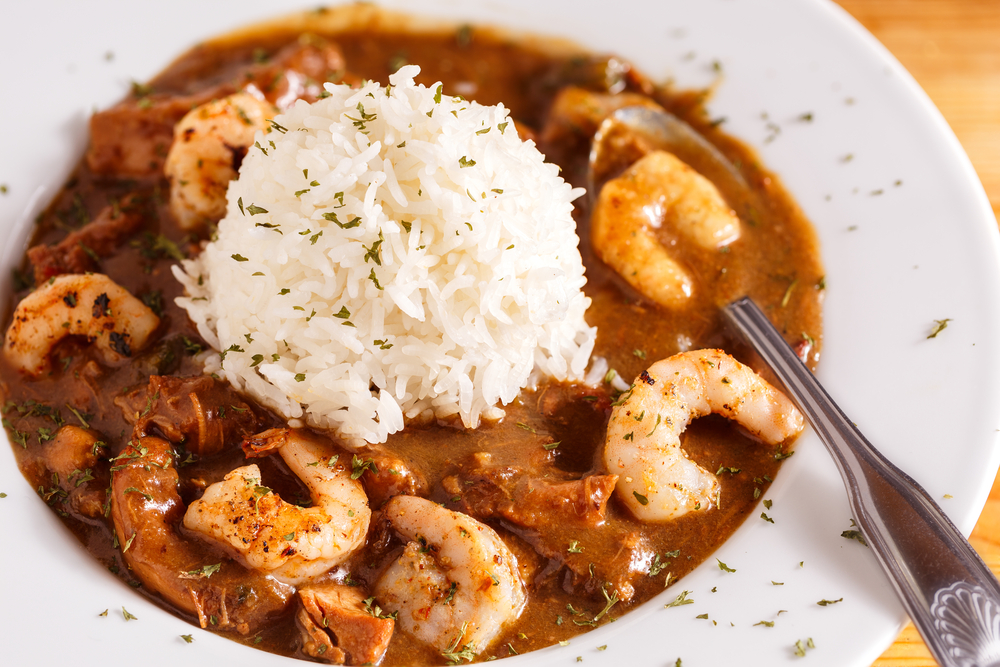 A culinary and spiritual symbol of New Orleans, gumbo is a melting pot of flavors mingling in a rich savory roux. The word is believed to stem from West African roots; originating from the word for okra. European, Native American, and West African ingredients and techniques evolved in a delicious mix, resulting today in a diverse array of recipes.

Thus, who makes the city’s best bowl of gumbo is always a hotly debated topic. Whether your favorite is meat or seafood-based, or a combo, here are solid places to begin: 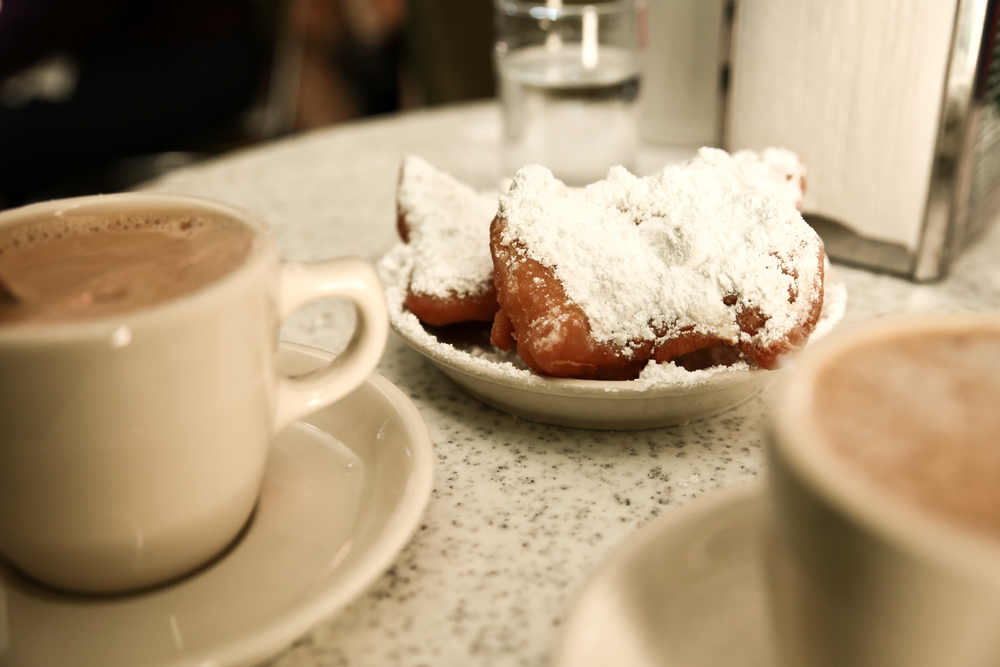 The experience doesn’t come any more quintessentially New Orleans than enjoying the decadent treat with a view of the mighty Mississippi River. Visitors have joined the line at the Crescent City’s most honored institution, Café du Monde, since the French Quarter coffee stand first began serving up the delicacy, their sole menu item, in 1862.

It’s 24/7 and there are no reservations, so scout a table then place your order. Be prepared to leave with a healthy coating of powdered sugar—it’s impossible to contain the sweet goodness, and that’s part of the magic. 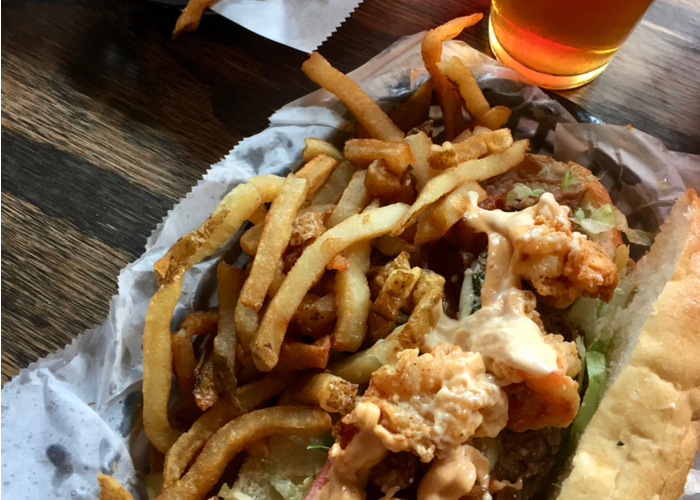 In the late 1920s, two New Orleans brothers set out to feed striking streetcar operators, a.k.a. “poor boys,” with the cheapest fresh ingredients on hand loaded into morning-baked bread. That legacy lives on today everywhere from gas station counters to white tablecloth restaurants. Flaky-on-the-outside, soft-on-the-inside bread is crammed full of lightly-battered shrimp or oysters, or maybe seasoned beef with gravy known as “debris,” and dressed with lettuce, tomato, pickles, and mayo. Portions of this beloved New Orleans food are always large and the taste always soul-satisfying.

You can’t go wrong at Domilise’s Po-Boys, serving classic po’ boys at this Uptown spot for a century. Opt for shrimp or roast beef, or go for the combo with a surf and turf.

Travel down to Mid-City near the Fairgrounds Race Course for Liuzza’s By the Track’s famous BBQ shrimp po’ boy paired with a spicy Bloody Mary. It’s a combination that’s worth the trip. 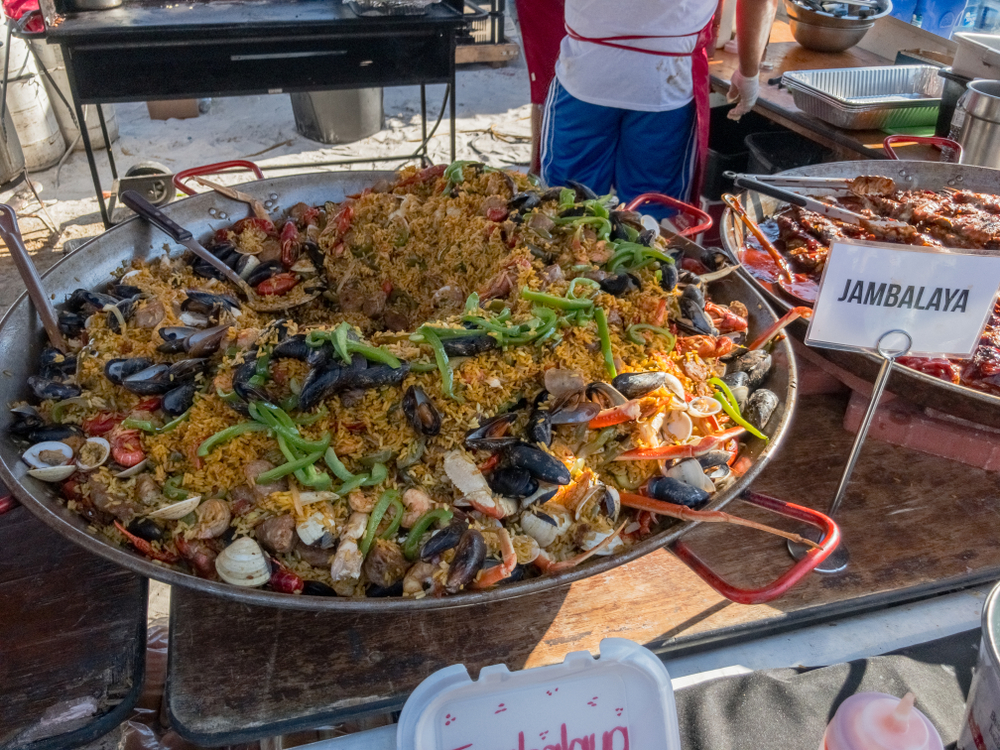 What is jambalaya and what’s the difference between Cajun and Creole versions? The savory dish consists of rice slow cooked with a spicy sauce of meat and vegetables, a bit like Spanish paella. Creole cooking, historically associated with city living, always incorporates tomatoes. Cajun cooking, thought to have originated in more rural areas, rarely features tomatoes. Both versions contain the New Orleans culinary treasure known as the Holy Trinity, consisting of onions, celery and green bell pepper. 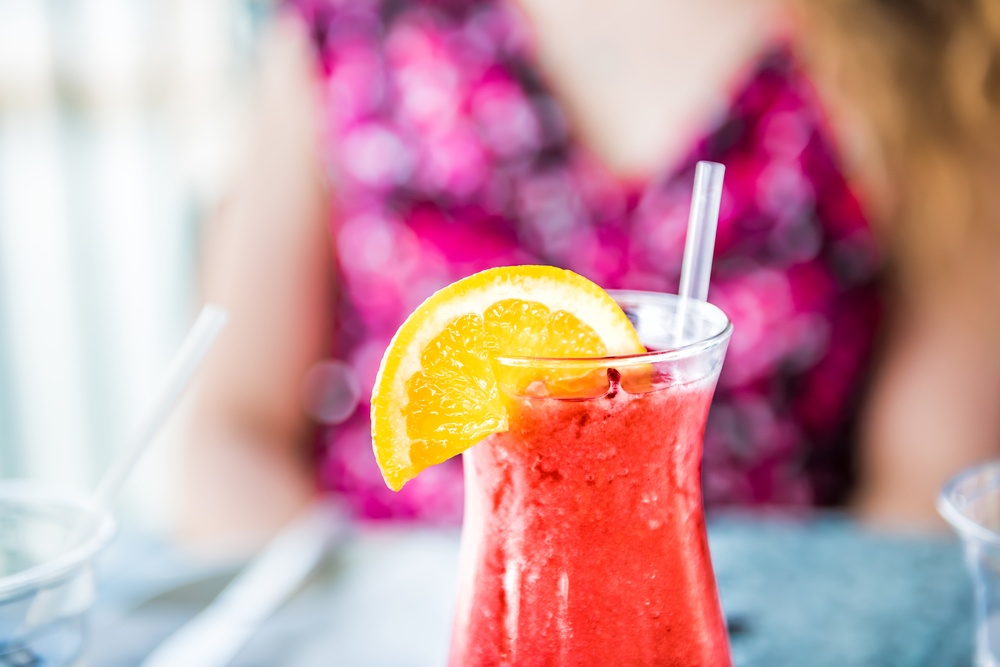 The original daiquiri may have been invented in Cuba, but New Orleans has taken the drink, added a slush of ice and rush of color to create a syrupy concoction that, in New Orleans, is synonymous with good times.

Try a few flavors while wandering the French Quarter and Marigny—it’s surprisingly refreshing on a steamy New Orleans day. Just be careful, these sweet treats sneak up on you in a dangerous way.

Pick your neon potion from swirling machines at ever-festive Queenie’s on St. Claude. 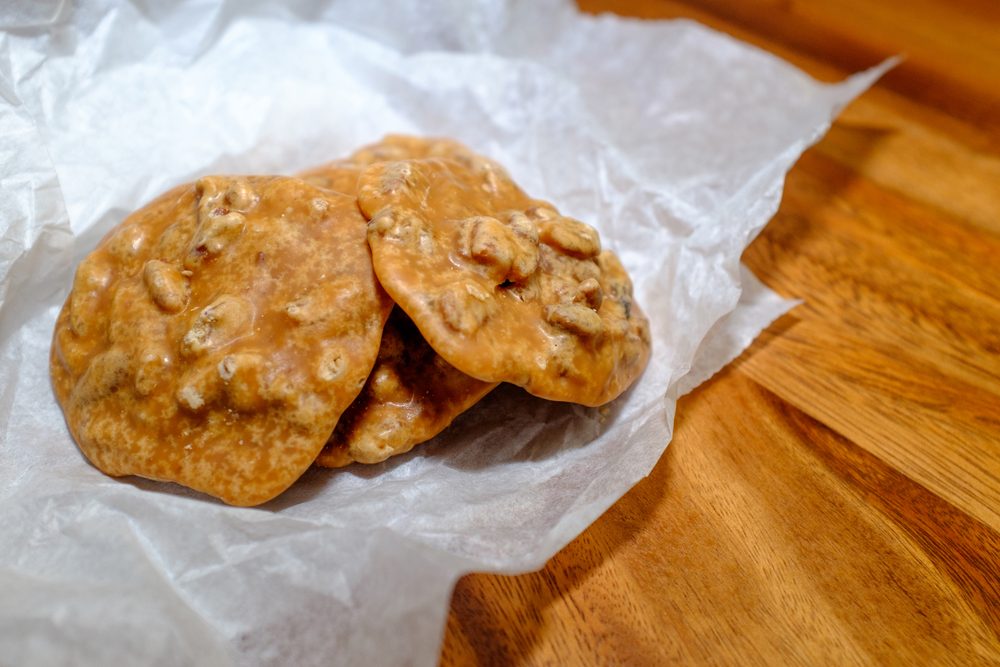 It’s candy, yet not quite candy. The unique consistency places the revered praline in a league of its own, almost like a crunchy fudge. No NOLA visit would be complete without biting into this super sweet treat of brown sugar and nuts.

Start the New Orleans food immersion at Loretta’s Authentic Pralines. Loretta was the first African American woman to launch a praline company, and for 35 years she’s been perfecting the art. Combine two New Orleans classics with her praline beignets for pure decadence. 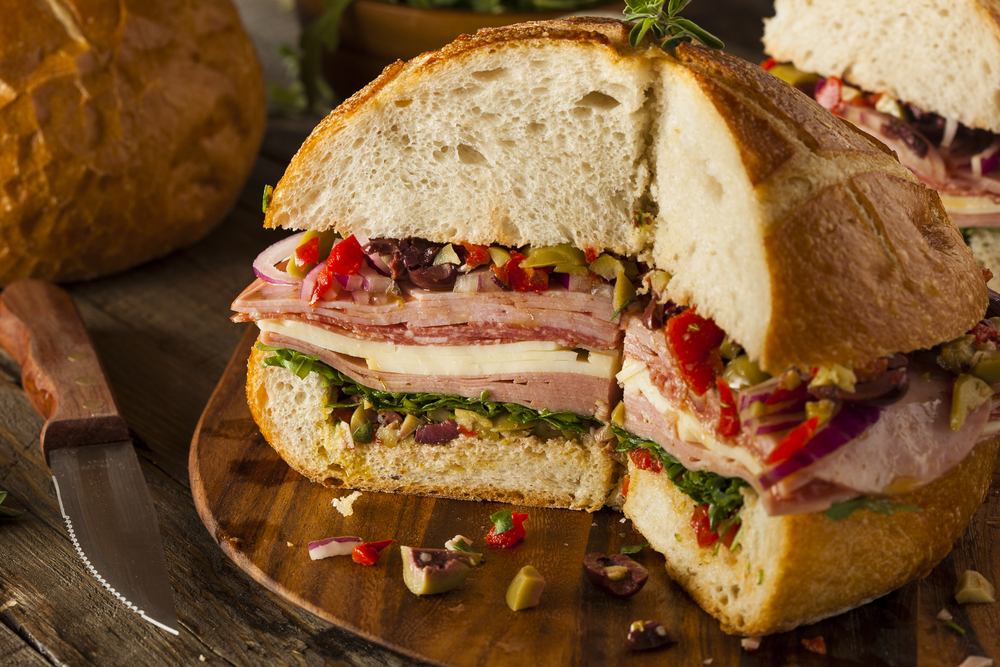 This crazy popular sandwich was first created by Sicilian immigrants to New Orleans. With a large round of freshly baked bread as base, thinly-sliced meats (usually salami and ham) are layered with cheeses and olive salad for a delicious and filling lunch-time favorite. The classic New Orleans food known as muffuletta is usually served cold and cut in half for sharing.

Try it where it was created in 1906 at Central Grocery on Decatur Street.

Or, for the ultimate late-night party snack, visit the popular 24-hour convenience store Verti Mart, where you can get yours cold or hot.

Many fans claim this elegant drink, sometimes called America’s first cocktail, was created in New Orleans. Beginning with a glass swirled and coated with aromatic absinthe, rye whiskey, or cognac, bitters and sugar combine for a taste that somehow seems to embody the very essence of the city’s perpetual spirit of celebration. 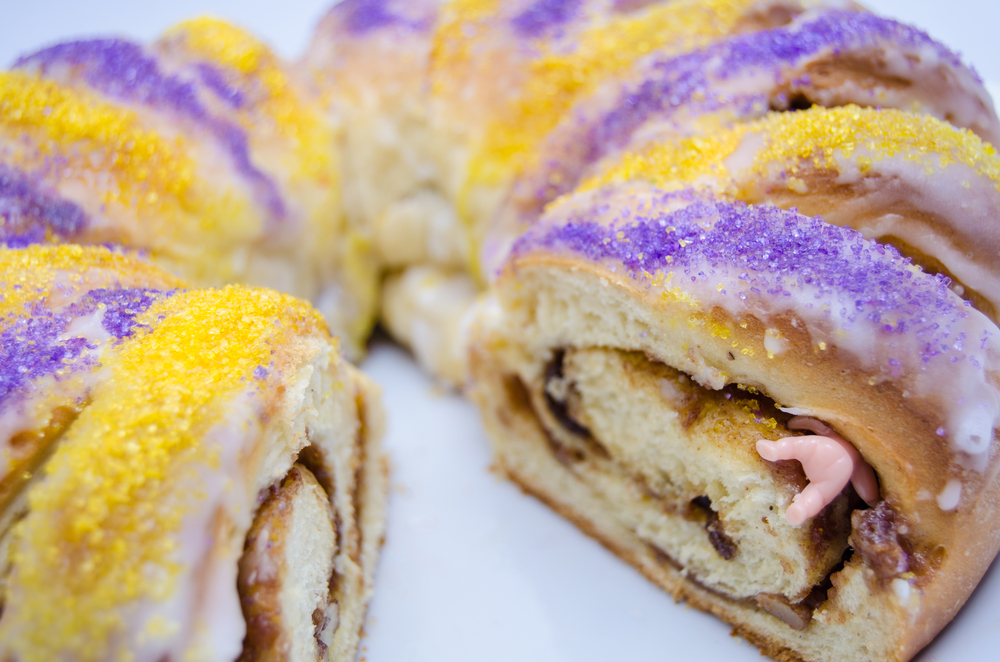 During New Orleans carnival season, no celebration is complete without the king of all cakes, the perfectly moist, ring-shaped brioche known as King Cake. Traditional recipes for this iconic New Orleans food feature a cinnamon cake covered in Mardi Gras purple, green, and gold icing or sprinkles. Adding to the festivity, a plastic baby is hidden inside. Whoever gets the surprise-laden slice buys the next king cake or hosts the next party, which is considered an honor.

Dong Phuong Oriental Bakery is recognized as an American classic by James Beard Foundation and renowned for the King Cake, which usually sells out. While there, try one of the delicious Bahn Mi sandwiches.

For a more boutique experience, stop in one of three locations for artisanal sweet shop Sucre’ for the King Cake, macaroons, and chocolates too. 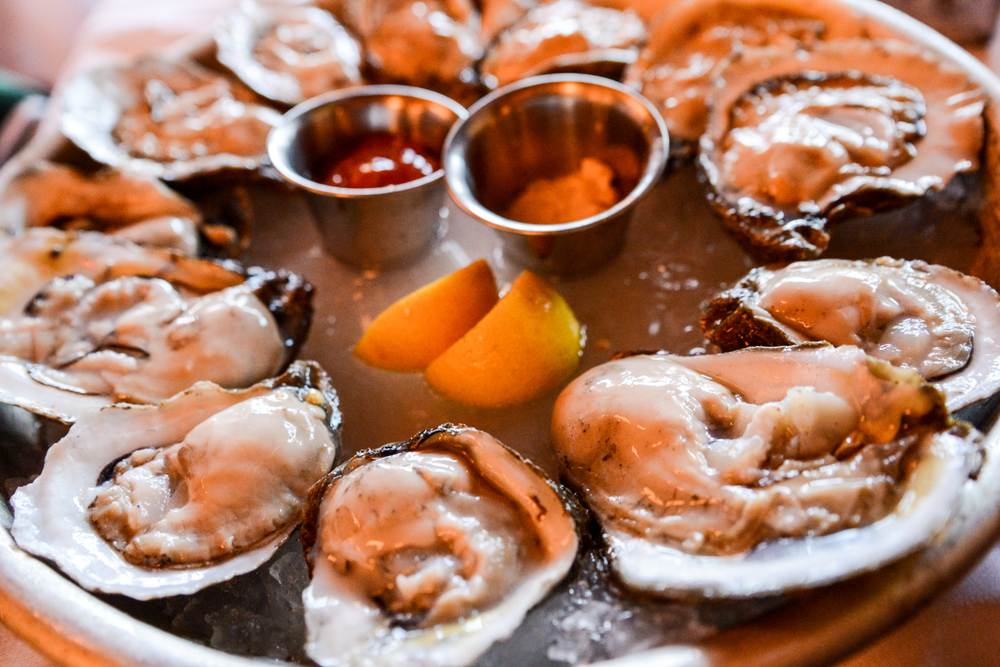 Shucking and slurping Gulf Coast oysters has long been one of New Orleans most treasured culinary traditions. Today visitors will find oysters sourced from beyond the Gulf as restaurants and bars seek to keep up with the city’s ravenous demand, but the focus is always on the rich simplicity of raw, baked, and chargrilled oysters.

Two longtime favorites are French Quarter neighbors making it easy to try both and compare. For generations, locals have bellied up to the bar for a dozen at Felix’s or across the street at Acme Oyster House. Get in line in the afternoon and join the tradition. 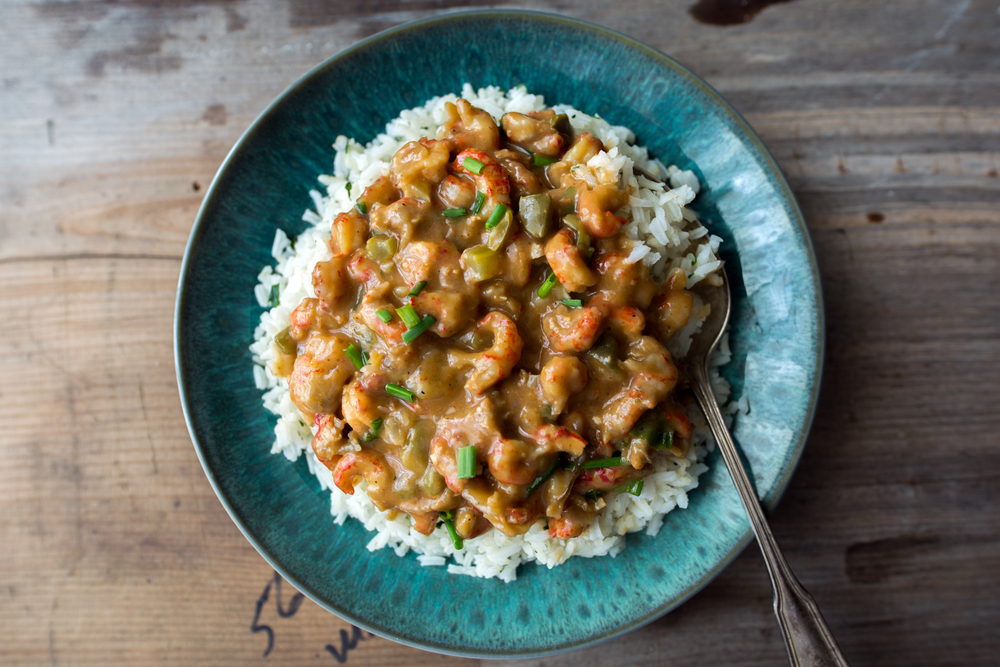 A shellfish-based dish, pronounced eh-too-fey, comes from the French word “to smother,” perfectly describing the rich sauce, usually consisting of shrimp and/or crawfish, simmered to perfection and served over rice.

Or have your Étouffée straight up at one of Uptown’s best restaurants, Jacques-Imo’s. You’ll feel light and right for dancing to live music next door at Maple Leaf. 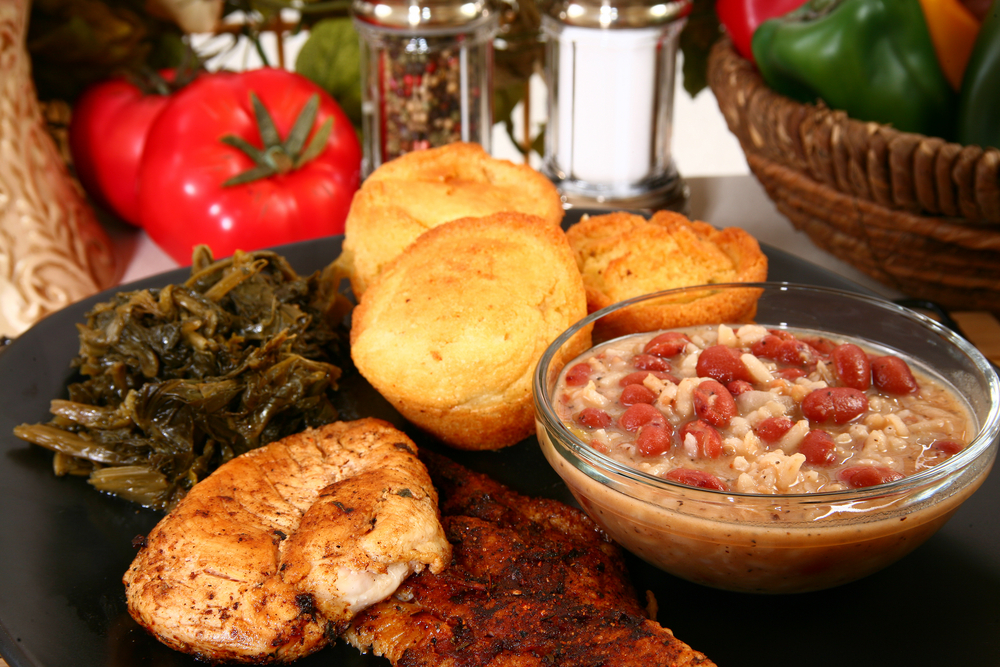 This beloved dish is a Monday New Orleans food tradition. Why Monday? Traditionally, resourceful home chefs, using Sunday leftovers like hambone, could easily flavor a big pot of red beans and rice on the stove the next day without fuss or worry. This was a cool culinary hack for the day of the week often reserved for labor-intensive washing chores.

Most dishes will include a side of smoked sausage or pork. For a classic, try beloved restaurant Willie Mae’s Scotch House.

Buffa’s Bar in the Marigny serves the spicy dish with a side of smoked sausage and live jazz.