Whether you’re hoping to avoid the crowds, save some money, or just explore a different side of London, there are plenty of ways to get off the beaten track in the British capital. There’s much more to the city than Big Ben, Buckingham Palace, and the London Eye. Of course, first-time visitors will likely want to check off the most famous landmarks, but don’t be afraid to spice up your itinerary by visiting some of these other equally impressive sights. To help inspire you, here are eight little-known alternatives to London’s top attractions.

Instead of … Afternoon Tea at The Ritz

Try … Afternoon Tea with a Twist

Tucking into a spread of freshly baked scones, dainty sandwiches, and English tea served in fine china is a longstanding British tradition. But instead of joining the masses at top locations like The Ritz, Fortnum & Mason, or The Berkley Hotel, spice up your sightseeing break by enjoying afternoon tea with a twist in London. Try the Willy Wonka-inspired Chocolate Afternoon Tea at The Chesterfield in Mayfair, a risque burlesque afternoon tea at the Volupte Lounge, or the wacky Mad Hatter’s Tea at the Sanderson Hotel. 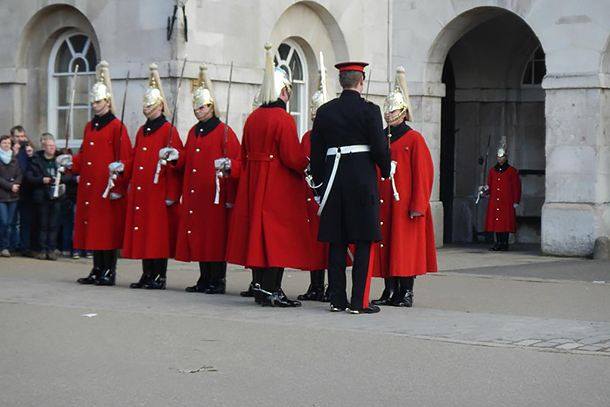 Instead of … The Changing of the Guard at Buckingham Palace

Of course, you’ll want to take a peek at the grand Buckingham Palace. But Her Majesty’s official London residence is always surrounded by crowds, especially around the time of the Changing of the Guard ceremony (held each day at 11:30 a.m.). Windsor Castle, Hampton Court Palace, and Kensington Palace are all worthwhile alternatives. But to see the behind-the-scenes workings of royal life, head to the Household Cavalry Museum. Housed in the Household Division’s headquarters, this museum is one of London’s most impressive royal sites, showcasing centuries of royal traditions, customs, and ceremonies. You’ll even have the chance to watch the present-day Household Cavalry (the British Army’s senior regiment) at work—visitors can peek through the glass screen into the stables and watch the cavalry horses being groomed, trained, and ridden.

Instead of … The View from the London Eye or The Shard

Try … Cocktails at a Rooftop Bar

The London Eye has long been the capital’s most visited attraction, and while the newly opened The Shard has proved a worthy rival, you’ll still be battling the crowds to take in the views. Instead, head to one of London’s many top-floor bars and enjoy the view while sipping a cocktail or indulging in afternoon tea. Top choices include the Paramount Bar in the Centre Point skyscraper, which looks out over Oxford Street and the West End; the Blueprint Cafe, which offers dazzling views over the Thames and Tower Bridge; the Oxo Tower bar, which looms over the waterfront; or the Skylon, close to the London Eye. 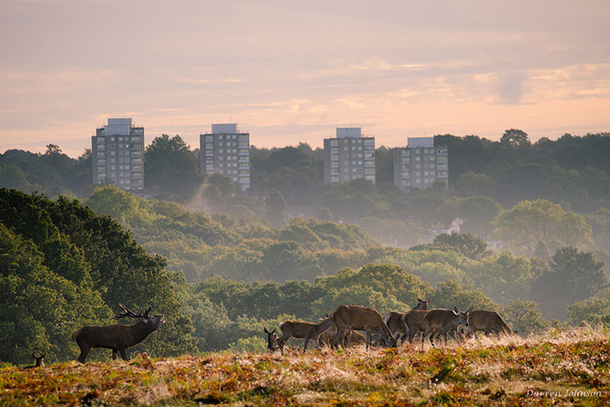 Instead of … A Picnic in Hyde Park

Try … An Afternoon in Richmond Park

There are dozens of parks dotting Central London, but Hyde Park, with its summer music festivals, Winter Wonderland, and famous boating lake, always draws the biggest crowds. So instead, hop on the tube to Richmond and you’ll find the largest of London’s Royal Parks. With almost 2,500 acres to explore, Richmond Park offers plenty to see and do. Rent a bike, play a game of golf, go horseback riding, or explore the lakes and woodlands, home to more than 600 wild deer.

Instead of … A Cruise Along the River Thames

There are plenty of options for cruising along the Thames, but the mighty river isn’t the city’s only waterway. One of London’s best-kept secrets is Regent’s Canal, which runs for about 8.5 miles all the way from Limehouse Lock on the Thames to Battersea, passing through some of North London’s most picturesque districts along the way. Take a cruise through the tranquil Regent’s Park, home to the London Zoo (you can see the aviary from the waterfront), drift through the lively Camden Lock, famous for its eclectic weekend markets and many waterfront pubs, then float through “Little Venice” in Maida Vale, a photogenic stretch lined with colorful narrowboats. Don’t fancy a boat tour? You can kayak along the canal or follow the waterfront walking and cycling trails. 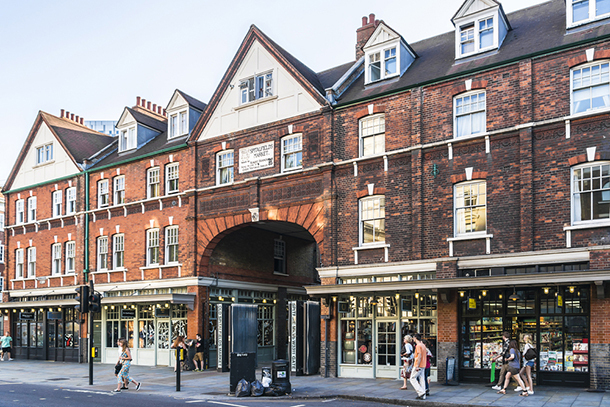 Instead of … Shopping at Portobello Market

Portobello Market has long been the best place to find London’s upcoming designers or seek out priceless antiques. But the sprawling Saturday market is a victim of its own success, with such huge hordes turning out during the summer months that you’ll spend more time pushing through the crowds than browsing the stalls. Instead, take the tube to Liverpool Street in the East End and check out Spitalfields Market, one of the city’s coolest and most bohemian markets. Here, you’ll find everything from art and handicrafts to vintage clothing and antiques alongside fresh produce and a weekly record fair. 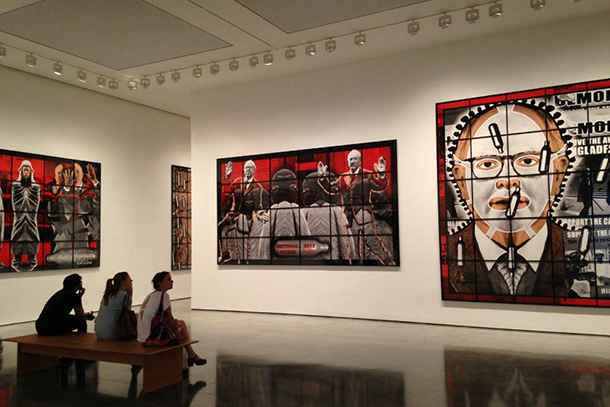 Instead of … The Tate Modern

The Tate Modern, the National Gallery, and the Saatchi Gallery are all major draws for art lovers. But while London’s top galleries are justifiably popular, the most exciting new art is being produced over in the East End, where you’ll find hundreds of unique independent museums and galleries. The best time to visit is on the first Thursday of the month, when the aptly named “First Thursdays” event offers free walking tours of more than 170 galleries and includes a complimentary shuttle bus between venues.

Instead of … Partying in Soho

Try … Getting Cultural in Notting Hill

Centered around the West End Theater District and the mega cinemas of Leicester Square, Soho is the heart of Central London’s nightlife. But the area is also hugely overcrowded and overpriced, compared to many of the city’s other neighborhoods. While music fans head to a gig in Camden and ravers check out the latest underground club in the East End, those looking to sample some of London’s more sophisticated entertainment should try Notting Hill. Not only are there ample pubs, bars, and restaurants to choose from, but this West London district is also home to some of the city’s coolest independent cinemas, such as Electric Cinema, Gate Cinema, and the Coronet Cinema. You’ll also find the well-respected Notting Hill Arts Club, which hosts live bands and DJs most night of the week.

This story originally ran on Viator. Viator offers tours and things to do in more than 10,000 destinations around the world.