Within a few hours of Phoenix, you can discover wineries, natural wonders, mining towns turned into artist colonies, and more. Rent a car, and discover one of these enticing day trips from Phoenix.

The Best Day Trips from Phoenix

Thanks to its location in the center of the state, Phoenix is a good base for day trips to many parts of Arizona. In some cases, you might want to add an overnight to stretch your Phoenix day trip a little longer. 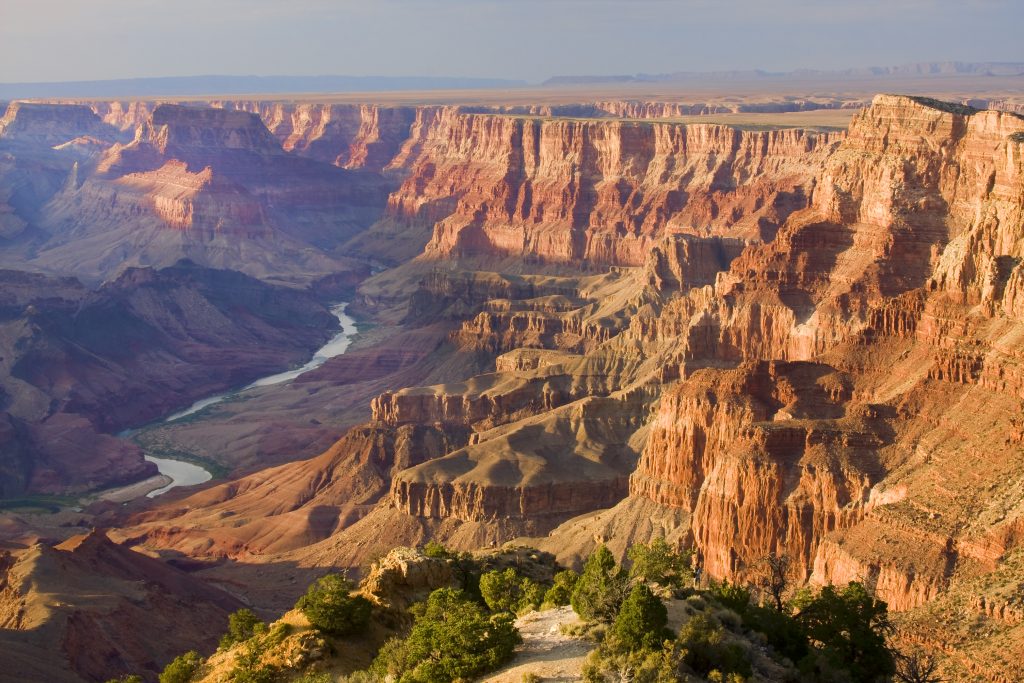 If you have time for only one day trip from Phoenix, make it a journey to the Grand Canyon. Even though the drive is four hours each way, a few hours at the South Rim is enough time to stop at the scenic overlooks and explore a few of the visitor centers and museums there.

You may also have enough time to hike just below the rim, rent bicycles to explore the national park, or enjoy lunch at El Tovar as you gaze out over the ancient rock walls.

Located 100 miles north of Phoenix, Jerome nearly became a ghost town when the nearby mine closed in 1953. Hippies resurrected it during the 60s when they moved in and turned the hillside community into an arts colony.

Today, you can discover its mining past at the Jerome State Historic Park, browse the art galleries and shops, sample locally produced wines, and hunt for ghosts at the Jerome Grand Hotel, reportedly the most haunted hotel in the state.

The legendary town of Tombstone is a Phoenix day trip you won’t want to miss, especially if you love the Old West. Many of the buildings, including the Bird Cage Theater and Big Nose Kate’s Saloon, date back to the days of Wyatt Earp and Doc Holliday.

For a fee, you can visit the O.K. Corral—the site of the famous gunfight between the Earp brothers, Holiday, and the Clanton gang—and watch a reenactment. Don’t miss the Boot Hill Graveyard, where the gunfight’s victims were buried.

Since Bisbee is just a half-hour south of Tombstone, it’s possible to visit both on a day trip from Phoenix. But if you love history, art galleries, and quirky characters, you may want to spend the whole day in Bisbee.

The Bisbee Mining and Historical Museum is one reason to allot plenty of time for a visit. A Smithsonian affiliate, it’s packed full of artifacts and information. You’ll also want time to take the Copper Queen Mine Underground Tour and admire the city’s Victorian architecture. 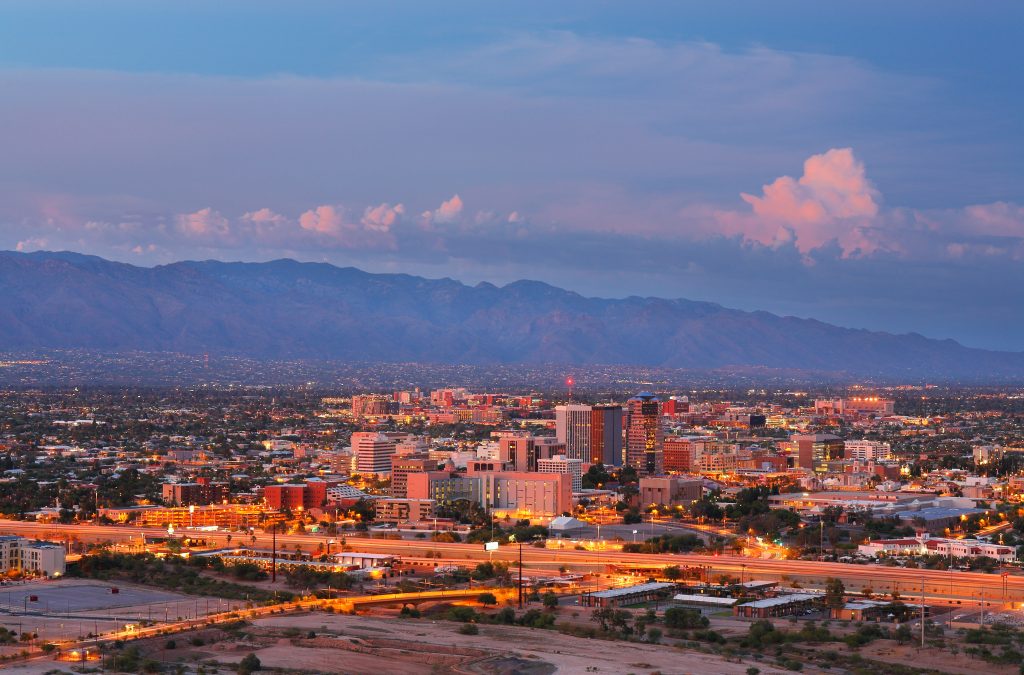 One of the most popular day trips from Phoenix, Tucson has tons of attractions worth the drive, including the Arizona Sonora Desert Museum, Mission San Xavier del Bac, and the Pima Air and Space Museum.

It was also the first city in the United States to be recognized as a UNESCO City of Gastronomy thanks to its 4,000 years of agricultural and culinary history. While in Tucson, sample a Sonoran dog, a hot dog wrapped in bacon and topped with pinto beans and cheese.

Temperatures in Flagstaff average 20 degrees cooler than Phoenix throughout the year, making one of the best day trips from Phoenix for escaping the summer heat. Its historic downtown has boutique shops, great restaurants, and architecture from the early 1900s. You can also pick up a passport and spend time sampling craft beers on the Flagstaff Brewery Trail.

Even though it no longer appears on most maps, you can drive portions of the infamous Mother Road through Arizona. On a day trip from Phoenix, start by retracing the well-marked route through Flagstaff. To the east, you can pick it up in Holbrook, Winslow, and Petrified Forest National Park.

West of Flagstaff, the main streets of Williams and Kingman were both once Route 66. In between the two, at Exit 139 from Interstate 40, you can drive the longest remaining continuous stretch of Route 66, complete with vintage signage. Stop at Seligman, the town that inspired Radiator Springs in the Pixar movie Cars. 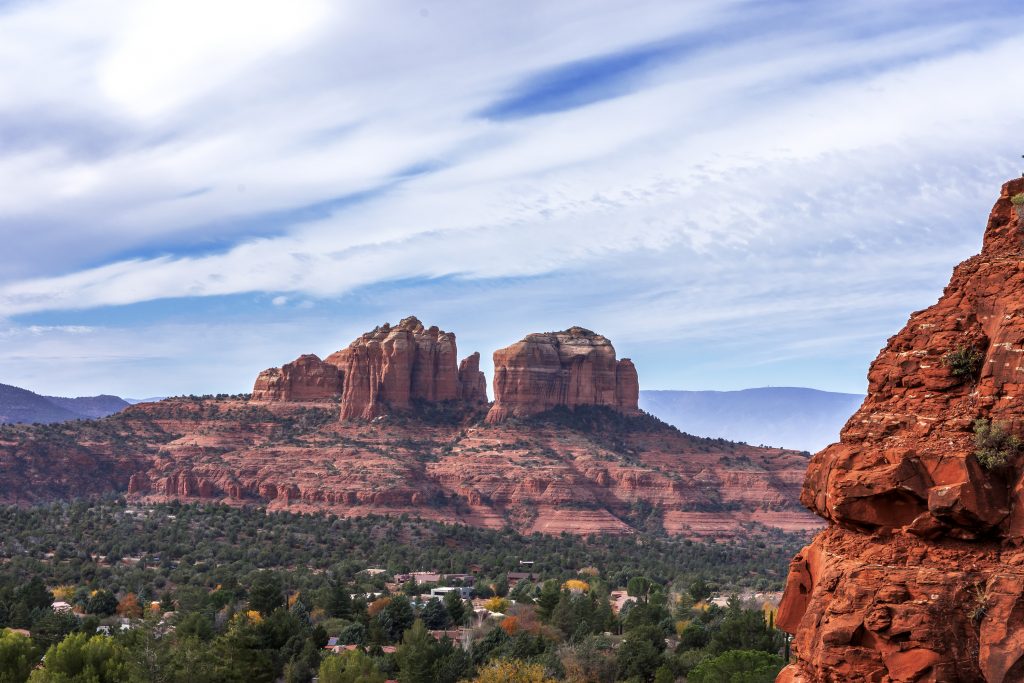 Known for its red-rock surroundings, Sedona combines outdoor adventure with art galleries, shopping, and a New Age vibe. Hiking and Jeep tours are two of the most popular ways to discover the unique terrain here, but you can also rent mountain bikes or take a helicopter tour for a bird’s-eye view.

There are a number of shops and art galleries along State Route 89A, and just before downtown, the Chapel of the Holy Cross, perched on the red rocks, is open to the public. You can also hunt for “vortexes,” or pockets of energy, using maps available online.

Arizona has three major wine regions, but some of the state’s best bottles are produced in the wineries surrounding Sonoita and neighboring Elgin, including Dos Cabezas, Canelo Hills, Kief-Joshua Vineyards, and Callaghan Vineyards. Designate a driver, and spend a day sampling Arizona wine.

Between tastings, consider a visit to Kartchner Caverns State Park, just 30 minutes away and considered one of the 10 most beautiful caves in the world. The tour is accessible, but strollers, pets, and cameras are not permitted. Some of the tours have age restrictions, too.

Established in 1726, Tubac was the site of the first European settlement in Arizona and the starting point for Juan Bautista de Anza’s expedition to what became San Francisco. Today, the historic presidio showcases nearly 2,000 years of history.

But Tubac is more than a historical site. It’s an arts colony with more than 80 shops selling everything from hand-painted tiles to Mexican pottery, carved wooden furniture, and jewelry. The Tubac Golf Resort’s course was featured in the Kevin Costner movie Tin Cup.