The story of the African-American civil rights movement runs from the kingdoms of Africa to the Jim Crow South, through the Black Panther movement, and into current-day events across the country. Each year, the history, present, and future of racial justice in the U.S. comes into focus with Martin Luther King, Jr. Day in January and Black History Month in February.

But these exceptional museums, monuments, and historic centers dedicated to the civil rights movement deserve the attention of travelers seeking the story of America all year long.

In D.C., the National Museum of African American History and Culture opened in 2016 with much pomp and circumstance and ticket lines that ran around the building. If you still haven’t gone, you’re in for an exceptional experience: Exhibits span five floors and explore topics ranging from pre-slavery kingdoms in Africa to Jim Crow Segregation, and beyond, to modern day issues and achievements. The museum does a great job of bridging the job of informing without overwhelming, but trying to do it all in one visit will be tough. Timed entry passes are required on some days; check online for advance tickets or take your chances on a same-day request line at the museum.

This dedicated museum predated Washington D.C.’s National Museum of African American History and Culture by 40 years, and was the first in the country to be dedicated solely to exploring African-American heritage. The African American Museum in Philadelphia is a fantastic visit for all ages, but does a particularly good job of communicating with the under-12 set who will engage with exhibits like the hands-on Children’s Wall, which details the lives of historic African Americans. The permanent “Audacious Freedom” display details the contributions of people of African descent in Philadelphia during the years immediately following the founding of the United States.

Gain insight into the rise and fall of segregation in Alabama with a visit to this well-appointed museum. Your self-directed exploration through the Birmingham Civil Rights Institute will take you through various timelines and details of the movement. When you’re done, cross the street to the 16th Street Baptist Church, where in September 1963, a bomb was set off killing four African-American schoolgirls who were attending Sunday School. The church still holds Sunday service each week at 11.

It’s been over 50 years since the assassination of Dr. Martin Luther King, Jr: In 1968 the world-respected leader was standing on the balcony of the Lorraine Motel when he was shot. Since 1991, that former motel has housed the National Civil Rights Museum with a goal of sharing the lessons of the movement while also addressing the goals of equality and freedom around the world. Thanks to a $27.5 million investment in 2013, interactive exhibits have been added that enrich the visit.

Frederick Douglas started his life as a slave; then taught himself to read, outsmarted his captors, and escaped. He used his newfound freedom to become one of the most famous abolitionists in history and gained the respect of President Abraham Lincoln. Cedar Hill, the home he lived in from 1877 until his death in 1895 is now the Frederick Douglass National Historic Site. Daily ranger-led tours offer a glimpse into the impressive man, his family life, and his work alongside five American Presidents.

The Missouri History Museum offers a glimpse into how one city has made an impact on the national story of civil rights. Here you’ll find exhibits on the story of the four precedent-setting Supreme Court civil rights cases that had their start in St. Louis, as well as artifacts collected during the 2014 uprising in Ferguson, Missouri. Don’t miss the section of live exhibitions, where actors bring historic events and people to life right in front of your eyes. Admission is free.

This iconic family-owned fast-food spot opened in 1958 with a simple take on the chili dog. Today, Ben’s Chili Bowl’s half-smoke—a half-pork, half-beef sausage topped with onions, cheese, and the restaurant’s signature chili—is a D.C. must-eat. But beyond the food and friendly service, the Chili Bowl on U-Street—in a historically African-American area of Washington D.C.—also has a place as an important part of the American civil rights movement. It was at ground zero of the 1968 race riots following the assassination of Dr. Martin Luther King Jr. In fact, the restaurant—at the request of famous Black Panther Stokely Carmichael—stayed open despite curfews in place to feed protestors and police officers alike. Today, the walls of the shop hold photos of celebrities, public figures and local icons. And a mural on the wall outside features celebrated figures in the community. Though patriarchal namesake Ben Ali passed away in 2009, the property remains in the hands of his wife and children. And the half-smoke is still on the menu.

The African American civil rights story depended in part on allies from other races, communities, and countries. It’s a story that is diverse in class, age, and race. The Freedom Riders—groups of volunteers who drove into segregated areas in 1961 with a goal of desegregation—are a prime example of exactly that. Before venturing off, Freedom Riders often wrote wills and goodbye letters to their families. Many of them would be killed and none of them was older than 22. The Freedom Rides Museum shares the story of 21 of these young people who took on the nonviolent protests encouraged by Dr. Martin Luther King, Jr and sacrificed for the movement. 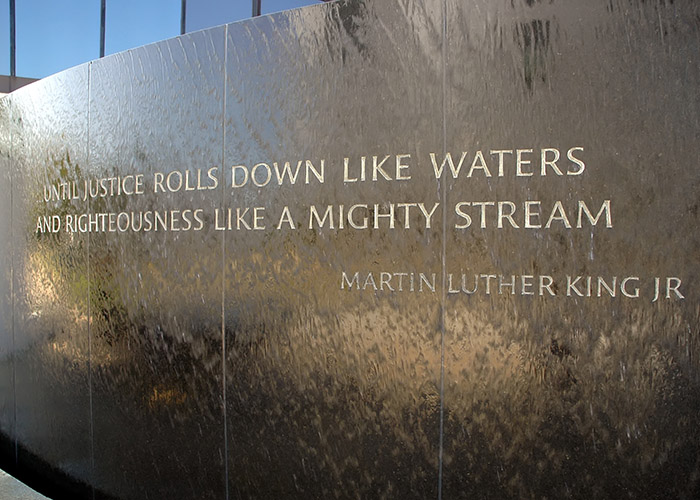 While in Montgomery, don’t miss a chance to visit the Civil Rights Memorial and Civil Rights Memorial Center. The monument chronicles the history of the Civil Rights Movement, while the memorial plaza offers a contemplative place to remember those killed during this turbulent period of American history. And nearby, the massive new Memorial to Peace & Justice from the Equal Justice Initiative aims to remember the thousands of African American men, women, and children who were lynched in America. 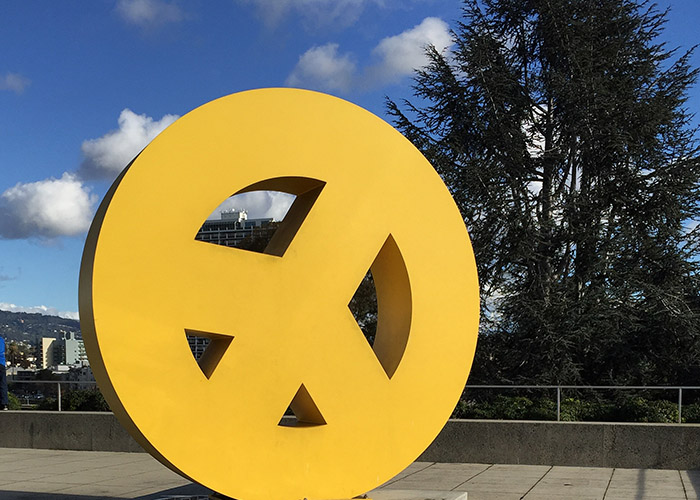 The southern and eastern states get the lion’s share of attention when it comes to Civil Rights, but California played a role too. Famous Black Panther members Bobby Seale and Huey Newton founded the party in Oakland. You can still tour the neighborhood where things began, and alongside a former Black Panther thanks to the Oakland Museum of California’s ongoing exhibition series about the group. More exhibitions and dates can be found here.

Heather Greenwood Davis is a lifestyle journalist and a National Geographic Travel columnist. Follow her on Twitter @greenwooddavis or keep up with her family’s adventures on GlobeTrottingMama.com.