Africa may have a lock on our collective imagination when it comes to safaris, but there are plenty of places outside of Africa where you can come face-to-face with wildlife in its natural habitat, too—think Canada’s “Kings of the Arctic,” Brazil’s big cats, the wolves of Romania, and so much more.

Bucket-List Safaris Outside of Africa

So, if Africa doesn’t figure into your travel plans this year, don’t despair. Here are seven trips that prove you don’t have to go all that way to have an authentic bucket-list safari.

Meet Polar Bears, ‘Kings of the Arctic,’ in Manitoba, Canada 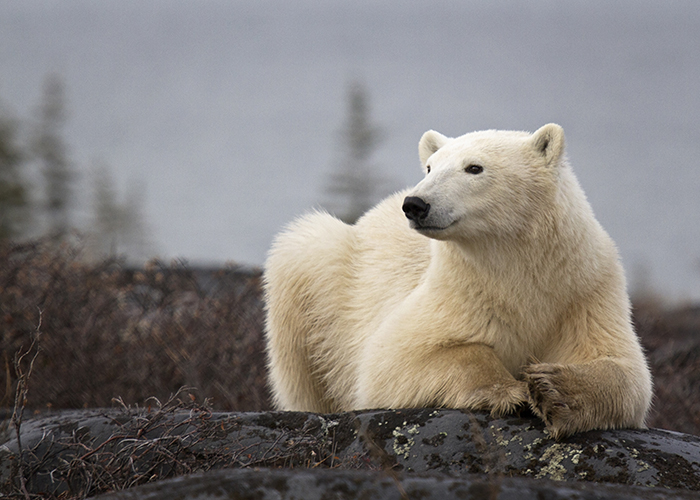 What it doesn’t have in Big Five wildlife, Canada more than makes up for with its own impressive safari finds, including moose, grizzly bears, and even reindeer. Still, it’s seeing polar bears in the wild that many people consider North America’s once-in-a-lifetime wildlife experience.

Churchill, a town on the western shore of Hudson Bay in Canada’s Manitoba Province, is known as the “Polar Bear Capital of the World,” with approximately 900 to 1,000 of these magnificent, ice-dwelling mammals living in close proximity to humans.

Viator offers a variety of polar bear safaris every July through November, ranging from up-close viewing aboard specially designed tundra vehicles to on-foot photo safaris. Depending on the trip you choose, you may even spot beluga whales or get to chase the Northern Lights—a cosmic safari all its own. 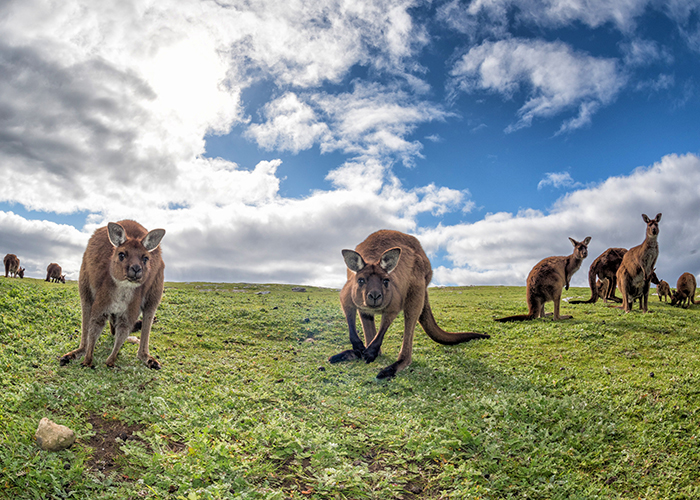 Australia’s Kangaroo Island is the country’s third-largest island: a 2,734-square-mile landmass covered in dense bushland, wetlands, and forest. More than a third of it is protected nature reserves. Seventy miles off the coast of South Australia’s capital city, Adelaide, Kangaroo Island’s isolation has allowed the island’s original wildlife habitat to thrive—making KI (as the locals call it) one of the country’s best spots for seeing some of its finest creatures.

Look for small and spiky egg-laying echidnas ambling along KI’s red dirt roads, and snoozing koalas hugging the smooth, gray branches of eucalyptus trees. Along with wallabies, the island’s namesake kangaroos are everywhere, with mobs of them lounging in open fields during twilight hours or bouncing through gum forest.

Viator lets you experience it all first-hand, with safari-style trips that run the gamut from one-day tours to four-day island excursions. These trips usually include visits to two of KI’s most popular natural attractions: Seal Bay, known for its beach-frolicking sea lions; and Flinders Chase National Park, home to a colony of New Zealand fur seals. 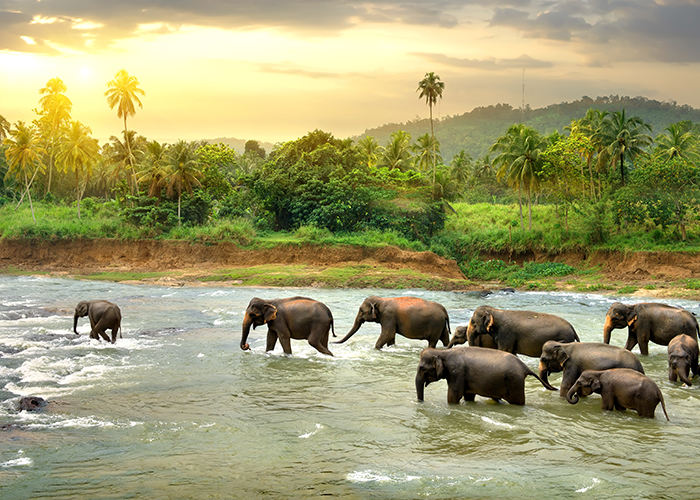 The island nation of Sri Lanka, off the coast of southern India, teems with stunning natural features and weathered ruins that have become de facto wildlife playgrounds. Only slightly larger than West Virginia, this tropical country is one of the planet’s top biodiverse hotspots, with 123 mammal species and hundreds of bird species. It also boasts 26 national parks.

Sri Lanka’s lush rainforests are home to herds of Asian elephants who like to bathe in its rivers and monkeys that linger beside waterfalls, and mountaintop cloud forests heaving with primates. And then there’s Yala National Park: home to shaggy, insect-eating sloth bears and one of the world’s highest population densities of leopards.

Even the country’s surrounds are a treat for wildlife lovers, who may spot dolphins, sperm whales, and the ultimate sea creature—blue whales—in the Indian Ocean. Whatever your animal preference, Viator has an itinerary for you.

Visit a Wildlife Refuge Brimming with Crocodiles and Jaguars in Nicaragua 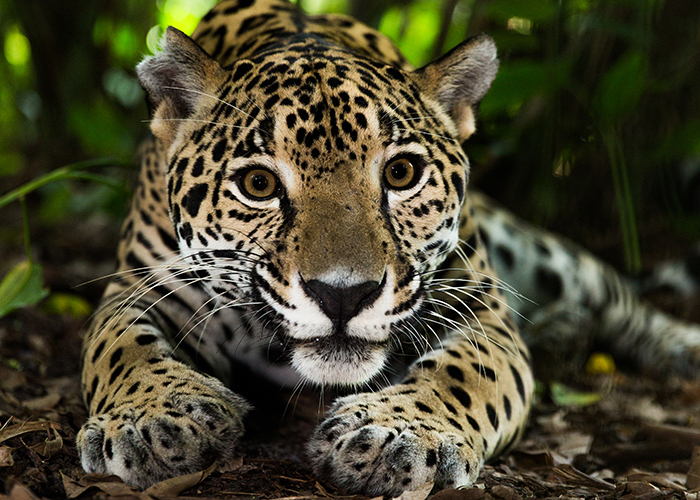 Costa Rica gets most of the attention when it comes to Central America’s wildlife, but Nicaragua’s dramatic landscapes and relatively low population density make it the perfect bucket-list safari destination. Picture smoldering volcanoes rising up from lowland tropical forests, sandy beaches where sea turtles lay their eggs, and numerous freshwater lakes—one that’s even home to freshwater-adapted sharks.

Just west of where the San Juan River pours into the body of Lake Nicaragua—Central America’s largest lake—is a wildlife refuge brimming with crocodiles, caimans, and iguanas. Sloths hang lazily from among tree canopies and jaguars wander nearby. Nicaraguan tours highlight it all, with trips ranging from multi-day birding adventures that include El Chocoyero Nature Reserve (known for its long-billed toucans and cliff-dwelling parakeets) to an immersive seven-day “Jungle Love” safari. 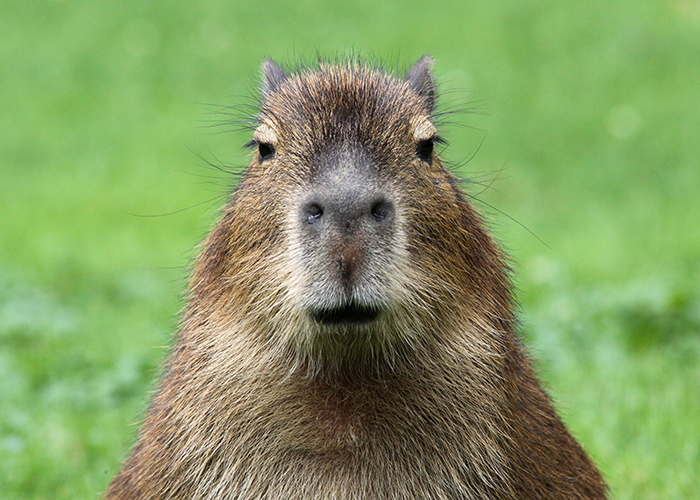 Unlike the dense, leafy woodlands of South America’s Amazon Rainforest, the Pantanal is a vast, open floodplain that overflows seasonally, transforming it into the planet’s largest freshwater wetland and attracting wildlife by the droves.

Another bonus: visibility for miles. This means endless opportunities for seeing some of South America’s most magnificent and varied creatures—think tapirs, giant anteaters, and the world’s largest rodent, the capybara (which can weigh up to 175 pounds) in action.

While the Pantanal extends into both Paraguay and Bolivia, there are more than 70,000 square miles in Brazil alone. The bulk of it is privately owned, though there are still plenty of areas for exploring. These include the 520-square mile Pantanal Matogrossense National Park—part of a larger UNESCO World Heritage Site that’s home to giant otters, cobalt blue hyacinth macaws, and what may be the Pantanal’s largest population of jaguar.

Pantanal tour operators host a bevy of wildlife experiences, including a six-day tour that pairs its “operation jaguar” with a safari in search of black howler monkeys, toco toucans, and—if you’re lucky—an anaconda or two.

How to Pack for an African Safari 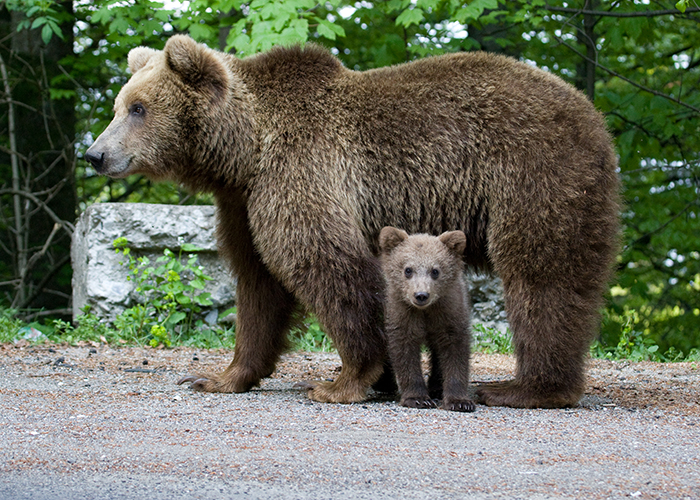 Europe isn’t the first place that comes to mind when you think “safari,” but the Carpathian Mountain Range is actually home to a great deal of wildlife, including grey wolves, Eurasian lynx, and the bulk of the continent’s brown bears.

The Carpathians are actually several distinct mountain groups that stretch 932 miles from the Czech Republic to Romania, and it’s the latter country where you’ll find the best safari opportunities, along with glacier lakes and spectacular limestone gorges. These mountains are also home to one of the largest undisturbed forests in Europe—long slopes of beech, fir, and spruce trees that support thriving populations of Carpathian chamois (a goat-antelope species) and wild boar.

Experience Bison, Bears, and the Beauty of Yellowstone National Park 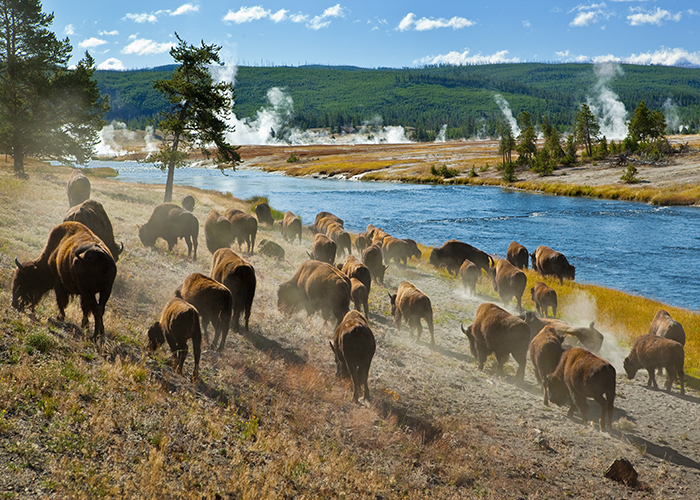 When Congress established Yellowstone as America’s first National Park in 1872, it was an idea that resonated the world over. Today this 3,500-square-mile public wilderness attracts more than 4 million visitors annually to its steep canyons, open meadows, and one of the country’s largest alpine lakes—not to mention its otherworldly geothermal features such as bubbling mud pots and clockwork geysers.

Of course, there’s also the wildlife: bison herds that literally stop traffic, mama grizzlies feeding on buffaloberries with their cubs, and elks whose autumn bugle calls can be heard for more than a mile. Neighboring Grand Tetons National Park is their extended home, which is why Yellowstone offers customizable wildlife-sighting trips into both parks.

Choose to concentrate entirely on the wolves of northern Yellowstone’s Lamar Valley, or embark on a multi-day photo safari through both parks, learning about the area’s natural history and ecology as you go.