Oktoberfest competes with fall foliage as one of the top activities for fall travel. The advantage with Oktoberfest? There’s no guessing about travel dates—festivities are fixed, typically beginning in late-September. And the best places for Oktoberfest have celebrations that run for an entire week or more.

Here’s are some of the longest major beer-and-pretzel blasts worth traveling for.

Where Fall Foliage Is Predicted to Peak Late in 2019 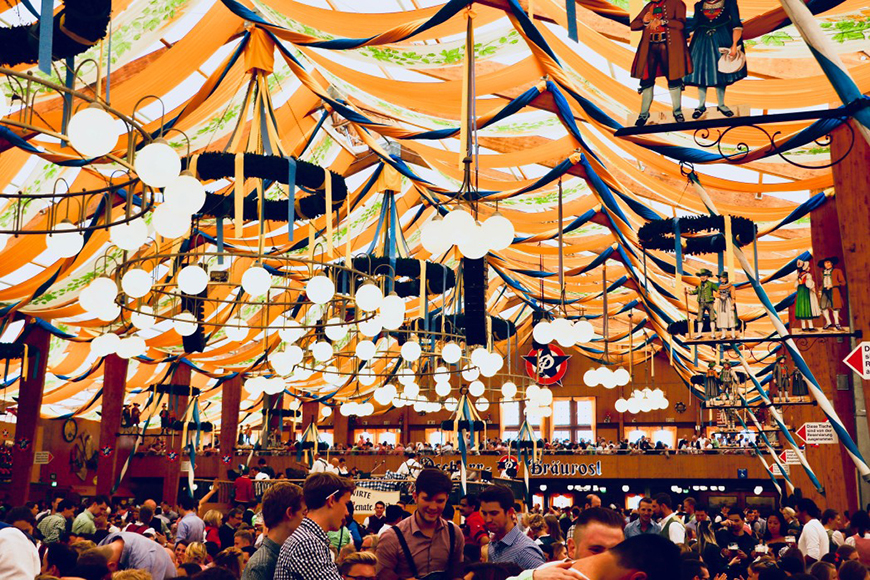 The original, of course, and still the king of all Oktoberfests, Munich’s biggest travel attraction runs from late September 21 through October 6. It remains the best place for Oktoberfest celebrations if only because it’s the biggest and longest-running—dating back to a wedding celebration in the 1800s—making it truly worth traveling for. The key festivities are held in festive public tents, which you have to reserve spots in well in advance. Planning for Oktoberfest is well over by late-summer, but the next year’s planning starts up again in winter.

Another reason to go: Direct air service to Munich from major U.S. airports improves every year, as Lufthansa has made Munich as a more modern alternative hub to Frankfurt. But don’t look for any hotel bargains; hoteliers know when Oktoberfest is coming and always adjust their minimum prices accordingly.

Where to Stay: Anywhere with available rooms! At the time of publishing, the conveniently located Holiday Inn in City Center still had rare availability.

Canada’s best place for Oktoberfest celebrations is one of a handful of others that last a week or more. Held in mid-October, the Kitchener-Waterloo Oktoberfest claims to be the world’s second-largest Oktoberfest, attracting about 700,000 annual visitors. That’s impressive, but only about 10 percent of the total visitors to Munich’s Oktoberfest sees. The Canadian equivalent also falls on Canada’s Thanksgiving Day, which is celebrated with a large parade.

Getting there is also easy. The Kitchener-Waterloo complex, in southwestern Ontario, is an easy drive from much of the Northeast U.S., and it’s a stop on VIA Rail’s Toronto-Windsor corridor served by Go Transit suburban service from Toronto. Hotels are less likely to be price gouged, with options for less than $100 (US) per night—and the strong U.S. dollar over Canadian dollars helps, too.

Where to Stay: At the official hotel of the festival, the Inn of Waterloo.

Check Prices for The Inn of Waterloo & Conference Centre in Waterloo, Canada

8 Beer Festivals Worth Traveling for That Aren’t Oktoberfest

Texas’ New Braunfels is one of the best places for Oktoberfest celebrations even despite the fact that the annual Wurstfest is actually in November; this year November 1 through 10. The town is a surprisingly appropriate place to spend Oktoberfest: German Prince Karl of Solms-Braunfels established the city in 1845 and encouraged Germans to emigrate there. Since then, the city has treasured its German heritage.

Where to Stay: Save on your room at the Homewood Suites by Hilton so you can splurge on some rare German suds.

Yes, oompah music can coexist with Brazilian samba and bossa nova, at least for two weeks out of the year. Blumenau’s Oktoberfest runs mid to late October and features a multitude of live music appearances. As the name suggests, Blumenau, too was settled by German immigrants, and the city clings to a German tradition in its architecture and culture. One of the best places for Oktoberfest celebrations, it’s of course now also aimed at a largely regional Brazilian and Argentine market.

For visitors from North America, Blumenau is halfway between Sao Paulo and Porto Allegre. Intrepid Oktoberfesters can fly to Blumenau through Navegantes Airport, about 35 miles away from Blumenau, via Sao Paulo or Rio.

Where to Stay: At the Slaviero Essential Blumenau, which sits in close proximity to great eateries and attractions.

Best Places for Oktoberfest Celebrations in the U.S.

Of course: You don’t have to cross the Atlantic, the Equator, or even your state boundary to get in on the Oktoberfest action. You can find weekend and one-day celebrations in just about every state and major city. Most Midwesterners count Cincinnati Oktoberfest among the best of the short celebrations, and Oktoberfest-finder Funtober lists at least one Oktoberfest in each of the 50 states—yes, even Alaska and Hawaii get in on the act. So you truly have no excuse to avoid the beer, pretzels, and the oompah—nor should you. Prosit (cheers)!