The most popular Canadian national parks, like Banff in Alberta and Saguenay-St. Lawrence in Quebec, see millions of visitors each year. But Canada has dozens of other national parks scattered across its vast expanse, and most of them protect scenery that’s every bit as spectacular as what you’ll find in the big-ticket parks.

Love hiking? Consider visiting the national park that’s home to most of Canada’s highest peaks. Passionate about animals? Head to the one where hundreds of polar bears give birth to their cubs each year. These and six others made the list of the best Canadian national parks you never knew you wanted to visit. 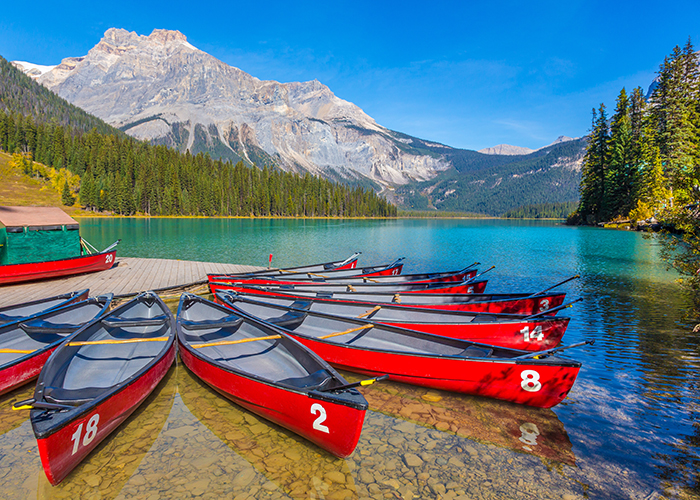 Smaller and lesser-known than nearby Jasper and Banff, Yoho boasts scenery that’s just as impressive—like thundering waterfalls, turquoise glacier lakes, and craggy mountain peaks. And Yoho only sees a fraction of the visitors that crowd those larger parks each year.

Don’t miss the walk around Emerald Lake, which rivals Banff’s Lake Louise for Instagram-worthy views. Science lovers should also take a guided hike to the Burgess Shale fossil beds, which offer some of the world’s most significant marine fossils. 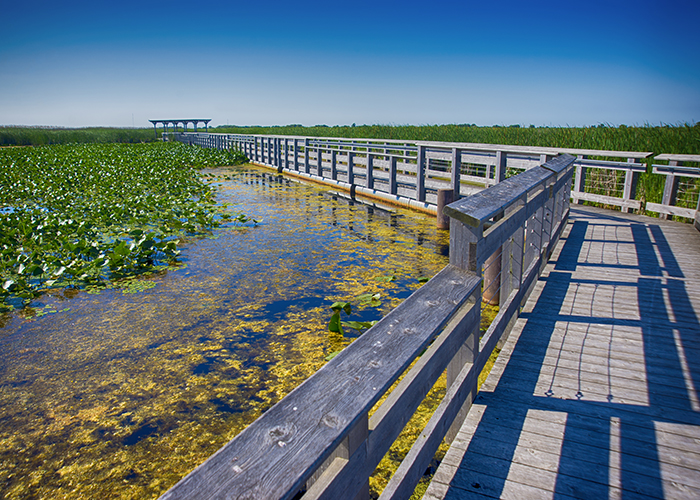 Calling all bird-watchers: Hundreds of feathered species live in or migrate through this Ontario park, which has been nicknamed the Warbler Capital of Canada. Visit during the spring Festival of Birds for special workshops and birding hikes throughout the park.

Not into birds? You can still enjoy Point Pelee by canoeing through freshwater marshes, swimming on sandy beaches, traversing the floating boardwalks, or looking for monarch butterflies, which migrate through the park in spring and fall. 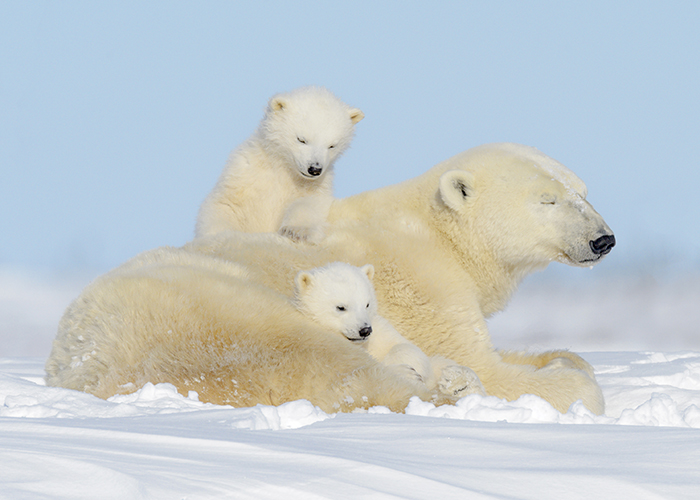 Of all the Canadian national parks, this one might have the most unique draw: polar bears. Wapusk National Park protects one of the planet’s biggest polar bear maternity denning areas, which means that visitors to the park can often see mother bears with their cubs. For safety—and because there are no roads into the park—you must visit Wapusk with a licensed tour operator.

If you do visit, keep an eye out for other wildlife like Arctic foxes, caribou, and wolves. Come in the colder months, when the nights are long, and you might also see the northern lights. Consider an aerial tour in a helicopter for a jaw-dropping view of the tundra below. 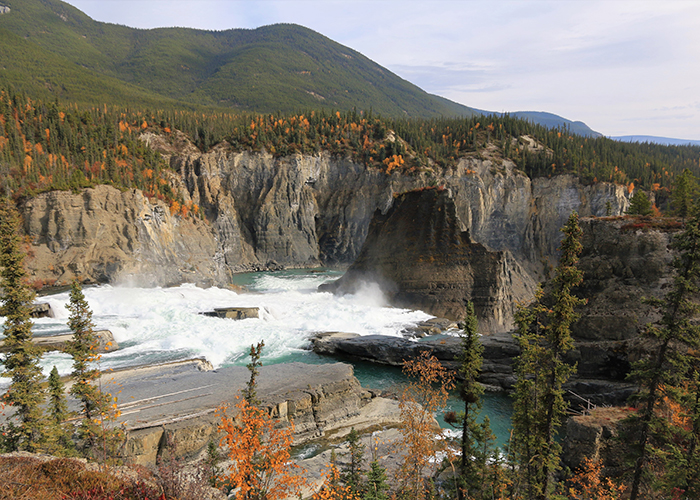 You know a park is perfect for adventurers when it’s home to spots with names like “Vampire Peaks,” “Hell’s Gate,” and “the Cirque of the Unclimbables.” With its jagged mountains and deep canyons, Nahanni National Park Reserve is a paradise for climbers, backcountry hikers, and whitewater rafters up for a challenge. You can only access the park via floatplane or by hiking in, which is one reason the park saw fewer than 1,100 visitors last year. You’ll have this incredible wilderness nearly to yourself.

Don’t miss a stop at Virginia Falls, which is higher than Niagara. You can also meet members of the Naha Dehe Dene Band, a First Nations population that has occupied this land for thousands of years, on a community tour. 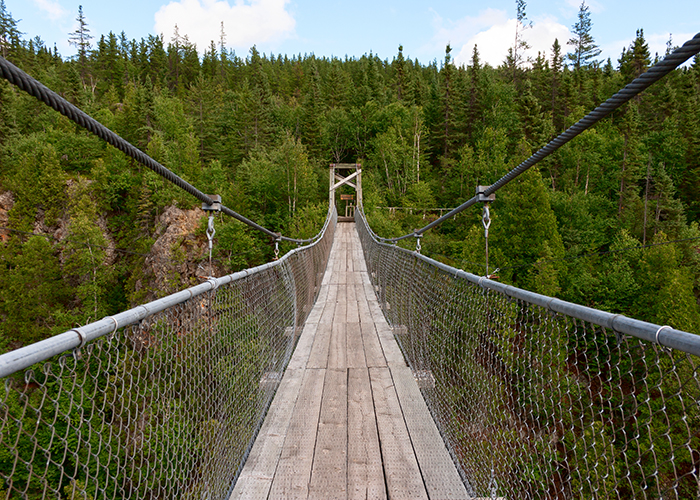 Serene and refreshingly uncrowded, Aiguebelle National Park encompasses some 80 lakes and more than 100,000 square miles of pristine boreal forest in the Abitibi-Temiscamingue region of Quebec. Visitors can paddle canoes on La Haie and Sault Lakes, which run along a geological fault line, or hike high above La Haie Lake via a suspension bridge. In the winter, crunch through the snow on cross-country skis or snowshoes, keeping an eye out for grouse, moose, and other local wildlife.

Although Aiguebelle is called a national park, it’s managed by the Societe des Etablissements de Plein Air du Quebec (SEPAQ), a governmental agency in Quebec—not by Parks Canada. This means that Parks Canada passes, which get you into most national parks in Canada, aren’t valid at Aiguebelle and most other Quebec parks. 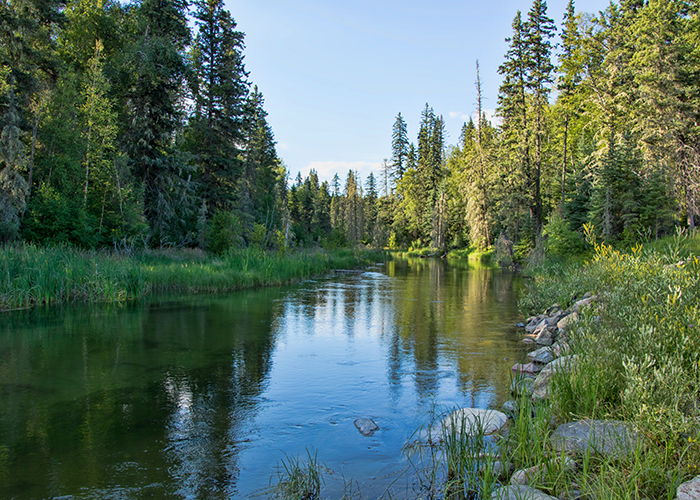 At Prince Albert National Park you can bring the family to one of 10 lakefront beaches, hike grassland or boreal forest, or take a scenic drive along the shores of Waskesiu Lake. Keep an eye out for elk, bears, and the park’s herd of plains bison, usually visible from the Valleyview Trail Network.

Hardy types can visit during the long winter season (in this part of Canada, snow can fall as early as October and as late as May). Snowshoeing, cross-country skiing, ice fishing, and ice skating are among the most popular winter activities. 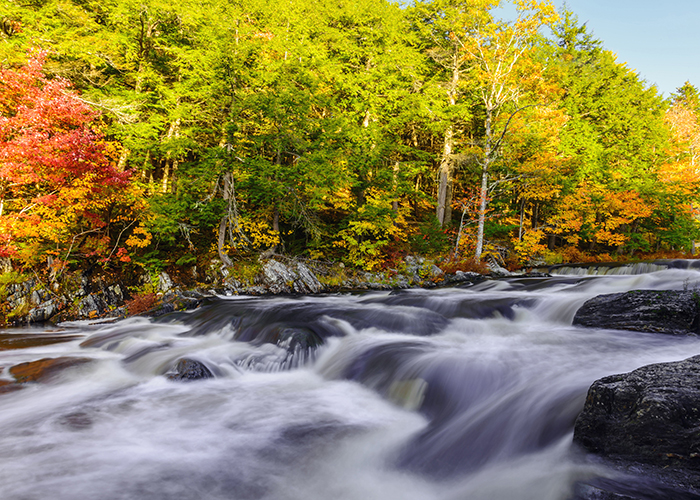 Kejimkujik has something to offer both nature lovers and travelers who want to experience local culture. Between hiking along wooded trails, visiting butterfly gardens, and wandering white-sand beaches, visitors can check out petroglyphs left by the Mi’kmaq people, who have lived in this region for some 10,000 years. You can even rent a canoe and paddle along the same waterways used by the Mi’kmaq.

As a dedicated Dark Sky Reserve, Kejimkujik is also a perfect place for stargazing.

The Best Places to Stargaze: 8 Dark-Sky Reserves and Sanctuaries 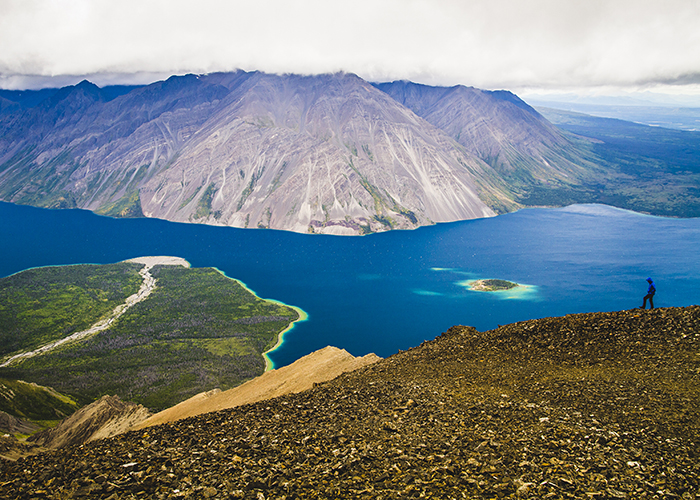 For a high-altitude adventure, head to Kluane National Park and Reserve, which encompasses 17 of Canada’s 20 highest mountains. The park is located near the Alaska border. The most popular activity in the park is hiking, and trails range from easy—such as a 0.6-mile loop to the opening site of the Alaska Highway—to the very difficult Donjek Route, an 8- to 10-day trek that cuts through stunning alpine scenery to the toe of Donjek Glacier.

One of the best ways to appreciate Kluane’s rugged landscapes is from the air. “Flightseeing” tours are available, on which you can even land in the middle of the icefields to camp out for the night.