For a city that never sleeps, NYC sure does have its share of hotels (400+, for the record). Here, we take the legwork out of your big city hotel search and round up our all-time faves. 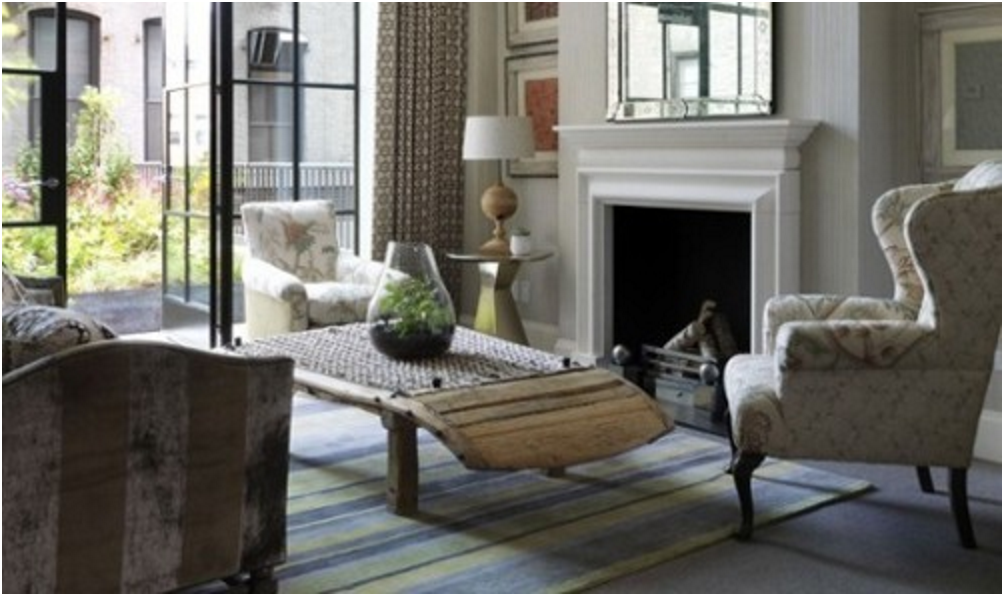 Not all Manhattan hotels deal in flash, glitz and over-the-top glamour. Take, for instance, the Crosby Street Hotel—a quiet Kit Kemp-designed stay with warm, can-do service, old school amenities (think: afternoon tea and screenings of classic films) and community-centered initiatives including a rooftop fruit and vegetable patch. Plus, with an unbeatable location in the heart of SoHo, guests are walking distance from some of New York’s best shops, restaurants and galleries. Curl up with a great read in the hotel’s drawing room—all casual elegance with patchwork sofas, wooden antiques and a wood burning fireplace. Then, tuck into spiced sumac-rubbed hangar steak and lemon poppy-flavored chèvre cheesecake at the eclectic Crosby Bar & Terrace. 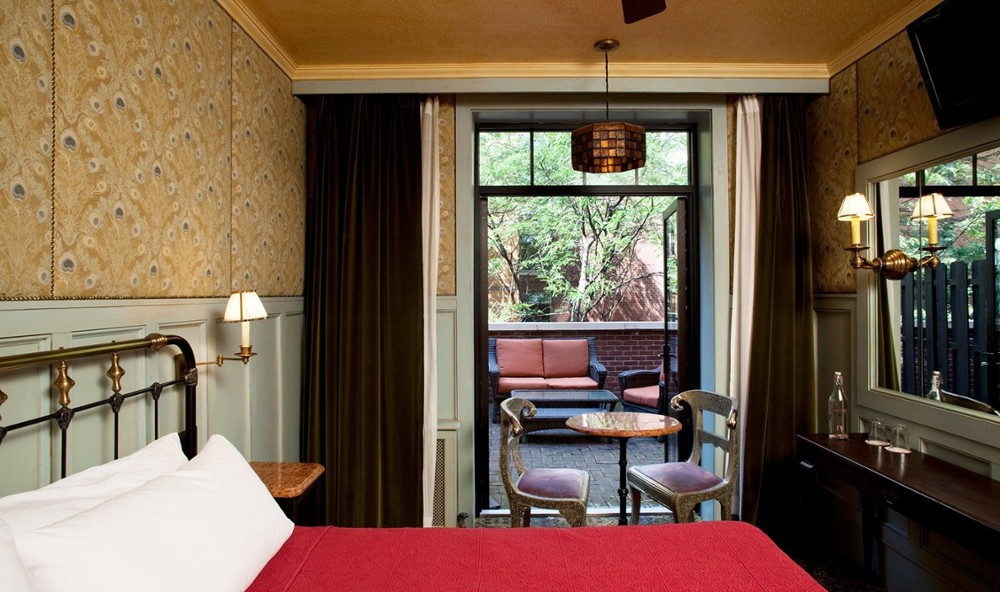 Rooms at the Jane are small—as in, 50 square feet small. But what the accommodations lack in size, they more than make up for in history, style and affordability. Once the temporary lodging for surviving crew members of The Titanic, the pod-sized interiors lean towards the nautical: wood-paneled walls, old-fashioned lighting (operated by a large copper key!), pre-weathered armchairs and threadbare carpets. But the major draw at this hip West Village pad? Late-night dance parties at the perennially-packed Jane Ballroom, where a fashion crowd dances atop leather chesterfields and zebra ottomans. 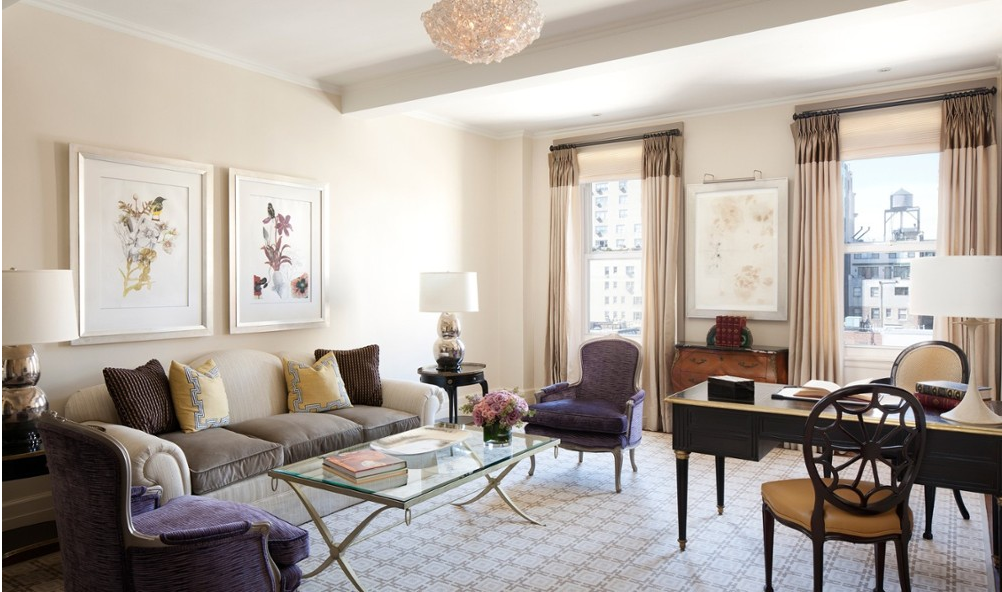 A masterpiece of Art Deco architecture, The Carlyle has been a magnet for celebrities and high-society since 1930. Notable guests include Princess Diana, Michael Jackson and even Jack Kennedy and Marilyn Monroe—no surprise, given The Carlyle’s reputation as one of Manhattan’s swankiest (not to mention discrete) hotels. The lobby channels the glamour of a bygone era, with sparking black-and-white marble floors, gilded oversized mirrors and original Audubon prints and Piranese and Kips artwork. And upstairs, luxurious in-room amenities like grand pianos, terraces, walk-in closets and vases with fresh orchids give one the impression of being in an Upper East Side pied-a-terre. At day’s end, do dinner and a show at the hotel’s supper club/cabaret theatre, Café Carlyle, or a late-night cocktail at the glamorous, low-lit Bemeleman’s Bar. 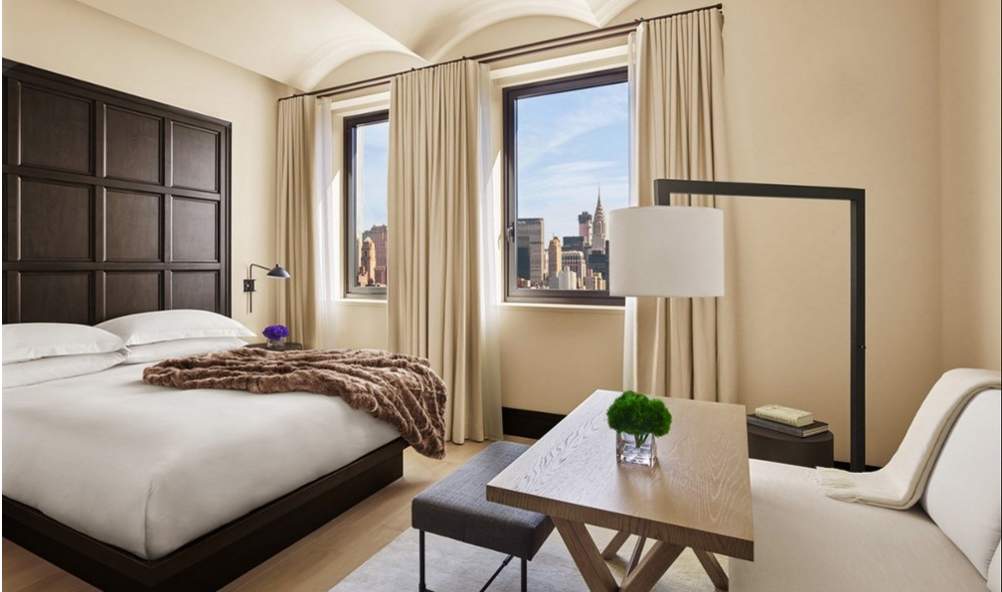 From 1909 to 1913, the Metropolitan Life Insurance Company Tower was the tallest building in the world. Fast forward to 2016, and the iconic building (which stands at the corner of East 23rd and Madison Square) is still making headlines, albeit for different reasons. After being renovated from spire to clock, the building is now home to The New York EDITION—hotelier Ian Schrager and partner Marriott’s latest collab. Blending the Old World warmth of Manhattan’s Gilded Age mansions with Schrager’s signature minimalist style, the vibe is sophisticated and sleek but never pretentious. Don’t leave without sampling British chef Jason Atherton’s creations (think: 36-hour Berkshire pork belly and Scottish langoustine) at The Clocktower, the second-floor dining room that peers out over Madison Square Park.

43 Things to Do for Free in New York 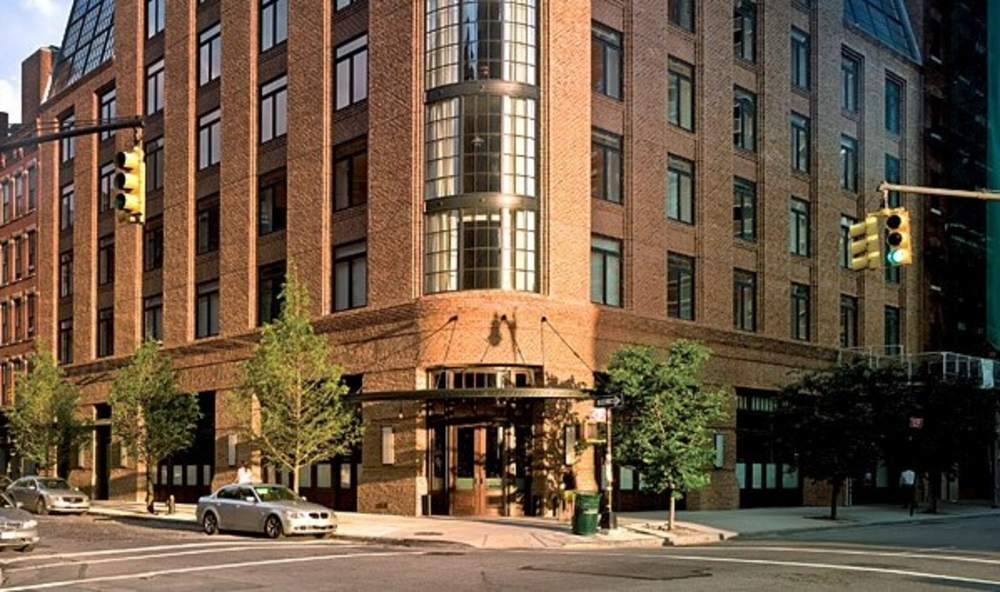 There’s always been a small subset of New Yorkers who deem it “uncool” to travel above 14th street. Well, lay your head at the Robert DeNiro-owned Greenwich Hotel in Tribeca and you’ll understand why. From its celeb following to its hotspot restaurant and stellar amenities (think: free snacks, Red Flower toiletries and a subterranean spa, pool and gym), the A-list favorite really has it all. Grab a drink and a small bite in the private lounge, which is kept cozy with mismatched sofas, stacks of art books and a roaring fire, or make use of the hotel’s tranquil courtyard garden (open throughout the summer). All 88 guestrooms feature furnishings picked up from around the world, including Tibetan silk rugs, English leather sofas, Carrara marble, hand-crafted Moroccan tiles and sumptuous Duxiana beds from Sweden. 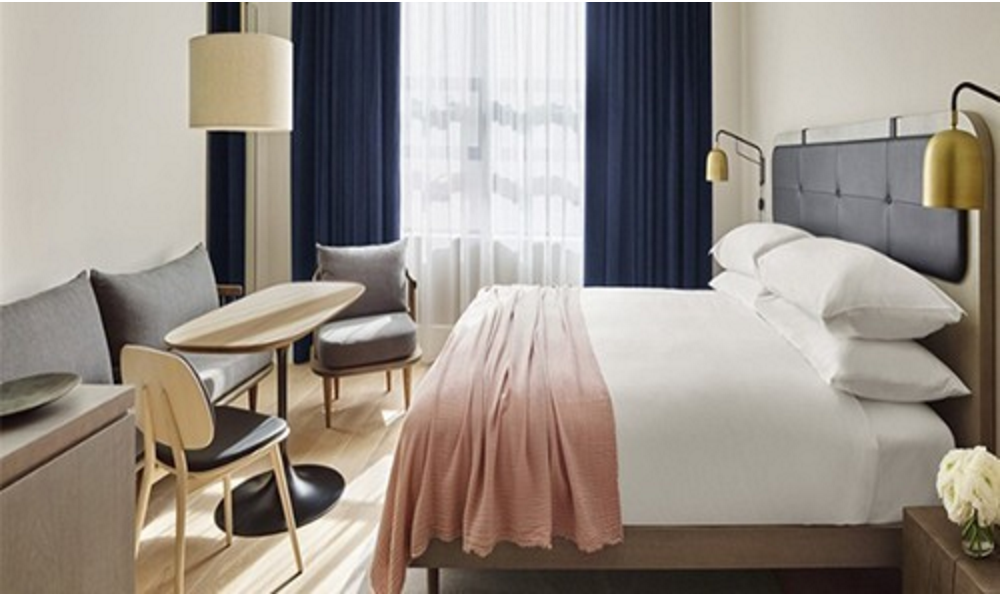 Just when you thought SoHo couldn’t get any cooler, real-estate tycoon Aby Rosen unveils the swanky new 11 Howard—a month-old residential-style hotel that has already achieved “It” spot status. Designed by Danish studio Space Copenhagen, the fashion-forward interiors have served as the backdrop to many an A-list party (with the likes of Cuba Gooding Jr., Martha Hunt and Philip Lim as guests). Upstairs, guestrooms have a clean-lined, subdued look, and feature soaring 11-foot ceilings, brass fixtures, natural bamboo area rugs and oversized windows (some even look out to Rihanna’s penthouse next-door). The on-site restaurant isn’t slated to open until summer 2016, but if it’s anywhere as popular as the hotel bar, The Blond, you’d best secure your resos now.

The Hot New Hotel You Need to Know About 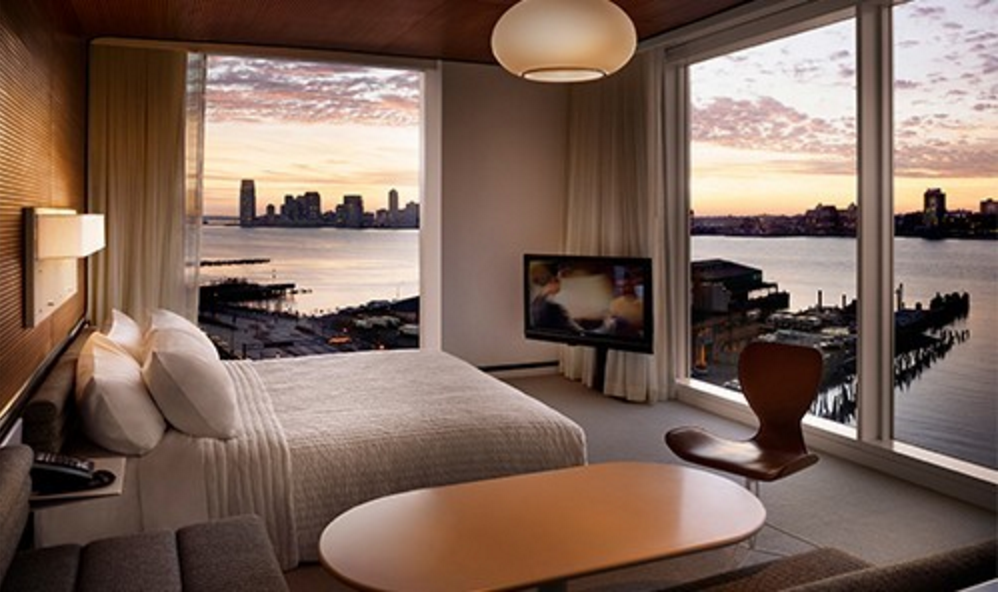 A perennial winner in our Jetsetter Best of the Best Awards, The Standard High Line may have opened in 2009 but it still feels like the hottest hotel in Manhattan. There’s the unmatched nightlife: a bustling ground-floor beer garden perfect for after-work drinks; the indoor/outdoor Le Bain, where there’s a plunge pool and 360-degree views of the city; and the Top of the Standard (or Boom Boom Room, as it’s better known)—a glittering bar known as one of the toughest doors in NYC. The hotel’s notorious modernist glass façade (which puts the pretty people both inside and out on display) has also helped to establish the hotel’s reputation as a place to, er, stay up into the wee hours of the morning. 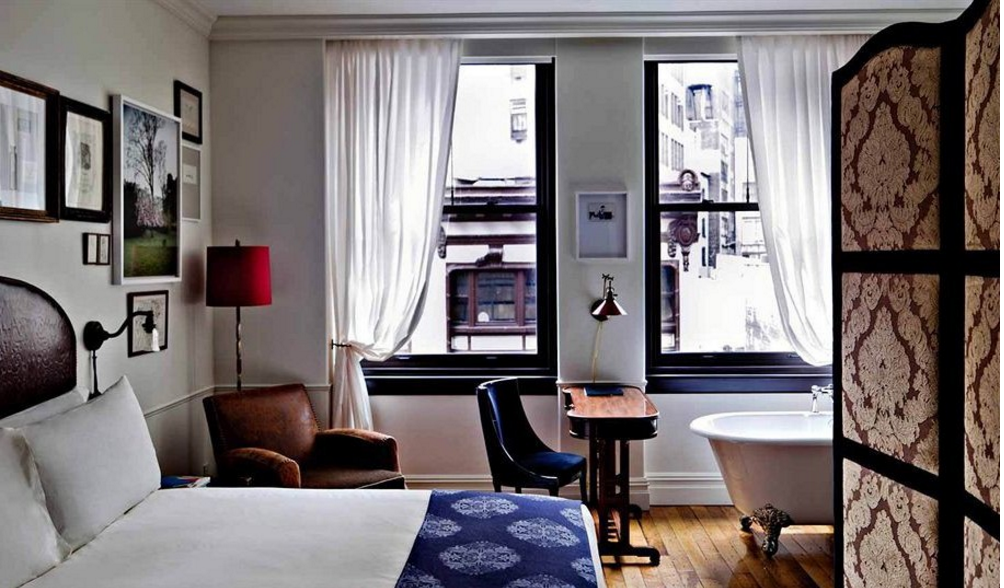 Walk through the doors of this gorgeous Beaux-Arts hotel, and you won’t be able to help but gush over its French-inspired Jacques Garcia interiors. Velvet drapes, tasseled sconces and ornate crown moldings line the sexy labyrinth-like hallways, which invariably lead towards the hotel’s eponymous restaurant—a buzzy space inspired by European garden restaurants and helmed by the hotel’s Michelin-starred chef. Take a seat and order the whole roasted chicken with foie gras, black truffle and brioche, then make your way to the adjoining 24-foot mahogany bar, where award-winning mixologist Leo Robitschek holds court with such drinks as the Mother’s Little Helper (a concoction of gin, sherry, triple sec and elderflower liqueur). Guestrooms feel like little apartments, with maple floors, antique Heriz rugs, black-and-white French photographs, and, our favorite amenity of them all: a freestanding clawfoot tub. 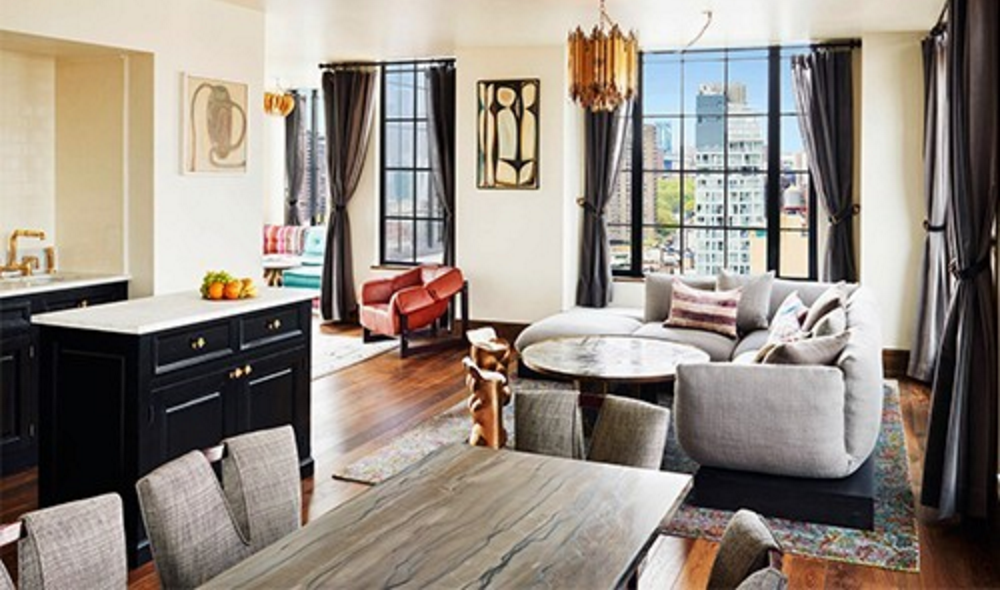 The Lower East Side is one of Manhattan’s premiere dining and nightlife destinations. The hotel that will put you at the center of it all? The Ludlow, a retro-inspired party pad from famed hotelier Sean MacPherson. A favorite among the hip twentysomething crowd, the hotel sports a sultry look best captured in details like the mosaic-floored lobby, red leather couches, brushed gold chandeliers and shearling-topped velvet armchairs. The ground-floor restaurant and adjoining bar, Dirty French, serves up French fare with Cajun and Moroccan touches and is one of the hardest to book in the city. Jetsetter tip: Capitalize on the prime downtown views by booking the 365-square-foot Skybox guestroom, which boasts a separate seating area and nearly floor-to-ceiling views.

This article was originally published by Jetsetter under the headline 9 Hotels to Book for Your Next New York Getaway. It is reprinted here with permission.