Some places are known for their beaches — the Caribbean, California, Croatia — while others remain hidden, just waiting to be discovered. Chelsea Bengier goes on a hunt for the world’s most unexpected strips of sand. 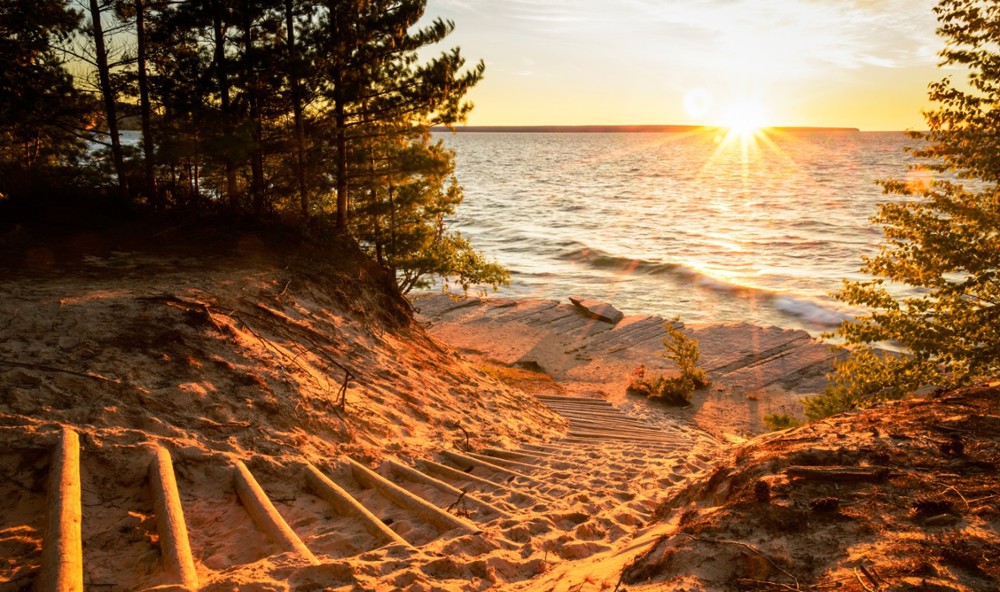 St. Joseph, Muskegon, Grand Haven. Come summer, locals crowd these lakefront towns in the state’s southwestern corner, but the northern tip is still relatively undiscovered. Along the Michigan and Canada border is Pictured Rocks National Lakeshore, which has colorful sandstone cliffs, scenic waterfalls and large dunes. Our advice? Pack the hiking boots with the bathing suits. And when hunger strikes, head to Falling Rock, a charming bookstore and cafe that serves smoothies and sandwiches. 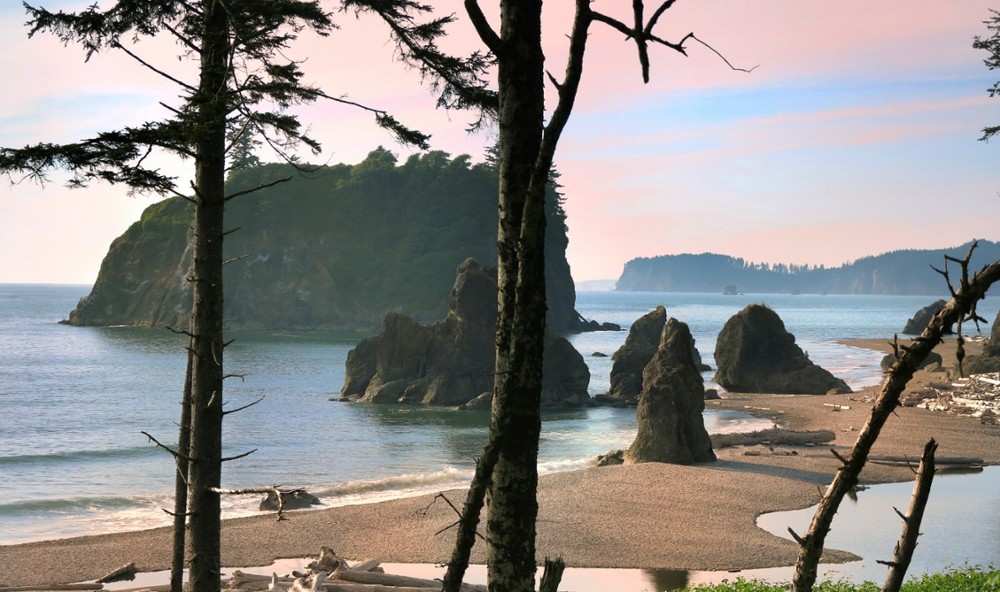 The shores of Washington may be lesser known than California’s, but they are equally impressive. Home to the nation’s only temperate rainforest, Olympic National Park is also the setting of Ruby Beach: a rocky, driftwood-laden alcove where seals often lounge about. Go in time for sunset when the landscape turns a pink hue. (There’s a reason it’s called Ruby Beach, people!) If you prefer your sand a little less wildlife-y, check out the 28-mile Long Beach. Grab a sloppy hoagie to go (the Big Kahuna with steak, grilled onions, bell peppers, mushrooms and swiss cheese is a must) at the roadside Surfer Sands sandwich shack and eat it on the boardwalk while you watch dozens of kites flying overhead. 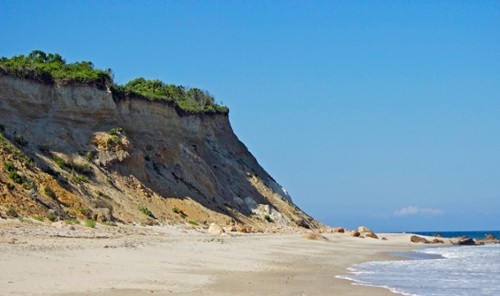 Nearly equidistant from New York and Boston, Block Island, just off Rhode Island, is notably less sceney than Nantucket or the Vineyard — and therein lies the appeal. The 17 miles of powdery sand are all free — including parking. Skip town beach and head to the quieter Mansion Beach on the northern part of the island, where calm waves and pristine powder make it the perfect stretch for families. Once you’ve had enough sun, make your way to the Oar restaurant to watch the sunset while sipping rum punches and mudslides. As for where to stay, the island has no shortage of cute inns and B&Bs. But don’t expect flatscreen TVs and 1000-thread-count sheets; the Block, as locals call it, is heavy on Victorian-style décor and old-school diversions (croquet, anyone?) – and that’s just why we love it. 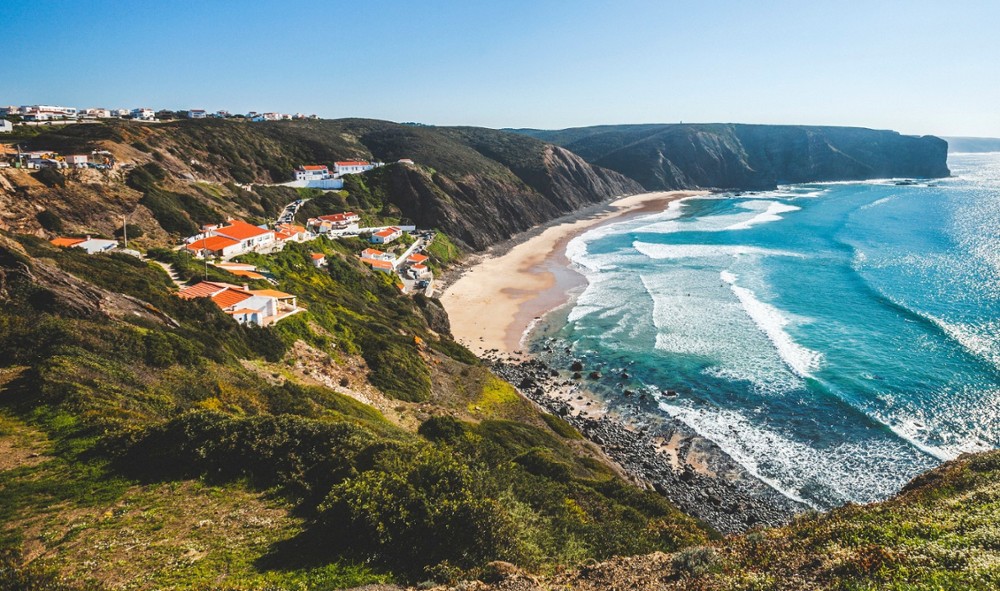 The beaches of Portugal are long and varied. Rugged rocky bluffs border Praia de Adraga, a 45-minute trip from Lisbon, while Comporta is a chic resort town reminiscent of the Hamptons. If that’s not up to your speed, head three hours south to Salema, a quiet fishing village tucked into a cliffside along the Algarve Coast. Here, it’s all about the whitewashed houses, local markets and seductive, drowsy rhythm. 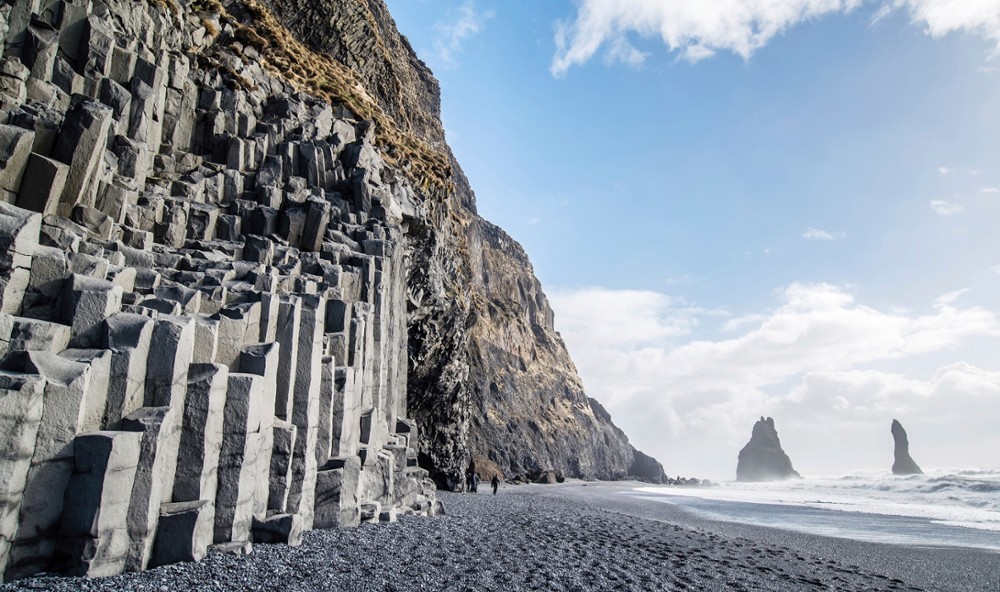 You don’t think of Iceland as a particularly beach-y destination, but with temperatures in the mid-70s, it’s an ideal summer getaway. Test the waters with a dip at Nautholsvik Geothermal beach, then visit the volcanic black-sand fjara, Reynisfjara, which has striking basalt caves. Just don’t fall asleep tanning — in June, it’s light out 24/7, meaning you’ll wake up with the worst sunburn ever. 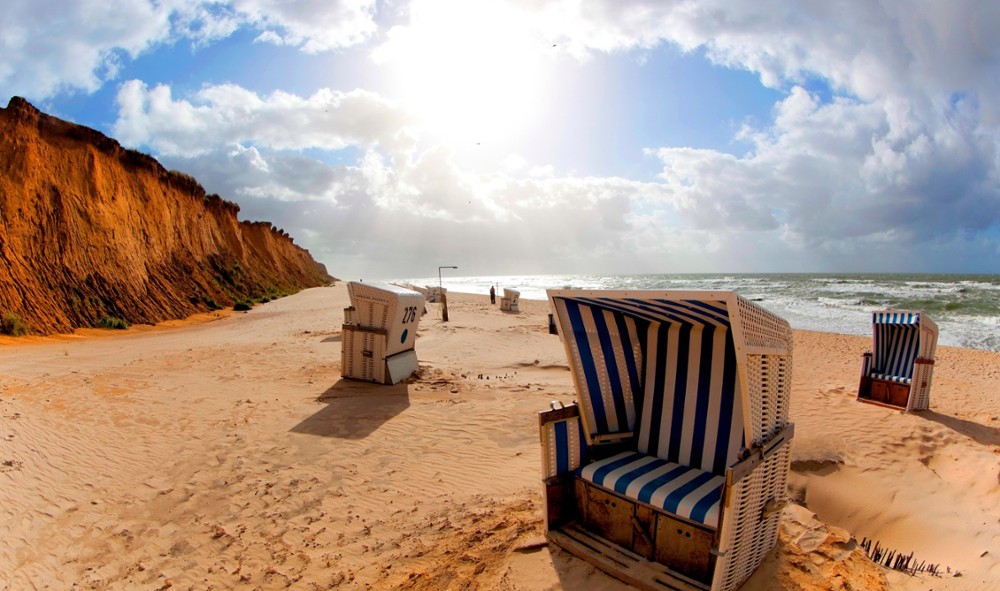 The land of beer, brats and schnitzel is also a well-hidden beach escape among in-the-know Europeans. Bordering northern Germany are the postcard-perfect islands of Sylt and Rugen. On Sylt, Kampen beach has striking red cliffs and the white sand Westerland is dotted with striped strandkorb (basket-like beach lounges). Rugen, an isle in the Baltic Sea, is known for its lighthouses, seaside resorts — our favorite is Seebruecke Sellin — and family-friendly nude beaches (yes, you read that right.)

6 Most Affordable Cities in Europe 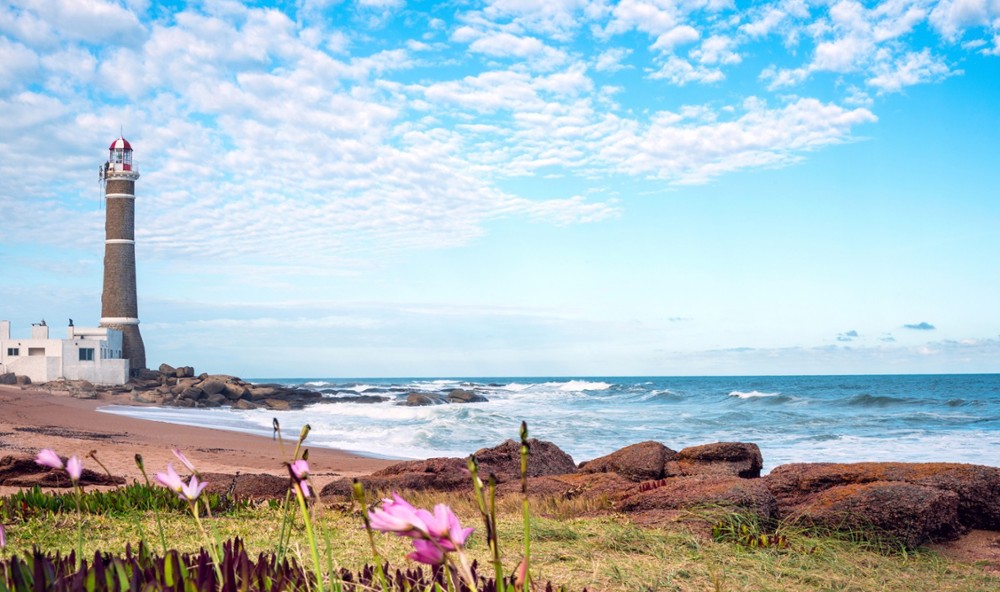 Brazil wins the award for the best bronzed bodies, but its southern neighbor’s remote banks are not to be missed. The beach towns of Punta del Este and Jose Ignacio are the go-to spots for high-end resorts and insider cachet, but we prefer La Pedrera’s rural villages and more than 100 miles of Atlantic coastline. Don’t miss the Playa del Barco, Playa del Desplayado and Punta Rubia. 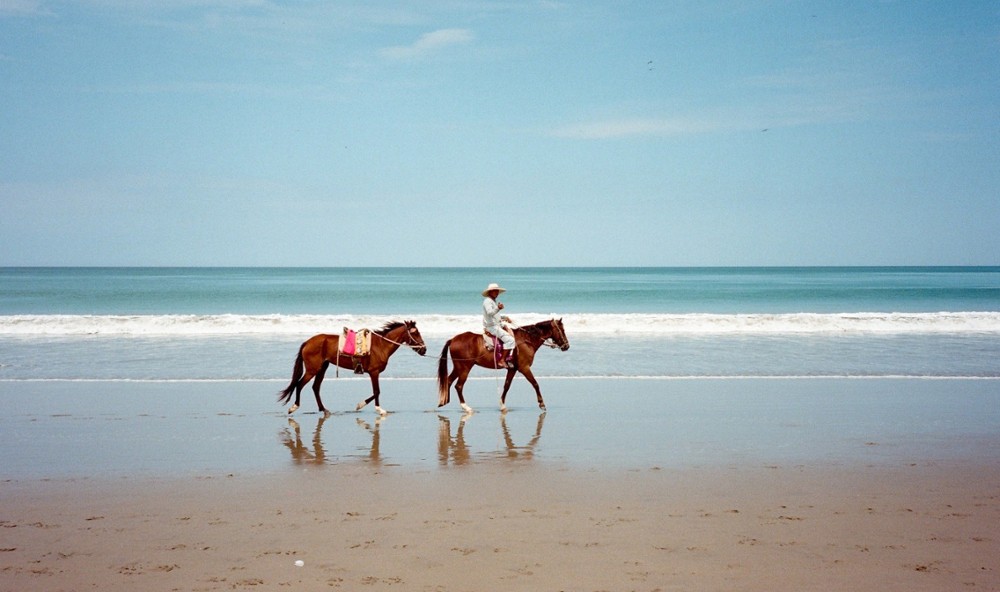 There’s more to Peru than eating your way through Lima and hiking Machu Picchu. Along the country’s northwestern coast, you’ll find some spectacular beaches. Start at Punta Sal, where Peruvian families go for its calm sea and long stretch of sand. Then, head south to Mancora for its energetic waterfront bars, restaurants and shops, before bedding down at one of the stylish hotels along the palm-tree-lined beach at Los Pocitas.

7 Epic Walking Trails Around the World 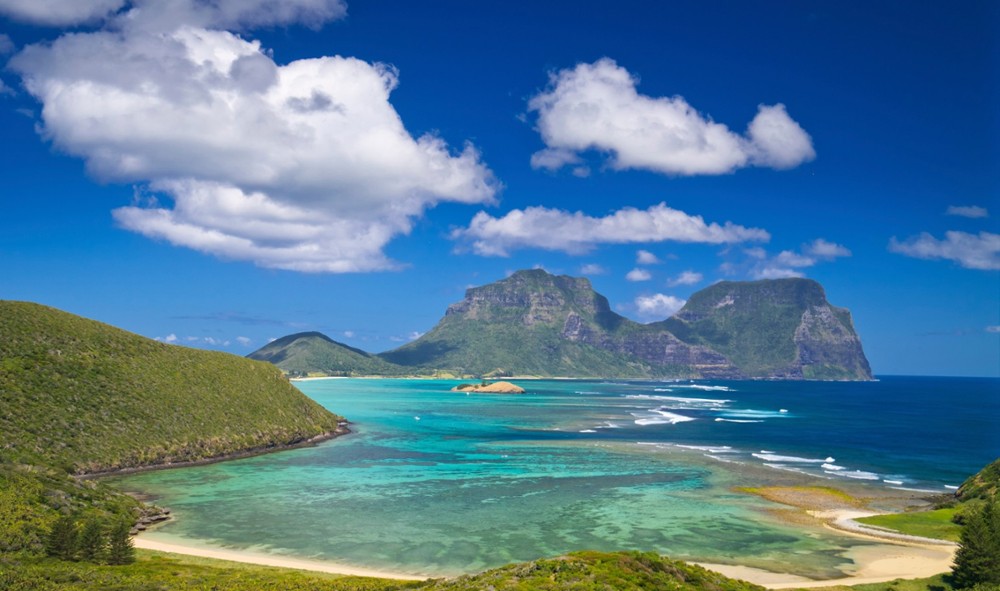 If you’re looking to truly unplug, this tiny Pacific Ocean island between Australia and New Zealand is the answer. Just a two-hour flight from Sydney, it’s a close-kept secret among Australians who come to snorkel the coral lagoons and explore the volcanic mountains. At Ned’s Beach you can hand feed kingfish (a Lord Howe specialty) or watch turtles lazing in the sand at Old Settlement Beach.

With six beaches and a supremely laid back vibe, it’s no wonder Busan, the country’s second largest city, is called the summer capital of Korea. Hit up Haeundae to explore the kitschy, carnival-like boardwalk and its live seafood stalls. Or, for a quieter, less crowded escape, the smaller Gwangalli beach has outdoor cafes and restaurants with direct views of the Grand Gwangan Bridge. Do as the locals and tuck into a plate of hoe (Korean sashimi) with a swig of soju for a lunch (and sun) break. 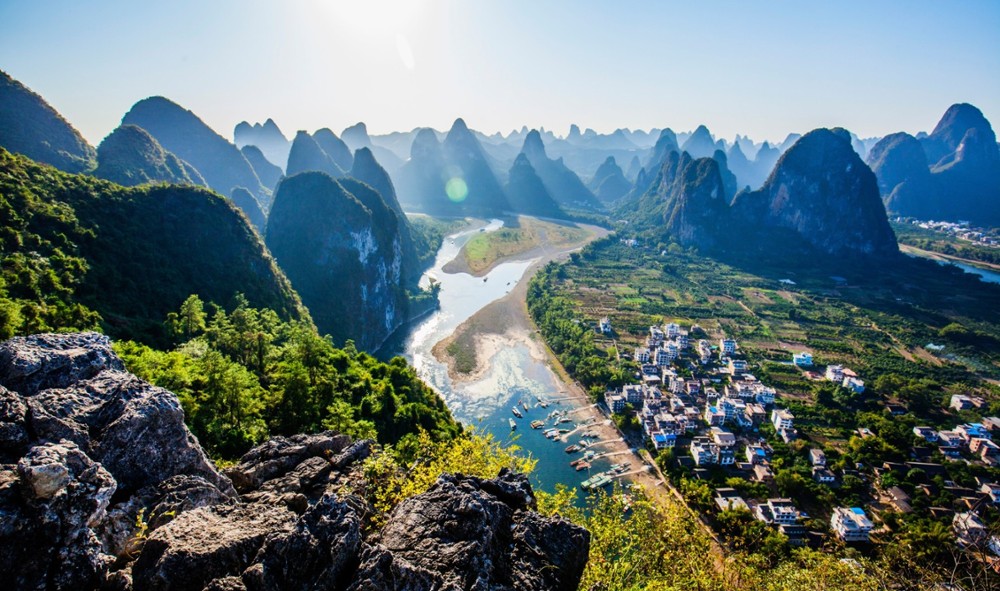 China may be better known for its electrifying cities, but its oceanfront could match that of Indonesia or St. Lucia. On Hainan Island (a quick flight south from Hong Kong), the four-mile Yaolong Bay has a crescent beach and crystalline waters teeming with tropical fish. Or, there’s Beidaihe just east of Beijing, and the gorgeous Mount Putuo, south of Shanghai.

This article was originally published by Jetsetter under the headline 11 Unexpected Beach Destinations. It is reprinted here with permission.