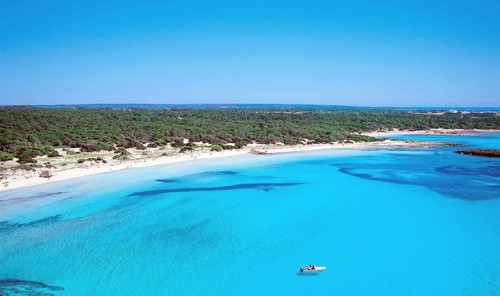 With the mercury tipping 100 degrees Fahrenheit in the summer months, it’s not surprising that people flock from far and wide to top up their tans on the Balearic island of Mallorca. Our tip is to head far from the madding crowd to the blissed out beach of Es Trenc. You can’t drive to it, which makes it tricky to get to, but it’s completely worth the journey. The natural coastline is protected from development and its two miles of white sands slope down to the water. Picnicker’s seeking shade should head for the pine forests, where smugglers used to hide out in pits between the trees. 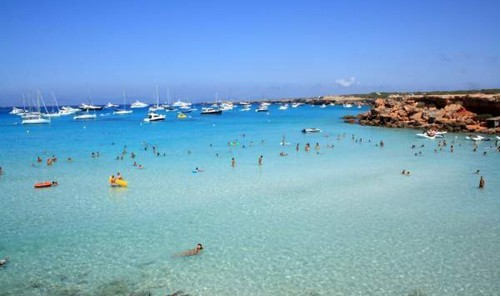 Another Balearic beauty in the warm waters of the western Mediterranean is the idyllic isle of Formentara. Little sister to the party island of Ibiza, and one-time hangout of Pink Floyd and Bob Dylan, Formentera is the perfect chill out spot for those on the hippy trail looking for some R&R. Check out the horse-shaped red rocky bay of Cala Saona; the snorkeler’s haven, Playa Mijourn; or the teeny north eastern bay of Tramontana. And if beach life is getting a little too Robinson Crusoe for your liking then you can always hop back on a boat to the white isle (there are more than 12 half-hour crossings per day in the summer) to party from dusk til dawn. 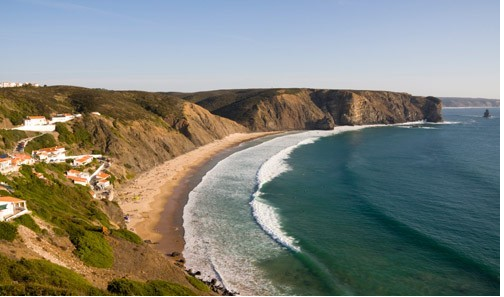 Over the years the battering waves of the Atlantic have worn deep secluded coves into the honey-hued cliffs of Portugal‘s Algarve region and created some of the most beautiful beaches in Europe. Arrifana is relatively small at just half a mile long, and is a surfer’s paradise. Head to the northern end of the bay with your board to pick up some of the long waves, (that reach up to six feet) which, combined with shallow barrels, makes it a world-class surf spot. Not active? Don’t worry; there are whitewashed Moorish ruins to discover and little restaurants dishing up delicious fresh-off-the-boat seafood. 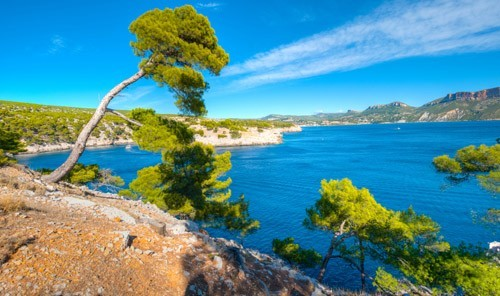 Celebs are always papped lounging around some superyacht or other in the French Riviera, (usually one that’s just docked off the Plage du Martinez in Cannes), but if you’re looking to ditch the glitz and glamour, we’d recommend the lesser-traversed Calanques. The 10-mile stretch of coastline between Cassis and Marseille is utterly beautiful. The steep-walled inlets or coves are cut from limestone and scored with deep valleys that are teeming with wildlife, from peregrine falcons to wild boar and over 900 types of plants. For the most secluded stretch, lapped by azure waters, head to the Blue Coast just west of Marseille. Bliss. We couldn’t plump for just one hidden beach near Athens, so we’ve gone for a stretch of coastline, where you’ll find any number of secret spots to soak up the beating Grecian rays. Take the hour’s drive from Vouliagmeni to Sounio (making sure to stop off along the way at Temple of Poseidon Sounion) and hit the secluded Thymari Beach. Build up an appetite swimming in the perfectly calm waters, then duck into one of the local tavernas dotted along the seafront to refuel. 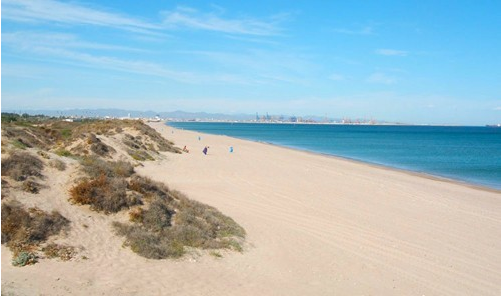 El Saler, with its three miles of fine sandy dunes is located in Valencia‘s Albufera National Park. The sheltered bays are hidden from the western winds, perfect for topping up golden tans, while out to sea, windsurfers can make the most of the stronger Garbi winds. Active types can take the eight-mile cycle ride from Valencia to El Saler and cool down by Albefura Lake, a freshwater lagoon that’s separated from the sea by dunes and Mediterranean pine trees.

Why Europe Should Be Your Next Vacay 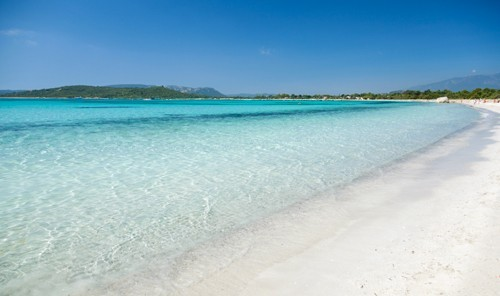 With a mile of soft white sands, lapping waves and a backdrop of rugged mountains, Pinarello Beach in Corsica is the sort of place you’ll never want to leave. Its warm shallow turquoise waters sweep in from the gulf of Pinarello, fragrant clusters of pine trees give off the most delicious scent and you can pad bare foot over the boardwalks across secluded lagoons. Take your pick from one of the six restaurants to the north of the beach, or from the scattering of rustic beach bars. 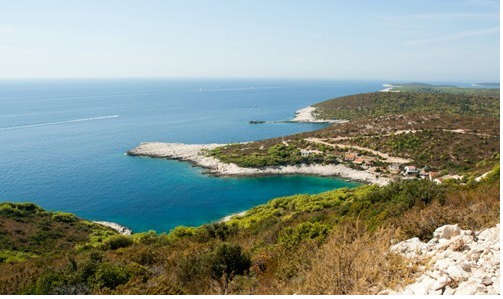 Declared a military zone in 1944 due to its isolation from Croatia‘s mainland, Vis Island only opened up to visitors in 1989. Its clean, clear beaches make it a haven for sun seekers who hop on speedboats from either Split or Pescara in Italy. On the south side of the island there’s the pristine yet bijoux Stiniva Cove, which has been created by a collapsed cave ceiling. While the northeastern side is home to the beautifully secluded Stoncica beach with its verdant Mediterranean vegetation and emerald waters, home to loggerhead turtles and bottlenose dolphins.

6 Most Affordable Cities in Europe 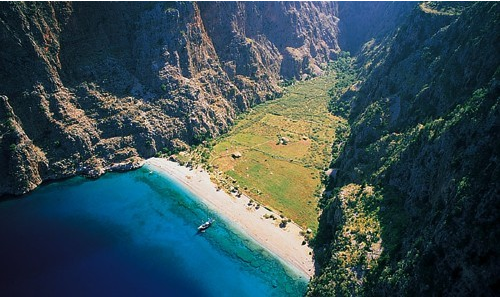 Reached only by taxi boat or by walking the (extremely sheer and rocky) Lycian Way Trail, Butterfly Valley is a hidden gem of a beach and one of Turkey‘s best-kept secrets. Its namesake comes from the rare species of more than 60 different types of butterfly that were, up until fairly recently, the valley’s only inhabitants. The steep sided valley is filled with rich flora and fauna and lush vegetation that shelters the white-pebble coves; from here you can take a dip in the azure ocean and splash around in two small waterfalls. 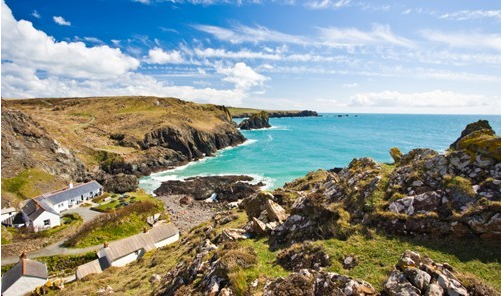 You’d be hard pressed to believe that you can find a little slice of the Caribbean on the British Isles, but it’s true. Cornwall is home to its fair share of idyllic stretches of coastline, but by far the prettiest is Kynance Cove. Located in the most southerly part of the U.K. on the Lizard peninsula, it’s a designated Area of Outstanding Natural Beauty and for good reason. The golden sandy bay is encircled by rugged wild and woolly headlands, clear blue waters and plenty of islands and caves to explore.

Is this England’s Coolest City? 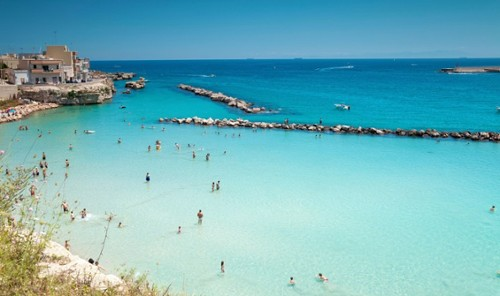 If you’ve traveled through Tuscany, uncovered Umbria and ambled along the Amalfi Coast, Puglia should be next on your Italian itinerary. This sun-kissed spot in the heel of Italy’s boot is a region of knotted olive groves, vineyards and tourist-free coastlines. The best beaches are in the Porto Cesareo area, dubbed the Maldives of Italy for its sugar-white sand shoreline and sparkling turquoise sea. The town itself overlooks a lagoon that bobs with fishing boats and as such, it’s a top spot for seafood. Grab a gelato and beach hop between Torre Lapillo Bay and the tastily-titled Punto Prosciutto.

This article was originally published by Jetsetter under the headline 11 Secret European Beaches. It is reprinted here with permission.

Fly Round-Trip to the Philippines, Incl....