One doesn’t travel to San Francisco to sit indoors. The City by the Bay’s charm can only be soaked up by driving down the steep Lombard Street, walking along the wooden planks of Fisherman’s Wharf, and climbing Russian Hill in a creaking cable car. In other words, you must get outside and hit the hilly streets to experience the best of what the Bay Area has to offer. According to the San Francisco Travel Association, the northern California city welcomed 24.6 million visitors in 2015, a 2.7 percent increase from 2014. So to help you make the most of your trip to San Francisco, we rounded up 10 of the best outdoor sights. 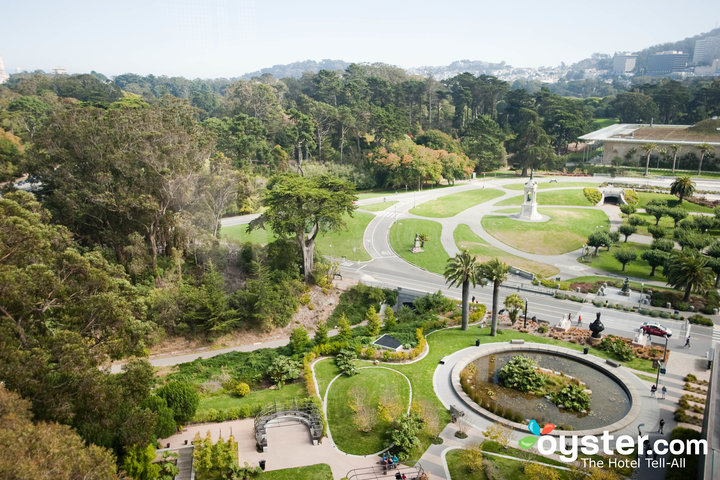 When you think San Francisco, the first image that likely pops into mind is the iconic, 4,200-foot long Golden Gate Bridge. The $35 million structure, which connects the city to Marin County, opened in May 1937 and at the time was the world’s longest suspension bridge. Today, you can drive across in a car, take a free historical walking tour, or rent bikes to ride along it. Remember to stop by the welcome center to brush up on the history of the bridge before venturing out.

When you start itching for some greenery, make your way to Golden Gate Park. The public urban oasis offers more than 1,000 acres to jog, cycle, hike, picnic, play a round of frisbee, or just bask in the California sunshine. The grounds are also home to attractions like the San Francisco Botanical Garden, de Young Museum, and Japanese Tea Garden, in case you’re looking to squeeze in some more sight-seeing. 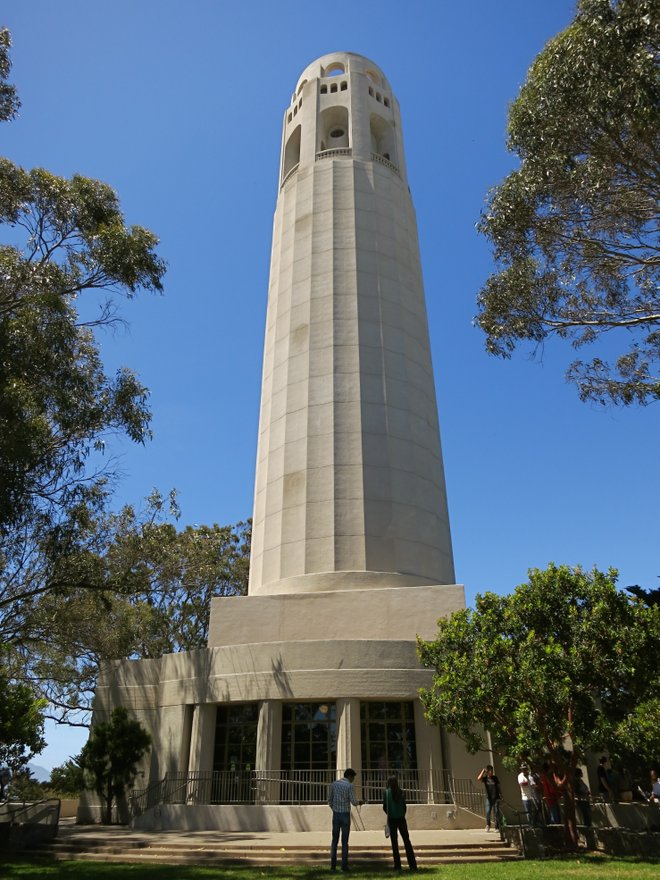 Want to witness jaw-dropping 360-degree views of San Francisco? Head to the 83-year-old, 210-foot-tall Coit Tower on top of Telegraph Hill. For a fee, visitors can ride the elevator up to the observation deck to view the Bay Bridge and Golden Gate Bridge, among other sights. Don’t miss the Diego Rivera-style murals once inside the tower, too. As for where the tower gets its name, Lillie Hitchcock Coit, a wealthy San Franciscan and honorary member of the Knickerbocker Engine Co. No. 5., financed the building of the structure. And no, it wasn’t built to resemble a fire hose—that’s just a city myth. 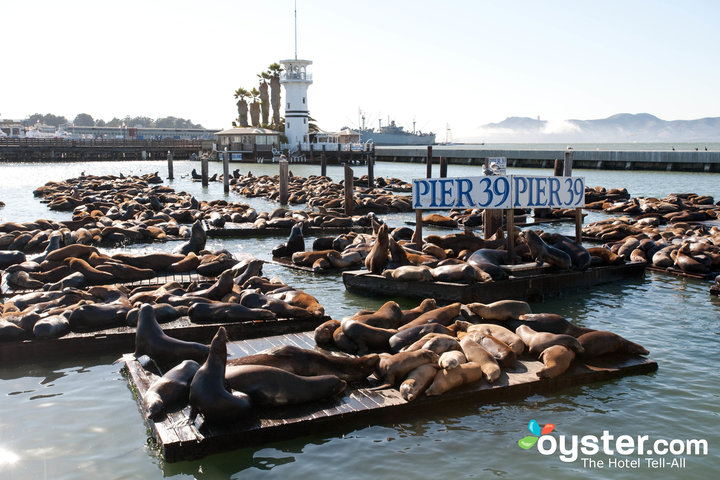 Sit on the dock of Fisherman’s Wharf and watch the tide drift away. The wharf, which stretches across the northern waterfront area of San Francisco, offers plenty of restaurants, bars, and activities. From here, travelers can take boat trips to Alcatraz Island, stroll through Fish Alley, rent bikes and pedal across the Golden Gate Bridge, and of course, visit the barking sea lions at Pier 39. The adorable creatures took over the pier in 1990 after they were reportedly driven there by the Loma Prieta earthquake in 1989. 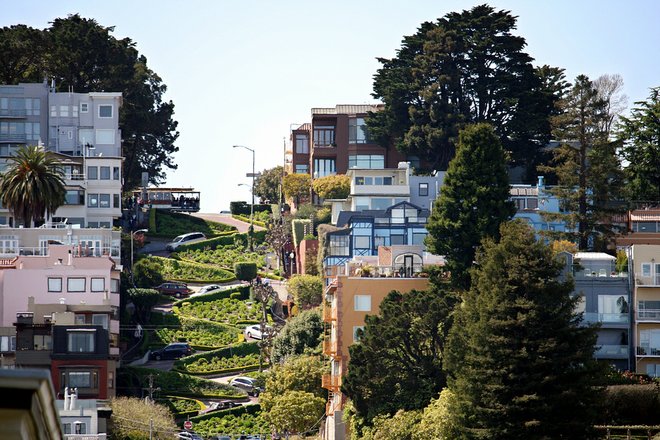 Lombard Street, which is one of steepest and most crooked streets in the world, is often packed with cars that slowly weave their way down through the flower hedges. Those without a car can enjoy Lombard Street’s walking paths, which are perfect for snapping some photographs. Plus, travelers can also catch the Hyde Street cable car, which jiggles through Russian Hill on its way to Fisherman’s Wharf. At the top of Lombard Street, travelers can spot Coit Tower and Bay Bridge. But why’s the street so crooked, you ask? The switchbacks help drivers get down the steep hill safely. 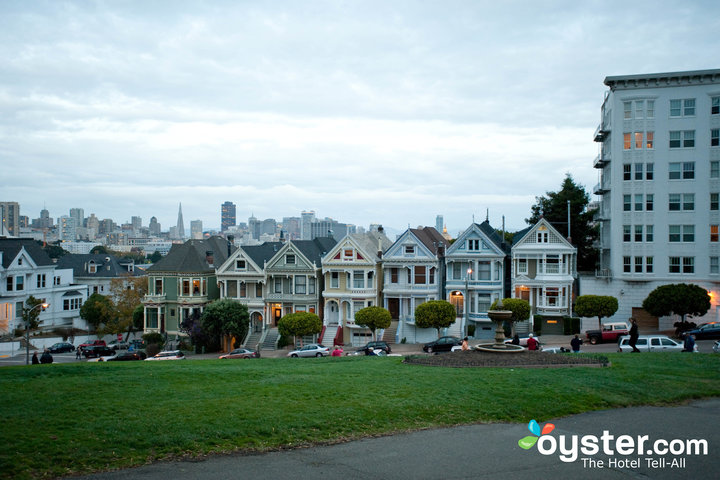 Pretend like you’re in the opening credits of the ‘90s sitcom “Full House” and plan a picnic at Alamo Square at Hayes and Steiner Streets. This area is referred to as Postcard Row because it’s one of the city’s most photographed attractions. Go check out what the fuss is all about yourself. The park sits in front of the Painted Ladies (or row of Victorian houses) as well as the San Francisco skyline. Note: the park is unfortunately closed until the end of 2016 for renovations, but there’s a viewing area on Steiner Street for tourists who want to take some pics. Angel Island welcomed one million immigrants from 1910 to 1940. Today, the 740-acre island, which became a California State Park in 1954, offers stellar areas to camp, hike, and bike. But the island has a dark past, too. Chinese immigrants were kept here for years after the passage of the Chinese Exclusion Act of 1882. And during World War II, the island was an internment camp for Japanese and German POWs. To reach the island, take a public ferry or private boat. And be sure to grab a map at the visitor center. Once you arrive, you’ll also find a museum and waterside cafe to keep you occupied. 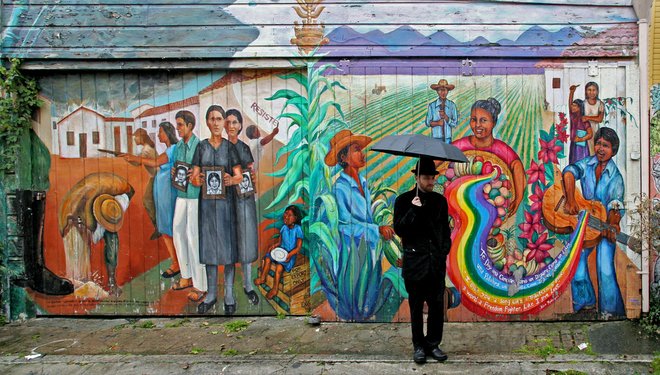 San Francisco is a city that has always embraced art. Case-in-point: Balmy alley, the one-block outdoor gallery in the Mission District. The murals, which are constantly changing, started popping up here in the mid-1980s to protest the human rights and political conditions in Central America. Book a walking tour with a guide. And if that’s not enough of an art fix, head to Clarion Alley, which was inspired by Balmy Alley and features some more masterpieces. 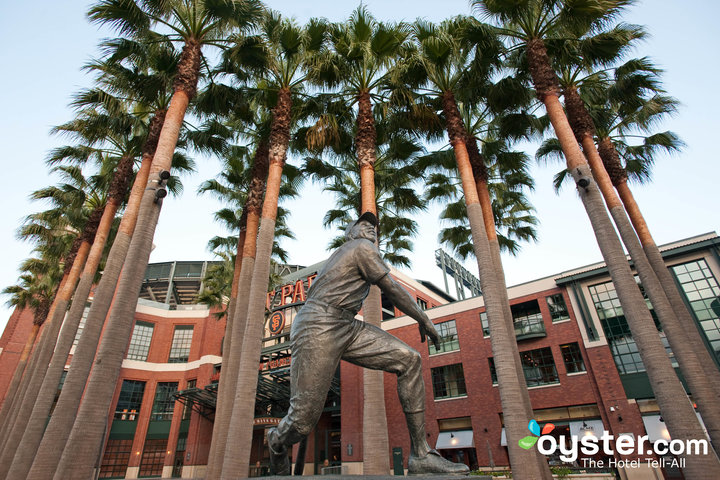 AT&T Park, which opened in South Beach in 2000, is home to the San Francisco Giants. Here, you might find baseball fans hanging out in their kayaks in McCovey Cove, ready to catch some home-run balls. Aside from exciting baseball games, the stadium offers behind-the-scenes tours and multiple restaurants. Fuel up on porcini donuts at Rich Table, pizza at Tony Gemignani’s Slice House, and Sheboygan bratwursts. 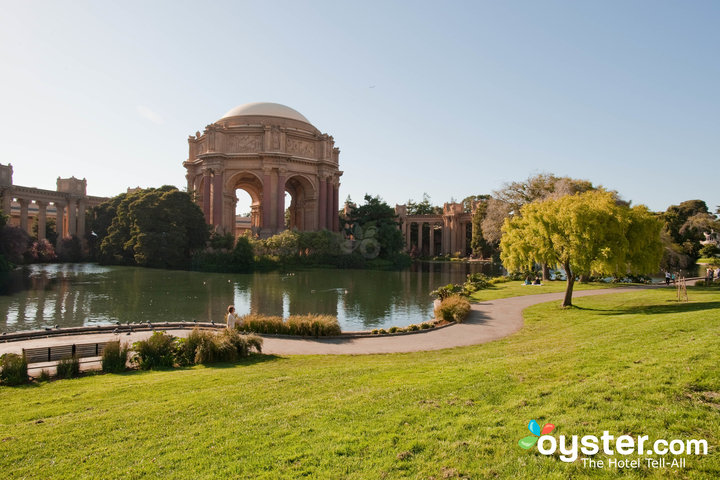 These days you may have to dodge Pokémon Go players, but the Palace of Fine Arts still provides a beautiful respite from the bustling city life. Marvel over features like colonnades and a Greco-Roman-style rotunda, which were designed by Bernard R. Maybeck. Constructed in 1915 for the Panama-Pacific International Exposition, the palace was actually meant to be temporary. But private and public funding saved the structure, which was then later rebuilt in 1965. Built around a manmade lagoon, the setting is now used as a wedding venue as well as a space for art shows, live musical performances, and more. 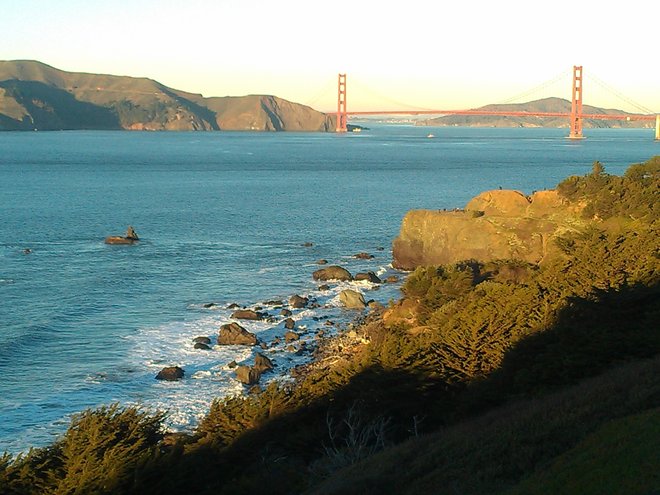 On the rugged shoreline in the Golden Gate National Recreation Area lies a cypress-bordered park that goes by the name of Lands End. From here, travelers can access the Coastal Trail and walk approximately 15 minutes to the Cliff House and Sutro Baths. When the weather is clear and sunny, the park also serves up stunning views of the Golden Gate Bridge, so make sure to bring your camera.

This article was originally published by Oyster under the headline 10 Outdoor Attractions You Can’t Miss in San Francisco. It is reprinted here with permission.