Visiting San Francisco can be overwhelming, just for the sheer amount of wonderful things there are to do and see. How to pare down the endless list of worthwhile San Francisco attractions? Just refer to our list below.

The Must-See Attractions in San Francisco

Here are the top attractions to check out when you come to San Francisco. 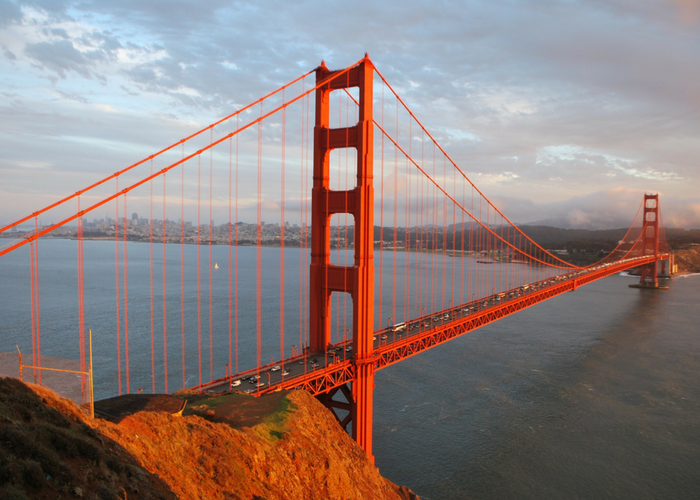 Spanning 1.7 miles from scenic Fort Point to Marin’s headlands, 120,000 cars drive across the Golden Gate Bridge daily. When it debuted in 1937, it cost $0.50 to cross this magnificent landmark by automobile. The toll has since changed (it was $7.75 at publication time) but the awe-inspiring architecture has not. Experience it for free—and see the bay in all its splendor—by walking or biking across. 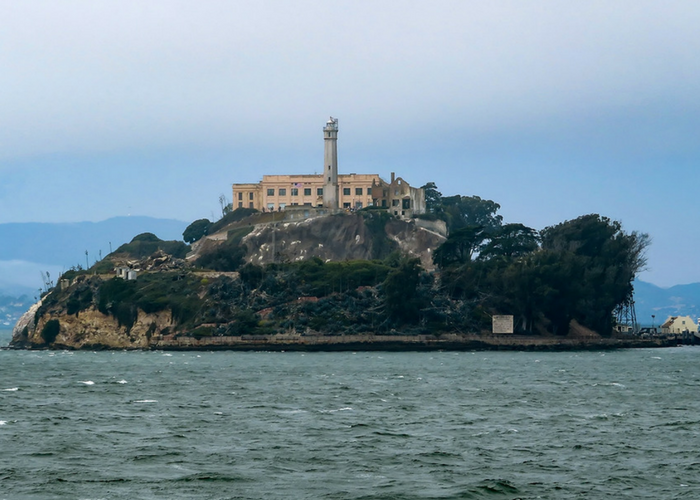 Relive some dark spots of U.S. history on “the Rock,” where you can stand in the prison cells of notorious criminals like Al Capone and George “Machine Gun” Kelly. This natural outcropping in the middle of San Francisco Bay served as an inescapable federal penitentiary between 1934 and 1963. Today, it’s part of the 80,000-acre Golden Gate National Recreation Area, which encompasses many worthwhile San Francisco attractions.

A fascinating audio tour helps visitors understand what life on Alcatraz was like for the prison’s doomed convicts. Ferries to the island depart from Pier 33, and reservations are required. 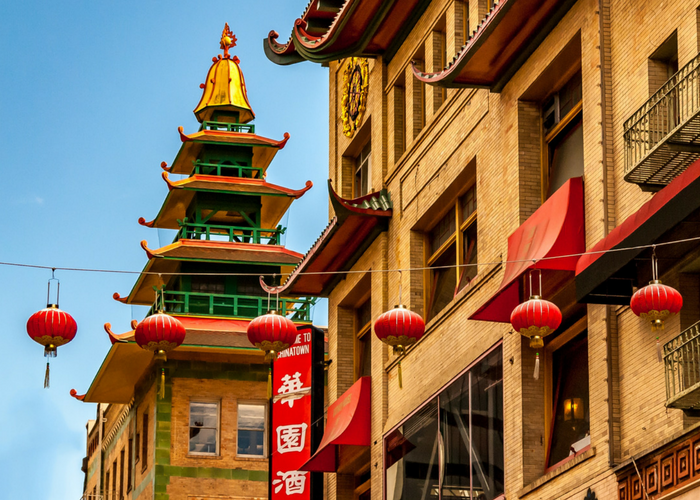 When you’re deciding on places to visit in San Francisco, don’t forego the 24 lively blocks that comprise Chinatown toward the northern end of the city. Enter through “Dragon’s Gate” on Grant Avenue and walk up into these bustling lanes; they’re packed with tourist-friendly shops, colorful markets, authentic restaurants, fragrant tea shops, and small pagodas and temples. Don’t miss the Golden Gate Cookie Factory on Ross Alley, where every day, two women hand make 20,000 fortune cookies. 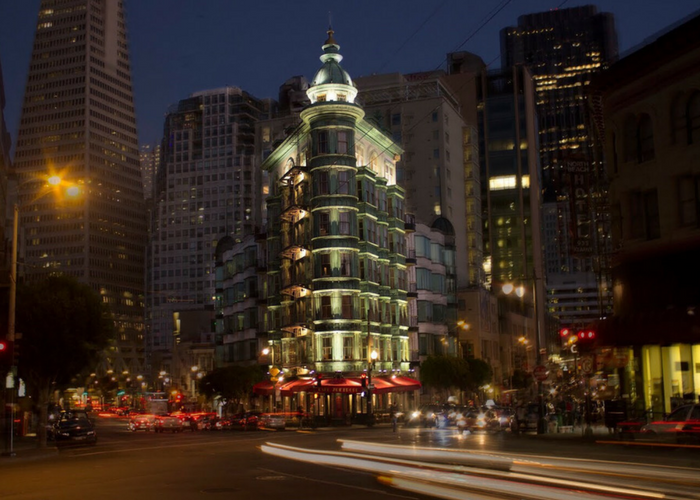 Presiding above North Beach is historic 210-foot Coit Tower, where you can get a fantastic bird’s-eye view across the bay. Take the elevator, or climb about 400 stairs, to get to the viewing platform, and keep your eyes peeled for the famous green parrots of Telegraph Hill. 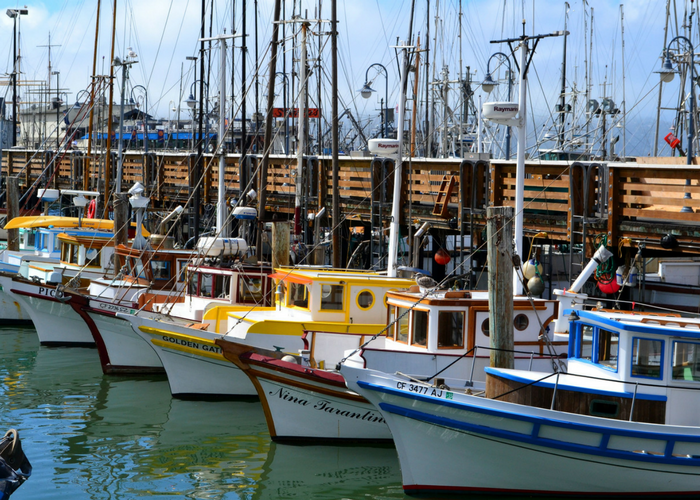 You haven’t gone San Francisco sightseeing if you haven’t seen Fisherman’s Wharf and its festive Pier 39, San Francisco’s most visited destination. Jutting out over the bay, the pier’s carnival-like collection of attractions, food vendors, shops, and live entertainment makes for a very cheerful way to spend a day. Add spectacular ocean views, the fascinating Aquarium of the Bay, plus a hilarious colony of California sea lions on the marina’s western docks, and you’ve got an experience you won’t soon forget.

Step off the pier into Fisherman’s Wharf to see talented street buskers, stands selling hot clam chowder, and quirky attractions like the Musee Mecanique, Madame Tussauds wax museum, Ripley’s Believe It or Not!, and the San Francisco Dungeon. 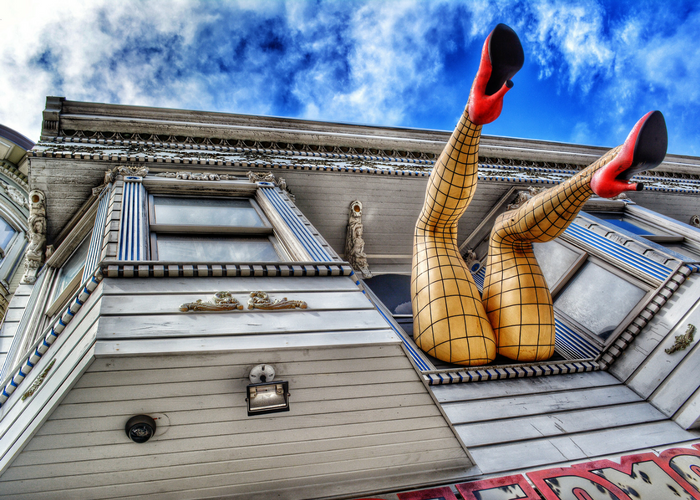 If you’re looking for historical places to visit in San Francisco, remember that the Haight Ashbury district was the epicenter of the revolutionary 1960s counterculture—and yes, there really is an intersection of streets called Haight and Ashbury. Today, this neighborhood retains much of its “Summer of Love” hippie-bohemian vibe, despite some gentrification.

Psychedelic history lives on in the former homes of Janis Joplin and the Grateful Dead, amid an eclectic mix of vintage shops, organic restaurants, and rockin’ nightlife. Don’t miss Amoeba Music, the beloved record store, or Piedmont Boutique’s famous giant legs dangling out the window. 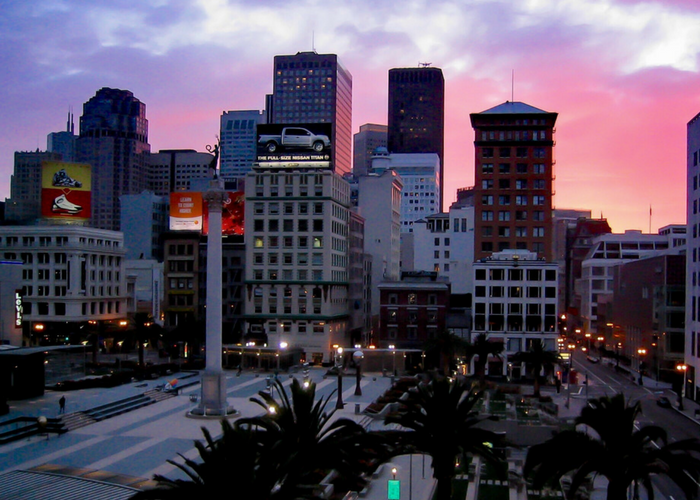 Union Square is a convergence of many things to see in San Francisco. At the center of it all is the Dewey Monument, a tall, triumphant sculpture of Nike, the goddess of victory, that went up in 1903 to commemorate Admiral George Dewey’s success during the Spanish-American War. Bustling around the square itself is the city’s shopping and cultural hub.

This very active district contains San Francisco’s major entertainment venues—the Orpheum and the Curran theaters, both of which put on Broadway-level shows—plus any luxury brand name you’d want, from Tiffany & Co. to Jimmy Choo to Hermes, sold in intimate boutiques as well as in luxury department stores including Saks Fifth Avenue. 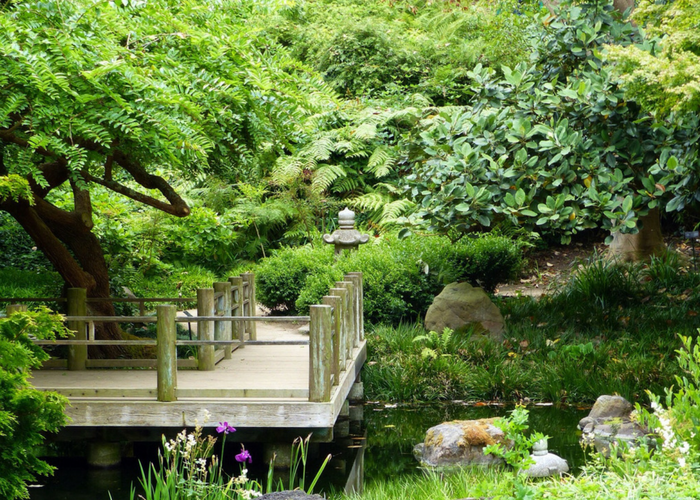 One of the largest urban parks in the world (it’s bigger than NYC’s Central Park), Golden Gate Park forms a long and narrow rectangle jutting from the breakers three miles into the city. On weekends, its main drive closes to let people bike and jog between the gardens, lakes, and museums.

Indeed, many of the best things to see in San Francisco are right here in Golden Gate Park: the amazing California Academy of Sciences, the expertly curated de Young Museum, the magical Conservatory of Flowers, and the memorable Koret children’s playground and carousel. These 1,017 acres are also home to lovely windmills and tulips, a small herd of American bison, idyllic ponds with pedal boats, and the annual Outside Lands festival, a major musical event that has presented headliners like Muse and Tom Petty. 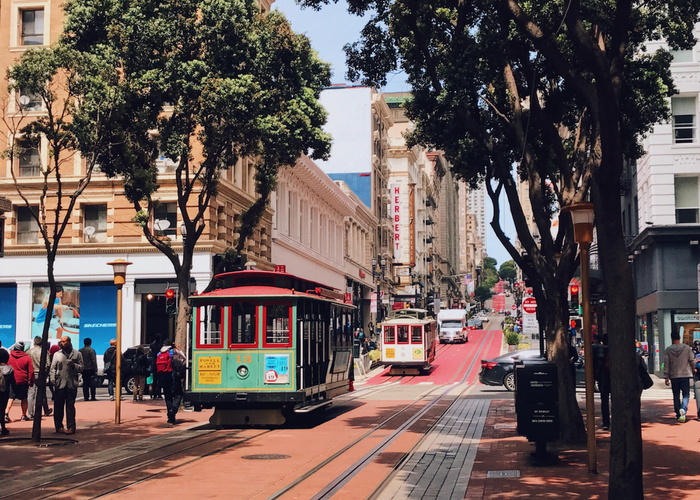 More than a century after the cable car system’s creation for transportation purposes, these dinging trolleys operate today more as a key San Francisco attraction—and are absolutely worth the experience. Sit outside and hang on tight as an underground cable pulls your adorable mode of transit over clicking tracks during an exhilarating open-air ride.

Take the line that stops at Lombard, often called the crookedest street in the world (though it’s not) to see this famous attraction on Russian Hill, with its banks of flower gardens, gorgeous bay views, and circa-1922 hairpin turns that manage the hill’s steepness. Get your best Instagram shot from the bottom looking up. 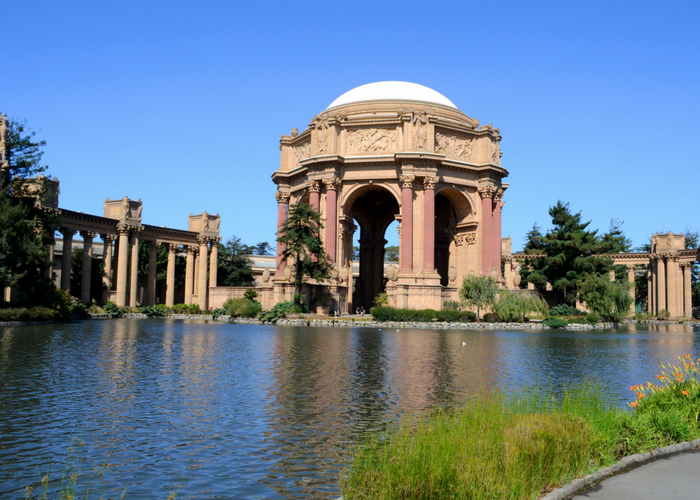 If you’re interested in architectural San Francisco sightseeing, don’t leave the majestic Palace of Fine Arts off your list. The ornate Beaux Arts-style domed monument in the peaceful Marina District, with its many Greco-Roman columns, is the city’s most popular spot for engagement photos, a testament to the place’s beauty and elegance.

It was originally built for the 1915 world’s fair in San Francisco, and its picturesque pond is frequented by swans and migrating birds. An adjoining theater presents shows and special events.