Do you want to join our exclusive email list?

It’s not often that an entire city is recognized by UNESCO as a heritage destination. In fact, until recently, it had never occurred in the U.S.

UNESCO spends most of its time highlighting historic sites like Angkor Wat in Vietnam and the Acropolis in Athens, Greece. But the organization looked stateside last fall to honor America’s first official World Heritage City—Philadelphia.

In late 2015, the City of Brotherly Love joined a list of about 250 other World Heritage Cities, including Paris, Vienna, Macao, Cairo, Jerusalem, and Istanbul. But that wasn’t the first time it was recognized that year—modern pilgrims flocked to Philadelphia when Pope Francis visited in August. This is shaping up to be a big year for Philadelphia as well: Lonely Planet ranked it the best U.S. city to visit in 2016, and in July it will shine as the host of the Democratic National Convention.

There’s no question about it—Philly is having a moment.

This newly achieved top status may come as a surprise to those who have largely considered Philadelphia a no-frills, working-class hub with a reputation for its cheesesteaks and sports fans. But the reality of the newly bestowed recognition is that Philadelphia, “The Cradle of Liberty,” is one of the most historic cities in the 240-years-young United States, and is rivaled only by Boston when it comes to its patriotic ancestry credentials.

But what exactly gives Philadelphia an edge over every other bustling American metropolis? A lot, as it turns out. 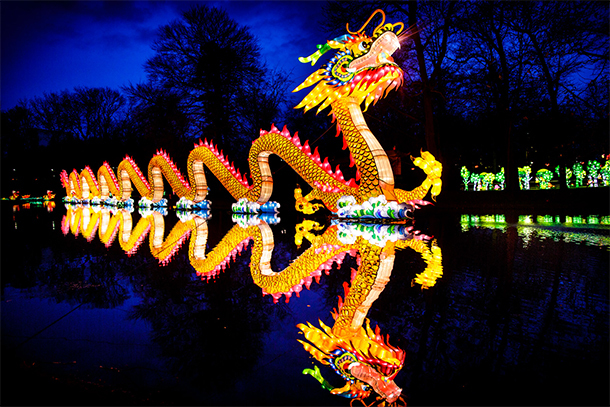 Philadelphia was founded in 1682 by Quaker and philosopher William Penn, who envisioned the city as a town filled with green spaces and laid out five massive “Publick Squares.” Penn’s vision is still intact today as the city manages to maintain 10,000 acres of urban parks perfect for outdoor festivals and events.

This spring, for the first time in the Northeastern U.S., Philly’s historic Franklin Square will be taken over by 25 enormous paper and light sculptures for a Chinese Lantern Festival. The festival structures will be up between April 22 and June 12, and will include a three-story pagoda, massive paper flower displays, and an enormous traditional Chinese dragon, all filled with synchronized LED lights. 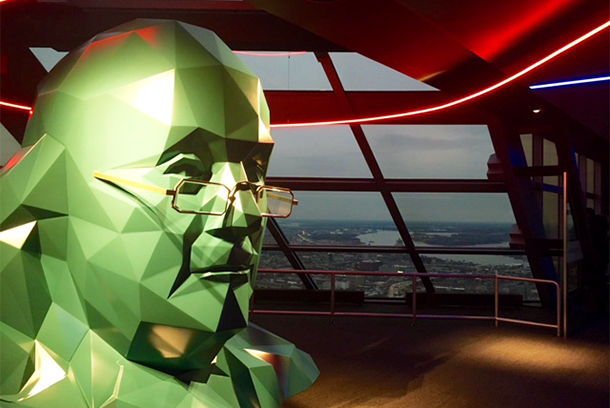 Brush up on Philly’s UNESCO-worthy history at Independence National Historical Park and One Liberty Observation Deck.

At Independence Park you’ll walk by what historians presume to be the site of the country’s first White House (a modest structure then called the President’s House), plus stand alongside the Liberty Bell, which rang out following the Declaration of Independence’s signing in 1776. This urban national park and the Liberty Bell are free to visit, and are steps from Independence Hall—where the Declaration and U.S. Constitution were debated and adopted.

The newly opened observation deck at One Liberty Place offers a more modern history lesson. With the help of 360-degree views and interactive digital texts, you’ll be able to read the stories behind the hundreds of sites seen from the 57th floor. From South Philly cheesesteak spots to museums and landmarks along the Delaware and Schuylkill Rivers, select the sites you want to learn about and take your opportunity to snap photos from a birds-eye view.

This year’s Philadelphia International Festival of the Arts (PIFA) will include more than 60 performances—including international performance artists and acrobats, interactive light and sculpture installations, musical acts, comedy performances—and the city’s largest street fair. The events will span across the Kimmel Center for the Performing Arts’ outdoor campus from April 8 to the 23rd.

But the art doesn’t end with the festival. From Picasso and Pop Art exhibitions at the Barnes Foundation and the Philadelphia Museum of Art, respectively, to outdoor marvels like the Philadelphia Magic Gardens and colorful and intricate street murals, there’s something for the artist in everyone around every corner, year-round.

A Food Scene Worth Sampling

If the only Philly food you know of is cheesesteaks, it’s time to see the city’s culinary happenings for yourself. Sure, the simplicity of a greasy cheesesteak on South Street is a must-taste—but 9th Street’s fresh Italian street market, tantalizing confections at Shane’s in Old City, and funky cheese boards with perfect wine pairings at Talula’s Garden in Washington Square tell more of the story of this city’s booming food scene..

To eat and drink like a local, take a food or beer tour with Urban Adventures Philadelphia. Each of its small tour groups are assigned a seasoned local to guide you through (and educate you about) whatever you’re craving, from beer in microbreweries and bottle shops to small bites from the Italian Market and street food vendors.

RELATED: The New Food and Drink Capital of the World Will Surprise You 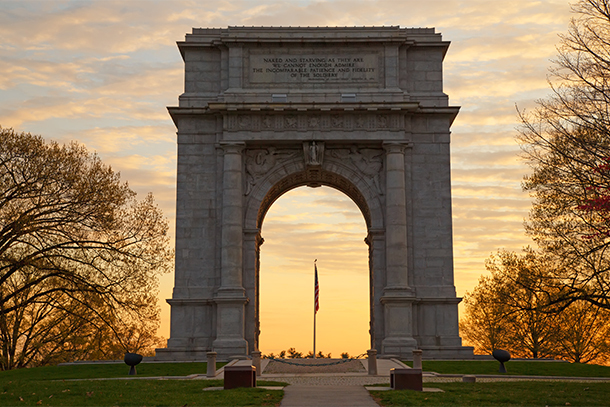 Philadelphia is arguably the best urban place to celebrate the centennial of the National Parks Service.

Contrary to popular belief, the 3500 acres of greenery at Valley Forge never saw a battle. It served as the Continental Army’s encampment during the Revolutionary War. Visitors shouldn’t miss nearby Washington Memorial Chapel, which serves as a long-standing monument to General Washington and his servicemen. It’s unique among tourist-frequented churches and cathedrals, as its stained glass and icons depict somber soldiers and the American founding fathers rather than religious figures.

Considering it’s one of the biggest cities in the U.S., Philadelphia’s cost of living is remarkably low—but that may not last long. The new tourism boom is already hinting at pricier hotel rates. When the Pope visited the city in 2015, many hotels seized the opportunity to raise rates, and if they’re willing to upcharge people who were making a pilgrimage, they’re they’ll definitely raise prices for tourists once the demand can support it.

But for now the cost is still low, with most hotels offering rates under $150 per night. Paired with free attractions and restaurants priced far below those in New York, Boston, and San Francisco, it’s still easy to find great value in Philadelphia

There’s no shortage of sites to see in Philly, especially in places you’d least expect. Get off the beaten path in spots like historic Elfreth’s Alley. Philadelphia’s answer to Boston’s Beacon Hill, the tiny, cobblestone neighborhood has a dark backstory involving a hanged revolutionary soldier. Even those who don’t know the tale will likely stop for a photo op in front of the eerie colonial-era alley of homes.

Or head to the Eastern State Penitentiary for a peek at the retired stone prison that housed notorious inmates like Al Capone. Capone’s cell has been restored to look as it did when he resided there—complete with antique decor and oil paintings. Surprising art installations also make this prison an unlikely museum.

So after centuries out of the spotlight, it seems it’s Philly’s time to shine again. And it’s ready.