Germany and Austria are a work in progress—each country has great and innovative museums and galleries to share its culture with its many visitors. Here’s the latest for 2015.

While trains are usually the easiest way for Americans to get around Germany, ultra-cheap buses are a new option worth considering. The main bus lines are MeinFernBus (with the most extensive network), FlixBus, and Berlin Linien Bus. With fares that can allow you to cross Germany for just €15—and with depots or stops near major train stations—these buses can be a great value.

Munich’s new Egyptian Museum, right in the middle of the city’s museum quarter, is well worth a visit; it’s custom-built to evoke the feeling of snaking your way through an ancient tomb. Nearby, the new Nazi Documentation Center, filling the site of the former Nazi Party headquarters, will cover the rise and fall of Nazism, with a focus on Munich’s role. It’s slated to open on April 30—the 70th anniversary of Munich’s liberation from Nazi rule. The Halls of the Nibelungen in the Residenz palace and the Frauenkirche’s iconic twin towers remain closed in 2015. 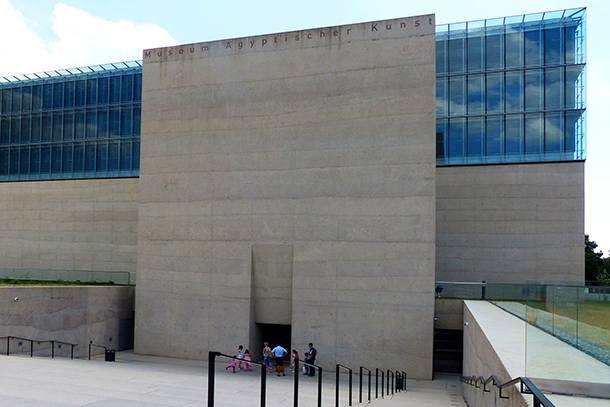 In northern Bavaria, Rothenburg has added informative plaques along its medieval town wall and hopes to follow up in 2015 with a matching English-language brochure (which I am happily helping edit).

Nearby in Nurnberg, the city’s Historic Art Bunker has opened to the public. It’s a series of cellars deep inside the rock of Castle Hill, where precious artwork was carefully safeguarded from the WWII air raids that devastated the city. The only way to visit the now-nearly-empty bunker is on a once-daily tour (in German, but the good audio guide is in English).

In Frankfurt, the Museum Judengasse is closed until at least the fall of 2015. Located next to the Jewish Cemetery and Holocaust Memorial, the museum includes a data-bank record on each Frankfurt Jew deported and murdered by the Nazis.

Koblenz, site of the Deutsches Eck—the patriotic spot where the Rhine and Mosel rivers converge—is home to the new Forum Confluentes, a modern cultural center/art museum that also houses a library and restaurants. On the Rhine near the town of St. Goar, the Loreley Visitors Center has closed and is not likely to reopen.

In Trier, a new hop-on, hop-off bus tour covers the amphitheater, basilica, and Karl Marx’s house, before venturing to Petrisberg for great views over Trier and the Mosel Valley. Wittenberg’s Castle Church, where Luther nailed his Ninety-Five Theses, is being renovated and should be open again in early 2017, in time for the 500th anniversary of the start of the Reformation.

Dresden’s Royal Palace, destroyed during World War II, is currently being rebuilt, with galleries opening to the public as they are completed.

In Berlin, the famous Pergamon Altar at the Pergamon Museum will be off-limits to visitors until 2019, as the museum undergoes major renovation (but its Babylonian Ishtar Gate still makes the museum worth a visit).

Work continues on Hamburg’s massive Elbphilharmonie Concert Hall, which is staggeringly over budget and behind schedule (due to wrap up in spring 2017 at the earliest).

In Austria, Vienna has just finished building an impressive new main train station in the location of the former Sudbahnhof. Most trains depart from the new station, though some trains still leave from the city’s other stations. To save money on the popular route between Vienna and Salzburg, consider the private Westbahn rail service, which charges half the price of the national-network trains. It’s currently based in the Westbahnhof, but may move its service to the main station (Hauptbahnhof)—check when booking.

The Vienna Boys’ Choir has another venue for performances: MuTh, a concert hall in the Augarten public park, which also hosts shows by the Vienna Children’s Theater, children’s operas, classical concerts, and pop music. The Boys’ Choir performs here on Friday afternoons in September and October.

Between Vienna and Salzburg, the Mauthausen Concentration Camp Memorial no longer charges for admission. The museum (in a barracks within the camp) was recently renovated, presenting a chronological history in English, including stories of camp inmates and Nazi officers, along with bone-chilling artifacts.

Salzburg has packaged some of its central Old Town sights into a single €12 “DomQuartier” ticket, covering sights at the Residenz, Cathedral, St. Peter’s Abbey Museum, and Franziskanerkirche.

In Reutte, a new 1,200-foot-long pedestrian suspension bridge now links Ehrenberg Castle with the difficult-to-reach Fort Claudia across the valley. The bridge soars more than 300 feet above the valley floor.

With all these new sights for 2015, it’s a wunderbare time to visit Germany and Austria, whether it’s for a spring fling to Berlin, a summer cruise on the Rhine, or an alpine adventure in the Austrian Alps. Happy travels!