Eastern Europe has experienced more change in the last generation than any other corner of Europe. With war-era grandpas now gone, across the former Warsaw Pact zone new museums and memorials deal candidly with the dark side of Communism—and Fascism before that. And now that the economy is perking up (with European Union help), impressive renovations and infrastructure improvements are springing up across the region. Here’s the latest.

In Prague, the National Museum on Wenceslas Square is slated to wrap up a years-long renovation. By mid-2015, visitors should be able to see its interior, richly decorated in the Czech Revival style that heralded the 19th-century rebirth of the Czech nation. The city’s Vysehrad river embankment is a fun place to hang out, having been recently spiffed up with cafes, restaurant barges, and a lively farmers market on Saturdays.

Direct trains from Prague to Vienna are now operated by RailJet (Austrian high-speed service), which makes the journey in just over four hours, a half-hour faster than the previous EuroCity service. Prague is no longer connected to Amsterdam via a night train.

It was huge news when Poland’s own John Paul II became a Catholic saint, causing construction at sights dedicated to the pope to go into full swing. In Krakow, construction is ongoing at the new St. John Paul II Center, which will have a sanctuary and museum. In Wadowice, about an hour outside of Krakow, John Paul II’s family home has been renovated and turned into a museum.

In Warsaw, the Museum of Polish Jews recently opened its permanent collection, showcasing a thousand years of Jewish history in Poland through multimedia displays, paintings, and artifacts. A new airport train conveniently zips travelers to downtown, and an east–west Metro line will open sometime this year. The Srodmiescie (“Downtown”) district has emerged as the city’s hipster dining mecca. 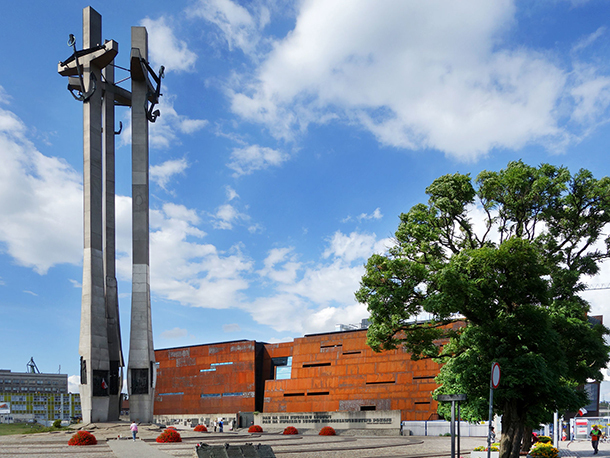 Gdansk’s new European Solidarity Center, located in a rusted-metal building at the entrance to the shipyards where Lech Walesa’s 1980 strikes took place, is one of Europe’s best sights about the end of communism. The shipyards themselves are undergoing a multiyear redevelopment into a “New City” residential and commerce zone—though key Solidarity landmarks are unaffected.

Gdansk has a surprisingly rich Shakespearean tradition. Its new Shakespeare Theater, with its controversially minimalist, blocky, black facade, will host the annual Shakespeare Festival in early autumn, as well as Polish-language productions year-round.

In Slovenia’s capital, Ljubljana, a fun way to travel is via green electric “Kavalir” carts, which transport people around the downtown core for free (just flag one down). The Joze Plecnik House, dedicated to the famous Slovene architect, is closed for renovation until the fall. Metelkova City, a former military installation, is now a colorful, funky, graffiti-slathered squatter’s colony. This Habsburg-built complex—with barracks, warehouses, and a prison—has been transformed into galleries, theaters, bars, and nightclubs.

In Hungary, Budapest’s spectacular Parliament building, with its soaring Neo-Renaissance dome, is one of the city’s top attractions. To ensure a spot on a tour, visitors should pay the extra 75 cents per ticket to book online a day or two in advance. Same-day tickets are sold at the new underground visitors center.

The city has gorgeously restored the March 15 Square as a fine park, with partially excavated Roman ruins on display. Liberty Square’s new Monument to the Hungarian Victims of the Nazis gives the impression that Hungary was a peaceful land unwittingly caught up in the Nazi war machine (when it actually was an ally of Nazi Germany for three years). The square in front of the Nyugati train station will be renovated over the next few years, so the station area will likely be in transition, with many services and tram stops temporarily relocated.

Budapest’s Franz Liszt Academy of Music has been stunningly restored inside and out, and concerts here are much more affordable than at the Hungarian State Opera. The Museum of Fine Arts, a giant collection of mostly European art in Budapest’s City Park, is closed for renovation, likely through 2017. Budapest has embarked on ambitious plans to build a new “Museum Quarter” in the corner of the City Park, near today’s 1956 Monument. Eventually this will consolidate several far-flung museum collections.

The Budapest Zoo turned an old amusement park into Holnemvolt Park, with exotic animals, puppet shows, pony rides, and some favorite rides from the amusement park. And Budapest now has its own Ferris wheel—the Budapest Eye (a.k.a. the Sziget Eye), located in Elisabeth Square.

From north to south, the countries of Eastern Europe continue to experience extensive growth and change, making this an especially exciting and vibrant time to visit.