You might think that the increased security at airports around the world would deter would-be smugglers, but you’d be wrong.

Motivated most often by profit, passengers have been caught with a jaw-dropping array of items, from tiger cubs and monkeys to exotic fish and even a human corpse. And while smuggling is certainly no laughing matter, these stories of failed subterfuge are, in equal parts, bizarre, outrageous, and funny.

Weirdest Things Smuggled on an Airplane 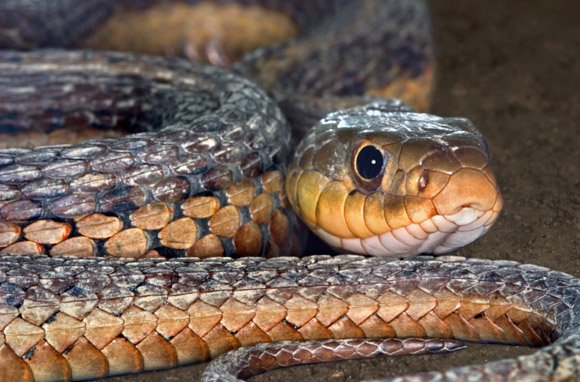 Snakes on a Plane, Almost

In a particularly memorable baggage malfunction, headlines were made this September when the luggage clasp of a known wildlife smuggler broke in an airport, depositing a pile of live reptiles on a conveyor belt at Malaysia’s Kuala Lumpur International Airport. The 95 boa constrictors, other snakes, and turtles that the smuggler was attempting to export illegally earned him six months in jail and a $61,000 fine. 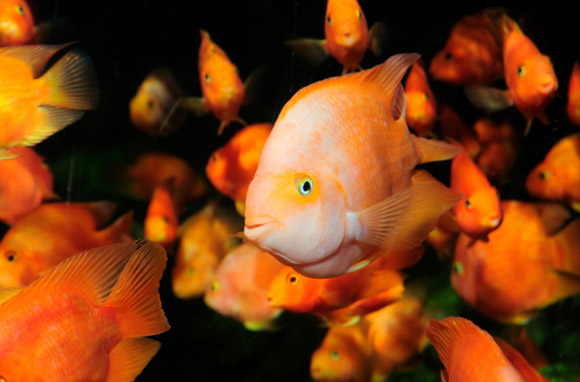 “Flipping noises” alerted officials to the 51 live tropical fish tucked into the pockets of an apron hidden under the skirt of a woman traveling from Singapore to Australia this June. She might have been successful in the hoop skirt era, but not today. As it stands, if the woman is found guilty of smuggling wildlife, she could face an $85,000 fine and serve a 10-year prison sentence.

Ants in your pants: Bad. Forty-four geckos in your underwear? Much, much worse. In early 2010, a German man was caught trying to sneak 44 endangered geckos and skinks out of New Zealand in pouches sewn into his underpants. The man claimed the lizards, which can sell for as much as $2,000 each, were for his personal collection. 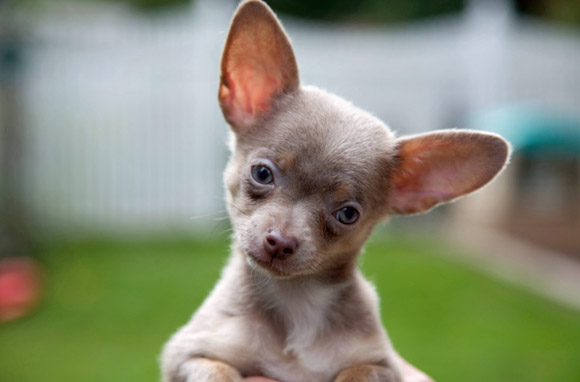 Small dogs in handbags are as plentiful as paparazzi pictures of teacup-dog toting celebrities. But in late 2009, customs officials in Dublin Airport were surprised to find the outline of a Chihuahua in a man’s hand luggage on a security X-ray. Suspecting it was a toy dog, customs officers got a second surprise when they unzipped the bag and found a tiny, and very real, canine. The dog, which according to the Mail Online, was to be a gift, was placed in quarantine. 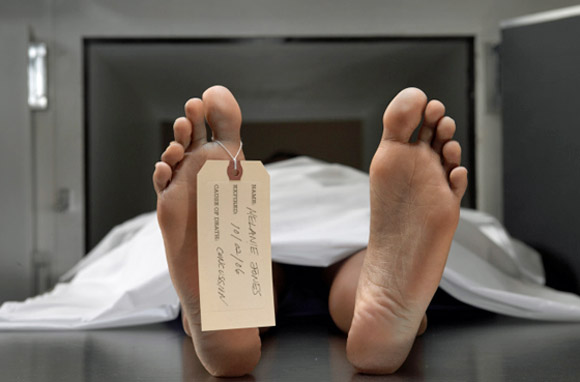 Corpse in a Wheelchair

Plans that resemble the plot from “Weekend at Bernie’s” rarely end well, and this one is no exception. In April 2010, a woman and her adult daughter were arrested after trying to board a plane from Liverpool to Berlin with the woman’s recently deceased 91-year-old husband. The women had placed the corpse in a wheelchair and covered his eyes with sunglasses. Upon discovery, they said they thought he was just asleep. 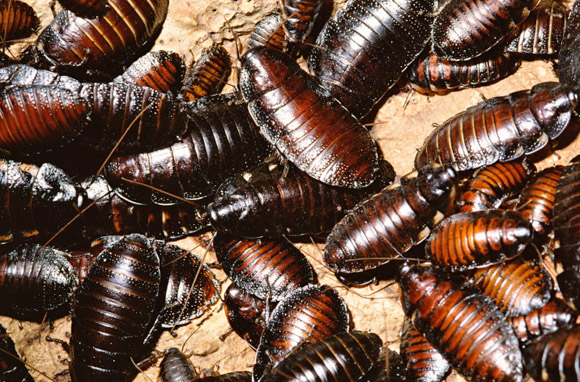 Sometimes, smuggling is collateral; a byproduct of unhygienic conditions. And that, unfortunately, was the case for a number of airline catering companies recently cited for unsanitary conditions. LSG Sky Chefs and Gate Gourmet were among the companies penalized for cockroaches, flies, mice, and “other signs of inadequate pest control.” In other words, you might be getting a little more than you bargained for when those catering companies unload meals for purchase on the country’s biggest airlines. The moral of the story? Keep your carry-ons zipped and bring your food from home. 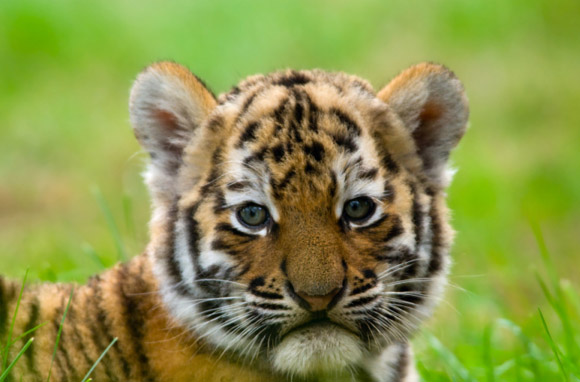 Which one of these things is not like the other? In August 2010, authorities found a sedated two-month old live tiger cub tucked into an oversized bag amidst stuffed tiger toys. The Thai Airways passenger who was heading to Iran from Bangkok claimed she was carrying the bag for someone else. 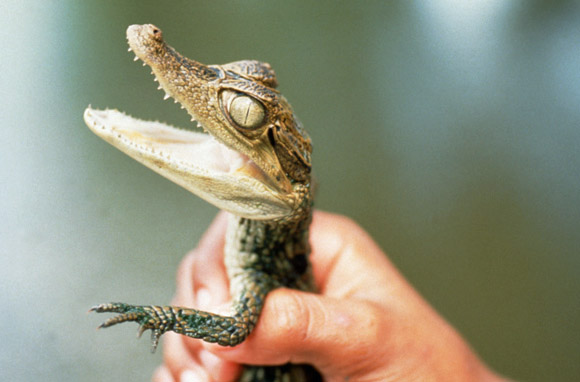 There’s a big, big difference between a crocodile handbag and a crocodile in a handbag. In late 2009, a man was arrested upon landing in South Africa after a flight from Thailand with 70 live animals in his bags. Eight tiny Caiman crocodiles, dozens of snakes, a turtle, and scorpions were among the animals confiscated and quarantined at a South African zoo.

The Problem with All Animal Attractions 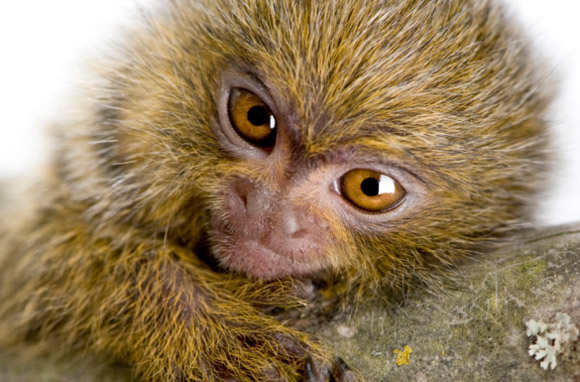 In 2002, employees at Los Angeles International were tipped off to a smuggler when a bird of paradise flew out of his suitcase. But that wasn’t all: The man’s baggage held 50 orchids and three more birds tucked into nylon stockings. And that still wasn’t all. When asked if there was anything else, the man admitted to having a pair of pygmy monkeys in his pants. The monkeys were moved to the Los Angeles Zoo, but all four birds died. 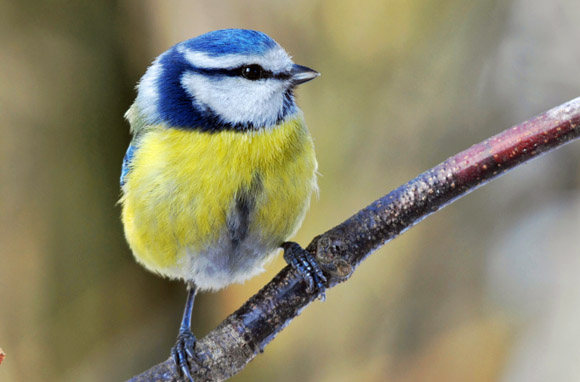 They say you can tell a lot about a man by his shoes. But in May 2009 at Los Angeles International Airport, the socks were the giveaway: Bird feathers and droppings on his socks alerted agents to a man smuggling more than a dozen exotic songbirds in specially made leggings under his pants. Carried this way on a flight from Vietnam to Los Angeles, the man was arrested and the birds put in quarantine at a zoo.

What’s the weirdest thing you’ve ever seen on an airplane? Share your stories in the comments section below!

Editor’s note: This story was originally published in 2010. It has been updated to reflect the most current information.